Physical Sciences
From mobile phones to computers, the devices we use every day are almost universal in their use of electricity for transmitting information through their circuits. However, Dr Richard Hildner at the University of Groningen believes that the capabilities of many modern technologies could improve if they were combined with circuits which operate using light. His team’s work has now brought about significant progress towards this goal, by observing the characteristics of light wave propagation through specialised materials designed to guide them.

To keep our modern civilisation running smoothly, it is critical for engineers and researchers to design systems which can rapidly and reliably transmit vast, continual streams of information to different locations. These systems can encompass an enormous range of scales; on the higher end, they include underseas cables which keep entire continents connected to the internet through light-carrying fibre optics. On smaller scales, and far more visible to us, the electrical devices which are now engrained into our everyday lives use electrons to exchange information between different parts of their constituent circuits, including their processors and memory storage.

According to Dr Hildner, this latter approach currently faces a universal problem: since electrons must generate heat as they move through conducting wires, electrical devices must carry out increasingly complex heat management processes to avoid overheating. These processes require energy, and so the energy efficiency of these devices will degrade over time; potentially deteriorating their performance in turn. The effect is currently severely shortening the lifetimes of many of the technologies we depend on; incurring significant costs for users as they replace their devices more frequently, and requiring more devices to be built using manufacturing processes which are often damaging to the environment. For Dr Hildner and his colleagues, this calls for a fundamental overhaul of the circuits we use to transmit information in modern technologies.

Advantages of active waveguides
Fibre optics are excellent for transmitting light across large distances since they act as ‘waveguides’ – materials whose elongated geometries can restrict the transmission of light to just one direction, while incurring minimal losses of information. With the right approach, nanostructured waveguides can also be used to transmit light on far smaller scales.

Importantly, however, only light waves with specific frequencies, or wavelengths, are allowed to travel inside these structures. Depending on their dimensions, particular waveguides will have a series of discrete frequency values named ‘modes,’ at which light can freely propagate.

In many studies today, waveguides provide an important basis for ‘photonic circuits’ – comparable to electrical circuits, but which don’t feature electron-carrying conductive wires. In particular, Dr Hildner’s team focus on ‘active’ waveguides, containing molecules which can themselves emit light at specific frequencies, and are tuneable to the waveguide’s allowed modes of light propagation. “Since the light to be transmitted in active waveguides is created directly within the waveguide itself, there is no need for an external light source and for complex optics to couple light into waveguides as in today’s standard optical fibres,” he explains. Ultimately, these materials allow physicists to build compact photonic circuits which, unlike their electrical counterparts, don’t heat up as they operate.

Experiments with light-emitting waveguides
In their most recent experiments, Dr Hildner and his colleagues investigated how light is transmitted within ‘organic single crystals’ that form active waveguides. These single crystals are formed from organic molecules which assemble themselves into orderly, largely defect-free structures with unique optical properties. This property is particularly useful since organic molecules – encompassing all molecules containing carbon – are extremely versatile, and can display a vast array of shapes, sizes, and properties. Furthermore, active organic waveguides can have sizes ranging from several nanometres – just a few molecules across; to micrometres – potentially comprising hundreds to many thousands of molecules.

Perhaps most importantly, the types of organic molecule used to build these waveguides can be carefully selected to tune the frequency of the light they emit, ensuring that they emit into appropriate modes propagating within the material. “Since these molecules are part of the active waveguide, their emitted light is largely confined within the waveguide by bouncing back and forth between the boundaries of the waveguide, just like in an ordinary passive optical fibre,” Dr Hildner describes. These numerous advantages have now been widely studied through theoretical calculations. In experiments, however, it is far more difficult to directly measure the physical processes which unfold as light propagates through an active organic waveguide.

Investigating light transmission
Key to Dr Hildner’s research is an advanced understanding of the ‘refractive index’ of organic active waveguides – a number relating the speed of light inside a material to its speed in vacuum. Just like more typical transparent materials like glass, the refractive index of these more advanced materials varies with the wavelength of the light passing through it; in other words, with the mode of the light. This variation can be quantified through the so-called ‘dispersion relation,’ which can be measured by forcing specific molecules to emit light using a laser.

In these experiments, molecules are first excited to higher energy levels as they interact with the laser. Then, as the molecule relaxes back into its original energy state, it emits a photon of light into an appropriate frequency mode. “To measure the dispersion relation, we introduced a new approach exploiting a home-built optical microscope to detect light that leaves the active waveguide at different positions: first, light that leaves the waveguide close to the position of the emitting molecules; and second, light that leaves after transmission through the waveguide,” explains Dr Hildner. The two light waves will arrive at the same detector at different times, despite originating from the same location. A part of this time difference results from the different refractive index of the waveguide relative to air.

Dr Hildner and his colleagues investigate how light is transmitted within active waveguides based on organic single crystals.

Reconstructing dispersion relations
Because light is a transverse wave – similar to those found in the ocean – it displays characteristic peaks and troughs as it travels. When multiple waves merge together, they ‘interfere’ with each other in two possible ways: if their peaks and troughs are aligned, they will ‘constructively’ interfere; resulting in a brighter overall signal on the detector. Alternatively, if they are misaligned, they will ‘destructively’ interfere, and the result will be a darker signal than expected from the sum of the original two waves.

For Dr Hildner’s experiment, if the positions of the two exit points were varied more widely, the peaks and troughs of each resulting light wave would become more misaligned, increasing destructive interference in turn. Dr Hildner’s team measured the differing degrees of constructive and destructive interference in their experiments, thus could determine the degrees to which the organic active waveguide’s refractive index varied for the different modes passing through it.

“By measuring, for instance, the constructive interference pattern as a function of the wavelength, we can directly reconstruct the dispersion relation of the active waveguide, and have access to this fundamentally important relation for light transmission through media,” Dr Hildner concludes. Through further in-depth analysis, the researchers also accounted for factors including the geometry of the waveguide’s crystal edges, and the orientation of its constituent molecules. The insights they have gained into how light travels inside active organic waveguides is a fundamentally important step forward in our understanding of the complex physical processes which play out inside the intriguing materials. 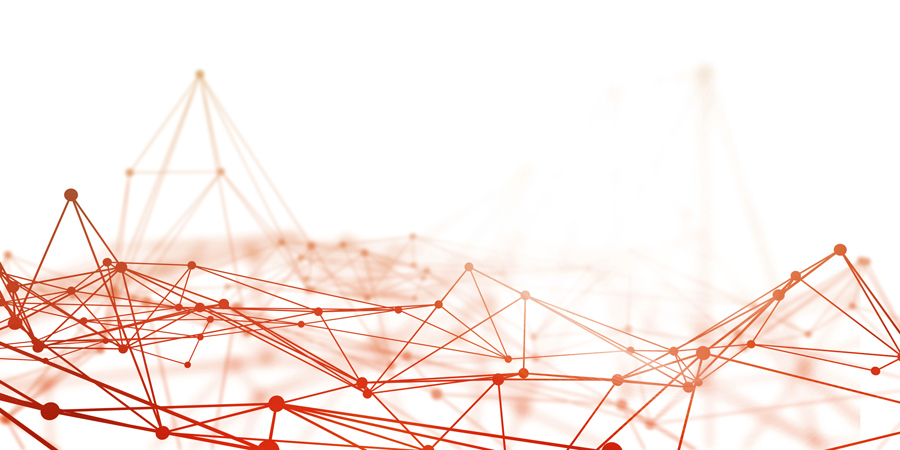 Transforming modern circuits
Having gained a more in-depth knowledge of how light waves propagate through active organic waveguides, Dr Hildner’s team are now in a strong position to study how they could be integrated into more complex photonic circuits in the near future. If successful, these efforts could lead to devices which don’t overheat as they operate, allowing them to perform well for far longer than their current electrical counterparts. Dr Hildner now hopes to explore the possibility for such applications further in future research; potentially leading to innovations which could transform the capabilities of many technologies which are now important aspects of our everyday lives.

What first sparked your interest in this area of research?

<> About a decade ago I got interested in how energy is transported within assemblies of organic molecules, e.g. in the photosynthetic apparatus of bacteria and artificial light-harvesting assemblies. We soon realised that in many of those assemblies transport of energy is accompanied by transmission of light, i.e., the assemblies act as active waveguides as well. It became clear that we had to develop a better understanding of active waveguides and of their properties. 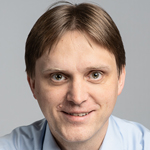 Richard Hildner obtained a PhD in physics from University of Bayreuth in 2008. He has held a position at the Zernike Institute for Advanced Materials (University of Groningen) since 2018.

Rethinking psychiatric medication: An interview with Will Hall
Thought Leaders
Read This Article
More than a just a simple powerhouse: Structure and function of mitochondria
Biology
Read This Article