Health & Medicine
Professor Eadric Bressel of Utah State University has been assessing the positive impact that aquatic exercise can have on motor function. Through a series of experiments, Professor Bressel and collaborators have demonstrated that partial water immersion can improve motor skills and cognitive functions such as memory recall in both young and older adults. This important work indicates a promising therapy for the treatment of age-related conditions and cognitive decline.

As humans age, there is a natural degeneration of brain tissue and a decrease in blood flow to the main cerebral arteries. This degeneration predisposes older individuals to age-related memory conditions, such as mild cognitive impairment, dementia, and Alzheimer’s disease. There is evidence, however, of plasticity in mature brains which might potentially be induced via neurotrophic factors. Neurotrophic factors are a group of biomolecules which mostly consist of small proteins or peptides. A great deal of research has gone into preventing brain degradation as the natural process of aging occurs, in order to minimise the risk of neurodegenerative conditions.

Previous studies have shown that physical exercise can be extremely beneficial in improving long-term memory, extending brain plasticity, and enhancing cognitive functions such as memory recall. From prior experimental work, it has been suspected that aquatic exercise greatly benefits cognition. Aquatic exercise is more appropriate for older individuals and people with conditions such as arthritis, which might impede their ability to undertake physical exercise. Being immersed in water reduces the impact of gravity and relieves pressure on joints, thereby reducing the likelihood of injury.

There is evidence that physical exercise can be extremely beneficial in improving long-term memory.

A group of 26 elderly women who were otherwise sedentary were recruited for a study (Kang et al, 2020) which sought to assess the effect of aquatic exercise on the expression of these neurotrophic factors. The results indicated that BDNF, IGF-1 and cognitive function were significantly improved in the aquatic group. This suggests that aquatic exercise in the elderly increases levels of neurotrophic factors, which enhance brain plasticity and decrease cognitive decline.

Hydrotherapy and age-related conditions
Physical rehabilitation is defined as the implementation of timely treatment using evidence-based methods. How well treatment works depends on factors such as tissue type (biological factors), age of patient (patient-related factors) and the type of treatment (treatment-related factors). Evidence shows that training to improve walking (gait training) in water was much better at improving both gait and mobility in osteoarthritis patients than similar training on land. Adults of varying ages were also found to have improved cognition when immersed in chest-deep water. This could be due to greater blood flow to the main arteries of the brain, meaning more oxygen and nutrients are supplied to brain tissue.

If water immersion improves motor processes, could it also quicken the rate of motor recovery? Motor function essentially means the learning of motor skills, which includes the movement of limbs. The refinement of these motor skills is essential for humans, who require movement to live independently. A common experimental method to measure motor skills is called the mirror drawing task, which asks participants to trace the outline of a shape using the reflection of that shape in a mirror. Improvement in this skill is used as a measure of motor skill attainment.

Professor Bressel asked a group of 64 adults to complete the mirror drawing task while either immersed in water or on land (Bressel et al, 2018). They were then assessed based on their ability to complete the task, and also on their ability to recall a list of memorised words, as well as their hand grip strength. The results indicated that the water-immersed participants became competent more quickly in the mirror drawing task. The results also showed that both memory recall and grip strength were enhanced in the water group.

What factors does hydrotherapy affect?
Hydrotherapy as a form of physical therapy has therefore been shown to improve brain activity in both adults and the elderly. But what exactly are the specific mechanisms and environmental factors behind these benefits?

One seemingly important environmental factor is partial water immersion. This could be due to increased blood flow to the parts of the brain involved in sensory and motor tasks. Previous research on the effect of aquatic exercise has been sparse in relation to the older adult population. This is important because older adults often have compromised physiological interconnections which can impact their postural control or balance, otherwise known as entropy values. Higher entropy values are associated with better balance, while lower values indicate poorer balance. Previous research has highlighted differences in the postural control of older and younger adults, with older adults tending to have lower entropy values.

Professor Bressel and collaborators sought to assess whether water immersion has different effects on older adults’ cognitive functions and measures of balance. They recruited 21 older adults of both genders to participate in a ‘cross over’ experiment, meaning that each group performed each of the experimental conditions. The procedure involved performing either single or dual tasks in water and then again on land. A single task trial meant that the cognitive and motor tasks were performed separately, while the dual task trial meant they were both done together. In the cognitive task participants had to recall letters they had just heard, and the motor task required participants to hold a staggered stance for 90 seconds.

The study found that listening errors during the cognitive task were much higher on land compared to in water. There was little difference in error between the dual or single task trials regardless of environment. A similar pattern was found for entropy values, with the water environment producing the highest scores. This study therefore suggests that aquatic exercise is effective in both younger and older adults for both cognitive performance and postural control.

Future research
The exact biological mechanisms behind the positive effects of hydrotherapy are still to be fully elucidated. They could be due to increased blood flow to the cerebral arteries, enhanced levels of neurotrophic factors, and the positive effects of water on the muscular system. However, more research is required in order to assess long-term effects of hydrotherapy on cognitive function and motor skill attainment. Nonetheless, Professor Bressel’s research provides important insights for the future, as hydrotherapy could be an effective and easily implemented rehabilitation method for both young individuals and older individuals. It could prevent cognitive decline or help with age-related conditions such as osteoarthritis. This treatment could additionally be applied to other conditions requiring rehabilitation, such as strokes, or could be utilised in treating traumatic injuries.

Do you think that hydrotherapy could potentially be used as a treatment for neurodegenerative diseases, and if so, do you plan to perform trials using aquatic exercise for Alzheimer’s patients?

<>Yes, I do think there is a growing body of evidence to support the use of aquatic therapy as a complimentary treatment for some diseases. There appears to be added benefits for improving cognitive and physical function when physical activity is performed in water versus on land. We are currently in the process of conducting trials with patients suffering from mild cognitive impairment and in the future we are planning to include patients with more severe symptoms that may include Alzheimer’s patients.

Can aquatic exercise be used as an effective therapy for age-related conditions? was last modified: May 24th, 2021 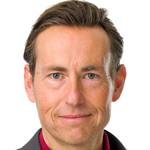 Professor Eadric Bressel is researching the positive impact that aquatic exercise can have on motor function and cognitive performance.