Health & Medicine
The key to understanding SARS-CoV-2 (COVID-19) transmission is understanding the exponential growth of viral transmissions. The problem is that the concept of exponential growth is challenging for many to understand and interpret, including policymakers who need to make quick and informed decisions. Dr Biljana Stangeland, Executive Director/Chief Scientific Officer at Alv B, Norway, has been using doubling time – the amount of time COVID-19 cases takes to double – to provide statistics that are easier to interpret. By investigating the doubling time in Norway and Europe during the first COVID-19 wave, Dr Stangeland aims to help better understand the effectiveness of lockdown in reducing SARS-CoV-2 transmission.

Statistics are drivers of decisions in businesses, governments, and many other modernised societal institutions. From sports clubs that hire entire departments of statistical analysts, and their adoring fans who use them as the basis of their arguments, to film studios that employ executives to commission new movies based on statistics, with their target customers who now obsess over film review scores on websites like Rotten Tomatoes, there is a collective statistical saturation in all corners of our society.

No situation has made the tangible importance and pervasiveness of statistics more apparent than COVID-19. Every news channel was suddenly tasked with explaining epidemiological data. Every government announcement could now involve science advisors presenting graphs on the number of COVID-19 cases. Governments themselves were in the unprecedented situation of a pandemic, one which required quick public health decisions based on epidemiological data. 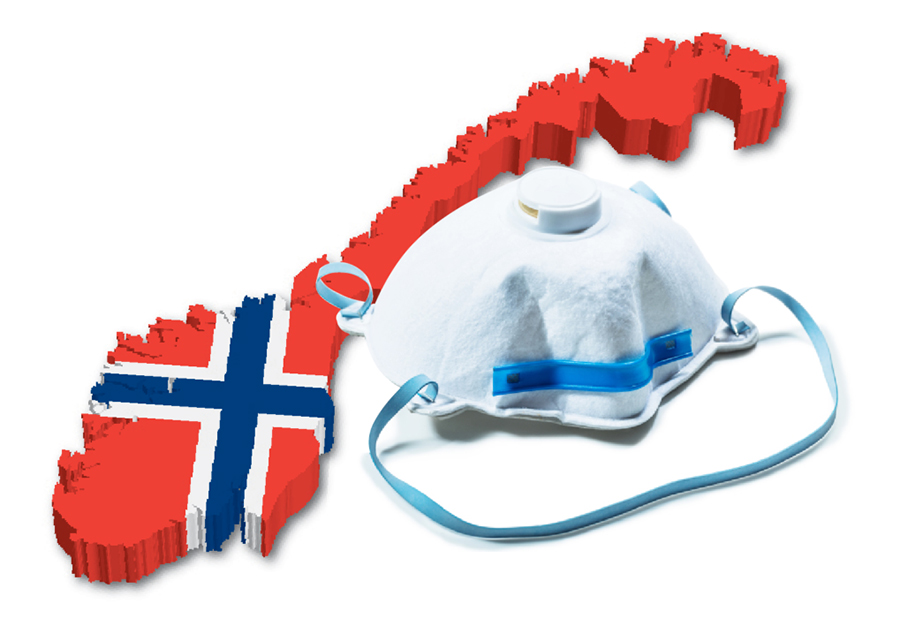 A potent combination of the exponential growth that viruses undergo as they infect any given population and the length of time it would take for people to develop symptoms, exacerbated the potential damage that the SARS-CoV-2 (COVID-19) could cause. Throughout the pandemic, governments have had to understand these facts and statistical projections in their countries, to enact effective public health policy. Knowing the perfect time to enact lockdowns, shut schools and services, and ensure people work at home, has been key to saving lives. Practically speaking, this has required policymakers to look at the latest epidemiological data, including the mortality rate and the number of COVID-19 cases. That means numbers, statistics, and graphs. And these graphs are incredibly difficult to understand.

Not understanding that the number of infected people grows exponentially can be a key factor in the complacency of individuals ignoring public health measures.

But it wouldn’t be fair to blame the general public for being too ignorant to understand the measures, or too inconsiderate to practice such measures. Scientists, and science advisors, naturally lean on their data – and graphs – to show the public and politicians an evidence-based argument for needing new laws or measures to curb the spread of COVID-19. However, these graphs are genuinely difficult to interpret. 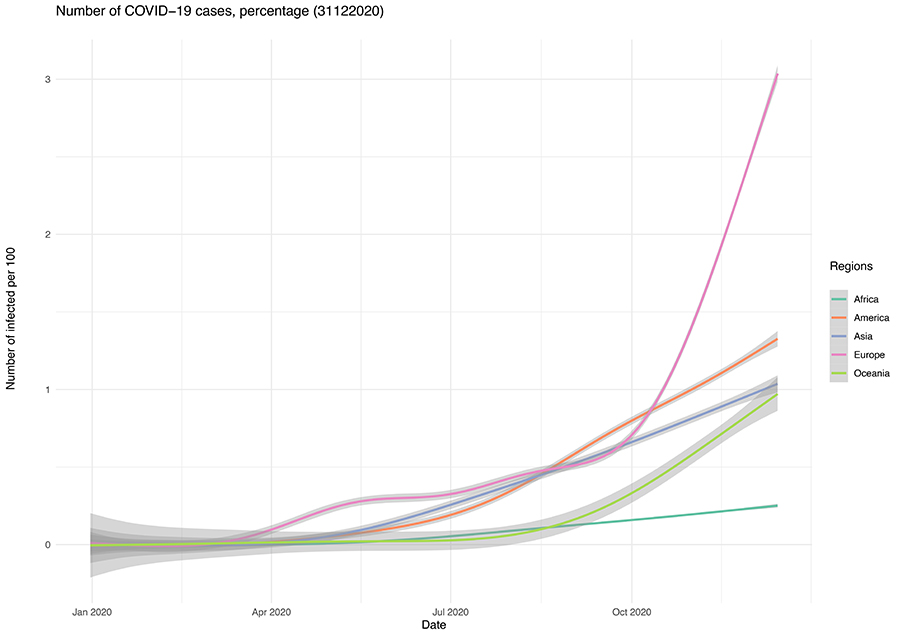 Executive Director/Chief Scientific Officer at Alv B, Norway, Dr Stangeland has spent many years designing experiments with microbial cultures that typically grow on the same exponential scale as SARS-CoV-2 operates under. She realised that even doctors in their field who are paid to interpret the transmission data sometimes struggle to interpret exponential data with the graphs they typically use. So what hope do the general public, and politicians who rarely have a science background, have in understanding such data?

Double, double toil and trouble
There is a concept which can alleviate some of the data-related difficulties in COVID-19 epidemiology: doubling time. Doubling time is a calculation of the time it takes for the number of cases to double, with the doubling time for COVID-19 cases typically being calculated in the timeframe of days. Dr Stangeland clocked that what was needed was a combination of doubling time and a logarithmic (log) scale.

By plotting the doubling time on a log scale, the immediately data becomes more intuitive. Datasets of thousands of people become short days and displaying the rate of growth in a linear manner produces data and graphs which are much easier for people to interpret. Dr Stangeland wanted to show how doubling time can describe the trends of COVID-19 transmission and can be used to analyse the effectiveness of government policy.

In Dr Stangeland’s recently published paper, she calculated the doubling time of COVID-19 throughout its initial spread between February and March, 2020. The analysis looked at Nordic countries, comparing the development of COVID-19 to East Asian and other European countries. There was a particular interest in the comparison with Western European countries, and not just because of geographical proximity and experiencing the pandemic at the same time.

Nordic epidemiology
The Nordic countries, despite having higher living standards, a lower population density, and higher levels of investment in public health, initially had some of the highest rates of COVID-19 infection in the world.

When COVID-19 reached the shores of Scandinavia, the initial projections painted a disastrous picture. In the beginning of March, Norway and Iceland recorded the highest number of confirmed cases per number of inhabitants in Europe; by the third week of March, they had some of the highest infection rates in the world. They were sharing this ignominious prize with Italy and Spain – countries that were soon to be known as the tragic epicentres of the first COVID-19 wave. Unsurprisingly, this would later be attributed to skiing tourists flying back from Italy and Austria.

…the longer period of time it takes your virus to double, the lower the number of cases.

The success of lockdown
It’s the comparative analysis of infection rates that enables the doubling time value to be such a useful tool to describe the data of COVID-19 cases; otherwise, the steep exponential curves of a linear scale (for case growth) causes difficulties in analysing and interpreting the data. But the direct doubling time value is very easy to understand – the longer period of time it takes your virus to double, the lower the number of cases.

These results showed a strong correlation between the lockdown measures, with the doubling time decreasing in most Nordic countries roughly in line with government-enforced lockdown. This correlation is also found internationally, as South Korea’s doubling time was significantly better than most Nordic countries. South Korea had better COVID-19 testing infrastructure, alongside stricter measures at the time, such as wearing face masks in public, which wasn’t widespread during the first wave in Europe. Comparisons with East Asian countries ultimately imply that a higher doubling time means less cases.

Of course, there are exceptions – Germany had lower mortality rates, despite having a lower doubling time, than other European countries like Italy and the UK. Nonetheless, this analysis – published at the end of March last year (2020), provides a compelling case for strict lockdown measures. Given the subsequent problems experienced by countries like the United States and Brazil, this hindsight makes it easy to agree. 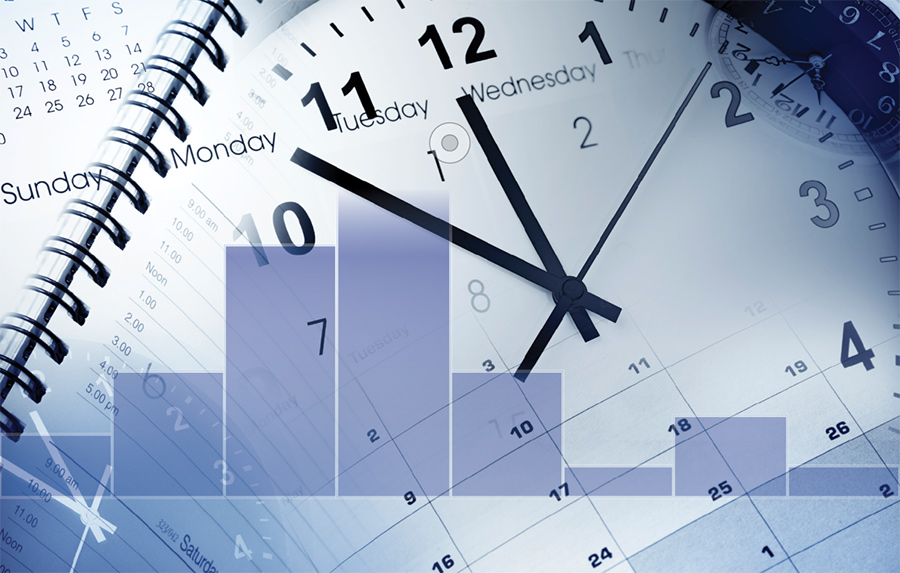 What does subsequent doubling time data from the rest of 2020/2021 tell us about the public health approaches of different governments towards COVID-19?

<>Doubling times-based predictions could still be used in 2020 as long as infection data were reported daily. However, on the 14th of December 2020 European CDC switched from daily to weekly reporting. The subsequent doubling times can therefore be calculated only for longer periods of times thus averaging trends to 20-30 days. For more detailed predictions national daily transmission data have to be downloaded and used.

To what extent could this approach with doubling time be used with other epidemics?

This approach can indeed be used in any other epidemics. However, there are certain limitations when it comes to availability of transmission data. Not all diseases are as extensively tested as COVID-19. The method is quite robust with regard to systematic underreporting of cases as long as the testing routines remain somewhat the same.

Statistics in the era of COVID-19: Measuring lockdowns with doubling time was last modified: May 20th, 2021 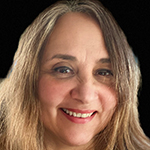 Biljana Stangeland is Executive Director/Chief Scientific Officer at Alv B, Norway. She has a PhD in Molecular Biology from Max-Planck institute in Germany. Following more than 25 successful years in academia working in cancer research and bioinformatics, and five years as a Lead Data Scientist and Biomedical Expert in the private sector, Biljana decided to dedicate herself to biomedical innovation and development of new experimental treatments for cancer.

Stangeland, B. (2021). Statistics in the era of COVID-19 Measuring lockdowns with doubling time Research OUTREACH. Available at: https://researchoutreach.org/articles/statistics-in-the-era-of-covid-19-measuring-lockdowns-with-doubling-time/ (Accessed YYYY/MM/DD)