The impact of perceived environments is profound; they have a significant effect on a person’s sense of health and wellbeing. The perceived environment broadly includes a person’s internal world such as their genes, neuronal state, and nutritional status, as well as their external living space. These internal and external broad environmental groups can be further subdivided into categories such as natural (e.g. seaside, forests, mountains) or built (e.g. offices, warehouses and shops) environments.

Using these broad categories can facilitate a general understanding of the environmental impact on people. Previous studies have found that natural environments increase positive emotions and creativity more than built environments. Alongside this effect, natural environments have been found to improve mental performance in attention-based tasks and memory. People’s everyday experiences likewise suggest mental health benefits from natural environments—take, for example, the popularity of parks having increased worldwide during the stressful COVID-19 pandemic. Natural environments reduce the experience of stress and decrease impulsive decision- making. 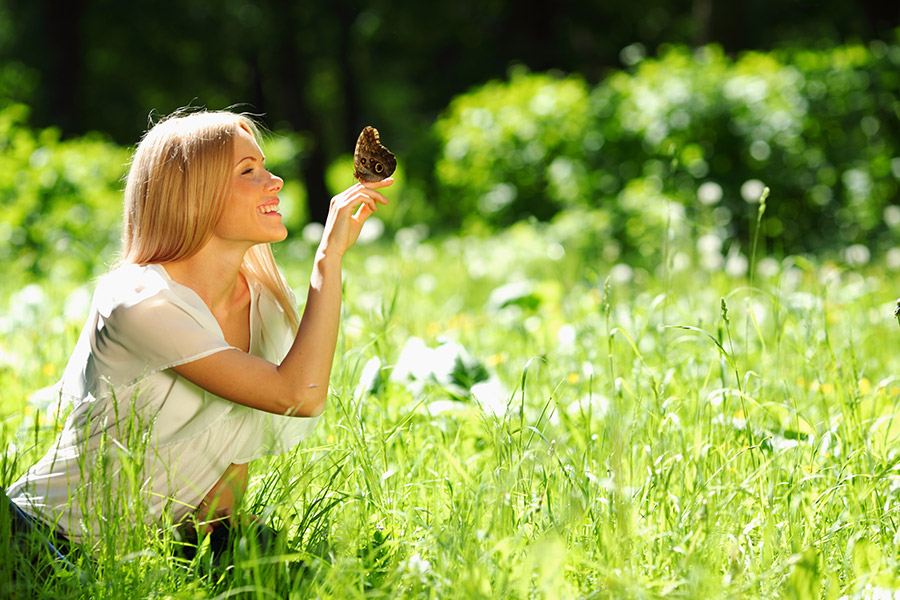 Impulsive decision-making can negatively impact a person’s life including economically, developmentally, and health-wise. It occurs when small immediate rewards are valued above larger delayed ones. Conversely, when larger, delayed outcomes are valued over small, immediate outcomes, this is labelled self-control. Self-control has been shown to affect success in many areas of life, facilitating economic and educational mobility and increased opportunities for health and happiness.

Health problems such as addictions and not following health protection advice are prevalent in those making impulsive decisions. Collectively, impulsive decision-making may contribute to global warming, poor air quality and the speed at which the COVID-19 pandemic is sweeping the globe. People need to decide whether to follow governmental advice leading to immediate slight discomfort (such as wearing a mask, social distancing and reducing their use of fossil fuels) but reducing the risk of significant discomfort later (catching a possibly fatal infection or global catastrophe). A person exhibiting impulsivity may disregard such advice and gain a small immediate reward (e.g., comfort), but a person exhibiting self-control may accept the current mild discomfort or cost with the expectation of greater wellbeing later (delayed large gain).

Dr Jordan’s research has shown that natural environments may be able to reduce impulsive decision-making, perhaps through restoring attentional capacities. The brain-based underpinnings of such natural environmental impact on cognitive abilities, however, remains underexplored.

Dr Jordan’s new research highlighted below reveals that viewing natural versus built environments elicits distinct brain waves. Results suggest an implicit categorisation of natural and built environments that can be revealed through specific physiological signatures. This moves us closer to elucidating potential mechanisms and neural correlates underlying mental benefits of human exposure to natural environments. Ultimately, it is important to determine the behavioural and physiological markers of healthy decision-making and to determine possible global, low-cost non-invasive interventions such as viewing natural environments for bolstering physical and mental wellbeing. Findings could help motivate sustainability and conservation efforts as well.

Attention restoration theory
The attention restoration theory (ART) conceived by Kaplan at the end of the 1980s proposes that certain environments can replenish attentional resources when these resources are depleted. This theory posits that a person has limited attentional energy or resources and that different environments can be fatiguing or restorative, based on five psycho-environmental characteristics: fascination, extent, coherence, being away, and compatibility. Attention can be invigorated by environments being engaging (fascination), having enough depth or detail to maintain attention (extent), making sense (coherent) and providing the ability to get away from the fatiguing environment (being away). Compatibility refers to the closeness of the perceived environment to one where the person may feel restored. The behavioural predictions of ART have been well investigated, but possible electrophysiological/neural pathways based on this theory much less so.

Electrophysiological study
In Dr Jordan’s current study, a first group of participants viewed photographs of built and natural environments and rated them on various dimensions. Results of these ratings showed that the natural images were rated as more restorative than the built images. Natural images were also rated higher on fascination, being away, extent, and compatibility.
While a second group of participants viewed these photographs, their neurological activity (brain waves) were measured with an electroencephalogram (EEG). The images they viewed were shown in thematic “streams”; a participant saw a stream of images depicting natural environments, or a stream of images depicting built environments. At some point in the stream, an image from the other environmental category was shown; this was considered the “event”, and event-related cortical changes were measured using event related-potential (ERPs). ERPs are EEGs that provide information about timing of cortical activity, including the ERP of focus in this study: the late positive potential (LPP).

Natural environments have been found to improve mental performance in attention-based tasks and memory. 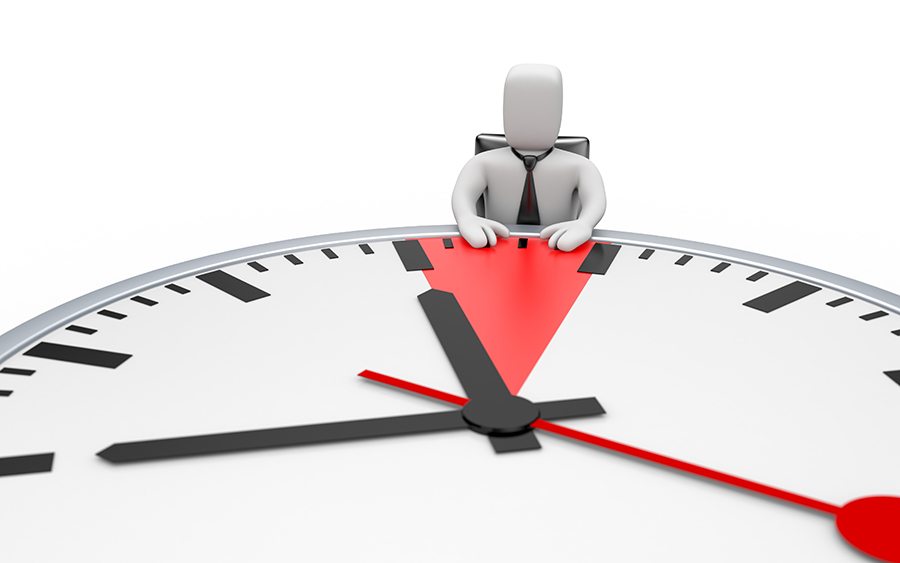 Conclusion
ART offers insight into the burden and restoration of attentional abilities. Research such as Dr Jordan’s has begun to provide underpinning neurological evidence for this theory, using ERPs. Decision-making is a complex phenomenon requiring extensive neural activity, particularly in the domain of attention. To reduce the burden, people often take ‘short cuts’, using heuristics such as implicit categorisation, stereotyping and impulsive decision-making. Natural environments may offer the opportunity for improving human decision-making based on their behavioural and neurological restorative effects. Attention can be extended or restored through fascination, extent, coherence, being away, and compatibility, reducing the mental energy required for decisions.

Understanding neural as well as behavioural changes instantiated by exposure to different environments could ultimately help improve human mental health and sustain the types of environments important for doing so. 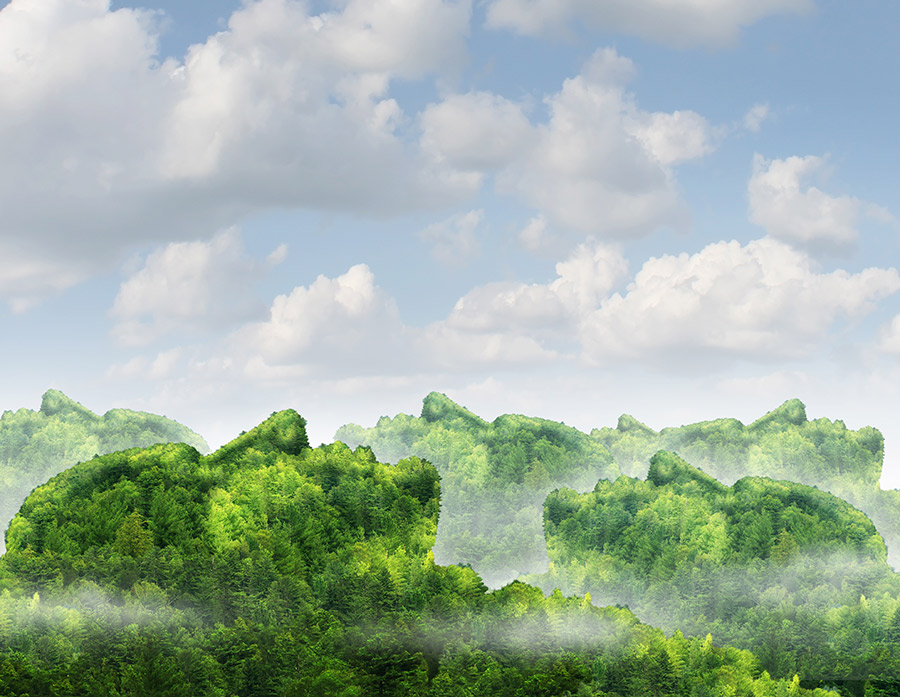 Most of my research in this domain has so far focused on adults. To really understand any mental health benefits humans may accrue from exposure to natural environments, though, we need to study children as well. Does their behaviour and electrophysiology also change when viewing natural vs built environments? If so, how early in life can such positive change occur? What type of exposure is best—virtual, or real? What amount of exposure is optimal for healthy mental effects of natural environments? There are almost endless remaining questions to address. 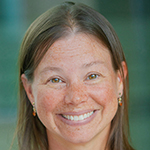 Kerry Jordan is an Associate Professor of Psychology at Utah State University. Her research focuses on the development of cognition, especially in the domains of environment and mathematics. She received her B.A. from Harvard University and her Ph.D. from Duke University.