Health & Medicine
Autism spectrum disorder impacts the social interaction and behaviour of affected individuals. Valproate is a drug which might induce autism in the children of pregnant women treated with it. It also has a similar effect in rats. Using a rat model, Professor György Lévay of Gedeon Richter Plc., first author Péter Pelsőczi and colleagues studied the behaviour of a group of autistic-like rats against a control group in an automated home-cage system. When faced with a competitive scenario, healthy rats formed a social hierarchy where dominant individuals guarded the limited resource. The valproate-treated rats did not demonstrate this hierarchical or guarding behaviour.

Autism spectrum disorder (ASD) is a condition affecting the development of the nervous system, leading to repetitive behaviours, impaired social interactions and reduced communication skills. Possible causes can be genetic or environmental. As communication and social cognition are impaired in ASD, this is an important area of research. However, behaviour is a difficult trait to measure as it is so multi-factorial.

Various behavioural assays have previously been used in rodents to measure autistic-like behaviours. These tests have involved removing the rat from its home-cage, which can cause increased stress levels due to excessive handling by humans and being exposed to a new environment. This is likely to have an impact on any natural behaviours of the rats and therefore could affect the results. This problem can be resolved by using automated home-cages, as demonstrated in the study led by Professor György Lévay. There is minimal human interference and the rats are kept in their familiar environment, allowing their group social structure to remain intact.

Previously, many methods have focused on measuring a behaviour trait of a single animal at a time. Rats, like humans, are a highly social species, so efforts were made in this study to focus on group dynamics as opposed to individual rats, as social behaviour and structure are affected in ASD. Observing rats throughout their natural circadian cycle and monitoring their undisturbed behaviour patterns in a social environment was a priority and was possible with the use of automated home-cages. In this way, incredibly detailed information was collected.

Valproate, or valproic acid (VPA), is an anticonvulsant medication with delayed developmental effects upon prenatal exposure (when given during pregnancy, it greatly increases the risk of ASD in children). It also causes autistic-like traits (such as reduced social interaction, increased repetitive behaviours and anxiety) in the offspring of pregnant rats exposed to it. Treating pregnant rats with VPA and assessing the behaviour of their offspring therefore creates a valuable model of ASD.

Rats, like humans, are a highly social species, so efforts were made in this study to focus on group dynamics and
formation of hierarchy.

Methods
One group of pregnant rats was given an injection of VPA, whilst another group was given a placebo injection (to create a control group of offspring). After full gestation, delivery and weaning, the male offspring were implanted with microchips and two same-size groups were placed into separate automated home-cages, one containing VPA rats and one containing normal rats. The cages were laid out in such a way that water was only available in the four corners which could be visited by just one rat at a time. The corners were able to record the microchips of the rats to identify the individuals. The study took place over 41 days. Number and duration of visits to each corner, nose pokes, and licks were measured. After the study, blood and tissue samples were taken for analysis.

The rats’ time in the cages was divided into phases. In the first phase, the rats were allowed to acclimatise to the new environment, so they wandered freely between corners and had unlimited access to water. Phases two and three involved training the rats to use specific water bottles, and phase four had a competition element involving the restriction of water to two windows per day, each lasting for two hours.

Statistical analysis
A massive amount of data was collected and analysed, including exploratory visits, drinking volume, number of nose pokes and guarding visits. The set-up and management of data in this study was unique due to the amount of data collected. Many of the statistical methods used have not been applied before in this field, and data was analysed with a custom-made algorithm specific to this laboratory. Statistical analysis is important in calculating the significance of data collected and therefore the validity of the results.

Autistic behaviour
Prior to the main behavioural study, the VPA rats were confirmed to show autistic-like behaviours. They demonstrated reduced rearing movements compared to the control rats, as well as reduced vocalisation when separated from their mothers. The Von Frey test measures paw withdrawal thresholds by applying a stimulus of small nylon rods to the paw to assess sensitivity, and was reduced in the VPA rats compared to the control group.

Exploration
Exploratory behaviour was assessed by visits to the corners which did not include nose pokes or drinking. Control rats showed high numbers of exploratory visits, especially in the acclimatisation phase. The autistic-like rats showed a much lower number of exploratory visits in the first day in comparison. It was hypothesised that this could be due to neophobia (fear of new things) and anxiety.

Circadian rhythm
Circadian rhythms are physical, mental and behavioural changes which occur throughout a daily cycle, usually in response to light and darkness. Circadian activity was estimated based on activity levels throughout each day. Circadian rhythm was shifted by two hours in the VPA rats compared to the control group. ASD is associated with sleep issues in humans.

Lack of adaptation and circadian disturbances are major features in ASD which have a negative impact on
affected individuals every day.

Drinking behaviour
During acclimation, a difference in drinking behaviour was found, in that the healthy rats had more frequent visits to drink but drank less each time, whereas the autistic rats visited less frequently but drank for almost three times as long on each visit. No significant underlying reason was found for this on the blood results, so this was hypothesised to be due to psychogenic polydipsia (PPD), a clinical symptom common in patients with psychiatric disorders such as schizophrenia. It is characterised by increased drinking and urinating. This is the first study in which PPD has been demonstrated in an ASD model.

Hierarchy
Re-entering visits (where rats had already had access to water but were returning to the water source) were calculated for individuals to assess guarding behaviour. The healthy rats shared when the water was freely available. However, when restricted, the healthy rats demonstrated a social hierarchy where dominant rats had a high number of re-entering visits to the water source. These rats monopolised the water to guard it from the subordinate members of the group. Autistic-like VPA rats were shown to share the water regardless of supply, and formed a much weaker hierarchy or did not guard the water from other rats.

Figure 1 (below) demonstrates these findings. Left to right in part A shows the dominant, median and subordinate rats respectively, and the number of guarding visits to the water source. The healthy rats have a wide distribution of these visits depending on the hierarchy, whereas the autistic rats have a lower number and there is less variation between the dominant and subordinate rats. B demonstrates the number of guarding visits when the water is freely available compared to when the water is restricted. The healthy rats share the water when it is not restricted, but guard when it is. The autistic rats, however, share the water regardless of its availability.

Conclusions
As resources become more sparse, as modelled in this study by restricting water, members of a group are forced into competition with each other. When this occurs in nature, weaker or subordinate members of a group will either leave the group or not survive. This therefore facilitates survival of the fittest, where the strongest members of the group survive to reproduce. Limiting water, an essential resource, allowed the altered social dynamics of the autistic-like rats to be observed. They showed no adaptation to limited resources and continued to share water freely. This lack of adaptability could be due to behavioural rigidity (which is an autistic trait). ASD is associated with awkwardness in social situations and inability to recognise social rank, but its relation to social dominance has been little studied. Those affected with ASD may be slower to process dominance in social interactions, and children with ASD are thought to be less able to acknowledge higher rank amongst their schoolmates, leading to an increased prevalence of bullying. Disrupted hierarchy amongst autistic-like rats can therefore be related to clinical scenarios.

Observing behaviour of VPA rats in automated home-cages in this study led to the detection of characteristics such as PPD, decreased exploration and an altered circadian rhythm. The most important finding of the study is the maladaptive behaviour shown by the autistic-like rats when challenged with a competitive situation. Lack of adaptation is a major feature in ASD which has a negative impact on affected individuals every day. The findings of this study support the translational value of the VPA model in rats and could be applied to ASD drug discovery in the future.

Could other behavioural studies with rodents benefit from the use of automated home-cages?

<> IntelliCage is like the swiss knife of rodent behavioural testing. It can be used to study multiple aspects or symptoms of a wide variety of mental disorders. We use the main aspects and traits of traditional behavioural assays and apply them to our home-cage systems automatising these otherwise time- and labour-intensive processes. At the same time, we provide a much more natural environment, much less stress and disruption to the animals and produce huge amounts of data, which together with the unique set of statistical methods and our own algorithm, makes it a state-of-the-art method and highly valuable asset to preclinical research that is almost not comparable to the classical, manual methods.

<> Next, our focus will be on modelling depressive symptoms and memory impairment in Alzheimer’s disease and other mental disorders. The use of Artificial Intelligence in the evaluation of tens of thousands of data, obtained with automated home-cage systems has already started. As a unique opportunity we use both mouse and rat home-cage systems to evaluate and characterise proprietary compounds in the preclinical phase of drug development at Gedeon Richter Plc. 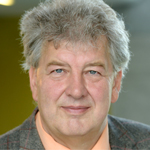 György Lévay graduated from Eötvös Loránd University, Budapest and started his academic career at Haynal University of Health Sciences, Budapest. He received his PhD degree in physiology from the Hungarian Academy of Sciences. As postdoc, he worked in the Brain Tumor Research Center at University of California, San Francisco. He joined Gedeon Richter Plc. in 2009. As Head of Cognitive Pharmacology, he is the leader of a preclinical research group of 10. He has been Professor of Physiology at the Semmelweis University, Budapest since 2013.

Gedeon Richter Plc. The funder was not involved in the study design, collection, analysis, interpretation of data, the writing of this article or the decision to submit it for publication. Hungarian governmental grants (ERNYO-13-1-2013-000, 2017-1.2.1-NKP-2017-00002).

Fluoxetine (Prozac) use in children: working towards a customised approach
Health & Medicine
Read This Article
On human thermal perception of weather and climate
Community Content
Read This Article