Health & Medicine
Understanding the brain is essential, for example to treat neurological disorders that affect one in six people worldwide. However, studying the brain is challenging: it is so complex and difficult to access. Cell biologist Dr Daniel Tornero and neurophysicist Dr Jordi Soriano, from the University of Barcelona, developed neuronal cultures that can be used to study mechanisms involved in brain damage and recovery, to test the potential of stem cells to treat neurological disorders, and generate disease models that could help understand and diagnose neurodegenerative diseases.

The brain is the most complex organ in the human body. Many mysteries about how it functions have yet to be solved; scientists are still working to understand neurological disorders and to elucidate how the brain develops strategies to either arrest gradual degradation or to repair damage in neuronal circuits. Due to its complexity and its difficult access, studying the brain represents a big challenge that has evolved towards a truly multidisciplinary endeavour in the last decade.

Neurobiologists, biophysicists and computer simulation experts, amongst others, have joined efforts to understand the brain and also devised strategies to comprehend the building blocks for its exquisite functioning.

One of the simplest yet informative approaches to study the brain are cell cultures. Traditionally, two-dimensional cell cultures on Petri dishes (often derived from mouse or rat neurons) and animal models have been used to examine the neuronal mechanisms involved in health and disease, and to understand aspects as important as network connectivity and neuronal communication. However, 2D models cannot accurately mimic the physiology of the brain in all its complexity. Likewise, although animal models are useful tools in many cases, they cannot precisely reflect human physiology and do not always recapitulate human pathologies.

Recently, three-dimensional in vitro models combined with the use of stem cells have emerged as a promising tool to unlock the secrets of the brain. At the University of Barcelona, a team of experienced cell biologists, led by Dr Tornero, and talented neurophysicists, led by Dr Soriano, form a multidisciplinary team that works in perfect symbiosis on engineered neuronal cultures.

Mimicking the brain in vitro
In vitro models are more easily accessible than in vivo models, since the number and type of neurons, their interconnectivity, and the size of the neuronal circuit can be tuned. In recent years, new advances in neuroengineering have vastly increased the possibilities of in vitro models. For example, the development of biomaterials for engineered cultures has led to the emergence of systems named ‘brain-on-a-chip’ or ‘brain-on-a-dish’, terms that conceptualise the combination of intricate neuronal circuit designs with state-of-the-art microfluidics and imaging technologies. These systems establish an in vivo-like tissue microenvironment on an engineered platform, guiding cells to behave similarly to those in vivo. This enables, for example, the modelling of a 3D neuronal circuit with organisational traits similar to the brain. These neuronal systems have made it possible to mimic brain’s complexity in vitro, and monitor neuronal activity in detail.

Their approach offers interesting perspectives for modelling network functional alteration and recovery in different situations, from stroke to degenerative disorders.

One important limitation for the study of human pathologies is the potential differences between human neurons and those originated from rodents used in the laboratory. In recent decades, development of stem cell-based technology has opened up the possibility of generating neuronal cultures with human origin from embryonic stem cells (undifferentiated cells from human embryos that can be grown and expanded in the laboratory) or by reprogramming somatic cells (any cell in the body other than cells involved in reproduction). After the differentiation of these cells, generated human neurons have the potential to be used for studying and treating neurological disorders. However, before considering them for these purposes, they need to be verified in terms of functionality and similarity to brain cells in vivo. This can be done using electrophysiological recordings or by monitoring the changes in calcium levels inside the neurons through calcium imaging.

The direct recording of electrical signals gives excellent signal quality but requires the presence of electrodes (or other electric sensors) in contact with the neurons, which is extremely challenging in the context of 3D cultures. On the other hand, the detection of calcium changes requires the use of a calcium fluorescence probe in combination with a highly-sensitive imaging device for the detection of fluorescence. This leads to a reduction of signal quality, but it is compensated by a full access to the neurons in the circuit, both in 2D (fluorescence microscopy) and 3D (light-sheet microscopy).

Dr Soriano and Dr Tornero, together with collaborators in photonics, use fluorescence calcium imaging and light-sheet microscopy to observe the behaviour of living cells, and the circuits they form, at different time-points and with single cell resolution. More specifically, Dr Tornero and Dr Soriano use these techniques to verify that neurons from their in vitro cultures are functional and similar to cells in vivo. With this information at hand, neuronal cultures can be used to understand how the brain works by investigating different circuit designs or by applying controlled perturbations to the cultures.

Brain damage and recovery
Two of the brain’s major properties are its plasticity and its capacity for self-repair: when damage occurs and alters its function, the brain is able to reorganise its complex networks to recover.

Damage can happen in different situations. It can be acute, for example after a head injury or a stroke, or chronic like in the context of a neurodegenerative disease. Brain structure is locally damaged resulting in functional deficits of diverse extent and severity: the affected brain region is unable to fulfil its role. The sudden activity loss disrupts the neuronal networks in which the damaged brain region is involved. However, the brain is able to rewire and strengthen the networks, which leads to recovery: ultimately, the altered brain functions are partially or totally restored.

In vitro neuronal cultures could be used as a screening tool to detect early events in the generation of the disease and prevent the onset of neurodegeneration.

Mechanisms involved in the complex functional reorganisation leading to recovery are still poorly understood. With in vitro approaches, network damage and subsequent recovery can be examined in detail. In a recent study, Dr Soriano and Dr Tornero did just that. Using rat neuronal cultures in combination with laser microsurgery and calcium fluorescence imaging, the researchers studied the complex neuronal network dynamics and its spontaneous recovery upon damage. Laser microsurgery consisted in causing acute damage with a localised laser ablation. In the meantime, calcium fluorescence imaging allowed them to study neuronal activity in the whole network before and after damage. They observed that damage caused by the laser microsurgery led to a sudden decrease in network activity. Regions adjacent to the lesion core were the most affected, possibly due to the loss of direct physical connections. However, activity in the regions around the lesion core increased, which allowed information flow to be quickly rerouted. New functional connections were therefore created while existing ones were strengthened. These mechanisms allowed the network to recover in just 15 minutes, with the network activity back to what it was before damage.

With their in vitro setup, the team from the University of Barcelona showed that restoration of the network activity was led by the immediate neighbours around the lesion core but was orchestrated by the entire network. Their approach offers interesting perspectives for modelling network functional loss and recovery in different situations, from stroke to degenerative disorders.

Neurodegenerative diseases
In addition to examining networks during damage and recovery, neuronal cultures also offer the possibility to study neurodegenerative diseases, such as Alzheimer’s, Parkinson’s or Huntington’s disease. Affecting more and more people worldwide due to an ageing population and increased life expectancy, these diseases are at present incurable. They are characterised by a progressive degeneration and death of neurons that lead to sensory, motor, and cognitive impairments.

In vitro models of disease
Another major part of Dr Tornero and Dr Soriano’s work relates to the generation of disease in vitro models: in addition to testing whether neurons derived from stem cells can integrate neuronal networks and can therefore be a potential therapeutic approach, they used cells from patients to create disease in vitro models, which can be used to examine the alterations caused by a disease and understand the underlying mechanisms.

More specifically, Dr Soriano and Dr Tornero in collaboration with other laboratories developed in vitro models of a neurodegenerative disease known as Sanfilippo type C syndrome. They collected fibroblasts (a type of skin-cell) from two patients. Using reprogramming technologies they transformed fibroblasts into induced pluripotent stem cells, then differentiated them into neurons. These neurons presented all the specificities that can be observed in neurons from patients in vivo, with early defects in neuronal activity and altered functional connectivity. Early functional alterations are observed prior to the appearance of the first symptoms, which means that in vitro neuronal cultures could be used as a screening tool to detect the disease earlier and prevent the onset of neurodegeneration.

<> We will focus our research in the generation of more advanced in vitro models that, thanks to the use of precise tissue engineering and gene editing technologies, will be able to mimic human brain pathologies. Monitorisation of calcium intracellular levels will be used to follow the organisational changes and dynamical traits of the neuronal networks during maturation. Functional analysis of the neuronal connectivity in these cultures will allow the study of early events that originate the pathology and the screening of new therapeutic strategies to revert these defects. 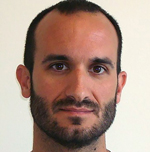 Daniel Tornero is an experienced researcher in the field of stem cells. His research is focused on the generation of cortical neurons from human iPSCs for cell therapy and disease modelling. After 8 years working at Lund Stem Cell Center, he has recently created his own laboratory at the University of Barcelona. 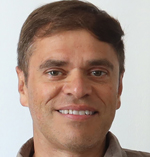 Jordi Soriano is head of the Neurophysics group focused on the understanding of the interplay activity-connectivity in self-organised and engineered neuronal cultures. With more than 15 years of experience, the team combines experimental research with data analysis in the context of complex systems (network and information theory and biophysical modelling).