Biology
What defines a living cell? How to capture the molecular essence of life? These fundamental questions underpin the collaborative research programme led by Prof Allen Liu at the University of Michigan and Prof Vincent Noireaux at the University of Minnesota. The pair uses molecular components to construct prototypes of synthetic cells displaying the minimal characteristics of life. Their ‘cell analogs’ shed light on basic biological processes, and also provide new tools for biotechnology and medicine.

Biologists and philosophers have long pondered the question, “What are the hallmarks of life?” Whilst many scientists attempt a top-down approach to the issue based on the organisms we see around us, Prof Liu and Prof Noireaux are pioneers of an alternative, bottom-up approach. Their long-term goal is to construct a functional, living cell from scratch, something that has never been done before but now through their efforts appears conceivable.

Life at a minimum
To build a synthetic cell, Liu and Noireaux have identified three essential ‘modules’ that they consider define a functional living cell. Their aim is to bring these modules together in the lab to first construct models of ‘minimal cell’ capable of recapitulating complex biological functions. It is an essential step before moving towards a full minimal cell (a cell that displays only the minimum requirements for life), and, in doing so, characterise the essential elements needed to sustain life.

Although construction of synthetic biological cells now appears plausible, no functional minimal cells have yet been constructed from basic molecules. Liu and Noireaux believe that their modular approach should enable the integration of multiple molecular components through carefully characterised connections, to create the artificial cells capable of incorporating multiple cellular functions.

Information is power
Using elements of the molecular machineries of the bacterium Escherichia coli, Liu and Noireaux have developed a cell-free system that can transcribe and translate the information in a DNA sequence into the proteins that carry out cellular functions. Transcription (the copying of the DNA code onto a template RNA molecule) and translation (the construction of proteins using this RNA template) are both achieved in the team’s unique cell-free transcription-translation (TXTL) system, which forms the basis for their minimal cells. The TXTL system is already being taken up by industry as an alternative means for synthesising proteins, but its role in the lab is even more exciting.

Organisation is key
In the Michigan-Minnesota system, the TXTL machinery is encased in a small, cell-sized compartment called a liposome. Liposomes make use of the simple fact that fats (lipids) do not dissolve in water. A double layer of molecules, each comprising a hydrophilic (water-loving) group such as a phosphate and a hydrophobic (lipid) component, when placed in water, will spontaneously orient itself to form a membrane-bound sphere, with the lipids pointing into the centre of the membrane, shielded from the water on either side by the phosphate groups. These phospholipid bilayers are direct analogues of the membranes surrounding cells in nature. Once the TXTL system is encapsulated into liposomes, this system fulfils the first two modules required for life: enabling execution of genetic programmes to stimulate cell construction and function in a controlled environment.

Making metabolism possible
Having encased the information system inside a liposome, the final, and perhaps most challenging part of building a minimal cell is to enable it to communicate with the outside world. To metabolise, grow, and reproduce, the minimal cell must be able to take in sources of energy across its membrane, expel waste products in the opposite direction, and respond to signals received from the surrounding environment.

Liu and Noireaux’s current work is focused on integrating molecular channels in the membrane of the liposome, which respond to environmental stimuli by opening or closing. Modelled on another system found in Escherichia coli, they have built a DNA sequence that encodes a membrane channel protein called MscL. MscL is ‘mechanosensitive,’ that is, it opens and closes in response to osmotic pressure (the pressure created by the difference in concentrations of the dissolved molecules in the surrounding water and the inside of liposomes).

To test the function of the MscL channel, they also encoded in the DNA of their minimal cell an engineered protein called G-GECO, which fluoresces in response to calcium ions. Thus, when calcium molecules present only on the outside pass through the membrane via MscL, G-GECO responds by fluorescing.

A biological ‘AND gate’
Liu and Noireaux describe this minimal cell system as the synthetic, biosensitive ‘AND gate’ (a system that requires two inputs to produce a response). In this case, the two inputs are mechanical (osmotic pressure) and chemical (calcium ions). When osmotic pressure causes the MscL channel to open, calcium ions flow through the liposome and activate G-GECO. Thus, say the pair, “We have generated a DNA-programmed cell-sized artificial cell that senses osmotic pressure and external calcium ion concentration.”

Their aim now is to couple this activation to the physical growth of the lipid bilayer (and therefore the cell as a whole) by linking it to the genetically-controlled synthesis of lipids from smaller precursor molecules. In this way, the mechanosensitive membrane will facilitate key linkages between the cell’s structure and its DNA, a crucial further development towards true synthetic life.

Better than biology?
Liu and Noireaux’s research paves the way for the creation of minimal cells capable of sensing and responding to their environment, a central step in synthetic biology that has been until now hard to achieve. Their system provides an experimental platform enabling rapid and reliable quantification of the effect of manipulating any aspect of the minimal cell system: the membrane, surrounding solution, and genetic machinery. This should speed up future advances in minimal cell engineering, which may ultimately be able to expand upon the properties found in the cells of natural organisms.

This project relies heavily upon collaboration between laboratories, institutions, and disciplines, to solve what Noireaux terms the “challenging but conceivable goal” of synthesising the minimal cell. Lying at the interface of biology and engineering, this research increases our basic knowledge of life, stimulates advances in medicine – such as drug delivery – and biotechnology, and provides future scientists studying across these institutions with an exciting introduction to cutting-edge research based on fundamental biological and physical principles. It is not, says Noireaux, “just an exercise,” but a “forward engineering approach.”

What led you to start researching the idea of the ‘minimal cell’?
<>The idea of assembling a synthetic cell from molecular components became experimentally conceivable during the 80s and 90s. At that time, these projects were motivated by questions related to the origin of life. The bottom-up construction of cell analogs, using engineering approaches, gained considerable credibility in the past 15 years. This engineering approach to synthetic cell is one of the many outcomes of the post-genome era. Several labs demonstrated that basic biological functions can be recapitulated in liposomes. Allen and I developed interests in these ideas in some of these multidisciplinary labs where novel approaches to studying cells were endeavoured.

How does the TXTL system differ from previous methods of building minimal cells?
<>TXTL recapitulates the process of gene expression, like in a living cell, but in vitro. This contrasts with two alternative and complementary approaches of building minimal cells. The protocell approach posits the use of self-organised vesicles of essential components of primitive cells. These bottom-up systems have been attractive for origin of life studies. A more top-down approach is to take full genome in living cells and systematically truncate the genome. This has led to the synthesis of a minimal bacterial genome smaller than any known living organisms. Our approach can be considered as an intermediate of both approaches.

Why is the incorporation of a membrane channel so important?
<>In living cells, the membrane is the physical boundary that separates the external medium and the cytoplasm. Engineering membrane is currently the bottleneck in bottom-up synthetic cell engineering for two main reasons. Firstly, it is hard to develop an active interface that contains functional membrane proteins, for sensing and nutrients exchanges. The second reason is mechanical robustness. The current synthetic cell models are made of a simple phospholipid bilayer that are not mechanically robust. It is therefore essential to construct synthetic cells with mechanosensitive channels capable of responding to mechanical stress.

What genes or functions would you like to incorporate in your minimal cell next?
<>The minimal set of genes to get a synthetic cell capable of self-reproduction has been estimated to be on the order of 300-400 genes. This estimation has been made by several independent studies. It’s a lot of genes and all of them are interesting to incorporate into the current prototypes of synthetic cells. The Liu and Noireaux labs are primarily interested in some aspects of cell mechanics. That is why our work focuses on mechanosensitivity and cytoskeleton, in relation to mechanical robustness, cell shape and division.

Where do you see this research leading in ten years’ time?
<>It is a growing research area. New approaches to synthetic cells are proposed every year. Many things are going to be done in the next ten years. The most important achievements will be those that really solve the current bottlenecks: mechanical robustness, assembly of a minimal genome in a unique plasmid, successful integration of gene circuits and metabolism into cell-sized liposomes, physical expansion and division of the compartments. To be called synthetic cells, all of these aspects have to be achieved through the inner expression of gene circuits.

Synthetic cells have senses too was last modified: July 30th, 2018 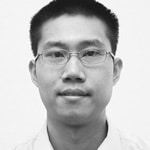 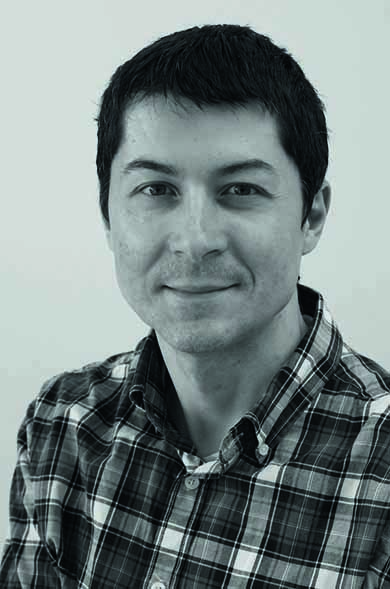 Allen Liu received his PhD in Biophysics in 2007 from the University of California-Berkeley. Since 2012, he has been an Assistant Professor in the Department of Mechanical Engineering at the University of Michigan.

Vincent Noireaux received his PhD in Biophysics in 2000 from the University Paris XI. Since 2005, he has been an Assistant, Associate and now Full Professor in the Physics Department at the University of Minnesota.

Prof Liu and Prof Noireaux’s project aim is to construct synthetic cells, consisting of a cell-free expression system encapsulated into a cell-sized phospholipid vesicle, capable of sensing the environment through its lipid bilayer by expressing mechanosensitive channels.