Biology
Minimising and mitigating the effects of global climate change rely on accurate predictions of future climate, vegetation changes, and feedbacks between the Earth and its atmosphere. Prof Sara Hotchkiss, of the University of Wisconsin – Madison, and Prof Robert Booth, of Lehigh University, Pennsylvania, have investigated the effects of climate change on an overlooked landscape, the kettle hole ecosystems of the northern US. Their work suggests that increasingly frequent and severe droughts could trigger sudden transitions from lake to peatland, with dramatic consequences for this ecosystem and potential feedbacks to the broader Earth system.

As global climate change intensifies, many of the Earth’s ecosystems are threatened with irreversible change. Some will change gradually and predictably; others may undergo sudden, dramatic state shifts when one or more ecological parameters reach a tipping point, resulting in abrupt transitions from one ecosystem to another.

Predictions from peat
Such sudden state shifts are notoriously difficult to predict under conventional forward modelling approaches. However, rapid ecosystem transformations have occurred in the past and investigating these events may allow scientists to explore the conditions under which they happen, trace their ecological impacts, and estimate the likelihood of future shifts in similar ecosystems. Few relevant historical datasets have been explored so far, but Prof Sara Hotchkiss and Prof Robert Booth have identified one ecosystem that may be a useful model system for studying state shifts – the kettle hole-peatland mosaics of northern Wisconsin, US.

Peatlands cover only around 2% of the world’s land area, but punch far above their weight in terms of carbon capture, making them crucial weapons in the fight against climate change. Compared to other carbon sinks such as oil, which are held deep below ground, peat lies within a few metres of the atmosphere, making it highly responsive to changes in climate. Furthermore peat, comprising partially decayed vegetation, provides a uniquely high-resolution record of the past flora and climate of an area which can be extracted as sediment cores, often dating back tens of thousands of years. Such a record is well-suited to investigating past time periods of abrupt change.

How bogs become
Kettle holes are created when buried blocks of ice melt as a glacier retreats, leaving lakes. Over time, the lakes are overgrown, and eventually filled, by floating mats of peat. Conventional wisdom suggests that the peat mats develop through gradual and inevitable inward encroachment of plants, independent of a lake’s shape, location, or climate. However, several recent studies suggest that much more rapid and discrete transitions from open water to peatland may have occurred, more characteristic of sudden state shifts.

Peatlands cover only 2% of the world’s land area, but punch far above their weight in carbon capture

Together, Booth, Hotchkiss, and their students have developed a new conceptual model, in which fluctuating water levels drive peatland establishment and expansion. For example, falling water levels during droughts cause rapid colonisation of kettle hole lakes by plants such as sedges. During subsequent wetter conditions, lake levels recover, uprooting the vegetation to produce floating mats of peat and plants, which are further colonised by typical peatland plants such as Sphagnum mosses. Beneath the mats, peat accumulates rapidly to infill the lake. They have been testing this model using sediment cores from the kettle hole peats.

All kettle holes are not equal
In Hotchkiss and Booth’s model, climate is not the only factor determining how kettle hole lakes are converted to peatland: shallow kettle holes would be more susceptible to colonisation during short or low magnitude drought events, while deeper ones would require more prolonged periods of drought. It also follows that kettle lakes at higher altitude – which are generally rainfall-fed – would be more susceptible to colonisation than lower altitude lakes supplied by more reliable groundwater. If these hypotheses are correct, they may be able to predict which kettle holes are most susceptible to peat encroachment over coming decades. Integrated with regional climate forecasts, their projections could help anticipate and even mitigate the effects of climate change on these ecosystems.

This is important because kettle hole landscapes provide a range of ecosystem services including biogeochemical cycling, habitats for aquatic and wetland flora and fauna, areas for human recreation, and of course carbon sequestration. Although the end appearance of kettle holes is identical regardless of whether their creation was slow and steady or rapid and episodic, the contrasting paradigms have markedly different implications. As Hotchkiss and colleagues put it in a recent paper, “From an ecological perspective, the important question is, at what rate do these variables change? Are these lake systems responding linearly to peatland expansion over millennia or do they experience abrupt, threshold effects?” (Ireland et al., 2012: 996). For example, the aquatic communities supported by kettle hole lakes differ depending on whether or not they are peat-bordered because the presence of peat has substantial biogeochemical and hydrological effects on the lake itself. Under the slow and gradual model, lakes would be peat-bordered for a considerable time, and effects on the aquatic ecosystem would be gradual over many millennia. However, under the new model rapid changes would be expected.

Hotchkiss and Booth’s research may also predict how sudden transitions from lake to peatland could alter the whole ecosystem’s carbon storage capacity. Peatlands accumulate carbon much faster than lake sediments do, but they occupy sensitive transition zones between aquatic and terrestrial ecosystems on the landscape. Although good at storing carbon, peatlands can also release carbon to the atmosphere if they begin to decompose. Thus, this research has implications for the total net carbon that can be fixed in kettle hole landscapes, an urgent parameter for those seeking to mitigate climate change through maximising carbon sequestration.

Even in regions of moderate climate, the future is expected to feature significantly more frequent and intense periods of drought. If the new model is correct, kettle hole ecosystems will therefore undergo increasing numbers of abrupt community changes over coming decades – posing new challenges to mitigating the effects of future climate change. And kettle holes are unlikely to be the only ecosystem prone to abrupt state shifts. Hotchkiss and Booth’s research provides a tantalising glimpse of our potential future and a long-term prediction of how our actions can trigger rapid and permanent changes in the natural world upon which we depend.

What first drew you to the kettle hole ecosystem as somewhere both prone to the impacts of climate change and vital to attempts to mitigate it?
<>To be honest, we were drawn to kettles because they are so beautiful! Scientifically, we are both interested in the effects of climate variability on their development, and in the ways in which the small hills and valleys in hummocky kettle landscapes can maintain higher levels of biodiversity in a region. Of course, because they leave a record of their own development in the form of peat and lake sediments, they are particularly well-suited to paleoecological studies.

What do peatlands do for us?
<>Peatlands provide a vast array of ecosystem services, including flood control, habitat for biodiversity, and global climate regulation through their ability to sequester carbon from the atmosphere. And of course, they also provide us with delicious cranberries!

Why do you think the paradigm of slow, gradual colonisation of kettle hole lakes by peatlands has been so pervasive, until now?
<>It’s appealing, and it’s a simpler explanation than one that demands a dramatic change in conditions. We examine how the plants that live there now support one another physically, and we infer a slow process of expansion of that support across the surface of the water. To explain the kind of sudden state change that our observations support requires an interval of much drier conditions in the past, without which current conditions can’t be explained. Occam’s Razor is useful in science, but sometimes upon closer observation a more complicated explanation actually fits the data much better than the simple one. In these cases, it can take a long time for the simpler explanation to fade from popular use.

If we began to study a kettle ecosystem during a drought period, we would quickly begin to think of those conditions as ‘normal’, and we would be surprised if it were suddenly inundated with water.

If you expand your time frame and think of glacial-interglacial cycles, we are quite comfortable with thinking of our current interglacial conditions as normal, but over the past million years interglacial conditions have actually only lasted 10 or 20,000 years out of every 100,000 years. We live in anomalously warm conditions, nested within a broader period of earth history in which it is much more normal to have major continental ice sheets growing.

How can we manage the kettle hole ecosystem better?
<>We need to think about managing for diversity of landscape features, including kettles that are deep and shallow, high and low in the local watershed, isolated and connected to other lakes and peatlands. Taking this approach to maintaining landscape-level variety can buffer our land management against our ignorance of how these sensitive ecosystems respond to extreme events and unforeseen stressors.

How widespread do you think these sudden state shifts will turn out to be as climate change intensifies? Will the kettle holes turn out to be an anomaly, or will they be the first of many?
<>We can expect many sudden state shifts as the frequency of extreme climatic events increases, and we may also see sudden shifts due to internal feedbacks in ecosystems as average climatic conditions slowly drift out of the range in which those internal feedbacks operate. As climate continues to change, there will also certainly be surprises. 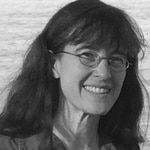 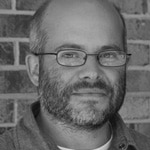 Sara Hotchkiss is a professor in the Department of Botany and a member of the Nelson Institute for the Environment’s Centers for Climatic Research and Culture, History, and Environment. She earned an AB in Biology from Oberlin College and a PhD in Ecology from the University of Minnesota-Twin Cities.

Prof Booth and Hotchkiss’ research uses the paleoecological record preserved in kettle hole ecosystems of northern Wisconsin to assess the potential for climate-induced ecosystem state shifts, as well as the ecological effects of these events.

The ultimate veg patch: Can phytotechnology save cultivated peatlands?
Earth & Environment
Read This Article
How to promote gender equity in the green economy
Behavioural Sciences
Read This Article