Biology
How exactly do birds ‘talk’ to one another? And might research into how birds listen to birdsong help us understand communication both in humans and birds? Dr Robert Dooling and his team, based at the University of Maryland, USA, showed that – for zebra finches at least – the subtle nuances in sound texture or timbre are more important than the sequence of repeated sounds. This is surprising to us as humans, since the sequence of sounds that make up words and sentences is crucial in our communication. The team’s research suggests new avenues of investigation in using zebra finches as animal models for the processing of sounds and sequences.

Researchers have been curious about birdsong for a very long time; not only from a physiological point of view about how birds can produce and recognise such sounds, but also what similarities – if any – birdsong shares with human speech. Even Aristotle in his “History of animals” noticed that in addition to learning a song from their parents, young birds can also modify the original and create a new song. More recent studies have shown how, just like babies, young birds can learn a series of sounds and then use them in their adult life to communicate with other birds.

Despite this progress, how exactly birds ‘talk’ to other birds to convey important information is still a mystery – one that Dr Robert Dooling and his team from the University of Maryland, USA, are keen to unravel. The team in the Ball-Dooling Laboratory are experts in Behavioural Ecology, Linguistics, Psychoacoustics, and Neuroendocrinology. Together they have worked on problems from the brain mechanisms underlying vocal production to perceptual specialisations for perceiving species-specific song to the coding of meaning in sound sequences. This work may have important implications for our understanding of the evolution and unique structure of human language. 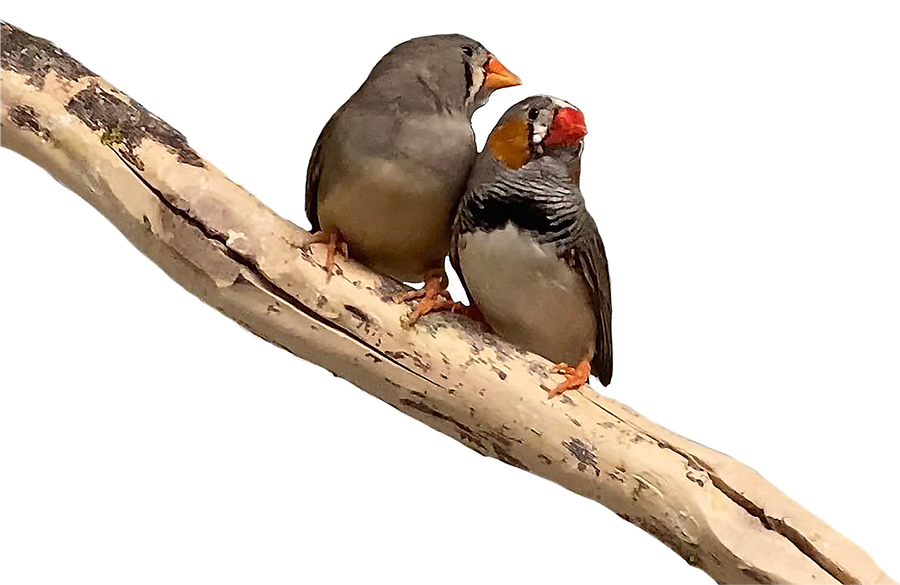 Using zebra finches
As one model, Dr Dooling and his team used Zebra finches (Taeniopygia guttata). In this Australian bird, only males can sing. Young males have to practice for months in order to learn how to produce a song, which they largely copy from their father. For these males, there is a short window during which juvenile birds learn by imitating their father.

Zebra finch songs are made up of only a small number (3-8) of distinct notes, or syllables, which are short, buzzy sound bursts with a distinctive structure. These syllables are repeated in a fixed order to make up an entire song. Zebra finches mate for life, and the male uses his song to attract a female. In addition to song, zebra finches also use many other vocalisations which are not learned. Both male and female zebra finches produce about 10 different types of calls. In spite of the fact that zebra finch calls and songs sound like ‘chatter’ to us, males and females are communicating important information, like how to coordinate parental care.

Birds are communicating information using an acoustic channel that is beyond human perceptual capabilities. Birds hear details in their vocalisations that are not distinguishable to the human ear.

What’s essential in a song?
But what is more important for a zebra finch? The sequence of syllables or the fine details or timbre of individual syllables? To answer this question, the research team trained zebra finches to detect changes in a syllable’s timbre or in its position in a sequence of several syllables.

It is tempting to assume that sequence is more important than structure for zebra finches because that’s how human language typically works: you can say words with a different stress or different accent, but the linguistic meaning is the same. However, if you change the order of syllables in a word, or words in a sentence, the meaning may completely change.

Sonograms of a 4-syllable zebra finch motif. In the middle sonogram, one syllable is reversed (change in timbre). In the bottom picture, the sequence of syllables is changed.

“Fascinatingly, zebra finches, and other birds, outperform humans at detecting these very tiny changes in the acoustic structure of syllables, performing well beyond human capabilities but at the same time, struggle to hear changes in the order of syllables in the song –a task that is easy for human listeners”, explains Dr Dooling.

If birds had experience with the song beforehand, they were a little bit better at recognising a change in the sequence of syllables, but they were still much more sensitive to changes in syllable acoustic structure. It’s not unreasonable to speculate that syllable sequence may have some communicative significance between partners, but it looks like the real message is in the subtleties of syllable structure. “These results provide potential insight on the significance of zebra finch song features and suggest new avenues of investigation in using zebra finches and other birds as animal models for the evolution of sequential sound processing”, says the research team.

Beyond human perception
This work reminds us that human hearing may not be the best tool to understand what aspects of a birdsong are important for birds. It’s entirely possible that, if we cannot hear these differences, we’ll never truly understand birdsong. “The fact that the sensitivity of birds to the minute structure of individual song elements well surpasses that of humans strongly suggests that birds are communicating information using an acoustic channel that is beyond human perceptual capabilities – reminiscent of the ultrasonic echolocation calls of bats that are beyond the range of human hearing”, said Dr Dooling.

At the very least, these results suggest acoustic communication between zebra finches – and possibly many other birds – relies heavily on subtle timbre features of notes and syllables. In other words, syllable sequence may be a surface parallel between birdsong and human language, but the structural nuances in the syllables are much more critical for birds in communicating important information.

On songbirds and parrots
To further complicate matters, not all birds behave like zebra finches. While zebra finches learn one song when they’re young and keep it for their entire adult life, other species, like the budgerigar (Melopsittacus undulatus), learn throughout life and perform with more variability in their songs, more akin to vocal learning and communication in humans.

Interestingly, faced with the same challenge as zebra finches, budgerigars had no problems detecting changes in the sequence of syllables. These results are curious, to say the least, but Dr Dooling cautions that is too early to tell whether this is a real difference between some species of birds and more research is needed. “Whether our findings represent a songbird-parrot difference or a species difference in fixed/flexible song learners cannot be addressed with only two species”, said the researcher. “However, these results do suggest an interesting avenue for further comparative investigation on the neural basis of fine structure and sound sequence processing in birds.”

This work may “have important implications for animal comparative studies seeking to understand the evolution and unique structure of human language”. What basic biological phenomena from gene expression to neural circuits underlies this ability?

Coded information
One aspect of the zebra finches’ ‘chatter’ that sparked Dr Dooling’s curiosity was what kind of information was hidden in the timbre of their vocalisations. Not only do zebra finches mate for life, but they are native to Australia where weather is unpredictable. Zebra finch pairs don’t have a fixed breeding season but breed only when weather is good, and they may travel large distances in search for water and food. For this arrangement to work, partners have a lot to coordinate with one another (such as where to go, how stressed they are, and when to breed).

Birdsong is not the same as human speech
Seeing similarities between birdsong and human language may be very appealing, but Dr Dooling’s work highlights critical differences between the systems. “We believe that zebra finches, and probably birds in general, may be communicating sophisticated social information in the acoustic details of calls and songs to which the human ear is largely insensitive”, said Dr Dooling.

Despite these differences, birdsong can still provide valuable information to understand human language. The differences between zebra finches, and say budgerigars, in how syllable sequences are perceived, can be used as a roadmap to study how the vertebrate brain encodes and recognises learned vocalisations. Studying perception of song syllables also provides the opportunity to understand how biologically critical information is conveyed in subtle features of voice for both birds and humans.

What sparked your interest in birdsong?
<>
Anyone growing up with pets becomes aware they communicate acoustically with each other, and more importantly, with you. When I began studying hearing in graduate school, my colleagues in speech and linguistics often bemoaned the fact that, unlike most other biological phenomena, there were no good animal models of human speech perception and language – because speech was so special and uniquely human. But even casual observations of songbirds and parrots, though they are separated from humans by hundreds of millions of years of evolution, reveals that they also have very elaborate acoustic communication systems which depend on learning like human speech and language and are worthy of a closer examination.

Would it be better to use species like budgerigars as models to study human language?
<>
In a narrow sense, probably. But the real power is in the comparative approach to understanding complex biological phenomeana. How is it that birds with a brain the size of the tip of the human thumb can accomplish some of the feats that the human brain accomplishes with language? And what is different about the brains of finches and budgerigars that enable one to perceive sound sequence changes fairly well, but not the other? Answers to these comparative questions will tell us a lot about the neural basis, and the evolution, of human language and speech communication. Working in multidisciplinary teams is essential to fully understand these issues. 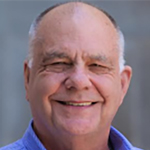 Robert Dooling is Professor Emeritus in the Psychology Department and former Director of the Neuroscience and Cognitive Science Program and Associate Vice-President for Research at the University of Maryland. He studies comparative aspects of hearing and acoustic communication with over 250 articles, chapters, and books on this topic.

Gregory Ball is Professor and Dean at the Department of Psychology, University of Maryland. 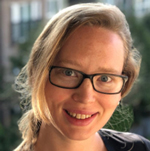 Nora Prior is Postdoctoral Fellow, Department of Psychology, University of Maryland. 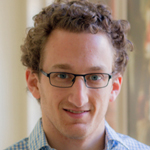 Adam Fishbein is Graduate Student of the Neuroscience and Cognitive Science Program, University of Maryland. 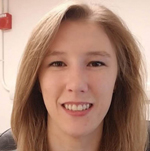 Shelby Lawson is Graduate Student at the Department of Evolution, Ecology and Behavior, University of Illinois.

Prof Dooling and his research team study the acoustic elements of zebra finch songs and their implications for human speech and language.