Physical Sciences
When Albert Einstein predicted the existence of gravitational waves over one hundred years ago, nobody could foresee what the implications could possibly be – but, as they make the move from predicted theory to proven fact, researchers like Professor Zoltan Haiman, of Columbia University, are devising ways of using them to study binary systems of colliding black holes and the very early universe in completely new ways.

As far back as we’ve been able to crane our necks, our civilisation has been looking to the stars with a sense of wonder and awe. Our earliest ancestors worshipped the skies with a fierce superstition – and on the darkest of nights in the quiet of the countryside, away from the light pollution that plagues our towns and cities, it’s easy to see why: our heavens hold a beauty that is unparalleled anywhere else in the natural world.

It wasn’t long before our ancestors started applying the rigour of mathematics to the sky – astronomy is, in fact, the oldest of the natural sciences, dating back to prehistoric times. The sun went down and everyone was at it: the Babylonians, the ancient Chinese, the Greek philosophers, the Egyptian Pharaohs – every civilisation that was advanced enough to record what they were doing: all standing on the shore of an endless ocean of light, underneath dark skies with bright and starry eyes, meticulously studying the mechanics of celestial bodies far beyond their comprehension; watching with a sense of wonder as points of light danced above them in the night.

Today, our knowledge of the Universe has surpassed the wildest hopes and dreams of those who came before us. We know that some of those points of light are actually giant nuclear fusion reactors called stars, just like our own sun; and some of them are galaxies so far away that our eyes reduce them – a collection of billions of stars – to one single point. We know how stars are born – and how they die – and that if a star is big enough when that time comes, it will collapse in on itself to form a singularity: an object so dense that not even light can escape its gravitational pull. We call these objects black holes. We know that at the centre of almost every galaxy lies a supermassive black hole and that galaxies often collide with each other (see image to the left) to form even larger galaxies. One thing we’re not entirely clear on, however, is what happens when the black holes from two colliding galaxies meet and form binary systems.

Comparing the distance to the galaxy with its apparent recession speed will map the expansion rate of the universe over cosmic time, back to early epochs which are beyond the reach of [current methods].

The gravitational waves discovery sweeping through astronomy
For most of our history, astronomers have viewed the stars through the lens of Newtonian physics. Einstein’s theory of relativity changed that: time and space were no longer different entities but two sides of the same coin, interlinked in a system that is almost impossible for us to comprehend (the fact that Einstein did is why he is so famous). It replaces the force of gravity, proposed by Isaac Newton, with a seemingly abstract idea: space and time are a medium in which everything exists. Heavy objects, like planets, warp this medium and change its shape and that’s what we experience as a force pulling us towards the Earth (gravity). Space-time is a difficult idea to grasp but the beauty of Einstein’s theory is that it explains so much of the universe so fully that it is impossible to ignore. That and the mathematics stack up: scientists have been trying – and failing – to prove him wrong for over a hundred years.

An interesting prediction that comes out of Einstein’s theories is the existence of gravitational waves – ripples in the fabric of space-time itself. Until recently, a prediction was all that they were but since 2016, scientists have been able to measure them and, as our technology advances, they will be able to further exploit gravitational waves to investigate what happens when two galaxies collide.

We know that black hole binary systems play a fundamental role in shaping the galaxies they belong to – and that their collision would likely be the most energetic phenomena in the known universe – but much like gravitational waves, direct evidence of black hole binary systems has so far been lacking. This is because the black holes are too close to each other to tell apart using our current telescopes (see above image). That could be about to change.

LISA
In 2034, the European Space Agency (ESA) plans to launch LISA, a Laser Interferometer Space Antenna, which will be able to detect the gravitational waves resulting from the interaction between two colliding black holes (see image overleaf). This will provide astronomers with a shiny, new set of tools to probe the farthest reaches of our universe. Until then, researchers like Professor Zoltan Haiman continue to study such binary black hole systems using theoretical calculations and advanced computational simulations.

An astronomical fingerprint for binary black hole systems
In a recent paper, released earlier this year, Professor Haiman predicted what happens when two black holes collide as their host galaxies merge. As the black holes become close to one another, they begin to orbit around a common centre of mass – a point somewhere in space analogous to the pivot-point on a seesaw, around which the masses at either end rotate. They move slowly at first and, if the energy contained within their orbit was to remain the same, the system could continue like this forever, with the black holes caught in a never-ending dance. But energy is sucked from the orbit in the form of gravitational waves. They cause the orbit to shrink in size, and the black holes to spiral inward, colliding to form a single black hole.

The process takes an extremely long time to complete and, in the last few years of the merger, the gravitational waves become extremely strong. It is at this point that LISA will be able to detect them. Unfortunately, though, LISA will not be able to detect the galaxy in which the tango took place. The gravitational waves will be released as periodic undulations, following the binary’s orbital motion — what Professor Haiman calls gravitational wave pulsars – and, in the last few months of the merger, the system will be rotating at extremely high speeds (about 10% of the speed of light, or around 30 thousand kilometres per second). Professor Haiman’s research suggests that as a result, the binary should release similar periodic pulsations every few minutes or so. Professor Haiman, with his graduate student Daniel D’Orazio and colleague Professor David Schiminovich at Columbia University, has earlier suggested that the sinusoidal pulsations seen in optical and ultraviolet bands of a known bright distant quasar is due to the same phenomenon: for a pair of more widely separated, and less rapidly moving black holes, these lower-energy pulsations would be expected and appear consistent with the observed data [Ref 2].

As both phenomena are caused by the same orbital motion, they should occur together and help astronomers pin down the location of the merger. As Professor Haiman explains: ‘This tell-tale “X-ray chirp”, accompanying the gravitational wave chirp, should allow astronomers to uniquely identify the host galaxy of the merging black hole pair – since there will be only one galaxy with such X-ray pulsation, matching the gravitational waves’. In other words, black hole binary systems should have their own unique astronomical fingerprint that can be traced to a well-localised point on the sky. The presence of strong X-ray pulsations, in tandem with the gravitational waves being detected by LISA, was also seen in detailed hydrodynamical simulations, computing the response of the circum-binary plasma to the “propeller” motion of the black holes, by Professor Haiman and his collaborators Professor Andrew MacFadyen and graduate student Yike Tang (at New York University) [Ref 3].

Such massive black hole binaries are expected to play a fundamental role in sculpting their host galaxies, and their eventual mergers would be the most energetic phenomena in the universe.

Accessing information from the beginning of time
Using this new approach, astronomers will be able to unlock a whole host of new information about black hole binary systems and, by extension, our entire universe. Determining the exact location of a handful of such black hole binary systems will allow astronomers to connect black holes with their host galaxies. They will also be able to map the accelerating universe back to the very beginning of time. ‘Comparing the distance to the galaxy with its apparent recession speed will map the expansion rate of the universe over cosmic time, back to early epochs which are beyond the reach of the similar, Nobel-prize winning exercise done with supernovae,’ explains Professor Haiman. It will also allow astronomers to test whether X-rays and gravitational waves propagate at the same speed – as Einstein’s theory predicts – and if they don’t, then perhaps Professor Haiman’s proposed method will be the one that finally proves that Einstein’s theory of relativity is not the full story.

Over one hundred years ago, Albert Einstein changed how we viewed the universe and, almost as a by-product of his theory, predicted the existence of gravitational waves. It has only been in the past few years that astronomers are beginning to prove that he was right – with the experimental verification of gravitational waves in 2016. A proof which is providing astronomers with a new lens through which to view our expanding universe and unlock mysteries that our ancestors could only dream about. Although astronomy is the oldest of the natural sciences, it is also the one which holds the most potential for new discovery. This is even more true now – the research by Professor Haiman, and similar work done by others, have shown that unexpected new breakthroughs can be enabled by combining gravitational waves with data obtained with traditional telescopes. It seems like hardly a day goes by without there being a new discovery, or announcement, thanks to the advancement of technologies and theories by researchers such as Professor Haiman. Throughout all of that, though, one thing in astronomy has remained the same: we still look to the skies with a sense of wonder and awe.

What is it that motivates you to work in astronomy and cosmology?

<>It is a privilege to be removed from the constraints of day-to-day business here on Earth, and to be thinking instead about the unsolved mysteries of the universe. And it is highly rewarding to contribute, even a tiny bit, to our understanding of how things work in it.

Black hole binaries and gravitational waves: Unlocking the secrets of our universe in unexpected ways was last modified: January 15th, 2019 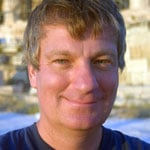 After completing high school in Budapest, Hungary, Zoltan Haiman completed his undergraduate studies in Physics at MIT and a post-graduate certificate in Chemistry at Cambridge University, UK. A PhD in Astronomy from Harvard University was next, followed by a postdoctoral fellowship at the Astrophysics theory group at Fermilab, Batavia IL and a Hubble Fellowship at Princeton University. He has been a member of the faculty in Columbia University’s Astronomy Department since 2003.

One thought on “Black hole binaries and gravitational waves: Unlocking the secrets of our universe in unexpected ways”