Professor Alastair V Ferguson leads an interdisciplinary neuroscience research group at Queens University in Canada, studying the central nervous system with a specific focus on understanding changes in brain function associated with hypertension and obesity. More specifically, the group’s recent studies have focused on understanding how our brain controls many critical variables – including glucose, oxygen, blood pressure and electrolytes – and keeps them within normal limits using blood–brain communication, in order to maintain optimal body function and health.

The central nervous system is the control centre of our body. It collects and integrates critical information coming from the internal and external environment, and initiates appropriate physiological responses to maintain the internal environment in a homeostatic state, supportive of optimal health. Internal information regarding body functions comes from a variety of sensors including thermoreceptors (heat), baroreceptors (pressure), chemoreceptors (substances), as well as those monitoring fluid volume, metabolic state, and immune function. Autonomic control centres within the brain collect and integrate this information and initiate appropriate autonomic responses to maintain this essential ‘milieu interieur’.

Central autonomic control
Critical components of this sensory information regarding the current state of the internal environment are conveyed by signalling molecules, such as amino acids, peptides, and larger molecules, which are delivered to their site of action by the general circulation. Specialised brain centres detect these molecules and adjust physiological systems of the body accordingly, in order to maintain homeostasis (the regulation of conditions in the body such as temperature, water content and carbon dioxide level). Many of these signalling molecules are large and lipophobic (not soluble in lipids) and thus cannot cross the blood–brain barrier – the mechanism that controls the permeability of brain capillaries, so that some substances are prevented from entering brain tissue, while other substances are allowed to enter freely.

The circumventricular organs
The circulating information conveyed by the above large signalling molecules can be communicated to the central nervous system via the circumventricular organs. These are structures in the brain characterised by their highly permeable fenestrated capillaries (small blood vessels from five to ten micrometres in diameter) which facilitate free exchange of molecules between the blood and nervous tissue of the body. They include the subfornical organ, the area postrema, the vascular organ of lamina terminalis, the median eminence, the pituitary neural lobe, and the pineal gland. The circumventricular organs can be primarily classified as either secretory (neurohypophysis, median eminence, intermediate lobe, and pineal), or sensory (area postrema, subfornical organ and organum vasculosum of the lamina terminalis).

The subfornical organ plays a major role in the central regulation of hypertension as well as of body weight.

The secretory circumventricular organs
The neurohypophysis is the posterior lobe of the pituitary gland, and it secretes oxytocin and vasopressin – hormones involved in reproduction and fluid balance – directly into general circulation. The median eminence – perhaps the most important of the secretory circumventricular organs – secretes a variety of hormones that regulate stress, reproductive, metabolic, and immune control systems. The pineal gland produces melatonin, which has been suggested to play critical roles in the daily circadian changes which occur in all of the physiological systems.

The sensory circumventricular organs
The primary function of the sensory circumventricular organs is to detect signals via the blood–brain communication. These organs – the area postrema, the subfornical organ, and the organum vasculosum of the lamina terminalis – are characterised by high expression levels of a variety of receptors and their resulting ability to integrate multiple signals. They are primarily known for their involvement in cardiovascular regulation, fluid balance, and metabolic control, although recently these structures have also been suggested to play roles in the control of food intake, reproduction, and immune response.

Area postrema
The area postrema is a midline hindbrain structure located on the dorsal surface of the medulla oblongata (or brain stem). Its dual role consists of detecting circulating gastrointestinal and blood pressure signalling molecules that reach it via the blood–brain communication interface, and transducing them into neural (nerve) signals, which are then transmitted to autonomic control centres in the medulla.

The subfornical organ and its importance
The subfornical organ (SFO) is a critical forebrain circumventricular organ initially identified for its roles in the control of fluid balance and cardiovascular regulation. The SFO does this through efferent neural outputs which collectively regulate drinking, vasopressin, and oxytocin secretion (hormones that control water and sodium retention by actions in the kidney), sympathetic output, the stress axis, and immune function.

Because of these suggested roles in integrated homeostatic control, the SFO has been at the centre of Professor Ferguson’s team’s research. Their latest study involved experiments on SFO neurons extracted from rats’ brains. These single neurons (nerve cells) were isolated and a patch-clamp technique (application of currents in individually isolated cells) was used to investigate how the cardiovascular hormone angiotensin II (ANG – a peptide hormone that causes drinking, vasoconstriction, and increases blood pressure), the metabolic hormone cholecystokinin (CCK, which stimulates the digestion of fat and protein), and blood glucose levels provide information that is integrated by single neurons in the SFO.

They showed that application of CCK or ANG increased action potential frequency (excited) in nearly two-thirds of responsive SFO neurons, while a quarter responded to ANG only. The rest of the responsive neurons responded with decreased action potential, firing (inhibited) only by CCK. Intriguingly, their work also showed that recording from these neurons in either hypoglycemic, normoglycemic, or hyperglycemic solutions changed the proportions of SFO neurons responding to ANG or CCK application. A hyperglycaemic (high blood sugar concentration) environment was associated with much higher proportions of SFO neurons responding to ANG, while a larger proportion of neurons were inhibited by CCK.

The findings highlight the subfornical organ as an integrative site where various metabolic and cardiovascular signals interact.

In addition, it was demonstrated that the responses of neurons to both of these signals are altered in hyperglycaemic status. Importantly, this study is the first to demonstrate direct excitation of the same SFO neuron by both a cardiovascular and a metabolic hormone, as well as the ability of circulating glucose concentrations to modulate the way these neurons respond to hormonal stimuli.

The findings suggest a role for regulatory peptides like CCK, a traditionally gastrointestinal system hormone, in increasing fluid intake and/or blood pressure via the activation of the SFO. Additionally, the results show that increasing glucose concentrations are associated with increased responsiveness of SFO neurons to ANG, potentially revealing a neuronal mechanism contributing to the comorbidities of hyperglycaemia and hypertension presented in obesity.

In contrast, a hyperglycaemic environment causes an increase in the proportion of SFO neurons that react to CCK, which could reflect the body’s attempt to decrease food intake in an energy-fulfilled state.

The team has also previously worked on a study where the patch-clamp technique was applied again on dissociated SFO neurons in order to investigate how the hormone leptin (which helps regulate energy balance by inhibiting hunger) affects the function of these cells. They successfully demonstrated that leptin influenced the excitability of 64% of the SFO neurons. The hormone was shown to depolarise the majority of responsive neurons, while the remaining cells that responded to leptin hyperpolarised.

The fact that leptin increases the excitability of the SFO’s neurons suggests that the SFO is a possible central nervous system location on which leptin may also act to influence control of energy homeostasis.

These findings add to the team’s previous research findings, using microarray technology on rat SFO tissues. The latter revealed the effect of fluid and food deprivation on the SFO. Besides identifying the specific genes, the expression of which are significantly modified by water and food deprivation, they also revealed that such environmental circumstances as dehydration and food deprivation can actually cause changes in the SFO structure and function, which occur as a part of the body’s physiological response to these extreme conditions.

What could the revelation of the ways in which integration and overlap of separate autonomic systems (cardiovascular, respiratory, gastrointestinal, immune, etc.) occur in the circumventricular organs mean? How would this knowledge help tackle diseases like, for example, the metabolic syndrome?

Perhaps the most important part of what is suggested here is that these systems are not regulated in isolation but all contribute to an “integrated autonomic health” which is critical to a healthy person. This concept is supported by the co-morbidities associated with all of these autonomic dysfunctions – that is, once you have one the others are usually not far behind! 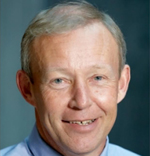 Professor Ferguson was born in the UK, undertook an undergraduate degree at Birmingham University, then moved to Canada to see the world and complete a PhD at the University of Calgary. He followed this with a post-doctoral fellowship at McGill in Montreal, and moved to his only academic position at Queen’s University many years ago. Other passions include family, rugby, golf, and Chelsea in the English Premier League. 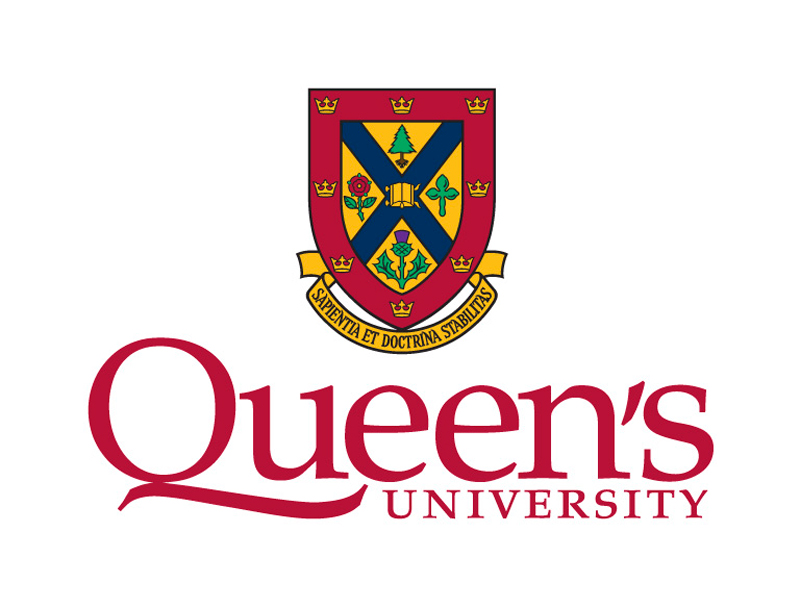