Nervous system and muscle adaptations cause strength gains during resistance training. Nervous system adaptations primarily cause the gains during the first few weeks, while muscle adaptations primarily cause gains over the longer term. There remains a gap in the research regarding the effect of chronic resistance training on the nervous system, however, due to challenges involved in collecting data over time. Dr Duane Button, Associate Dean of the School of Human Kinetics and Recreation at Memorial University, Canada, and Dr Gregory Pearcey, sensorimotor neuroscientist at Northwestern University in the US, together with Drs Kevin Power and Shahab Alizedah, review the available evidence and highlight the need to bridge this gap in the literature.

Recent work by Dr Duane Button, Associate Dean at the School of Human Kinetics and Recreation, Memorial University, St Johns, Canada, and Dr Gregory Pearcey, sensorimotor neuroscientist at Northwestern University, Chicago, USA, along with Drs Kevin Power and Shahab Alizedah, reviews the available evidence and highlights a gap in the literature surrounding longitudinal studies on the effect of chronic resistance training on the nervous system.

Recognising the challenges of collecting longitudinal data in this area, they nevertheless emphasise the importance of investigating nervous-system adaptations that occur beyond the acute phase (a few weeks or months) of resistance training.

Defining ‘acute’ and ‘chronic’
In their 2021 review, Button, Pearcey and their colleagues discuss the fact that there is no clear definition of the terms ‘acute’ and ‘chronic’ in relation to resistance training duration. To help to ensure some degree of consistency when examining neural adaptations to longer-term resistance training, the researchers suggest that ‘chronic training’ can be defined as consistent training lasting longer than one year. However, they acknowledge that even their suggestion is arbitrary.

Quantifying neural adaptations
The term ‘neural adaptation’ describes a gradual change over time in the responsiveness of the nervous system to a repeated stimulus – resistance training, for example, involves repeated exertion to lift a heavy object. Surface electromyography (EMG) is a method which has been used to measure neural adaptations. The non-invasive technique measures the electrical activity that occurs in muscles during contraction and can be used to provide an indication of the timing and intensity of muscle contraction.

Care must be taken when drawing inferences about neural adaptations using this technique. However, a well-controlled study by Balshaw and colleagues (2019), which compared agonist (contracting muscles) and antagonist (relaxing muscles) surface EMG, showed differences in strength between acutely and chronically trained cohorts, which was mostly attributed to differences in muscle size. They also showed that after accounting for fat between the muscle and sensors, which can affect the measures, the EMG of the contracting muscle was similar between the cohorts.

Neurons contribute in part to strength increase resulting from chronic training, with the exact ratio dependent on the training type.

The study also revealed that antagonist muscle activity, which should be relaxed, had decreased significantly in the group that had trained for four years (ie, chronic training). This suggests that nervous-system control of the muscles needed to carry out the activity had become more efficient.

Corticospinal pathway
The corticospinal tract is an important pathway through which motor signals travel from the brain to the spinal cord in order to transmit voluntary motor commands. This activates the motoneurons within the spinal cord and, in turn, the skeletal muscle.

Therefore, researchers commonly examine the excitability of the corticospinal pathway to understand whether resistance training causes adaptations along this pathway. Techniques used include non-invasive stimulation such as transcranial magnetic stimulation and transmastoid electrical stimulation.

Combining TMS and TMES
Researchers apply single pulse transcranial magnetic stimulation (TMS) to the motor cortex to activate motor regions of the brain, which traverse the corticospinal pathway to activate muscles of interest. Resulting motor-evoked potentials are then recorded via EMG from the muscle. Similarly, it is possible to measure spinal excitability via stimulation applied to the mastoid processes (at the back of the temporal bone of the skull) to produce cervicomedullary motor-evoked potentials. Researchers now commonly use a combination of these techniques to measure alterations in supraspinal (above the spine) and spinal excitability.

Effect of acute resistance training
The body of literature is largely in agreement in relation to changes in corticospinal excitability, showing that corticospinal (CS) neurons remain unchanged following acute resistance training. There is a range of possible explanations for any discrepancies in findings, including the training model applied, the specific activity, the stimulation model, whether the corticospinal excitability is recorded during muscle contraction or relaxation, the specific muscle under examination, and changes happening at other points along the corticospinal pathway.

What other papers say
In earlier experiments, Button, Pearcey and their colleagues showed that individuals who performed resistance training for at least two years had greater spinal excitability compared with non-resistance-trained individuals. Specifically, their studies found differences between cohorts at high levels of effort, relative to their maximal voluntary contraction (MVC) of the elbow flexor muscle. They suggested that differences in the motoneuron output between the trained and untrained group, in part, lead to the production of higher forces.

Collecting longitudinal data would make it easier to determine whether chronic resistance training results in continued adaptation of neural networks.

The researchers found that the trained group had increased motor cortex excitability and reduced inhibition at 25% and 40% of maximal contraction compared to the untrained group. They therefore suggested that differential activation due to training of intracortical networks (nervous system memory) was the reason for differences between the trained and untrained groups. The changes to these neural networks facilitated stronger muscle contractions, helping to produce higher force output without need of greater descending motor cortex input to the muscle with chronic training.

Corticospinal pathway plasticity
Based on the limited studies available, Button, Pearcey and their colleagues concluded that plasticity along the corticospinal pathway likely occurs in the spinal cord, at the motoneuron, resulting in greater output from the motoneuron to the muscle, and above the spinal cord, specifically within the intracortical circuitry, resulting in decreased inhibition or increased excitation of the motor cortical neurons.

Spinal and supraspinal adaptations both support greater force generation, and likely a more efficient nervous system when force is generated, specifically in individuals who have performed resistance training over long periods of time.

While further research is needed in this area, it appears from the evidence available, at least in relation to the biceps brachii, that chronic resistance training does not affect speed of signal transmission along the corticospinal tract.

Real world vs lab
Button, Pearcey and their colleagues highlight the fact that resistance training during lab experiments is rarely the same as training in the real world. Furthermore, there is variation in what is deemed an ‘effective resistance-training programme’ because training programmes are highly individualised, which means they are created differently for each individual.

Effective resistance training involves progressively overloading the muscles, using a varied yet specific training programmes. Even with best endeavours, these variables are difficult to track in relation to how much exercise an individual has undertaken and how much each variable contributes to neural adaptations.

Studies performed in the lab demonstrate differences in the central nervous system of chronically trained and untrained individuals. However, cross-sectional studies lack details on training programme variables and changes to the nervous system over time.

Button, Pearcey and their colleagues therefore suggest that there is a need for longitudinal investigations into the effects of various chronic resistance-training programmes on the nervous system. They note that participant recruitment should take account of the fact that there is currently a lack of knowledge regarding how age, sex, previous training, and disease affects nervous-system adaptation during resistance training over time.

To bridge the gap between lab findings and the real world, what are the key methodological considerations for future studies focusing on the effects of chronic-resistance training on the nervous system?
For human neurophysiology, many research techniques exist to give us a window into how the nervous system may adapt during chronic resistance training. The key for future studies will be collecting longitudinal data on how the central nervous system adapts and changes with chronic resistance training with specific attention to various training programmes. These training programmes should include strategies for specifically increasing muscular strength (ie, power lifting) and muscular power (ie, Olympic weightlifting) as they are unique in how the nervous system recruits the muscle(s) required to produce the given force, speed of movement, and subsequent movement patterns.

Bolstering brawn with the brain was last modified: June 16th, 2022 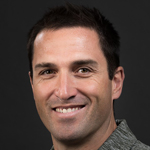 Dr Duane Button is a professor and Associate Dean at the School of Human Kinetics and Recreation, Memorial University. Dr Button’s research focuses on how the neuromuscular system responds to acute and chronic activity. He is also a Certified Exercise Physiologist with the Canadian Society for Exercise Physiology. 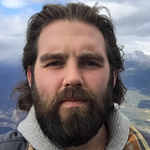 Dr Gregory Pearcey is a sensorimotor neuroscientist interested in how use and disuse can alter the human nervous system. He currently studies human motor unit behaviour using high-density surface electromyography at Northwestern University in Chicago. His work borrows evidence from basic neurophysiology to improve motor function in neurologically impaired individuals.