Health & Medicine
It is well-known that excessive salt intake can be a risk factor for high blood pressure. But how this effect is mediated – and why some people are more susceptible than others – remains up for debate. Collaborators Professor Raymond Harris and Professor Ming-Zhi Zhang, at Vanderbilt University School of Medicine, have uncovered a novel role for immune cells derived from bone marrow in salt-sensitive high blood pressure, hinting at potential new ways to manage and treat the condition.

High blood pressure (hypertension) may affect as many as a quarter of the developed world population, and is a significant risk factor for cardiovascular conditions such as heart attacks and strokes. Although the causes of high blood pressure are many and complex, most cases are at least partially triggered by a high salt diet: high levels of sodium pull water into the blood stream, increasing the pressure as it passes through the blood vessels. Therefore, the relationship between dietary salt and hypertension is an important public health concern that needs addressing.

Previous paradigms about the development of salt-sensitive hypertension are incomplete

A healthy balance
When our bodies function correctly, they can counteract excess salt consumption and maintain ‘homeostasis’ – a constant balance of the chemicals, hormones, and other parameters within the body. A key mediator of salt homeostasis is the cyclooxygenase-prostaglandin pathway, which synthesises hormone-like signalling molecules (prostaglandins) responsible for a range of physiological effects – including inflammation, dilation of blood vessels, and the production of blood-pressure-related hormones. Inhibition of the cyclooxygenase-prostaglandin pathway has already been linked experimentally to clinically significant salt-sensitive hypertension.

Until recently, the action of the cyclooxygenase-prostaglandin pathway in maintaining stable blood pressure was thought to be limited to the kidneys – the organs that, after all, play the major role in maintaining our bodies’ salt and water balance. High salt diets were known to increase production of the pathway’s key, rate-limiting enzyme, cyclooxygenase-2 (COX-2) in both kidney tissue and white blood cells circulating in the kidney, resulting in an excretion of excess sodium.

The work of Professor Harris and others, however, is beginning to implicate a range of other tissues in salt homeostasis, including the immune system and even the skin. In particular, Harris and Zhang’s research focuses on the bone marrow, the source of ‘haematopoietic’ cells: stem cells responsible for making all other types of blood cells, including the white blood cells of the immune system.

Hypertension through transplantation
Professors Harris and Zhang took laboratory mice with a normal, functioning cyclooxygenase-prostaglandin pathway, which could maintain normal blood pressure regardless of the amount of salt ingested. They then transplanted bone marrow cells into these mice, in which the gene for COX-2 had been switched off. When the mice were then fed a high salt diet, their blood pressure increased. This showed that, without COX-2 in their bone marrow – and therefore also in the blood cells derived from it – the mice were less able to deal with the excess salt, despite having functional COX-2 molecules in other parts of their body including the kidneys.

Professors Harris and Zhang concluded that cells produced in the bone marrow must play a hitherto-overlooked role in maintaining salt balance and blood pressure through the cyclooxygenase-prostaglandin pathway. Not only that, but as Prof Harris points out: “Previous paradigms about the development of salt-sensitive hypertension are incomplete.” When the experiment was reversed, so that mice lacking in COX-2 throughout their body were transplanted with normal bone marrow, their hypertension improved, confirming the new findings. 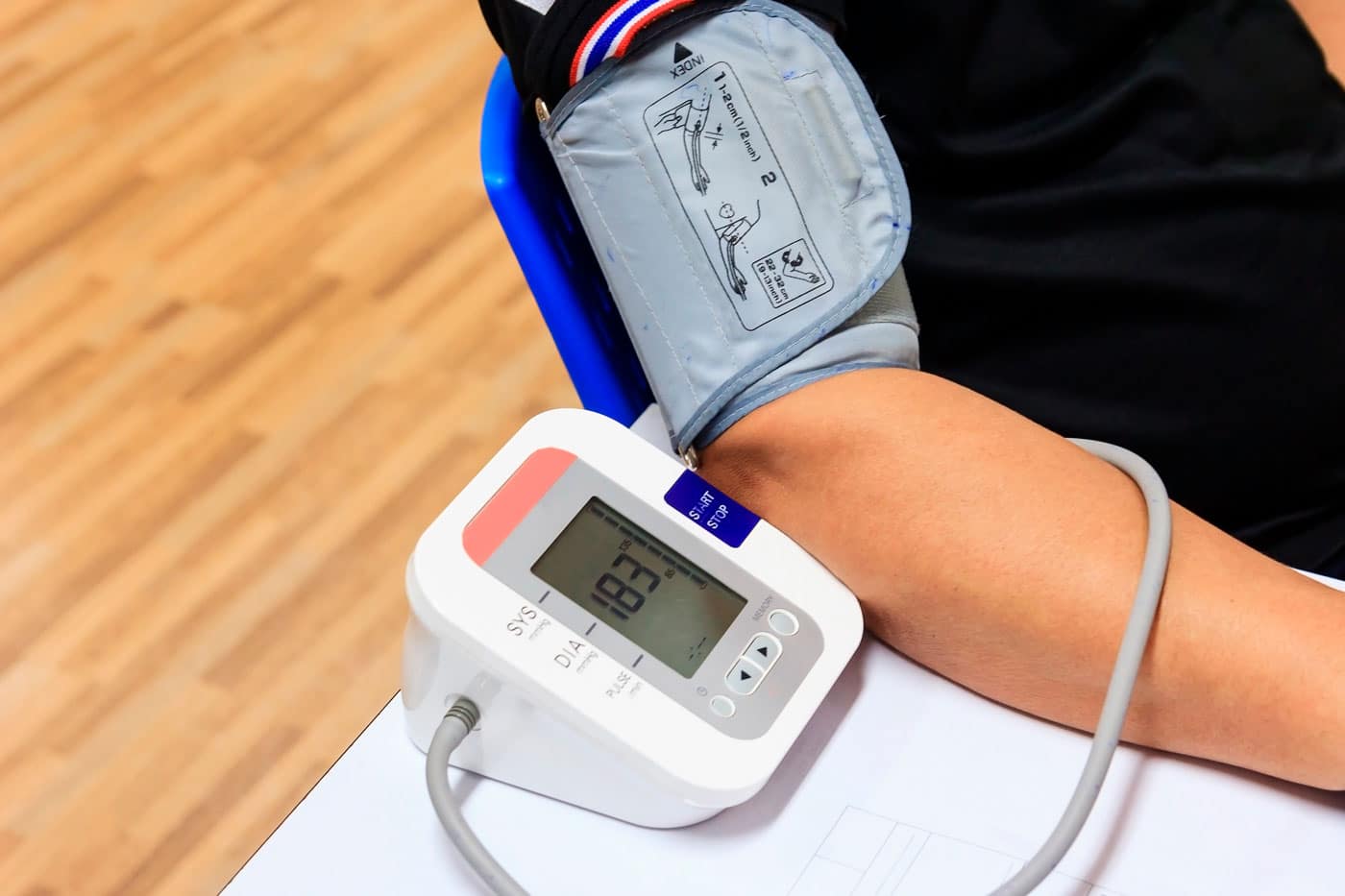 Further investigations of the transplanted mice found changes in the population of at least two forms of white blood cells, macrophages (which usually engulf invading pathogens and debris) and T cells (which recognise and attack pathogens through specific antigens, contributing to immunity), in their kidneys and skin. Prof Harris suggests that prostaglandins generated from bone marrow-derived white blood cells may partner with those from the kidney to prevent hypertension caused by a high salt diet.

Very similar results were found when mice were transplanted with macrophages lacking a key receptor further on in the cyclooxygenase-prostaglandin pathway, EP4, which mediates prostaglandin signalling, suggesting that disrupting either prostaglandin production (by COX-2) or reception (by EP4) in these cells can cause salt-sensitive hypertension. Overall, the study suggests an unexpectedly important role for white blood cells in salt homeostasis, generated in the bone marrow but acting at remote sites including the kidneys and skin. However, according to Harris and Zhang, the underlying mechanisms appear to be complex and multifactorial.

Stop popping the painkillers
The cyclooxygenase-prostaglandin pathway has many different roles in the human body besides salt homeostasis, for instance mediating inflammation and pain. Some of the world’s most popular painkillers – the non-steroidal anti-inflammatory drugs (NSAIDs), such as aspirin and ibuprofen – act by blocking the action of COX-2 to prevent inflammation triggered by prostaglandins. Thus, side-effects of regular NSAID use include both salt-sensitive hypertension and peripheral oedema, an associated swelling of the extremities caused by a build-up of fluid in the spaces between tissues of the body. Harris and Zhang’s work shows that these effects may be more complex and widespread than previously thought.

Their results so far are tantalising, suggesting a completely novel route to hypertension in mammals. In a project funded by the US National Institutes of Health, they now propose to further tease out the complex role of the prostaglandins produced by COX-2 in cells derived in the bone marrow. They want to find out exactly how the pathway is triggered into action by the presence of excess salt, how it relates to the occurrence of peripheral oedema, and to quantify the relative roles of macrophages in the different organs of the body in managing hypertension.

In light of their findings so far, Harris and Zhang propose to test whether hypertension linked specifically to NSAID use occurs through the inhibition of the cyclooxygenase-prostaglandin pathway in bone-marrow derived cells. They are also considering the possibility of activating the EP4 receptor through drugs, as a new treatment for salt-sensitive hypertension. Their results may ultimately suggest ways to both treat and prevent this widespread, chronic medical condition.

How does a high salt diet lead to hypertension?
<>Although there continues to be some controversy about the role of dietary science, most epidemiologic evidence indicates an association with hypertension. A significant percentage of the population is “salt sensitive”, and increased salt ingestion leads to either development or exacerbation of hypertension.

How do the different organs now known to be involved in salt homeostasis (for instance, kidneys, bone marrow and skin) communicate with one another?
<>Our understanding of salt homeostasis is rapidly changing. Although new studies now clearly show that salt can accumulate in both skin and muscle, how these organs communicate with the kidney, which is ultimately responsible for salt and water homeostasis, remains uncertain. However, there is increasing evidence that increased salt ingestion activates an inflammatory response in the affected organs, which may be a major predisposing factor for development of salt-sensitive hypertension.

How can you be sure that your results from mouse studies are applicable to humans?
<>Ongoing clinical studies using sodium MRI clearly show that humans also accumulate sodium in skin and muscle, and studies with COX-2 selective inhibitors have shown a predisposition for development or exacerbation of salt-sensitive hypertension.

What do your results mean for the use of NSAIDs?
<>It is well known that both non-selective and COX-2 selective NSAIDs can predispose to development of salt-sensitive hypertension. These studies provide a mechanistic understanding of underlying mechanisms. 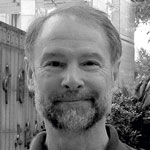 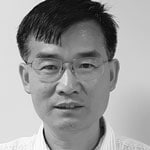 Raymond Harris, MD is currently the Ann and Roscoe R Robinson Professor of Medicine and Director of the Vanderbilt Center for Kidney Diseases. Research in the Harris lab has focused on understanding mechanisms underlying the pathogenesis of both acute and chronic kidney disease.
Ming-Zhi Zhang graduated from XuZhou Medical University in China and is an Associate Professor of Medicine and Cancer Biology in Division of Nephrology at Vanderbilt. His research focuses on cyclooxygenase-2/prostaglandin signalling pathway in macrophage polarisation and its role in regulation of blood pressure homeostasis.

Professors Harris and Zhang’s work specifically focuses on understanding the role of COX-2 and prostaglandins in the kidney, studying the underlying mechanisms of diabetic nephropathy and determining mechanisms of growth and repair in response to acute and chronic injury.