Health & Medicine
Magnesium is an essential metal ion for human health. However, its ability to act as a supplementary therapy against disease is a poorly understood area of science. Professor Michel L. Tremblay and his team at McGill University in Montreal, Canada, are looking to change this though, and are currently investigating the role of the newly discovered pathway, PRL-CNNM, in controlling magnesium’s mechanism of action. This breakthrough discovery has implications for our understanding of cancer, metabolism, circadian rhythm and infectious disease.

Magnesium (Mg2+) is a metal ion found in the earth, sea and all living creatures, and is essential to life. Present in every single cell of the body, it serves many important functions – especially in supporting biochemical reactions. Notably, it’s an intrinsic component of adenosine triphosphate (Mg-ATP), the universal energy store found in all forms of life. Its most widely-understood function is its ability to support the physiological processes behind the metabolism of food into energy. Magnesium contributes to the creation of new proteins from amino acids, the contraction and relaxation of muscles, and the regulation of neurotransmitters – chemical substances that transfer messages throughout the brain and nervous system. It also supports gene maintenance, helping to hold proper RNA and DNA structures.

Magnesium is an effective therapeutic agent for a number of health conditions including heart arrhythmia, migraines, asthma and epilepsy. Due to its significant role in sustaining the healthy functioning of organisms, scientists have been investigating its potential role in disease for decades. Research has particularly looked into the processes that regulate magnesium’s presence within the cells.

This is where Professor Michel L. Tremblay comes in. Alongside his team, he has uncovered one of the major pathways that regulates magnesium’s presence within the cells. His team’s recent groundbreaking studies suggest that a newly discovered pathway, reliant on interactions between certain protein phosphatase enzymes and magnesium transporters, could play an essential role in controlling the intra-cellular concentration of magnesium which has implications for countless cellular processes and diseases.

Pathway to progress
In recent studies Professor Tremblay shows that the PRL-CNNM pathway could play a role in controlling both the cellular concentration of magnesium, as well as the production of adenosine triphosphate (ATP) – the organic chemical that provides cellular processes with the energy required to drive them.

The “PRL” and “CNNM” acronyms come from the pathway’s reliance on two types of proteins and the way they interact. The first of these – the Phosphatase of Regenerative Liver (PRL) proteins – come in one of three forms, aptly named PRL-1, PRL-2 and PRL-3. These PRL proteins then interact individually with one of four types of magnesium transporter, called CNNM 1, 2, 3 and 4 proteins.

As yet, it is unclear whether these interactions play a role in magnesium transport, or if they simply act as a magnesium sensor for cells. Nonetheless, results currently show that the more PRL-CNNM protein complexes there are, the higher the level of intracellular magnesium. Think of it like three people (PRL proteins) getting a choice of four cars (CNNM transporters) to drive – driving these cars around causes intracellular magnesium to increase. Indeed, the central role of the PRL-CNNM complex is supported by the fact that it is evolutionarily conserved across all chordates.

Magnesium mutations
Mutating one of the PRL proteins in a study using mice, Professor Tremblay and his colleagues proved this phenomena to be true – establishing a decrease in intracellular magnesium production when PRL-CNNM interactions were inhibited. Through their work, they also found that the PRL enzymes and CNNM proteins worked together and that their collaborative function modulated magnesium levels in cells.

PRL-CNNM: a cancer-causing pathway?
The implications of this research are huge. The prominence of PRL gene expression in almost all human cancers, and the fact that PRL levels are higher in metastatic (spreading) tumours compared to non-metastatic tumours, suggests PRL is involved in the process whereby cancers spread.

Professor Tremblay and his team therefore turned their attention towards furthering understanding of this area, investigating the influence of PRL enzymes on cancer growth.

Again using mice as models, their research found that – amazingly – reducing the number of PRL proteins in cancer cells significantly reduced the rate of tumour growth. In other words: lower levels of PRL enzymes, lower levels of cancer growth.

Not only that, but the team also found that mutations in PRL or CNNM genes reduce intracellular levels of magnesium and lead to a decrease in the metabolism of cancer cells – preventing them from invading other tissues. This could therefore explain the oncogenic role of the PRL-CNNM pathway, the outcomes of which could be life-changing: should this process occur similarly in humans, different approaches to cancer prevention and therapeutics may be developed.

The complex and the cancer
So far, Professor Tremblay and his team have found an association between the balance of intracellular magnesium and the pro-oncogenic function of PRL-2 enzymes, pinpointing CNNM complexes as key PRL-binding partners.

However, cancer cells operate differently. These cells rely on a higher magnesium concentration to increase the activity of the PRL-CNNM pathway, ensuring their survival and replication. It therefore makes sense that PRL expression is often higher in metastatic tumours – instances where cancer spreads to surrounding tissue. Because of Prof Tremblay and his team’s findings, the role of the PRL-CNNM pathway has now been identified as a major part of cancer’s ability to metastasise.

PRL-CNNM: other implications
Although the initial focus of the PRL-CNNM complex research was on cancer, the McGill University group have since found it to have other important metabolic functions. They demonstrate that PRL-2 deficient mice have an abnormal physiology, leading to growth retardation, altered body composition and higher mortality rates after birth. Some of these effects appeared to be sex-dependent – especially in brown adipocytes important for maintaining body temperature – due to PRL being found at higher levels in females than in males. It is possible that female hormones may have a positive effect on PRL gene expression, increasing the amount of available PRL.

PRL-2 deficient mice also showed alterations in their circadian rhythm – the internal clock system that regulates energy expenditure, sleep pattern and metabolism. The importance of this mechanism was recently highlighted by the award of the 2017 Nobel Prize in Physiology or Medicine to Jeffrey C. Hall, Michael Rosbash and Michael W. Young for their discoveries of molecular mechanisms controlling the circadian rhythm. Not only that, but another of Prof Tremblay’s studies found evidence suggesting that the PRL-CNNM pathway is involved in energy metabolism – the chemical process animals and humans use to turn ingested food into energy.

Previous research had already pinpointed magnesium as a regulator of metabolic and circadian processes, but in a recent report Prof Tremblay identified that the PRL-CNNM proteins were directly regulated by proteins responsible for controlling circadian rhythm. During the morning, higher levels of PRL-CNNM complexes are present, which increases the concentration of intracellular magnesium. This facilitates metabolic output, awakening us and providing us with an active start to the day. In contrast, at the end of the day, the intracellular magnesium concentration depletes, allowing our “cellular furnace“ to cool down and encouraging us to rest.

The implications of Prof Tremblay’s area of work could be massive, especially within the field of cancer research

Lastly, but rather excitingly, the PRL-CNNM complex has been seen to be modulated by virus infection. Findings from Profs Tremblay and Teodoro’s McGill laboratories have suggested that – in a similar way to cancer – certain viruses rely on activating the PRL-CNNM complex, to produce the higher levels of magnesium required for optimal viral reproduction. This also seems to be true of many human parasites, including the malarial agent, which in collaboration with Dr Tewari (University of Nottingham) suggests a new possibility for fighting these pathogens.

The pathway forward
Prof Tremblay and his team’s research provides vital evidence about the newly-discovered PRL-CNNM protein complex, and the biological importance of controlling intracellular magnesium concentrations. Their research will inform further studies looking into the role of magnesium, both metabolically and therapeutically – within disease prevention.

The implications for this area of work are huge, especially within the field of cancer research. Tumour growth is associated with the PRL-CNNM pathway and the flux control of intracellular magnesium. Improving understanding of this area, and extending research insight from mice to humans, will not only broaden our knowledge of the molecular processes involved in controlling magnesium concentration, but it could also lead to novel therapies both in oncology, and against infectious disease.

One thing is for sure: magnesium’s role has never looked so important.

What would you say were your most noteworthy findings so far and how might these be applied to human studies in future?
<>

In the mouse studies you conducted, what evidence suggests that pathways controlling the magnesium flux could be involved in diseases and what further research needs to be carried out in order to ascertain that?
<>The most solid findings come from our research showing that, by removing PRL in tumour cells, cancer cells were less invasive and oncogenic in the animal model. When we examined these cancer cells with PRL reductions, they had less intra-cellular magnesium and were less oncogenic.

You recently met with other international scientists who are also carrying out research in this area, what were some of the most prominent points you discussed?
<>The structure of the complex – the existence of mutations in the CNNM human population and their association with kidney hypomagnesonemia diseases. We also discussed the role of the complex in modulating infectious agents, as well as how PRL-CNNM modulates magnesium concentration, and how the PRL-CNNM genes and proteins are regulated.

What are your next steps in terms of future investigation?
<>Developing novel inhibitor molecules and identifying infectious agent proteins that interact with this complex. We also hope to identify how the complex controls energy expenditure and other cellular functions. 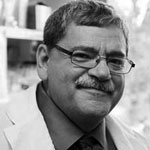 Michel L Tremblay is a Professor, a James McGill Professor and holder of the Jeanne and Jean-Louis Lévesque Chair in Cancer Research, at McGill University. A graduate of the Université de Sherbrooke (MSc) and of McMaster University (PhD), he completed his post-doctoral training at the National Institutes of Health in Bethesda.

Professor Tremblay’s research focuses on investigating Protein Tyrosine Phosphatases (PTPases), specifically looking into their roles in a variety of cellular processes such as cell growth, differentiation, and cancer.