Biology
If you’re a Japanese macaque (Macaca fuscata yakui), you don’t have to be the alpha male to be the most successful. In fact, recent research from Dr Yosuke Otani at Osaka University shows that a better mating strategy is likely to give you the best reproductive success. These monkeys may have evolved to outsmart the primate hierarchy.

We have a fairly concrete idea of how the monkey mating structure works. The ‘alpha male’ will dominate a group, and subordinate males will rise up the ranks as factors such as time spent in the group, health, and fitness increase. So, should we assume a ‘lesser’ male has a lower reproductive success rate? Well this is not the case with the Japanese macaque (Macaca fuscata yakui). Recent research by Yosuke Otani at Osaka University takes a detailed look at the way these primates behave in, and out, of the mating season, and how low-ranked males might adopt other methods to win over the females.

OUTSMARTING THE BIG GUYS
The primary observation of this research was spatial distribution of the macaques. Otani’s surveying covered just about every aspect of their relative spatial placement for nearly a year, covering two mating seasons (MI, MII) and a non-mating season (NMS) in the middle. 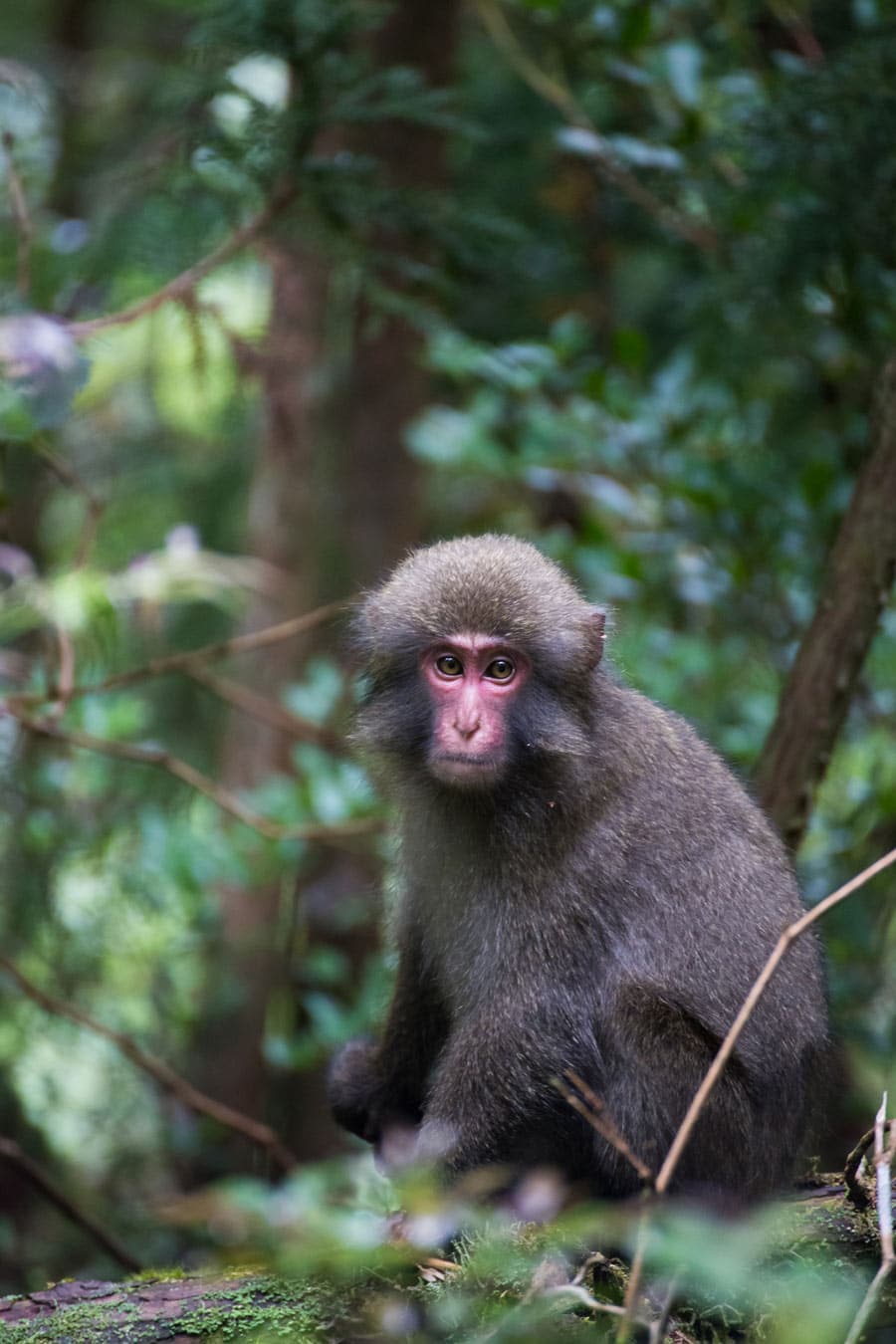 Spatial positioning in primate groups is important. These groups can either be bisexual, single sexed, or even consist of solitary individual males. Generally, in bisexual groups, dominant members will tend to try and occupy the central area of the group with subordinate males settling with the outskirts. The central animals will be closer to more females, a simple way of increasing chances of successfully mating. Therefore, the lower-ranking males may have to adopt alternative mating strategies in order to reproduce. This is precisely what happened with the Japanese macaque.

Historical studies have observed one such strategy called sneak mating. This involves a low-rank male ‘sneaking off’ with a female and mating out of sight from the dominant males. This seems a risky strategy; either the dominant males spot the mating attempt and attack, or the sneaking male expends a lot of energy trying to hide and catch up with the troop. A lot could go wrong.

The other method observed was cross-boundary mating, where a male would temporarily leave the group in order to find a female from a neighbouring group, mate, and then return. Obviously again, this is a high-risk strategy; the wanderer loses group living benefits and may encounter males from any other group. However, it drastically increases the number of females he could encounter during his travels.

Japanese macaque males have adopted a flexible mating strategy which means mating success is almost irrespective of their social hierarchy.

Otani’s incredibly thorough data collection focused on these three strategies, in order to properly quantify the spatial movements of a group of Japanese macaques. Hopefully, this would reveal when and why males adopt a particular mating strategy, and whether being biggest is necessarily the best.

PINPOINTING PRIMATES
The study group inhabited an island, Yakushima, off the south west of Japan. The island is well known for its lush vegetation, such that visual line of sight was restricted to around 20m. The group contained 9 females, and 7 or 8 males, depending on the season, and they were ranked depending on their fighting success. The monkeys’ movements were then measured according to the following spatial criteria.

The presence rate (PR) was the percentage of the other mature individuals seen in the vicinity of a chosen macaque in an hour. This was repeated for every mature macaque. This could be easily converted into sex specific PRs.

As well as presence, Otani’s team measured the distance between males and females. They tracked males and females in tandem recording their position using GPS, so later they could calculate the distance between them. The females were always considered to be near the centre of the group, as they hardly roam. They tracked each male for approximately two and a half days.

Finally, the mating behaviour was examined. Based on various aspects of the ‘copulation bout’, it could be determined whether a female was sexually active. The team also collected spatial data surrounding each mating event.

DURING THE MATING SEASON
The two mating seasons were between September 2009 to January 2010 (MSI) and October to November 2010 (MSII). During MSI there were more oestrous females and no infants, whereas in MSII there were fewer oestrous females and 7 infants. Despite having quite different levels of sexually active females, there was not much change in the copulation level, with 34 and 29 events in MSI and MSII, respectively. As well as this, the ranking of the male did not seem to matter. In fact, the highest-ranking male had the lowest percentage of copulation events in MSII. This heavily suggested that the lower-ranking males were finding a way to mate, without having to fight their superiors. So how were they doing this?

It was confirmed that during mating seasons, all the individuals group together, with fewer males roaming than in NMS. This would certainly increase the proximity to females for all males. The females had a higher PR with high-ranking males, suggesting they preferred to stick closer to high-ranking males, or that these males were exhibiting a guarding behaviour. This is where the low-ranking males employed the sneak mating technique.

Spatial data showed that low ranking males would stay in the centre of the group right up until a copulation event for which they would move to the periphery. In fact, due to the 20m visibility, the low-ranked male could easily hide under 100m away from the group during copulation and go completely undetected by the dominant males. This strategy was so effective that the low-ranking males had just as good, if not better, mating frequency than the highly ranked males.

The final alternative technique adopted by the low-ranked males was cross-boundary mating. This was observed during ranging behaviour (when a focal individual ranged more than 100m away from the group for more than an hour). During MSI, these males ventured outside their group’s range in order to find a female from another group – a fairly easy option for Otani’s study group since there were many surrounding macaque groups on Yakushima. This provided males opportunity to mate even when there were no, or a limited number of oestrus females present in their group.

SO WHAT’S THE CATCH?
Since these techniques seem so successful, why are they not always used? This comes down to a weigh up between the benefit, and cost, of each mating technique.

Due to the 20m visibility, a low-ranked male could easily hide under 100m away from the group during copulation… undetected by the dominant males.

With respect to cross-boundary mating, low-ranked males are putting themselves at high risk by travelling and infiltrating another group. They can expend a lot of energy, lose their troop, and also come under attack from rival males. Therefore, this method is only adopted when there is a high density of other troops, and when there are a low number of oestrous females in their own group (who will all be guarded by high-ranked males). It is worth noting that this technique also increases genetic diversity across populations.

The sneak mating technique also has clear risks. If spotted, the low-ranking male could easily be attacked by a dominant individual. When there are a low number of oestrous females, it may be difficult to separate them from the dominant males, in which case a low-ranking male may need to move on to cross-boundary mating.

The guarding technique of the highly ranked males also has its flaws. Despite having an easy life at the top, females do become uninterested over time, in something called the Westermarck effect. This could be seen through the decrease in copulation percentage from high-ranked males at MSII.

Between March and June 2010 was the NMS. During this time the macaques changed their behaviour once again. It was seen that the low-ranked males moved to the periphery of the group, and the number of ranging individuals increased significantly. Although needing to travel and feed more, this reduced the number of intragroup agonistic interactions.

All of this shows that the Japanese macaque males have adopted a flexible mating strategy which means mating success is almost irrespective of their social hierarchy. Aside from hierarchical standing, the choice of mating technique is determined by a multitude of factors including the number of oestrous females, density of surrounding troops, topography and vegetation cover, and even a gradual disinterest in long-standing high-ranked males. The next step for Otani’s research is to quantify how many offspring each male successfully produced, and to include further study on the roles of solitary males, and single sex male macaque troops. 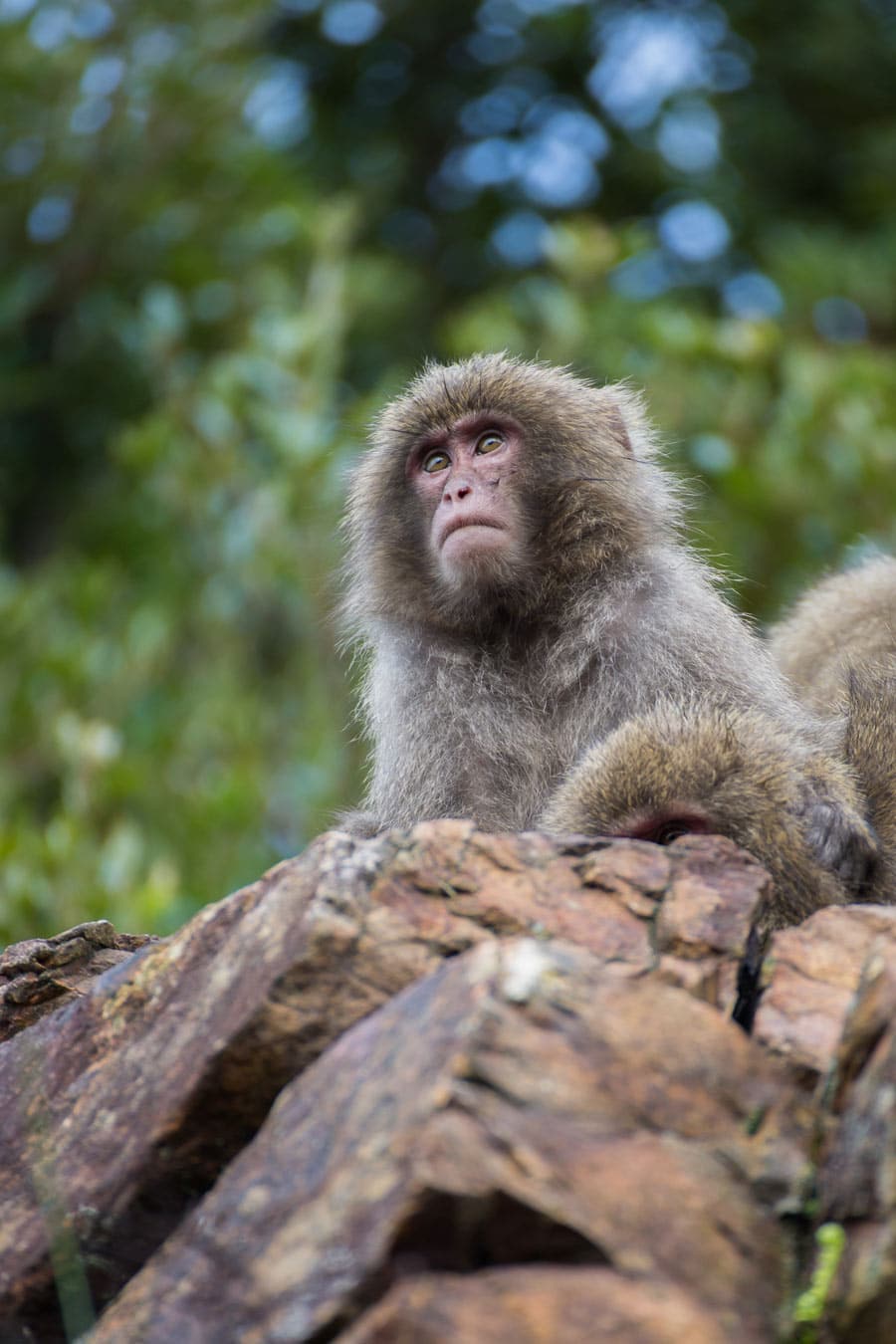 Why do females gradually become less interested in high-ranking males over time? Is this effect unique to macaques and is that why the low-ranking males can have such success?

This “advantage for females to leave offspring with many males” is what makes the low ranking males’ strategy feasible. Both sneak mating and cross-boundary mating (ranging technique) cannot be successful without the cooperation of females. 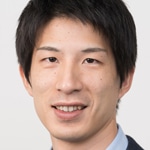