In a series of recently published articles, Takanori Abe, attorney and guest professor at Osaka University in Japan, considers some of the complex intellectual property challenges arising in line with fast-paced technological innovation. These include rights relating to the manufacture and sale of medical products as well as questions of ownership of technological features that have become integrated into products born of completely separate industries. A key example is the connected car. In his work, Abe breaks down these problems into manageable segments and provides important insight into dispute resolution for an ever-evolving and increasingly complex modern world.

For instance, ageing populations and the rise of globalisation demand that the life science and healthcare industries keep pace with speedy social changes. Adding another layer of complexity, technical advancements such as induced pluripotent stem cells (iPS, allowing for the production of any type of human cell to help treat disease), antibody drugs, and artificial intelligence (AI) demand links with other industries. This can present complex legal problems.

With these challenges in mind, Abe offers insight for organisations navigating these emerging and challenging fields. His recent academic papers on the subject are summarised below.

Published in 2022, Abe produced a paper titled ‘Will authorised biologics deter biosimilars?—Utilising JFTC’s expertise in drug pricing’. For context, biologics refers to substances such as sugars, proteins, or living cells isolated from natural human, animal, or microorganism sources. However, these substances may be produced using biotechnological methods. The term ‘biosimilar’, on the other hand, describes a medicinal product that is almost the same as an original medicine produced by a different manufacturer. Regulators may approve the manufacture of a biosimilar once the patent of the original product expires.

In the US, the competition authorities retrospectively regulate the impact of authorised biologics on biosimilar products. The situation is the same in Europe, with the addition that the European pharmaceutical regulatory authorities are also involved in considering the impact of this competition.

Abe believes that patient choice and healthcare quality should come higher up the list of priorities.

When an innovative pharmaceutical product comes to market or is under patent, the MHLW and CSIMC price the product under the national health insurance system, applying the government’s drug price standards (the official retail prices). The Japan Fair Trade Commission (JFTC) is then unlikely to suggest that this agreed-upon product price contravenes Japan’s anti-monopoly legislation.

In his paper, Abe considers the need to enlist competition experts from the JFTC if the MHLW and CSIMC begin considering competition in relation to drug pricing.

He argues the case for reducing the cost of drugs over incentivising the development of biosimilars when setting the price of authorised biologic medicines.

In essence, Abe believes that patient choice and healthcare quality should come higher up the list of priorities when it comes to regulating competition within the drug market – especially as Japan’s drug experts, the MHLW and the CSIMC, already consider competition.

Complex questions such as those surrounding intellectual property extend to other industries. For example, in an article titled ‘Why were Toyota, Honda, and GM sued by Intellectual Ventures? Connected cars and patent litigation’, Abe discusses another area in which innovation-induced grey areas are causing conflict. As the article concludes: ‘When technological innovation occurs, so do patent disputes.’

The connected car has gone too far down the road to turn back and remove these borrowed technologies.

This time, the issues surround the intellectual property relating to connected cars. While cars and medicines may not at first glance appear to share much in common, they have both been subject to lightning-speed innovation over the past few decades.

For context, a connected car is one that is designed to have two-way communication with systems external to itself. Connection to the internet allows it to share data with other devices that are also online. These devices may be inside or outside the car.

Abe’s article concerns lawsuits filed by a company called IV, which holds patent rights relating to technology such as wireless network systems and mobile wireless hotspot systems. IV filed the claims against car makers Toyota and Honda for allegedly infringing a range of these patents. For example, IV’s complaint against Toyota alleges that the car manufacturer equips its vehicles with mobile wireless hotspot systems defined in IV’s US patent 7382771.

Although IV denies this to be the case, critics of the organisation have called it a ‘patent troll’. The reason for this criticism is due to the fact that IV profits from enforcing patent rights it buys in from outside the company.

Arvin Patel, COO of IV’s fund, compares the situation the automotive industry finds itself in now to that of the smartphone industry. When interviewed, Patel pointed out that before smartphones, mobile phone manufacturers had little to worry about with regard to litigation. The rise in legal proceedings came largely due to the addition of smartphone features and technologies that were created in, and essentially taken from, other industries. Organisations from these industries began suing, with the conflicts costing billions of dollars and taking more than a decade to resolve.

With the rise of the connected car, Patel warns that the automotive industry is setting itself up to take the baton of ongoing legal disputes from the smartphone industry. He points out that car manufacturers are now reliant on technology that was not developed within their industry and which they do not own. What’s more, the connected car has gone too far down the road to turn back and remove these borrowed technologies. The features are now essential to meeting consumer expectations of their vehicles.

Third and finally, in his article titled ‘Why the “first penguin” of pay for delay has not come in Japan: anatomy of a Japan paradox’, Abe considers why reverse payments cases do not arise in Japan.

Japanese companies would be too fearful of offending the MHLW were they not to comply with a stable supply agreement.

In an ordinary patent infringement settlement, the infringing party pays a settlement amount to the organisation holding the patent. In a reverse payment case, this is reversed. It is also known as ‘Pay for Delay’, owing to the fact that it delays entry to the market of generic drugs.

The Competition Policy Research Center (CPRC) has its own opinions as to why this is the case, suggesting it is due to the fact that: 1) if the patents for brand-name drugs are still valid, the patent linkage system will not approve the manufacture or sale of generic drugs; 2) under Japan’s drug pricing system, a drug price will not reduce dramatically because a generic version enters the market and there will not be a reduction in the share of the brand name drugs; and 3) patent infringement lawsuits only happen after generic drugs have launched.

However, Abe has another idea. He suggests that it is really because in Japan, companies have a different attitude towards regulatory authority. Japanese companies would be too fearful of offending the MHLW were they not to comply with a stable supply agreement. Additionally, as Abe puts it, they do not want to be the ‘first penguin’ under the JFTC’s watchful eye. The first penguin is said to be the courageous one who jumps into the water to seek food despite the risk of encountering dangerous predators lurking beneath the surface.

Abe’s work highlights the complex challenges arising out of our increasingly connected and fast-evolving world. Yet, cultural differences in attitudes to business practice and regulation may take some time to become aligned.


Finding unique cases which nobody has analysed yet is not an easy task. The three questions I discuss in my papers are complex challenges in IP, competitive, and healthcare law in Japan, and I wanted to provide my own solutions to these challenges.
The evolution of IP, competition, and healthcare law in line with lightning-speed innovation was last modified: December 1st, 2022 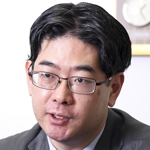