Behavioural Sciences
The workforce is ‘greying’, but this is no grey sky for business. Older employees bring loyalty and experience, prized assets for the modern company. However, age comes with needs and limitations that may conflict with the duties of work. Shattering misconceptions on this matter is Dr Silvia Dello Russo, Associate Professor at Toulouse Business School. Her research reveals that the negatives considered natural to old age, from poor engagement to sickness absence, are often the product of working arrangements. Dr Dello Russo examines methods for redesigning jobs, to meet the requirements of the mature worker. She shows how this can raise not only their standard of work, but their quality of life as well.

Labour markets are changing in unprecedented ways. The average age has increased across most European countries, while the minimum ages for retirement look to extend into the future. As a result, there are 1.3 million over-65s now employed in the UK. Such ageing of the workforce raises concerns about well-being and productivity, as many older people struggle to find a healthy fit with their job. However, new research turns the tables on mainstream preconceptions. Far from a simple fact of ageing, mature employees can instead face difficulty due to the way their work is organised.

Dr Silvia Dello Russo, Associate Professor at Toulouse Business School, explores how jobs can be adapted for those of advanced years. Job design is the process of setting the tasks and responsibilities contained within a job. In doing so, managers can take account of the needs, preferences and interests of an ageing workforce. This may include tweaking work demands or reshaping interactions with colleagues and customers. But there’s even more to consider. Who should do the designing? And what does the evidence say? These questions point towards lively debates on when to make workers their own job designers, and how to decipher data from a range of relevant studies. Dr Dello Russo and her colleagues grapple with these issues, and paint a creative yet considered picture of the ageing labour landscape.

The results are intriguing. They found that older workers were more inclined to craft their tasks than younger counterparts.

Active Crafters
What’s in a job? Researchers are fascinated by the question. After all, jobs are a multi-faceted phenomenon. They are made of many tasks, interactions, and identities, which come together to form a core part of our lives. Workers and managers plan and alter these elements of a job through time. The informal approach of ’job crafting’ is when employees make their own adjustments to work boundaries and relationships. Indeed, job crafters are everywhere. They are found in the stressed employee, who reduces their workload in scale or scope, to prevent exhaustion and eventual burnout. Or the hospital cleaner, who goes beyond their official remit to provide a casual form of care for patients and their families. Job crafting is pursued on the employee’s own initiative and for reasons that may vary. Workers may seek out what they find interesting, or what aligns with their changing skills. The formal alternative is ‘job design’, and is perhaps the more ‘traditional’ model. Here, managers take charge of constructing and reconstructing jobs. Both methods can be accommodating of the mature worker. But as we will see, they carry different strengths and weaknesses.

Dr Dello Russo and her colleagues conducted a study into job crafting, and its take-up across the age range. The investigation was carried out during the recent economic downturn, which has forced many to postpone their retirement out of financial necessity. Meanwhile, wider scholarship has shown that while mature workers can face difficulty, the data demonstrates a lack of clear connection between age and core task performance. Against this backdrop, researchers set out to examine whether job crafting accounts for this hopeful trend. The results are intriguing. They found that older workers were more inclined to craft their tasks than younger counterparts. In doing so, their average work performance surpassed that of the younger group. These findings make for fascinating reading for the resourceful manager. Indeed, they suggest organisations can boost productivity by empowering the senior job crafter. This may involve the provision of relevant training, as well as the space for worker discretion, which should enable older employees to craft their tasks on a daily basis. Such latitude can allow mature workers to balance their duties across the working week, and thereby avoid the excessive burdens that bring mental and physical fatigue.

The study illuminates paths within job design that can make older employees healthier and more consistent in attendance.

Healthier By Design
When sickness takes older employees out of work, it is tempting to see this as a fact of life, a brute reality of biological ageing. But another study co-authored by Dr Dello Russo reveals it is not this simple. The research indicates that changing work structures through job design can reduce sickness absences for mature employees. And the study digs deeper. It shows that broadening the skills applied within a job abates absences among younger workers, while placing limits on working demands does the same for older groups. These correlations apply across professions, offering every manager direction in designing jobs for different ages. However, occupations can form a distinguishing factor. For example, worker autonomy and support from colleagues can affect sickness absence along age lines, but only when profession is taken into account. Doing so reveals that independency is of primary importance for the health of blue collar seniors. Meanwhile, older people in clerical jobs benefit most from the camaraderie of co-workers.

The study illuminates paths within job design that can make older employees healthier and more consistent in attendance. Following the data, responses must recognise the crucial role of occupation. Accordingly, managers and Human Resources staff can implement the information in various ways. For mature workers in general, tasks can be reduced in quantity, or remodelled in their demands across their physical, cognitive and emotional dimensions. Meanwhile, for older clerks in particular, interventions should encourage a supportive collegial culture. This might include programmes that promote team-building or interpersonal skills. But for mature manual labourers, job design should grant greater job autonomy. These workers could be permitted to choose the schedules and strategies for completing their tasks. Such directions within job design have been evidenced to alleviate sickness absences among seniors, while displaying the benefits of the top-down approach. For example, when left to informal crafting, workers would lack the authority to change fundamental features of their work, as well as the resources to train colleagues in the principles of teamwork.

Age As An Asset
From the lay view of the workplace, mature employees are a liability. However, good managers know the business benefits of an ageing labour force. Their knowledge and skill has been accumulated across many years, making it hard to replace by hiring another worker. Indeed, when know-how is gained from experience it can be impossible to pass to others, trapping valuable resources in the minds of mature workers. Alternatively, if expertise are transferable the best trainer may be a senior, when their extensive professional histories prepare them for such a task.

But it doesn’t stop there. Relationships are built across long periods of time, forming the arteries of business and sales. These connections hang on trust and mutual understanding, which are difficult to replicate after the loss of an older networker. Another layer to the mature worker is their tendency to remain loyal. They are less likely to leave from the pursuit of a steep career path. Such departures can bring huge cost for companies invested in their employees. These attributes of the older worker prove age to be an asset. As such, job crafting and job design can become vital tools for the modern business, as ways to maintain and maximise the work of valued seniors. Meanwhile, the quality of life for the mature worker is improved when their sickness absence is abated, and their freedom and productivity at work gives them a continued sense of purpose. Indeed, for the older employee and their company, taking care in business is a way of taking care of business.

To find out more about this research visit https://dailyproject.weebly.com/

What are the main barriers to success in job crafting and job design for older workers?

<>I would say one of the main barriers to job crafting is an organisational culture that does not encourage or even, at times, suffocates individual proactivity; a culture based on control and lack of trust. But, as the recent pandemics (which forced all those that could, to work from home) has shown us, it is possible to shift toward greater managerial delegation, individual accountability and ultimately reciprocal trust. An obstacle to a more individualised top-down job design is the difficulty for managers and HR professionals alike to balance between equality and differentiation of practices by groups of employees. 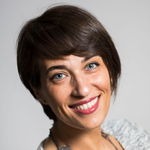 Silvia Dello Russo holds a PhD in Organizational Psychology from University Sapienza of Rome. She has had academic positions in Portugal and France, and visiting fellowships in UK, Austria and Italy. Her research focuses on individuals’ work motivation across the lifespan and HR practices that can support both motivation and personal development, including feedback, performance management, coaching and career management.

Silvia Dello Russo’s research explores individual motivation “at work” and “to work”, with special attention to how this varies across the life span.