Triggered by severe blood loss, haemorrhagic shock is a type of hypovolemic shock, an often-fatal condition. Treatments are available but haven’t been updated for a long time – there is a need for a new resuscitative agent to help patients survive and recover. Luckily, Dr Anil Gulati, of Pharmazz, Inc., has developed centhaquine, aka Lyfaquin®. This drug has shown very promising results in preclinical and clinical trials and has been found to be a safe and effective resuscitative agent for haemorrhagic shock.

Hypovolemic shock is a life-threatening condition, leading to the deaths of around 61,000 people in the US and 1.9 million people worldwide annually. This common type of shock is caused by severe loss of fluids from the body. Blood loss via the rupture of major blood vessels, arterial lacerations, and ruptured aneurysms is known as haemorrhagic shock. Hypovolemic shock can also be caused by means other than blood loss, such as severe burns, excessive vomiting, and diarrhoea.

The drop in fluids leads to a drop in blood volume, meaning that the heart is unable to pump enough blood to organs and tissues throughout the body. This inadequate perfusion of blood means that the organs and tissues are not supplied with enough oxygen, which can lead to organ failure and even death.

How is hypovolemic shock treated?
A large percentage of deaths from hypovolemic shock occur in the first six hours, so treatment efficiency is essential. The priorities in these cases are controlling blood loss in the case of haemorrhagic shock, maintaining cardiovascular function, supporting ventilation, and preserving blood perfusion to the organs.

As a drop in blood volume is the main driving force of hypovolemic shock, rapidly increasing the volume of fluids in the body is needed to resuscitate patients. However, sometimes this alone is not enough. In these cases, vasopressors are given to the patient – drugs that cause the constriction of blood vessels. The commonly used vasopressors for hypovolemic shock are norepinephrine, epinephrine, dopamine, and phenylephrine. This treatment increases blood pressure and flow within blood vessels, also enhancing the contractions of the heart.

However, this standard of care has not changed much in the past 50 years, and it comes with undesirable side effects. Volume repletion has been known to dilute coagulation factors in the plasma, making haemorrhage worse. It can also cause pulmonary oedema and secondary abdominal compartment syndrome. The side effects of vasopressors include arrhythmias and ischemia.

There have been attempts in the past to develop new resuscitative agents to treat hypovolemic shock, with none being successful – until now. Dr Anil Gulati from Pharmazz, Inc. has pioneered the development of a drug called centhaquine, which could be a game changer for the treatment of hypovolemic shock.

What is centhaquine?
2-[2-[4-(3-Methylphenyl)-1-piperazinyl] ethyl] quinoline citrate, or more simply, centhaquine, was first synthesised in India in the early 1970s. Unfortunately, it failed to live up to its role as a potential hypotensive agent. However, Dr Gulati and his team found that although higher doses decreased blood pressure, lower doses in fact increased blood pressure in rats with blood loss. This led to studies which revealed that centhaquine is a highly effective resuscitative agent for hypovolemic shock.

A large percentage of deaths from hypovolemic shock occur in the first six hours, so treatment efficiency is essential.

Preclinical studies
Before centhaquine could be tested on humans, preliminary trials took place on animals. In a rabbit blood loss model, centhaquine significantly reduced the amount of fluid needed to maintain mean arterial pressure. Both the control and centhaquine groups lost a similar amount of blood, but rabbits in the control group needed 213 mL of fluids, whereas the group dosed with centhaquine only needed 126 mL.

Preclinical and clinical results show that centhaquine is an effective and safe resuscitative agent for hypovolemic shock.

In rats, the amount of norepinephrine needed to maintain a target mean arterial pressure was reduced in the group given centhaquine. Blood lactate levels were also lower in the centhaquine group an hour after resuscitation, at 1.65 mmol/L, versus 4.10 mmol/L for the control group. This is significant, as hypovolemic shock increases blood lactate, which translated into a high risk of mortality and poor patient outcomes. In fact, in another study, rats dosed with centhaquine had 44% lower blood lactate levels than in the control group, and survival time after blood transfusion was increased.

Clinical studies in humans
In a phase I trial to determine safety and tolerability, intravenous centhaquine was found to be safe and well tolerated. The only adverse events happened at a dose 10 times the normal therapeutic dose of 0.01 mg/kg. However, they were mild and resolved within an hour without medical interventions.

To look at safety and efficacy of centhaquine as a resuscitative agent alongside the standard treatment for hypovolemic shock from blood loss, a phase II trial was run. When given 0.01 mg/kg centhaquine, patients had improved blood pressure, lactate levels, required less vasopressors, and had reduced mortality. All adverse events in this trial were unrelated to the study.

Finally, based on these very promising results, a phase III trial took place in 14 emergency rooms and ICU units across India. Patients with a systolic arterial blood pressure of 90 mmHg or less, lactate levels indicative of shock, and who were receiving standard care for hypovolemic shock were intravenously given 0.01 mg/kg centhaquine or a control. 71 patients were given centhaquine, and 34 were given a control dose of normal saline, all of whom had lost a similar amount of blood. If systolic blood pressure remained below 90 mmHg after four hours, another dose was given. The minimum number of doses given over 48 hours was 1, and the maximum was 6.

Together, these preclinical and clinical results show that centhaquine is an effective and safe resuscitative agent for hypovolemic shock, improving patient outcomes and saving lives. Centhaquine, under the commercial name Lyfaquin®, is now approved for use by the Drug Controller General of India as an additional resuscitative agent for hypovolemic shock.

How could the widespread use of centhaquine as a resuscitative agent affect both individual patients and healthcare systems?

A novel pharmacological treatment of using Lyfaquin®, as a resuscitative agent, will change the way we treat massive blood loss. It is the beginning of a new paradigm in managing hypovolemic shock. Lyfaquin® was first made in India and me and my team in the USA later discovered it as a resuscitative agent. This is an example of academic-industry collaboration to bring novel drug products to the benefit of patients. Lyfaquin® is used when patients have lost considerable blood or fluids, and the specialties dealing with such patients include intensive care and emergency medicine, anaesthesiologists, and surgeons. Patients who would benefit from Lyfaquin® include trauma and accident victims, patients with bleeding due to gastrointestinal, obstetric, and gynaecological disorders, victims of burns, surgical mishaps, and soldiers in combat. Because of Lyfaquin’s® effectiveness in augmenting blood perfusion to the major organs, its use in septic shock and critically ill COVID-19 patients is being explored. Lyfaquin® has the potential to save thousands of lives each year, having significant impact on the affected families and healthcare systems. 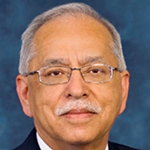 Anil Gulati, MD, PhD is the Chairman and Chief Executive Officer at Pharmazz, Inc. Willowbrook, Illinois. Dr Gulati is leading the clinical development and commercialization of first-in-class drug products in critical care medicine. Dr Gulati is Professor Emeritus at Midwestern University, University of Illinois at Chicago and is a consultant to Advocate Lutheran General Children’s Hospital. He is recipient of Paul R Dawson Biotechnology Award, International Ranbaxy Research Award, Littlejohn Award, Outstanding Faculty Award. Dr Gulati is a United States Fulbright Scholar and was the Scientific Reviewer, United States Defense Medical Research and Development Program. He is the inventor of 54 issued patents and has more than 5800 citations.

Pharmazz, Inc. has developed Lyfaquin®, a novel product that is approved by Drug Controller General of India (DCGI) as an add-on Resuscitative agent for Hypovolemic Shock.

This study was funded by the stockholders of Pharmazz, Inc. and Pharmazz India Private Limited. Company also acknowledges NIH for a grant R43HL137469.

We would like to acknowledge all the investigators for their contributions in clinical studies and the hundreds of patients and their relatives for their participation.