Arts & Humanities
The global economy has stalled in the wake of the Coronavirus pandemic and the future is uncertain, particularly for developing countries. The move from a state of unsettled globalisation to global crisis is the latest in a series of critical junctures for the international political economy. In a concept paper for the International Political Science Association (IPSA), Lourdes Sola from the University of São Paulo in Brazil and Laurence Whitehead from the University of Oxford in the United Kingdom challenge political scientists to rethink the democratic state-crafting options for emerging market economies.

This article provides an overall interpretive framework for assessing the dynamics and trajectory of the major democratic regimes of the global South since the peak of the “liberal internationalist” ascendancy that followed the end of the Cold War and the dissemination of so called “Washington Consensus” economic reforms in the 1990s. It does so from a comparative perspective, and by emphasising the standpoints of policy-makers at the “periphery” of the globalising system, in particular those constrained by the emergence of major domestic pressures arising from more open politics.

Economists had begun to question the Washington Consensus’s liberal internationalism before the series of critical junctures that began with the global financial crisis of 2008 and the rise of Asia. Those questions are all the more relevant now, following the impact of the Trump presidency in America and the sudden pause experienced by the global economy as a result of the COVID-19 pandemic.

So what does the future hold for emerging market democracies (EMDs) and what are their political, economic and state-crafting options under the pressures of globalisation? In their article, “Democratic statecraft: perspectives from an unsettled global South,” Lourdes Sola from the University of São Paulo in Brazil, and Laurence Whitehead from the University of Oxford in England, address these problems directly.

These authors will present their concept paper at the online congress in July 2021 of the International Political Science Association (IPSA). Founded under the auspices of UNESCO in 1949, IPSA works to support the development of political science in all parts of the world and to build academic networks globally, linking East and West, North and South. In the run-up to its biannual gathering, the authors argue that it is time for a thorough overhaul of the assumptions behind the Washington Consensus and the development of emerging market economies.

For the last 20 years the world context has been dominated by pressures for globalisation, deregulation and privatisation.

State-crafting and convergence
This article uses the lens of “statecraft” to study the comparative political economies of EMDs in today’s global South, notably Brazil, India, Indonesia, Mexico, Nigeria, South Africa, and Turkey. Statecraft – the art of conducting state affairs – focuses on how countries manage the relationship between state, market and civil society.

As the authors explain, for the last 20 years the world context has been dominated by pressures for globalisation, deregulation and privatisation. Policy-making in EMDs has been directed towards “convergence” with the model of democratisation and economic liberalisation put forward by the global North. The aim has been “restructuring the relationship between the state and markets, while ushering in institutions embodying the principles of representative democracy.”

However, the article questions continued commitment to convergence. The authors argue that comparative studies of EMDs show that convergence fails to acknowledge that democratisation and economic liberalisation can have a different momentum and direction at different times and in different places. Countries have different legacies from the past and different challenges and trajectories for the future.

The promotion of convergence by global institutions such as the World Bank (WB) and International Monetary Fund (IMF) implies that it is a “unilinear transformative processes.” In contrast, the authors find that democratic state-crafting is not a given and has to be more flexible, particularly in large and new democracies and at critical junctures such as the beginning of greater internationalisation. They highlight the centrality of domestic policy formation, and the negotiation of positions that may well seem “second best” from a technical perspective but that reflect the realities of coalition-building in open political systems. They therefore argue that what is needed is “more experimentation and political invention, more political and social contestation and course corrections, more devising of open-ended, partial, provisional and second-best solutions, rather than optimal blueprints.”

Challenges and rule-making
Not only should we rethink the convergence model to which EMDs have previously had to conform, the authors also argue that we need to look at the individual statecraft challenges EMDs face and consider EMDs as rule-makers as well as rule-takers.

According to the authors, this comparative study of EMDs shows that economic reform is driven by things as varied as the need for economic stabilisation and debt reduction, and the desire to curb military control or open up new internal markets. All have demanded fiscal adjustment to secure the solvency required by global investors. However, EMDs face different statecraft challenges in bringing this about.

In addition, EMDs’ development paths are guided by policy-makers who in many cases derived power from an authoritarian past. The authors find that the WB and IMF’s emphasis on democratisation means that this policy-making inheritance is not only constraining, it can create additional challenges such as internal demands for reform. The state is not a “unitary actor”, but has to work with domestic stakeholders and historical institutions.

According to the article: “While a common feature among large EMDs consists in the unsettling conditions under which the agenda of globalisation is internalised, the powers required to conduct the transformative processes involved necessitate a special variety of statecraft.” This requires “new democratic rules in both domestic policies and in globalising institutions.”

The global economy also has to take account of changing power asymmetries, including, for example, the rise of China. EMDs have become even keener to assume the role of rule-makers. Too big and too complex to accept the role of rule-takers, larger EMDs now have a seat at the table in global institutions such as the World Trade Organization (WTO) and the G20. In addition, Brazil, Russia, India, China, and South Africa (BRICS) have established their own multilateral BRICS Development Bank.

Democratic federalism
The authors find that another factor that affects the state-crafting options of larger EMDs is that their size affords them greater choice and flexibility. Their defining features are the centrality of the state, the commitment to state capitalism, and the importance attached to a state-led economy for economic and other reasons according to their development path.

However, larger EMDs tend to have federal systems of state structure, which can constrain decision-making. In addition, they may have to deal with the challenge of domestic coalitions formed either in support of reform and globalisation, or in resistance to liberalisation and internationalisation. EMDs may also have to reconcile uneven patterns of development, which brings into question the role of a democratic state in redistribution.

Mass international tourism, just-in-time value chains, and foreign investment patterns could be reversed or even wiped out.

Democratic federalism is an ongoing process and implementing politico-economic strategy requires significant political negotiation, coalition-building and “multiple balancing acts on the part of the co-ordinating political authority.” As the authors explain: “Crafting democratic federalism is thus one of the instances where the logic of democracy and that of economic development converge and overlap.”

Post-pandemic future
This comparative study of EMDs questions the assumptions behind convergence and considers different models of globalisation to rebalance the world economy. For example, Dani Rodrick’s promotion of “moderate globalisation” seeks to resolve the “trilemma” between reconciling desires for deepening democracy, reinforcing national sovereignty, and global participation. They also look at distribution and the “tunnel effect” proposed by Albert O. Hirschman, who as far back as 1973 argued that large sections of society tolerate inequality in the hope that they will eventually also benefit financially.

The abiding principle, however, is that post-pandemic, the world will be in a very different place, and it is exceedingly hard to map the future of the world economy in general and its impact on EMDs in particular. The authors recognise that digitalisation, the rise of the knowledge economy and decarbonisation will continue to be the main driving forces. However, other previously “relentless” trends such as mass international tourism, just-in-time value chains, and foreign investment patterns could be reversed or even wiped out.

Whatever the outcome, the authors are confident that the major countries of the global South will remain key players – their citizens will expect them to adapt, and they will reposition themselves in diverse ways. They conclude, however, that: “It remains to be seen what kind of democracy (if any) will emerge from the present universal and transformative critical juncture, but these large, complex, and deeply-divided societies will require skilled political management, careful and sequential policy design and co-ordination, and some means of sustaining popular support and understanding. In short, statecrafting will be more urgent than ever.”

Do you believe the pandemic will enhance or diminish the desire for countries to make collective policy decisions?

The pandemic generates near term public health emergencies, medium term macro-economic strains, and long-term political system challenges across the democracies of the global South. These impacts are are neither simple nor uniform, but overall they increase the need for effective collective policy responses while making their delivery harder.

Democratic statecraft in the ‘unsettled’ global south was last modified: May 21st, 2021 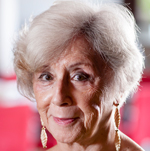 Lourdes Sola is a Professor of Political science at the University of São Paulo. She was President of IPSA, and the founder of its Research Committee 51. 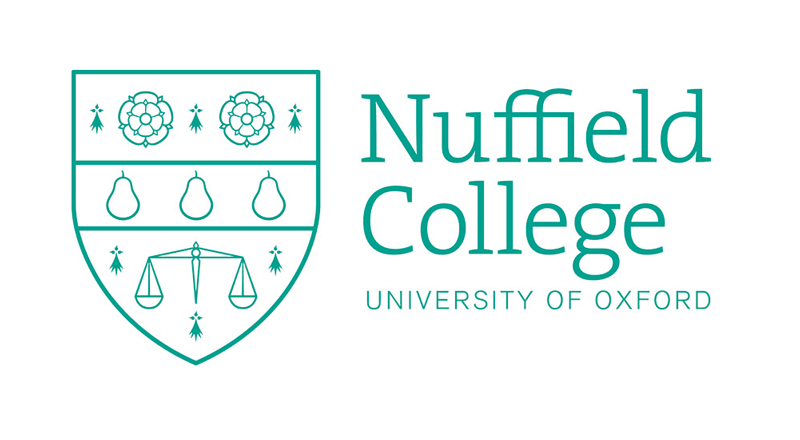