Tuberculosis (TB) – the world’s most deadly bacterial infectious disease – kills around 1.5 million people every year, and its treatment remains challenging. Dr Jeffrey Buter at the University of Groningen, the Netherlands, has been researching the chemical biology of Mycobacterium tuberculosis (Mtb), the parasite that causes TB. Buter believes that understanding the structure–activity relationship of the components, in particular lipid, of the cell wall of Mtb will enable the discovery of new approaches to treating and preventing the disease.

Mycobacterium tuberculosis (Mtb) is known to have plagued humanity for thousands of years, causing the highly infectious tuberculosis (TB) disease, which mostly affects the lungs and can be transmitted through aerosol drops when coughing.

Mtb can lie dormant in its human host for up to decades without actually causing disease, effectively evading our natural immune system. Despite advances in medical science since the discovery of Mtb, treatment of TB is still extremely challenging. Traditional first-line treatments, comprising antibiotics such as Isoniazid and Rifampicin, and second-line treatment with fluoroquinolones, are effective only after relatively long periods of therapy and can have unpleasant side effects which can seriously compromise patient adherence. Improvements in awareness, diagnosis, and treatment protocols nevertheless made significant inroads into the number of TB deaths up until the turn of the last century. Now, however, new TB strains are evolving, with the multidrug-resistant TB (MDR TB) and extensive drug resistant TB (XDR TB) challenging even the most toxic therapeutic agents.

TB is considered the world’s most deadly infectious bacterial disease and is infamously prevalent in developing countries where people’s relative poverty helps it spread while making it economically unfeasible for sufferers to get treatment. Added to the lack of an effective vaccine or even widely available and efficient diagnosis protocols, new treatments are urgently needed, particularly in view of the dramatic rise of MDT and XDR TB.

Dr Jeffrey Buter, at the University of Groningen in the Netherlands, is an expert in the Mycobacterium species, especially Mtb. Buter believes the route to developing vaccines and effective treatments relies on ‘a fundamental, molecular, understanding of the survival and virulence mechanisms of Mtb’.

Chemical biology of Mtb
The ability of Mtb to evade digestion by immune cells and develop into treatment-resistant strains is a result of its parasitic nature and the chemical biology of its cell wall, where interaction with its host takes place. Mtb can effectively hide inside its host’s own immune cells, evading detection and further immune responses. The thickness of its unique cell wall creates a near impenetrable fortress against the hostile, bactericidal environment of our immune system, and drug therapies alike.

The many layers of Mtb’s cell wall are composed of thousands of different types of lipids, or fats, many of them playing a different role in the virulence and activity of Mtb. Although we understand quite a lot about the Mtb cell wall and many of its constituents, there is still a significant amount still to be discovered about the exact role and function of most of these lipids. Buter believes that identifying new lipids and understanding their molecular function is crucial if we are to fully understand Mtb virulence and how it evades treatment and our own immune responses. This understanding will better equip researchers to improve our ability to diagnose, treat, and prevent TB.

The thickness of its unique cell wall creates a near impenetrable fortress against the hostile, bactericidal environment of our immune system.

Chemical synthesis for potential treatments
By comparing the lipid composition of the outer cell wall of Mtb with that of non-virulent mycobacteria, researchers can identify lipid molecules specific to Mtb that play a role in, for instance, its virulence or survival. However, discovering and understanding these biologically active molecules is challenging, not least because isolating them from Mtb itself is complex, time-consuming, and produces only small quantities of compounds. For the past 16 years Professor Adriaan Minnaard at the University of Groningen has therefore focused his efforts on chemical synthesis, which offers huge advantages, not least by providing much larger quantities of the lipids for detailed study; understanding which structural feature of the lipid confers biological activity, and how, in turn will contribute to the identification of likely targets for new drug therapies.

Not only this, but, says Buter, who works closely with Minnaard: ‘If a lipid is found to boost the immune system, it could be used to make the vaccines more efficient.’ Lipids found to be only present in Mtb and not in any other bacterium in the world, could also be used for TB diagnosis.

Another huge benefit of chemical synthesis is that it avoids the biological impurities found with lipids that are isolated from Mtb itself. These sometimes undetectable impurities can affect the results of biological tests; chemically synthesised lipids can therefore be considered the ‘gold standard’, as Buter puts it, against which to compare those that have been naturally isolated.

Isolating lipid functions through chemical synthesis
In a 2021 paper in Chemical Reviews, Buter and Minnaard discuss the synthesis of various Mtb products over the last 25 years, including two examples of their own that have improved understanding of Mtb’s success and suggest how we might counter it.

In 2016 they first synthesised 1-tuberculosinyladenosine (1-TbAd, discovered by Professor D Branch Moody at Harvard Medical School), which is unusually abundant in Mtb. This abundance suggested that 1-TbAd might relate to Mtb’s parasitic nature, helping it to survive within its host’s immune cells. In a 2019 study, Buter and Minnaard, in collaboration with Moody, discovered that this lipid effectively acts as an antacid that helps Mtb resist being digested by the acids in the host’s immune cells. By synthesising different variants of the molecule, they were able to work out what role its constituent parts were playing, discovering in the process an important mechanism for the survival of the bacteria. The researchers also noted that such an abundant, and Mtb-specific, molecule has potential to be developed into a diagnostic marker for TB infection as well as a target for vaccine development, respectively.

In two more recent studies, the team synthesised for the first time three glycolipids – mycobacterial diacyl trehaloses DAT1, DAT2, and DAT3 – which play a role in activating the innate immune system, and confirmed that DAT1 and DAT3 were present in clinical strains of Mtb. The team tested these synthetic DATs for their ability to bind with and activate the C-type lectin, Mincle: a protein that’s critical for the function of the immune system. DAT3 proved to have similar activation ability to trehalose dimycolate, a known Mincle agonist, suggesting that it could be useful for the development of future vaccines.

The team then investigated the interaction of DATs with another protein called CD1b. They discovered the DAT that bound the strongest to Mincle was the weakest binder to CD1b, and vice versa. They conclude that minor changes in the lipidic part of the DATs have a major effect on how they’re recognised by different parts of our immune system. This realisation was only possible because the researchers had been able to synthesise DATs with a well-defined chemical structure; similar studies using a natural extract, which inevitably is a mixture of DATs, could never give such a detailed molecular picture.

The World Health Organization has estimated that TB will be eradicated by 2035. This an optimistic plan, but Buter believes that effective use of chemical synthesis to study Mtb’s lipid components can make it possible.

What next steps are needed in order to turn new knowledge about Mtb lipids into potential treatments?

When we understand the function there are two potential routes for investigation. If the lipid is pivotal for Mtb’s survival, virulence, or nutrient acquisition, we will try to identify the lipid-producing enzyme and develop an inhibitor to stop production of the lipid. In case the lipid primes our immune system, we can take inspiration from the lipid’s chemical structure and develop potent vaccine adjuvants which boosts the immune system to produce antibodies against Mtb. 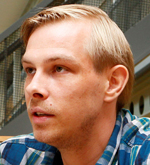 Understanding the chemical biology of Mycobacterium tuberculosis and how it can be targeted to find vaccines and treatments for TB.