Physical Sciences
The synthesis and manufacture of chemicals, and chemical products, has typically relied on petroleum-based feedstocks. Even hydrogen, often hailed as a ‘clean fuel’ and an important component in many chemical reactions, is sourced from such feedstocks. However, Professor Mark Keane’s research at Heriot-Watt University is developing methods for clean chemical production from alternative, renewable feedstocks. To achieve this, he is designing and developing new generation catalysts that not only open up numerous possibilities in chemical synthesis but also use alternative sources of hydrogen for such reactions.

Many modern materials and chemicals start their lives as fossil fuels. From plastics to petrol, fossil fuels, such as crude oil and natural gas, are still widely used for the extraction and synthesis of many of the chemical compounds we rely on in our daily lives. The problems with this are obvious. Fossil fuels are finite resources and there are environmental penalties associated with their extraction and processing. Potentially increasing fuel prices may make it prohibitively expensive to extract the chemical species that are the essential starting ingredients for many synthetic procedures, such as the manufacture of drugs or polymer materials.

Perhaps one of the most surprising compounds to be sourced from fossil fuels is hydrogen. The majority of hydrogen is produced from natural gas in a process requiring very high temperatures that also produces carbon dioxide. Despite the seeming abundance of hydrogen atoms as part of water molecules and hydrocarbons, molecular hydrogen (H2) is actually very rare on Earth as the majority escapes from the atmosphere.

However, hydrogen is a key component in one of the most important types of chemical reaction, hydrogenation. Hydrogenation reactions involve the addition of molecular hydrogen to another compound and are usually facilitated by the presence of a catalyst. These reactions are ubiquitous in industrial synthesis; they are how vegetable oils are processed into fats, such as margarines, or to make paraffins and naphthenes for use as fuels.

With few alternative methods for hydrogen production that are not reliant on the use of fossil fuels, Professor Mark Keane at Heriot-Watt University has been finding ways to modify the catalysts for hydrogenation reactions. This is to both reduce, or eliminate, the need for hydrogen in these reactions, finding new ways of exploiting alternative sources of hydrogen that have a much lower environmental impact.

Biomass feedstocks
One reaction that Prof Keane has been particularly interested in is the transformation of furfural to furfuryl alcohol. Furfural is a molecule derived from biomass, such as corncob and sugar cane, that can be selectively hydrogenated to form highly valuable furfural alcohol used in manufacturing resins, rubbers, adhesives and as a building block for drug synthesis. There are also many chemical derivatives that have numerous applications in polymer synthesis.

The ability to obtain such building block chemicals from non-petroleum sources is of pressing urgency but one of the problems with furfural hydrogenation and processing has been the use of very environmentally damaging copper chromite catalysts. Prof Keane has developed an alternative approach for this reaction, making use of a specially designed catalyst that does not just pose less environmental risk but reduces hydrogen usage in the process.

Hydrogen-free selective hydrogenation
An ideal catalyst is one that selectively promotes formation of the desired reaction product, does so with good efficiency and has the longest possible lifetime before degradation of the catalytic material occurs. For furfural hydrogenation, gold-based catalysts have been used with some success as they have very high selectivity for the desired hydrogenation product.

The major drawback with gold catalysts has been the relatively slow reaction rates, so commercial use of such catalysts also involves using an excess of pressurised hydrogen to compensate for this. The use of highly pressurised gases comes with many safety concerns and a large proportion of the hydrogen used in this way is essentially wasted as it remains unreacted. Prof Keane has been designing so-called ‘coupled catalysts’ that use a combination of metals, such as gold and copper as a solution to this problem. These have increased hydrogen utilisation by several orders of magnitude in comparison to the exclusively gold catalysts.

Future of industrial synthesis
Already, Prof Keane and his group have been able to successfully extend this approach to developing new generation catalysts for other important reactions to generate amines and imines with myriad uses in chemical synthesis. Such coupled reactions offer not just a safer route to large-scale chemical synthesis but also one that allows far more efficient use of hydrogen. Recently, Prof Keane has also been able to demonstrate the use of formic acid, a side product of many biorefinery processes, as a source of hydrogen for such reactions.

Prof Keane’s approach is easily scalable to large-scale, continuous flow chemistry, which is a far more efficient approach to chemical synthesis than the conventional production of single batches. His future work will continue to involve extensive collaboration with industry, tackling chemical synthesis problems of global importance with catalysts that offer routes to far cleaner and greener chemical synthesis and a reduction of our reliance on petroleum feedstocks.

How easy are these coupled catalysts to synthesise?
<>The catalysts for reaction coupling contain a dehydrogenation (e.g., Cu) and a hydrogenation (e.g., Au) metal component on an oxide carrier or support. Catalyst preparation involves standard chemical impregnation or precipitation techniques that are widely employed in a range of applications. Metal loading is controlled by varying metal precursor concentration and pH. Metal particle size and surface composition are tuned by altering activation temperature. Support  acid-base and redox properties are important surface characteristics that can determine overall performance.

Can you easily predict which metals are likely to be good candidates for such coupled catalysts?
<>Gold is inactive in dehydrogenation but highly selective in hydrogenation. Copper shows high dehydrogenation activity. In designing coupling catalysts, the first approach is to keep both metals segregated on the oxide carrier with effective transfer of reactive hydrogen from copper to gold sites where hydrogenation proceeds. There are other transition metal combinations where this can apply but this requires parallel testing to ensure conditions where the rate of dehydrogenation (hydrogen supply) matches hydrogen utilisation. One interesting feature is the possibility of supported alloy formation at the nanoscale, which may disrupt or enhance coupling. This is currently under investigation.

What are some of the remaining challenges for using biomass as a feedstock?
<>Our results establish that reaction coupling harnessing hydrogen from dehydrogenation results in greater hydrogenation rates and full hydrogen utilisation for model reactants derived from biomass. Reaction coupling is still at the developmental stage with fundamental kinetic data required to establish the range of applicable reactants. Any increase in oil prices will drive the demand for biomass-derived platform chemicals. One potential bottleneck is the cost of effective chemical extraction from biomass, which is being addressed in biorefineries. Drawing on technology used in the pulping industry, furfural can now be produced from a variety of cellulosic feedstocks.

Do you think it will be possible to make very general coupled catalysts for a wide variety of chemical reactions?
<>It is striking that the number of published studies on coupled heterogeneous catalytic dehydrogenation/hydrogenation systems is still so limited. This may be due to the requirement for a catalyst that is active for both dehydrogenation and hydrogenation. Differences in reactivity of the two reactants, the possibility of cross-reaction between the target products and/or reactants and ease of product separation are crucial considerations. At this juncture, we are some way from considering the possibility of a single catalyst for a variety of chemical reactions/products. Work must first focus on bespoke catalysts for particular reactant(s) combinations where catalyst selectivity is paramount. 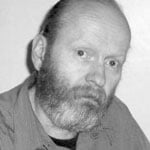 Mark A. Keane is Professor of Chemical Engineering at Heriot-Watt University. He was Professor of Chemical & Materials Engineering at the University of Kåentucky and Senior Lecturer at the University of Leeds. Author of over 190 publications, his research deals with the synthesis/characterisation of new generation catalysts with application in cleaner processing and environmental catalysis.

Professor Keane’s work is directed at clean chemical production using bio-derived feedstock with a particular focus on alternative sources of hydrogen for reaction.