Earth & Environment
Climate change poses a significant threat to Caribbean communities. Building coastal resilience and developing adaptation strategies through convergence research is vital to mitigating the impacts. To address this issue, Dr Rita Teutonico of Florida International University, along with colleagues from Mexico and Cuba, brought together an interdisciplinary group of ecologists, hydrologists, oceanographers, economists, social scientists, engineers, architects, and community practitioners from around the Caribbean. This group of experts and stakeholders met in Cuba to put in place a research plan to improve the resilience and adaption of Caribbean communities in the face of a rapidly changing climate.

With the Atlantic hurricane season as a backdrop, in September 2017, an interdisciplinary group of ecologists, hydrologists, oceanographers, economists, social scientists, engineers, architects, and community practitioners from around the Caribbean came together to make plans for an uncertain future. 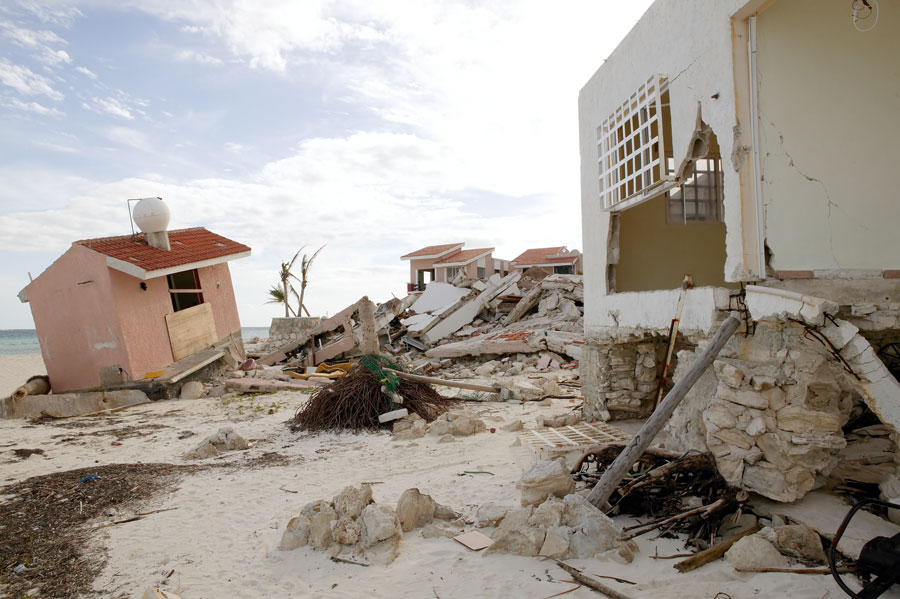 Organised by Rita Teutonico, Associate Dean of Research, and Todd Crowl, Director of Institute of Water & Environment at Florida International University, along with a tri-national team of co-organisers led by Xavier Chiappa-Carrara, Director, National School of Higher Studies, Natrional Autonomous University of Mexico (UNAM-Merida) and Dr Maritza Garcia, President, Cuba Ministry of Science & Technology (CITMA). They met in Cuba; this historical event was the first U.S. National Science Foundation-funded meeting ever to be held in the Caribbean nation. Aptly, given the group’s focus, the meeting took place in the calm both before and after the storm(s), coming just days and weeks after hurricanes Harvey and Irma (Category 4 and 5, respectively), and days before Hurricane Maria (Category 5). Undaunted by the weather, the group clarified the challenges facing Caribbean coastal regions, and put in place a research plan to improve the resilience and adaption of Caribbean communities in the face of an increasing threat from rapidly changing climate.

Climate change and the Caribbean
Climate change impacts on the timing and frequency of rainfall, the abundance and strength of extreme events, (e.g., hurricanes, droughts, floods, storm surges), and the magnitude of sea level rise, all of which have dramatic impacts for coastal communities, who are exposed to increases in flooding, storm surges, saltwater intrusion, erosion, pollution, infrastructure damage, and a loss of freshwater resources. With 75% of the world’s human population projected to live in coastal areas by 2025, the resilience of communities to predicted climate change and its impacts is critical. 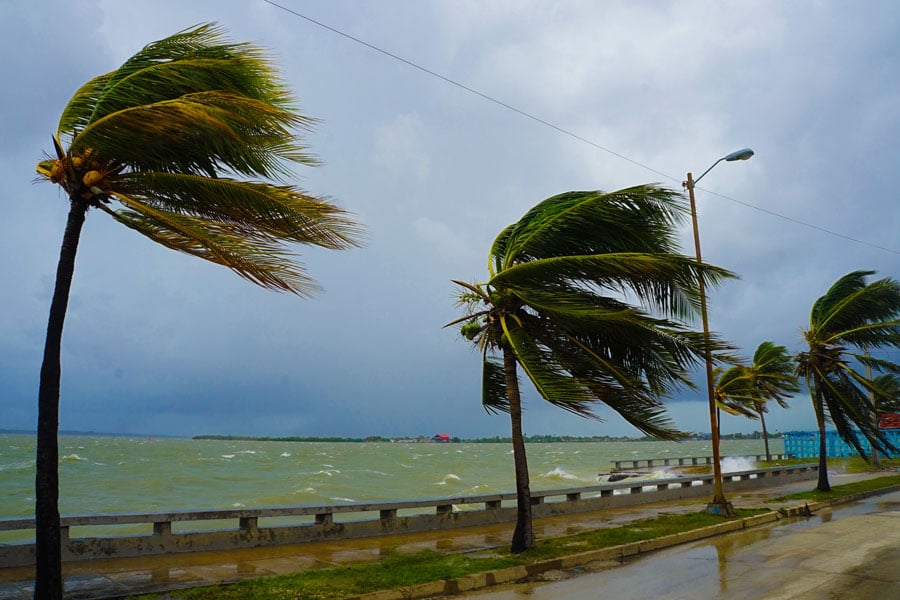 At a global scale, governments have agreed (to a greater or lesser extent) strategies to combat the threat of climate change; for example, caps on CO2 emissions and targets for global temperature increases. However, it remains the job of regional and local communities to develop specific mitigation and adaptation strategies suitable for local conditions.

The Caribbean region represents a unique challenge for climate change adaptation, owing to its large size and diverse geography, with significant variations in ecosystems, natural resources, communities, and cultures. Furthermore, the region faces a growing threat from tropical cyclones and hurricanes. Within the wider Caribbean basin, the areas of South Florida, Cuba, and Mexico’s Yucatan Peninsula share a number of characteristics, including highly permeable aquifers and major urban areas directly on the coastline.

Coastal areas with highly permeable aquifers, such as karstic systems, are especially vulnerable to spatial and temporal variations in precipitation, temperatures, vegetation coverage, and key environmental variables tied to climate change. In addition, they face increased stress on their food, energy, and water infrastructure from population growth, economic expansion, and changes in land use. Karstic regions in particular are significant; globally, karst areas provide approximately half of the world’s drinking water. For coastal karst regions, such as those of the northern Caribbean, strategies for mitigating sea-level rise and addressing the challenges of sustainable agriculture and water sustainability are needed.

The resilience of communities to predicted climate change and its impacts is critical.

However, addressing the needs of many stakeholders in a complex and ever-changing environmental, social, and political setting is non-trivial. For example, the water needed for economic development (e.g., agriculture and industry) directly conflicts with the water necessary to sustain human populations and mitigate climate risk. Short-term water management commonly contradicts long-term water security, yet both are necessary. Engineered solutions can place significant demands on energy resources, but can also offer opportunities to increase water and energy efficiency. The situation is further complicated because predicted changes in precipitation and temperature patterns will likely lead to increased regional variations in water availability.

Given these challenges, developing strategies to help coastal communities become more resilient in the face of changing climate requires trans- and interdisciplinary research and collaboration. The impacts of climate change, including sea level rise, require the development of adaptation strategies designed to protect public infrastructure, property, water resources, and natural ecosystems. There is a pressing need to provide communities with better tools to assess risks, develop possible adaptation and mitigation strategies, and evaluate the costs and benefits of those options.

The need for such information is especially urgent in the Caribbean region, which spans such a broad spectrum of community types, from resource-poor coastal communities to large urban areas with enormous economic value. To address this shortage, the 2017 workshop in Cuba brought together stakeholders and thinkers poised to implement effective resilience strategies in the Caribbean regions of South Florida, Cuba, and Mexico. After two years of meticulous planning, the conference delegates were able to compare current scenarios for coastal resilience across the region, and determine the research needed to develop better adaptation and mitigation strategies.

Communities coming together
The goals of the workshop in Cuba were to bring together an international, interdisciplinary group of experts and practitioners to develop potential solutions to coastal resilience challenges in Caribbean communities through convergence research, an approach for solving complex societal needs and problems by integrating multi-disciplinary knowledge, expertise, networks, and innovation. In designing the Cuba meeting, Dr Teutonico and her collaborators identified core individuals from each participating country, with a focus on those with expertise in four critical areas: physical and coastal processes, engineering and architecture, biology and ecology, sociology and anthropology. Those participants were then best placed to identify further national delegates; resulting in a meeting of minds that put in one room the most qualified voices for addressing climate change, coastal resilience, and adaptive strategies in Caribbean communities.

The outcomes of the Cuba meeting offer a new road map for coastal resilience in Caribbean communities.

Over the course of the meeting, participants synthesised current knowledge and identified the research needed to address the vulnerability of human and physical infrastructure to impending climate change and projected sea level rise. The delegates compared potential solutions that integrate physical processes (e.g., new technologies for more efficient resource utilisation), natural processes (e.g., biogeochemical and hydrologic cycles), biological processes (e.g., ecosystem structure and productivity), engineering/architecture (e.g., resilient building design), with social, behavioural and economic processes (e.g., decision making and governance). There was a particular focus on the urban ecology of major coastal cities, including Miami, Havana, and Cancun, with an emphasis on comparative strategies for increasing resilience in different countries. By using this approach, the participants were able to develop transformative new perspectives to address coastal community challenges under changing climate change scenarios. 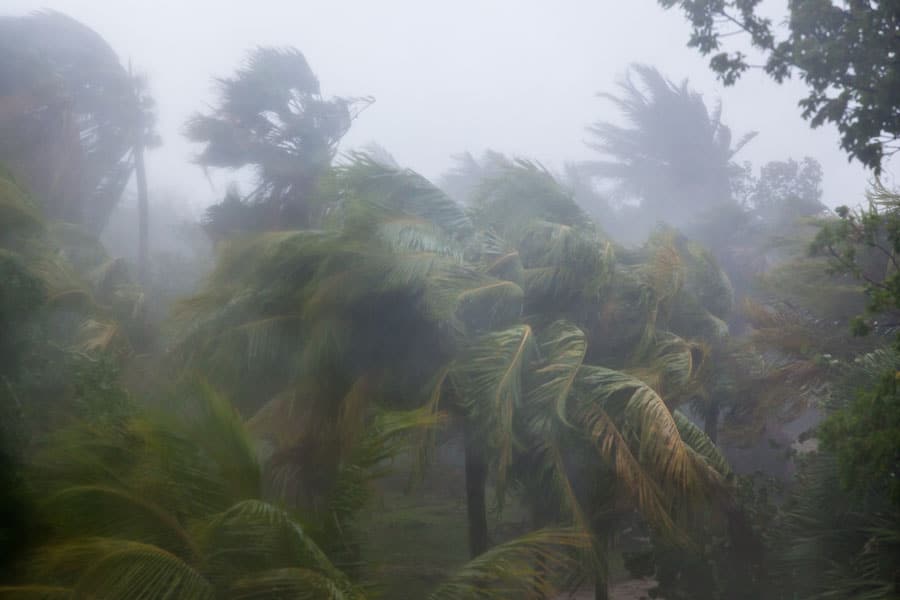 Strategies for moving forward
The outcomes of the Cuba meeting offer a new road map for coastal resilience in Caribbean communities. In particular, the international group developed an improved understanding of the challenges facing Caribbean coastal regions vulnerable to climate change and sea level rise, put in place a plan to coordinate research on coastal resilience and adaption of these Caribbean communities, and established a network of experts to develop and disseminate such solutions to vulnerable communities. Perhaps most importantly, the workshop developed strong alliances between the participating nations, Mexico, Cuba, and the United States, and between the individual delegates. Such relationships will greatly facilitate future work on enhancing coastal Caribbean resiliency to climate risks.

Following the meeting in Cuba, how many of the recommendations have been put in place?

Since the workshop, we have held one subsequent team meeting to discuss comparative coastal resilience strategies. We have also written two proposals to support and expand the collaborative research network across the Caribbean. 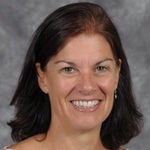 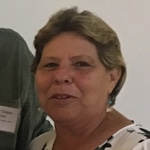 Dr Teutonico is Associate Dean of Research for the College of Arts, Sciences & Education at Florida International University (FIU). Since joining FIU, she has been instrumental in the submission of numerous, interdisciplinary, multi-investigator proposals and the successful awarding of many, including a $5M, NSF-funded Center of Excellence award. Previously, Dr Teutonico was Director of Research Development for the Office of Research and Graduate Studies at Utah State University (USU), and co-Investigator for Utah’s inaugural NSF EPSCoR Research Infrastructure Improvement $20M, 5-year award focused on water sustainability. Dr Teutonico served at the National Science Foundation (NSF) for 10 years as Senior Science Advisor for Integrative Activities, where she led interdisciplinary cross-NSF initiatives, including Human & Social Dynamics, Climate Research Investment, and the $500M portfolio for Science, Engineering and Education for Sustainability (SEES) initiative.

The first ever NSF-funded workshop in Cuba aimed to bring together an international, interdisciplinary group of ecologists, hydrologists, oceanographers, economists, social scientists, engineers, architects, and practitioners to develop potential solutions to coastal resilience challenges in Caribbean communities from a transdisciplinary, convergent perspective.

One thought on “Climate change & the Caribbean: Enhancing coastal resilience”