Physical Sciences
From tunnelling to entanglement, the world of quantum mechanics describes a diverse array of seemingly bizarre behaviours which only emerge on the very smallest of scales. Yet Professor Theo van Holten at the Delft University of Technology believes that the physics required to describe quantum systems may not need to be nearly as exotic as many physicists currently believe. Through the principles of Emergent Quantum Mechanics he proposes new evidence that the quantum and classical worlds may not be at odds with each other; all while providing a potential explanation to one of the most pressing mysteries in particle physics.

Quantum mechanics has captured countless imaginations since it first emerged in the early 20th century. To many, the idea that the universe’s fundamental building blocks could be governed by a completely different set of physical rules to those we are so familiar with is utterly fascinating. Spurred on by this exciting prospect, the picture of the quantum world painted by scientists and the media alike presents a world whose physics is completely disconnected from our own, classical realm. “The world of atoms is strange”, Dr van Holten describes. “It is a world where particles can be in different places at the same time, where particles communicate faster than light by telepathic contact, and where ‘Schrödinger’s cat’ can be dead and alive at the same time. Quantum mechanics, the theory of this world, is magic.”

Following decades of often fierce debate, the view that quantum systems cannot possibly be described using classical principles, as set out by pioneering physicists including Newton and Maxwell, continues to be widely shared. However, the idea is far from being universally accepted. Opposing groups argue that the laws of physics are not, in fact, so different on atomic scales; we simply haven’t been searching for classical behaviours in the right ways so far. Recently, this view has become increasingly attractive through experiments in which classical, macroscopic systems appear to adopt quantum properties: inspiring the field of Emergent Quantum Mechanics (EmQM).

Re-assessing a famous experiment
In 2005, a group of researchers led by Yves Couder at the University of Paris made the intriguing discovery that tiny, vibrating droplets of oil can be made to ‘walk’ across the surface of a contained, oscillating oil bath. In the presence of obstacles, the walks look like the paths of quantum particles. The team proposed that this behaviour occurs since the droplets create waves as they hit the oil surface, whose frequencies exactly match up with those of the droplets’ bounces. Driven by the oscillation of the bath, these waves will then move around; and subsequently, propel the droplets which created them as they interact.

Several years after this initial experiment, physicists Robert Brady and Ross Anderson from the University of Cambridge proposed that Couder’s discovery could have wider implications than being a fun classroom experiment. As Dr van Holten explains, they theoretically derived that “tiny droplets of oil bouncing around on a fluid surface are exact analogues of the world of quantum mechanics, in all respects. The oil droplets are macroscopic objects, obeying the ‘normal’ laws of nature, and nevertheless behave in a quantum-like way.”

If the everyday laws of nature can conspire to show up quantum-like phenomena, there is hope to form mental pictures of how the atomic world works.

Quantum properties in walking droplets
In their 2014 study, Anderson and Brady showed that these droplets appear to display strictly quantum behaviours in the double-slit experiment – famously used to prove the wave-like nature of electrons. In the droplet experiments as well as in their theory the duo saw that the waves created by a droplet passed through both slits, then interfered with themselves as the wave-fronts emerging from each slit diffracted. This subsequent pattern influenced the path of the droplet, in such a way that after many repeats of the experiment, the probability distribution describing its position when observed appeared remarkably similar to that for electrons.

In addition, the droplets appeared to undergo ‘tunnelling’, which typically describes how if a quantum particle’s wavefunction exists on either side of a barrier, it can pass straight through – although the probability of this happening drops off as the barrier becomes taller and wider. Along with a variety of other quantum-like behaviours, the experiment appeared to present a remarkably strong case for EmQM. “If the everyday laws of nature can conspire to show up quantum-like phenomena, there is hope to form mental pictures of how the atomic world works”, Dr van Holten continues. “EmQM tries to find out whether more or perhaps all of the known quantum phenomena can be reproduced by classical physics, given a suitable model of the situation.”

Answers in Emergent Quantum Mechanics?
Although many physicists view this principle as controversial, it isn’t without precedent. As Dr van Holten describes, thermodynamics is an excellent tool for calculating the flow of heat through physical systems, but to connect its outcomes with the physical world, physicists must use the separate principle of kinetic gas theory.

In the same way, Dr van Holten suggests that quantum mechanics may be a necessary framework for making calculations on atomic scale systems, but it doesn’t describe what is physically happening. For this, we need EmQM. Building on this principle, Dr van Holten takes Anderson and Brady’s earlier proposal a step further: what if, he suggests, the same rules describing Couder’s bouncing oil droplets were employed to describe electrons themselves?

This idea clashes with traditional descriptions of electrons as single points of charge, which occupy no volume. In his latest study, Dr van Holten explored it by developing a model in which minuscule, yet voluminous vibrating droplets carrying the charge of an electron are confined within a trap such as an atom. Although he only applied classical physics to this model, he found that the charge droplets appeared to obey the laws typically demanded by quantum mechanics; for instance, they replicate (quantitatively correct) the discrete energy levels of bound electrons. In addition, they clearly displayed ‘De Broglie’ relations between their wavelengths and momenta. This meant that when multiplied together, the two values produced Planck’s constant – a value which is fundamental to every quantum process. The result appeared to be a triumph for EmQM, but the most remarkable outcome of Dr van Holten’s experiment was yet to come.

The mystery is that all the properties of the muon and tau are identical to those of the electron, except the mass.

Solving the mystery of the charged leptons
In his model, Dr van Holten discovered three distinct configurations of a droplet which could exist in equilibrium; each with a different mass. Immediately, this led him to consider a gap in our understanding of the Standard Model of particle physics – the theory incorporating all known fundamental building blocks of the universe. In particular, the model features three charged ‘leptons’: the familiar electron, the muon – which is around 207 times heavier than the electron –, and the tauon – a dramatic 3477 times larger. “Since the discovery of the muon in cosmic radiation, the large mass of these particles has been a mystery”, Dr van Holten describes. “It is thought that mass is not arbitrary but is related in some way to the other properties of a particle. The mystery is that all the properties of the muon and tau are identical to those of the electron, except the mass.”

Through his model, Dr van Holten proposes that the mystery could be solved with the help of EmQM – by treating the three leptons not as quantum particles, but as minuscule droplets of charge. Tentatively, he suggests that the three masses which emerge from his model could directly correspond with the known masses of electrons, muons, and tauons. Working out the theory, this assumption is confirmed because once again the correct value of Planck’s constant is found as a consequence. This would imply that their drastically different masses are not tied to some as-yet-unexplained quantum property, as many researchers currently believe; but instead, are the simple outcome of some far more familiar physics. If correct, this theory would be a ground-breaking revelation in particle physics, suggesting that at least some of the currently enigmatic quirks of the Standard Model are far less mysterious than we currently think.

A case for re-thinking quantum mechanics
For now, the dominant view is that the quantum world is governed by a completely different set of rules to the classical realm. However, van Holten believes that his findings present a strong case for the wider use of EmQM, in which the quantum realm is not so different from our own after all. If his ideas become more widely accepted, they could soon provide widespread solutions to mysteries spanning wide areas of physics.

As Dr van Holten concludes, “considering the success of EmQM, one wonders whether the atomic world is really magical, as proclaimed in present physics books. Nature on an atomic scale is perhaps better comparable with an illusionist, whose tricks are seemingly total magic but must nevertheless obey the laws of the ordinary world. The problem is to find out how the tricks work.”

How is the field of Emergent Quantum Mechanics viewed within academia and how are you trying to further its acceptance?

<>Most physicists are sceptical about EmQM. Many find the non-singular electron model unacceptable. However unconventional this model is, it does lead to e.g. the correct value of Planck’s constant. It would be helpful if other physicists would check the – already peer-reviewed – mathematical derivations leading to these results, to convince themselves that EmQM deserves serious consideration. 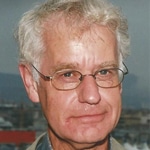 From 1975 Prof van Holten has been involved in the development of wind turbines in academia as well as industry. Later, he became professor of Flight Mechanics and Propulsion at Delft University of Technology. When trying – during his retirement and just out of curiosity – to apply to electromagnetic fields a mathematical technique which in the past had been popular in aerodynamics, van Holten stumbled on EmQM.

Professor van Holten’s work in Emergent Quantum Mechanics aims to solve the enigma of how the muon and tau particles are identical to the electron in everything but mass.