Physical Sciences
Hydrate formation is a major problem in the oil & gas industry, leading to blocked pipes and increased costs. Hydrates are crystals formed by ‘trapped’ gas in water, under specific temperature and pressure conditions. Using surfactants can inhibit and control hydrate formation, but this research area is still young. Professor Liat Rosenfeld from San José State University sheds light on the hydrate crystallisation process in presence of surfactants, identifying the interesting effect surfactant concentration has on hydrate morphology and growth rate. Her research improves understanding and sets the base of future surfactant development and use.

What if someone told you that the oil spill accident at the Gulf of Mexico could have been minimised if hydrate formation was prevented? OK, let’s backtrack a bit. The widely known oil spill that occurred ten years ago from a BP offshore platform in the Gulf of Mexico area resulted in about five million barrels of oil spilt in the sea, and priceless environmental damage. The reasons behind the accident were related to a rushed construction and a weak pipeline, but the damage could have been partially reduced if hydrate formation in the pipeline had not led to an explosion. Hydrate formation is a well-known issue in the oil industry that is leading to blocked pipes, and consequences are ranging from reduced flow to the potential of an explosion. But what are hydrates and what do we know about their formation?

All about hydrate formation
Hydrates are, simply put, formations of water and organic gases, where presence of water and oil or gas residue in pipes, under great pressure and low temperatures, causes the formation of crystals. Hydrate formation is considered a culprit on the oil and gas industry, as it can lead to pipe blockage. From there, their presence can escalate to ‘just’ inflated costs for pipe cleaning, costs related to reduced flow, or costs related to mitigation of much more serious issues, such as explosions.

Crystallisation of hydrates occurs when there are traces of water in pipes, in combination with increased pressure and reduced temperature, conditions usually found in operations of the oil industry. The morphology of hydrates resembles an amorphous, clear crystal when studied in the lab under controlled conditions, but can easily build up and block the industrial pipes used for oil transportation, with an appearance resembling the hardened, dirty snow in the side of busy roads. From its first mention in related research in 1934 until today, research on hydrate crystallisation is trying to improve our understanding of the formation mechanism and develop ways to inhibit the phenomenon or control it to our benefit.

Hydrate formation is a well-known issue in the oil industry that is leading to blocked pipes, and consequences are ranging from reduced flow to the potential of an explosion.

There are three main ways to inhibit or control hydrate formation, the first of them being adequate insulation of pipes to avoid internal presence of water. This solution is quite expensive though, with added costs up to $1 million per pipe kilometre. The second solution involves use of methanol as an additive during oil flow to prevent hydrate crystallisation from a thermodynamic point of view, as it prevents water from freezing and creating a seed crystal. However, besides environmentally unsustainable and hazardous, methanol use for this purpose can be quite expensive, with an annual, global budget of about $200 million for this purpose.

Surfactant to the rescue
The third way to prevent hydrate formation, other than pipe insulation or methanol presence, involves the use of surfactants, which – as the word suggests – are chemical substances which act on the interface of the oil-water phase. A very common example of a surfactant is soap, which allows the removal of oily pollutants from our skin, using water. Based on this principle, researchers are looking into the effect of surfactant presence in pipes on hydrate crystallisation. The way surfactants work in this case is either to inhibit hydrate formation due to surface properties alteration (making the oil-water interface less susceptible for crystal growth), or to initially allow the hydrate to form, but inhibit its growth. The pathway followed depends on the conditions in each occasion.

Hydrate modelling using cyclopentane
Innovative research in the area of hydrate crystallisation and use of surfactants is conducted by Liat Rosenfeld, Assistant Professor at San José State University. After receiving her PhD in Chemical Engineering from Israel Institute of Technology and following it with a post-doctoral fellowship at Stanford University, Prof Rosenfeld devoted her research to interfacial dynamics and rheology as well as the development of microfluidic devices for next-generation diagnostics applications. She recently published two informative papers, one of them being a step-by-step methodology in the area of hydrate crystallisation and the use of surfactants to control the formation of the hydrates. Prof Rosenfeld is using cyclopentane as a model substance for research on hydrates, hence, studying the formation of cyclopentane hydrates. She is examining how the hydrate crystal forms in the presence of different surfactants, under varied temperature conditions, in an effort to improve understanding of this complicated phenomenon. Cyclopentane was used as a model compound in order to reduce the complexity of variables examined, and focus research questions around the hydrate formation and destabilisation process under varying types and concentrations of surfactant solutions.

Surfactant concentration affects hydrate morphology
Prof Rosenfeld designed a ‘hydrate visualisation cell’, an experimental setup which would allow the visual observation of the hydrate crystallisation process on a droplet of water immersed in cyclopentane. Crystallisation occurs at the interface between the water and the cyclopentane. The apparatus also contains temperature controller and pressure transducer (to monitor internal pressure during the crystallisation process). Crystallisation seed was inserted at the bottom of the cell to initiate the hydrate formation. By controlling the temperature and monitoring the pressure change during hydrate formation, information could be extracted about the crystal growth rate. By altering the type and concentration of the surfactant added to the cyclopentane phase, additional information could be extracted on the hydrate formation pathway, and the effect of surfactant on the morphology of the forming hydrate.

Prof Rosenfeld and her colleagues identified two types of hydrate growth: planar and conical depending on the type and concentration of surfactant being used.

Prof Rosenfeld and her colleagues examined four different surfactants at three different concentrations, and visually observed the effect of these parameters on the hydrate crystallisation pathway. They identified two types of hydrate growth: planar and conical. These were dependent on the concentration of surfactant present, regardless of the type of it. Showing snapshots of the growth process with time, the crystallisation initiation of the hydrate in a distinct morphology and the development of the growth were clear. Interestingly, surfactant concentration was not gathered on the interface (the crystal growth phase, where the oil and water phases are in contact) as expected, but the majority of it was pushed in either the water or oil phase, and some of it was thought to be included in the formed crystal. Monitoring the pressure change during hydrate formation and correlating the visual with the physical observations allowed the development of further understanding on the specifics of the crystallisation process.

Explaining hydrate morphology
Results showed that for surfactant concentration below or very close to the specific concentration at which surfactant micelles are formed (named critical micelle concentration, CMC), the effect of surfactant’s presence was to initially delay hydrate crystallisation. However, once the formation started, growth was accelerated, showing a planar morphology where hydrate formation moved from both the top and bottom of the water droplet towards the equator. Hydrate growth eventually overtook the shape of the droplet, retaining its original size more or less, and resembling a “squishy grape between our fingers” according to the researchers.

This planar hydrate growth was also observed in absence of the surfactant, with the difference being that hydrate started forming faster, but showed a fairly similar overall growth. When the surfactant was present in concentration higher than CMC, hydrate growth was conical, starting at the top of the water droplet and progressing towards the bottom. When the crystal cone reached the bottom of the droplet, the droplet collapsed, leading to quick crystallisation of the rest of the liquid volume, and expansion of the formed hydrate past the physical limit of the droplet, resembling a “frozen explosion”. Alongside the visual difference of hydrate growth depending on the surfactant concentration, a difference in the measured pressure was observed as well, with collected data helping understand the mechanism behind the visual observations. Besides the concentration of the surfactant, the type of surfactant also showed an interesting variation on the hydrate growth rate, with surfactants of higher molecular weight and better ability to stay on the oil-water interface showing the most notable results.

The future of hydrate crystallisation
Through her research on hydrate crystallisation using visual observations and physical measurements, and examining a variety of factors, Prof Rosenfeld confirmed existing hypotheses on hydrate formation, and set a valuable base for future research. Having her results as guidance can lead to the development of surfactants that can affect hydrate crystallisation in ways beneficial for the industry, reducing costs associated to blocked pipes, and creating a sustainable way to capture oil and mitigate the devastating effect of oil spills.

Can the results obtained for cyclopentane be generalised for other hydrocarbons?

<> The results obtained for cyclopentane hydrates can be generalised for other hydrocarbons. However, each hydrocarbon will require different surfactant solution as the surfactant molecules reside at the interface between the hydrocarbon and the water. Moreover, many of the hydrate crystals formed naturally are gas hydrates, mostly methane. The hydrate visualisation cell that was developed for the study of cyclopentane hydrates can be further used in the study of methane hydrates. The cell will have to be adjusted to operate under high pressure but apart from that, the same methods can be applied. 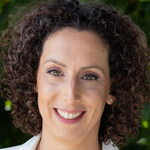 Prof Rosenfeld studies the nature of clathrate hydrates formation in the presence of surfactant. Preventing formation of hydrates is essential for flow assurance of oil and gas lines.