Health & Medicine
Our brains work best when the temperature around us is between 18 and 22oC. Any hotter than this, and productivity, motivation and short-term memory all begin to suffer. In exciting new work, Professor Edward Wei identified a group of molecules called cryosims, which can create a cooling effect without reducing body temperature. As well as treating conditions like dry eye discomfort, cryosims can improve brain power by triggering the brain to act as if it is in a cool environment.

On a warm, sunny afternoon, it can be tempting to walk away from the keyboard and give in to the urge to take a nap. After all, it seems much harder to be productive when it is warm – your eyes become tired, your body feels sluggish, and your brain seems reluctant to perform. Many students who have sat their final exams at the height of summer might feel – with good reason, according to research – that the temperature has affected their performance.

If taking a break is not an option, we might try to wake up by cooling down. Switching on the air conditioning or fan, having a cold drink, or placing a cold, wet flannel on the forehead can all work. Cooling down has long been linked to feeling more alert and less tired. In a cool environment, the brain functions more clearly: ask a Russian or a Norwegian and they will instantly confirm!

Brain activity and the “absence of cooling”
Research has shown that the brain performs best when the environmental temperature is between 18 and 22oC. Above 22oC, motivation decreases and short-term memory begins to suffer.

One of the ways in which the brain detects temperature is via a receptor called TRPM8. This is a “cooling” receptor: it is activated by cool temperatures. Interestingly, TRPM8 is known as the “cold and menthol” receptor, because it also responds to certain chemical compounds that simulate a cool state, like menthol. The receptor, which is found in sensory neurons, is part of the complex array of structures and systems that allow the brain to maintain body temperature within safe limits.

Researchers have found that TRPM8 quickly slows down at temperatures above 22oC. This creates a situation which could be described as the “absence of cooling.” It is possible to think of TRPM8 as an air conditioner – but one which shuts down when the temperature rises above 22oC. When this happens, the mind becomes warm and lazy, a natural event.

Alongside cooling, “wetness” is also important. This is because damp conditions allow the TRPM8 receptor to continue to function at temperatures greater than 22oC, as evaporation of water contributes to the cooling effect. If a way to combat the effects of temperature and aridity on the TRPM8 receptor could be found, people could potentially boost their brain power when working in these conditions.

Improving brain power
Could it be possible to boost brain activity by triggering TRPM8 receptors? Dr Edward Wei, a pharmacologist at the University of California Berkeley, is investigating this question. Such a cooling agent could also be a possible treatment for conditions such as dry eye discomfort, which might be caused by the absence of cooling.

Dr Wei has coined the term “cryosims” to describe molecules that simulate the effect of cooling, without actually reducing the temperature of body tissues. Cryosims are TRPM8 agonists. Agonists are chemical activators of biological events; that is, chemicals that bind to receptors to trigger a physical response. Cryosims differ from other “cooling” substances, including menthol, and other substances, such as ethanol, which produce an actual cooling effect through evaporation. 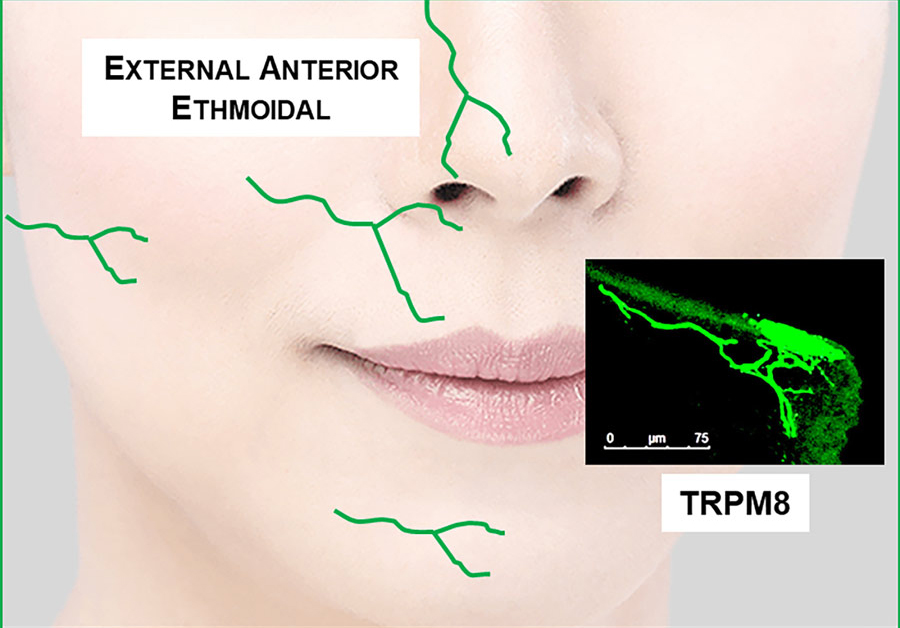 Dr Wei and his colleagues investigated various cryosims to assess their potential as “cooling” products. The aim was to identify molecules that might trigger the same response as physical cooling; for example, would it be possible to find a molecule that elicits the same effect as a cool towel on the face? Or the response to a cold drink on the back of the throat?

Would it be possible to find a molecule that elicits the same effect as a cool towel on the face?

Cooling the eyes to boost the brain
Dr Wei and his Korean colleagues investigated a particular TRPM8 agonist that could help to relieve the symptoms of dry eye. Physical cooling is known to relieve the discomfort of dry or sore eyes; identifying a drug which could replicate this cooling effect could be of huge benefit to the many people who suffer from dry eye.

The molecule identified by the team, called Cryosim-3, was applied to the eyelids of patients with mild dry eye discomfort using a cotton wipe. Patients who received the treatment experienced clear improvement in their symptoms after just a couple of weeks, with no adverse effects. The team concluded that their novel TRPM8 agonist, Cryosim-3, holds great potential as a treatment for dry eye discomfort.

Following the success of the dry eye study, Dr Wei began to wonder whether TRPM8 agonists might be able to do more than simply elicit a cooling effect. As TRPM8 is known to be triggered at cooler temperatures, and cooler temperatures are favourable to increased brain activity – could stimulating TRPM8 effectively improve brain power?

A product to boost brain activity – and more
Stimulating TRPM8 receptors with an agonist like Cryosim-3 should effectively galvanise the brain into perceiving that it is in a cooler environment. Drawing on their expertise gained from their research, Dr Wei was able to develop a product that uses a cryosim, applied to the eyelid, to send a “coolness” signal to the brain.

The product, for which a patent application has been granted, is a wet wipe that is applied to the upper eyelid. The cooling agent on the wipe – the cryosim – causes the brain to believe that the person is in a room of 15 to 18oC, but without the accompanying chill to the rest of the body. The wipe is intended to relieve tiredness, improve concentration, and make the user feel more alert and energised. The effect should last for about three hours.

The cooling wipes act as a type of cognitive enhancer, through stimulating brain activity. Other substances currently used as cognitive enhancers, such as caffeine, enter the bloodstream and act invasively on brain chemistry. The product developed by Dr Wei, however, is applied to the skin, and has no direct effect on the brain.

As well as boosting brain power, the wipes can relieve the symptoms of dry and tired eyes, which are often a result of digital eye strain. As more and more people, from the very young to the very old, spend much of their leisure and work time in front of a screen, a product like the cryosim wipe is likely to become extremely helpful.

The unique abilities of the cryosim wipe mean that they could be of benefit in any activity that demands intense concentration, leading to tired and dry eyes. This could be something as informal as a game of cards with friends, or as important as an international snooker tournament. As a game draws to a close, who wins and who loses could come down to who is most alert – and whose eyes are least tired. 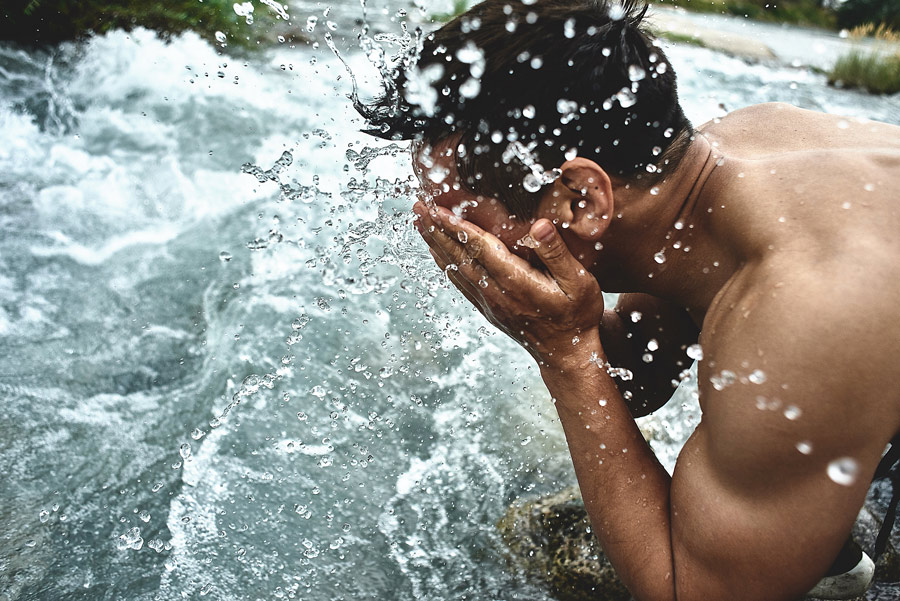 The potential of cryosims
The product developed by Dr Wei has many possibilities. The idea of designing a chemical treatment that replicates the sensations of a physical event could be, as Dr Wei says, “the mother lode of opportunity for drug discovery.” This concept could, in future, be expanded to include cognitive enhancement for hard working students or adults with digital eye strain; potentially, use of the cryosim wipes could enable an extra hour and a half of productive work. Going further, applications of cryosims to other surfaces could help to relieve symptoms of the common cold or allergies, by reducing cough and nasal congestion. They could also relieve a problem currently being experienced by an increasing number of people, all around the world: the discomfort associated with wearing a face mask.

Are there any other particular health conditions that could benefit from a cryosim-based treatment?

<> Yes, in addition to tired and dry eyes, the cryosims can be used in the nose and throat for nasal stuffiness and cough, respectively. Other cryosims can be used for skin itch from insect bites and from urticaria. The most exciting application right now is a cryosim gel for relieving face mask discomfort, especially for health care workers. 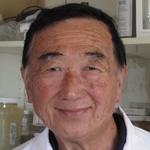 Professor Edward T. Wei is a retired Faculty member at Berkeley. He is an expert on cooling agents and characterised the potent icilin, WS-12, and Ax-8 molecules. He then created the Cryosims. 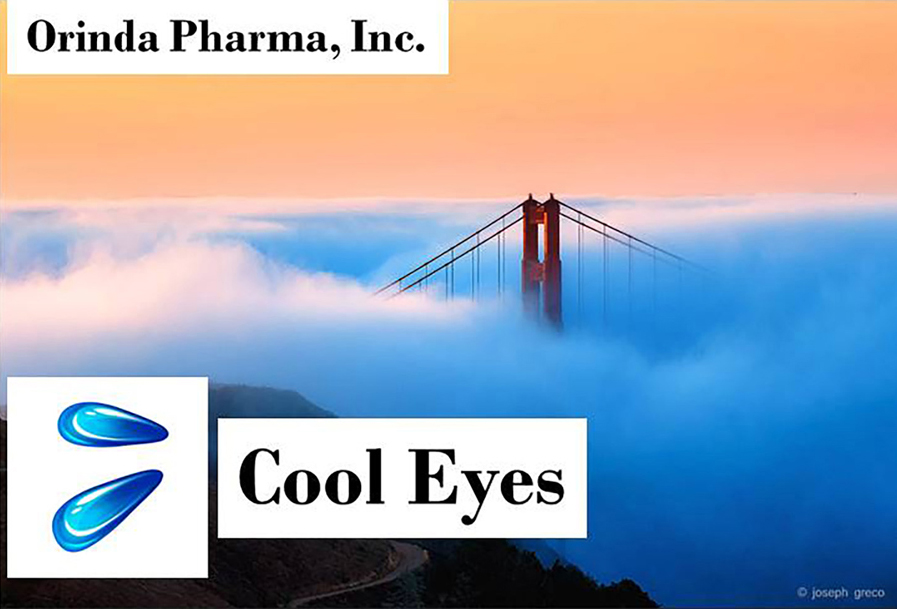