Health & Medicine
Ankylosing spondylitis (AS) is a chronic rheumatic disease. A debilitating condition, it has large patient and societal burdens. However, the financial impact of the disease is not fully understood. Aiming to change this are Dr Jessica Walsh from the University of Utah School of Medicine, Drs Xue Song and Gilwan Kim from IBM Watson Health, and Dr Yujin Park from Novartis Pharmaceuticals Corporation. Through retrospective analysis of recent administrative claims data, the team comprehensively reviewed all-cause and AS-specific costs of disease for US patients. Their findings provide insight into the direct medical costs associated with healthcare utilisation of patients with AS.

Ankylosing spondylitis (AS) is a painful and progressive form of inflammatory arthritis that affects 0.1–1% of the US population. A chronic condition, AS mainly affects the spine (‘spondylo’), which becomes inflamed, causing chronic and often severe pain and stiffness, and can result in extreme tiredness. Over time, the inflammation can lead to ankylosis, where new bone formation in the spine causes sections of the spine to fuse in a fixed, immobile position. In extreme cases, patients become severely disabled and functional disabilities have a large impact on the ability to carry out everyday tasks and may result in the inability to work.

AS can also cause inflammation, pain, swelling and stiffness in other areas of the body. Inflammation that occurs at the site where ligaments or tendons attach to the bone is known as entheses. Other areas such as the hips, ribs, heels, and other joints can also be affected. Symptoms tend to develop gradually, usually over several months or years, and patients may have periods of remission followed by relapse.

Unfortunately, there is no cure for AS. However, treatment regimens can relieve pain and halt worsening of the condition. Common treatments include a combination of medication, exercise, and physical therapy. Consequently, the impact of AS is substantial; particularly since it develops relatively early in life, tending to first develop in late teens through to 40 years of age. Although AS onset after 50 years of age is unusual, because of the often invisible nature of the disease, AS may go undiagnosed for many years, and in some cases more than 10 years, leading to diagnosis at an older age.

Common comorbidities
Along with inflammation of the spine, joints, and entheses, patients with AS often present with peripheral arthritis, psoriasis, and inflammatory bowel diseases. Studies also show that patients with AS have significantly more comorbidities than matched controls in the general population, including cardiovascular disease, diabetes, malignancies, and depression [1-3]. In addition to the considerable burden faced by AS patients due to chronic pain and disability, financial burdens associated with AS are also substantial. Despite this, there are limited data about the direct costs of AS.

Their study is the first comprehensive analysis comparing healthcare utilisation and direct costs in AS patients, compared to matched controls.

A team of researchers is determined to gain a better understanding of the financial burden of AS: rheumatology specialist Jessica Walsh, MD, University of Utah School of Medicine; Xue Song, PhD, an Outcomes Research Practice Leader at IBM Watson Health; Gilwan Kim, PharmD, MS, Analyst Manager at IBM Watson Health; and Yujin Park, PharmD, Associate Director in Health Economics and Outcomes Research and Medical Access at Novartis Pharmaceuticals Corporation. Their research, supported by Novartis Pharmaceuticals Corporation, provides insight into the direct medical costs associated with AS. The team noted that the majority of research into AS-related costs has been undertaken outside the United States. Recognising a gap in the literature, the team investigated all-cause and AS-specific direct costs in US patients with AS to better understand the financial impact of the disease. Their study is the first comprehensive analysis evaluating healthcare utilisation and direct costs in US patients with AS compared with matched controls.

The study included 6,679 patients aged 18 years and older with at least one or more inpatient or at least two or more outpatient medical claims for AS between January 1, 2012, and December 31, 2014. Patients were matched (by age, geographic location, index calendar year, and sex) with controls without AS at a ratio up to 1:5 (19,951 patients). All-cause and AS-specific healthcare utilisations and associated direct costs were compared between the two patient groups over the course of 12 months.

Notably, patients with AS had a tenfold-higher median total all-cause healthcare cost than matched controls ($24,978 vs $2,139 per patient per year). Higher costs associated with AS were largely a result of increased medical outpatient services (mean cost $13,220 vs $4,602, per patient per year) and outpatient pharmacy costs (mean cost $14,074 vs $1,737, per patient per year), as illustrated in the figure opposite. Outpatient pharmacy costs associated with AS included use of biologic therapies, other AS-related medications (e.g. anti-inflammatory drugs, antirheumatic drugs), antihypertensives, and antidepressants.

The research of this team of colleagues fills a gap in the body of knowledge on AS comorbidities and costs of care for AS patients in the USA.

The research team suggests that the presence of common comorbidities contributes to the increased utilisations and costs observed in patients with AS compared to matched controls. Their analysis showed that patients with AS had significantly higher rates of cardiovascular disease, depression, malignancies, osteoporosis, sleep apnoea, and spinal fracture, as well as inflammatory bowel disease and psoriasis than matched controls. These comorbidities require additional medications, treatments and complicate AS management, leading to increased costs. However, as the authors note: “Further research is needed to fully determine the potential cause and effect relationships between AS and comorbidities and the role of inflammation in the development of comorbidities in patients with AS.” The team also noted that effects of severity of disease and other risk factors (e.g. obesity and smoking) on healthcare utilisation and costs could not be determined in the current study, since this information is not available from administrative claims data.

Conclusion
The research of this team of colleagues fills a gap in the body of knowledge on AS comorbidities and costs of care for US patients with AS. Their work helps better represent the overall costs associated with AS: in addition to its physical, psychological and social burden, the current study highlights the high economic burden of the healthcare needs of AS patients. Findings from their descriptive analysis using large administrative claims databases provide key insights into the direct medical costs associated with healthcare utilisation in patients with AS across the United States. The total financial burden of AS could not be determined in the current study because indirect costs related to AS – such as disability, loss of work productivity, and caregiver costs – were not measured. Further research aimed at quantifying the total financial burden of AS from the individual patient standpoint and society perspective would be beneficial.

Your research provides insight into the cost of the healthcare needs of patients with AS. What’s next for your work?

<>This study looked at direct costs associated with AS, but studies that evaluate societal and indirect costs, such as work productivity, disability, and caregiver costs, will provide a more complete picture of the economic burden. This is especially important for patients in the US healthcare system because previous studies have shown indirect costs associated with AS to be higher than direct costs. In addition, as the diagnostic delay of AS is one of the biggest challenges in optimising care, further research quantifying the cost of delayed AS diagnosis from payer and patient perspectives would help to raise the importance of this issue.

Counting the costs of ankylosing spondylitis was last modified: May 22nd, 2019 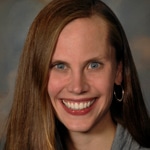 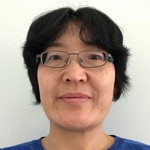 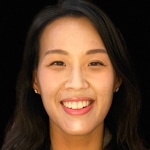 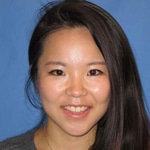 Jessica Walsh, MD, is an Instructor at the University of Utah School of Medicine and George E. Wahlen Veteran Affairs Medical Center. As a rheumatologist, her clinical interests include spondyloarthritis and psoriatic diseases.

Yujin Park, PharmD, is an Associate Director in Health Economics and Outcomes Research and Medical Access at Novartis Pharmaceuticals Corporation.

The team’s work has unveiled the direct costs of healthcare for patients with ankylosing spondylitis.

Dr Walsh is a consultant for Novartis Pharmaceuticals Corporation.

Dr Park is an employee of Novartis Pharmaceuticals Corporation.