Sign up for our free publication
Physical Sciences
Harnessing the power of the sun as a source of energy is highly appealing for many reasons, but primarily because it is a renewable, clean source of energy. Plants are already incredibly proficient at not just converting light to useable energy but also at storing that energy in the form of glucose, which can be considered a solar fuel. Professor Michael D. Heagy at New Mexico Tech has taken inspiration from plant photosynthesis to develop new materials, designed to address some of the challenges involved in efficiently converting and storing solar energy.

When it comes to solar energy conversion, plants are the experts. Through photosynthesis, plants can use light energy absorbed from the sun, in combination with carbon dioxide and water, to create glucose and oxygen. Despite photosynthesis being a complex, multi-step process, plants are able to perform it with very high conversion efficiencies, owing to their highly adapted network of molecular machinery.

Glucose, the type of sugar produced during photosynthesis, is a very energy-dense fuel that the plant uses for two main purposes. Firstly, glucose provides the chemical building blocks for the plant to be able to grow. Secondly, plants also exploit glucose as part of respiration, a process common to plants and humans, which involves converting the energy locked in the glucose fuel into a useable form.

Liquid solar fuels have an advantage not just in terms of their energy density but can also be used as chemical feedstocks.

Trying to mimic the incredible abilities of plants to convert and store the energy from sunlight has inspired the field of artificial photosynthesis. Artificial photosynthesis attempts to recreate a plant’s abilities for light harvesting, conversion and storage by breaking the photosynthetic process into two key steps. Water splitting, where the key goal is to oxidise water into hydrogen and oxygen, followed by the reduction of carbon dioxide to allow solar fuel synthesis. Professor Michael D. Heagy at New Mexico Tech and his research team are experts at designing materials tailored to promote the conversion of carbon dioxide to solar fuels using the power of light alone.

Solar fuels
Recreating the energy conversion efficiency of plants in the laboratory with artificial photosynthesis is a tricky task as well as overcoming one of the other issues with solar energy: how to provide a continuous, uninterrupted energy supply from solar sources? The key to this lies in finding a way to store the solar energy, which is often done by using photoinduced chemical processes to create solar fuels.

Probably the most famous example of a solar fuel, and the one created during the water splitting stage of natural photosynthesis, is hydrogen. After using light-induced processes to form the hydrogen, this then acts as a fuel reservoir, as the hydrogen can later be burnt or converted to release the stored energy when required. However, while hydrogen is now being used directly as a fuel by hydrogen-powered cars, it is not an ideal solar fuel. For practical purposes, the hydrogen needs to be highly pressurised and is difficult to store safely owing to its flammability.

This is why Professor Heagy is interested in using photochemical processes to create other kinds of solar fuels, including finding ways to efficiently produce formate, the negatively charged version of the simplest carboxylic acid, formic acid. Producing formate and other liquid fuels not only is advantageous in terms of their superior energy density, but they can also be used as chemical feedstocks. Part of our global reliance on fossil fuels is not just using them as a source of energy, but also as chemical feedstocks for the manufacture of plastics and other chemicals. The idea of using methanol and dimethyl ether as alternatives for fossil fuels, for both energy and chemical synthesis, has been championed by the Chemistry Nobel laureate George Olah, who was a strong advocate for encouraging the development of this ‘methanol economy’.

Making materials
Professor Heagy’s research focuses on designing photocatalysts and novel nanomaterials with specially designed structures for the reduction of bicarbonate to solar fuels. Bicarbonate exists in equilibrium with dissolved CO2 and is the predominant species at neutral pH. While plants have specific cellular and chemical architectures adapted for all the stages of the photosynthetic cycle, in the laboratory, driving the same processes requires the use of photocatalysts. Photocatalysts work by capturing the chemical reactants on their surface. Then, when they are illuminated, the photocatalyst helps to change the charge distribution of electrons between itself and the reacting molecules. This process results in significant acceleration of the rate of chemical reactions such as the reduction of carbon dioxide.

One photocatalyst that Professor Heagy has been investigating for solar fuel production is iron oxide. In his team’s work on iron oxide nanostructures, they found that the photocatalytic activity for reducing bicarbonate to formate is strongly dependent on the shape and structure of the material. By using arrangements for the iron and oxygen atoms that gave the largest surface area for the bicarbonate to interact with, they could significantly increase the productivity of the catalysts for the production of formate. Iron oxide is also an appealing choice of material for this type of application as it is non-toxic and low-cost.

The new economy
Iron oxide is not the only material that looks like a promising candidate for photoreducing carbon dioxide to formic acid. Professor Heagy’s group has also been investigating zinc sulfide structures and copper oxides to see whether these would be more appealing photocatalysts for the production of formate and how the mechanism of the reaction differs, or is influenced by the shape of the particles, not just by changes in the surface area. His work on zinc oxides has shown that exotic nanostructures, such as nanorods, nanobelts and nanoflowers, seem to be better catalysts than just having amorphous, unstructured nanoparticles.

While Professor Heagy’s group are developing new ways of controlling the miniature architectures of nanoparticles, a lot of their research involves really trying to understand why and how the different earth-abundant photocatalysts work for these reduction reactions. Investigating how and where the dissolved carbon dioxide molecules bind to the surface will help to drive more intelligent, targeted design of nanoparticle structures. Alongside this, they are also investigating whether changing the solvent environment for the photocatalysis also has an impact on the yield and rates of reaction. This is important for such photocatalytic reactions as one of the goals is not just to have a practical, inexpensive reaction that is only driven by light, but to ensure all the reagents are non-toxic and as environmentally friendly as possible.

Investigating how and where the carbon dioxide molecules bind to the surface will help to drive intelligent design of photocatalysts.

While the reduction of carbon dioxide to organic compounds using metal oxides was first reported in 1979, it has become a very hot area of research recently. With the work of Professor Heagy and others improving our fundamental understanding of how some of the photocatalysts involved work and designing more efficient, effective materials that can be used for such processes, we are one step closer to realising the methanol economy.

What are the remaining impediments to implementing the methanol economy?
Carbon dioxide capture remains a significant science and engineering challenge. While CO2 exists at high concentrations from sources such as fossil fuel power plants and often accompanies methane at oil-drilling operations, automobile exhaust, and other diluted sources are difficult to capture. Given the hydrophilic nature of methanol, if no inhibitors are used, it can be corrosive to certain metals such as aluminium and zinc. Existing pipelines designed for petroleum products cannot handle methanol. Until new pipeline infrastructure can be built, or existing pipelines are retrofitted for methanol transport, methanol requires shipment at higher energy cost in trucks and trains.

The power of light: Production of solar fuels was last modified: May 22nd, 2019 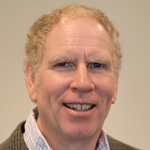 Michael D. Heagy received an AB degree in Chemistry from Franklin & Marshall College, Lancaster, Pennsylvania and PhD under the direction of Nobel Laureate George A. Olah at the University of Southern California, Los Angeles. At the Massachusetts Institute of Technology, he conducted postdoctoral research with Prof Julius Rebek, Jr.