Education & Training
According to the US Census, one-fifth of the American population speaks English as a Second Language (ESL) and speaks another language at home. Professor Lee Gunderson of the University of British Columbia in Canada investigates the negative consequences for people labelled as ESL or English Language Learner (ELL) in the United States. Having first raised these concerns more than 20 years ago, he finds that such labels are still problematic for teaching, learning, policy, and research.

We know from sociological studies of diversity and inclusion that labels can be problematic. Not only do they hide the person behind the acronym and lead to assumptions that all members of a group are identical, labelling minority groups in relation to majority populations can have serious social and political impacts. Categories can also be hard to define and lead researchers and policymakers to make inaccurate and dangerous generalisations and conclusions.

Lee Gunderson of the University of British Columbia in Canada has more than 50 years’ experience of research into second language teaching, ESL literacy, language acquisition, and teacher education. Some 20 years ago he raised concerns about the consequences of categorising English Language Learners in the United States’ education system, and here takes a closer look at how categorial acronyms in English-language teaching continue to misrepresent diversity and are often misrepresentative in research. He also looks at what American history reveals about immigration, first languages, bilingual education and their influence on public attitudes and beliefs. 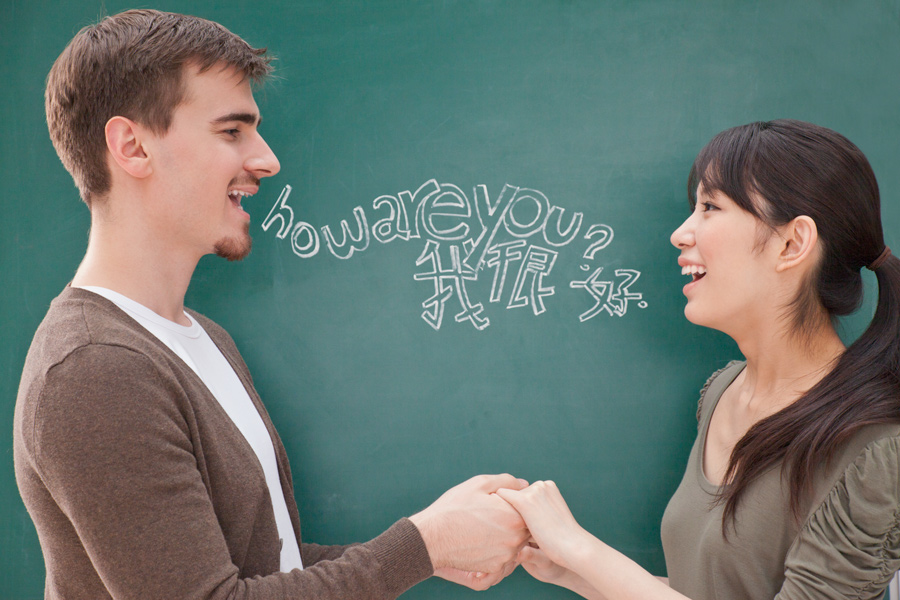 Misrepresenting diversity
Professor Gunderson terms the categories given to English-language learning as ‘deficit labels’ that have serious negative consequences, not least because unidimensional classifications imply that groups are homogeneous.

Learners differ in various ways. These include differences in first language, age and gender, socioeconomic status, family structure and cultural background, as well as in child-rearing practices, schooling and educational expectations. In addition, learners may have different norms of verbal and non-verbal communication, different ways of perceiving, and different ways of showing emotion. The variables are numerous and each can affect an individual’s language-learning.

The differences between categories used to describe English Language Learners can also be marginalising. For example, children can be assessed for language proficiency in kindergarten and placed in different categories of English language ability – different classes even – despite scoring just a few points less in assessment tests. ESL students with extensive knowledge and achievements in academic subjects are excluded from related courses based on their English.

ESL, ELL, and other labels seriously misrepresent the diversity of the human beings within them.

Different educational jurisdictions may also set different parameters to define categories.
Professor Gunderson finds that dedicated, sheltered English Language Learner classes can also be ‘stigmatised spaces’. Not only do some teachers think of ELL students as lacking in intelligence, they also blame them for lowering a school’s overall performance rates. Twenty years ago Professor Gunderson found evidence of what he called aggressive and deep-seated English-only attitudes. Today he finds that ELL students are still seen as both victims of, and responsible for, poor performance in schools. More widely he finds that people in the US continue to have negative perceptions about individuals who speak languages other than English, both native-born and immigrants.

History and attitudes
While these views pervade in the United States today, this was not always the case. The country has a complex history of different attitudes to immigration, instruction and language. Many languages were spoken before the arrival of European colonists, who brought with them a variety of new languages, including German, French, English, and Spanish. In the 19th century, some states even legislated for bilingual instruction in schools; for example, in addition to English, Louisiana authorised teaching in French, New Mexico authorised teaching in Spanish, and Ohio authorised teaching in German.

Attitudes began to change when industrialisation led to urban expansion and teachers found it increasingly difficult to teach large classes of children who spoke different first languages and came from different cultural backgrounds. Federal laws were passed which specifically banned certain categories of immigrants; for example, Chinese labourers were excluded in 1882 and people from Asia in 1923. The 1906 Naturalisation Act also required immigrants to speak English if they wanted to become American citizens.

Public attitudes to immigration changed alongside legislation, with some developing anti-immigrant views. These views were entrenched by the development of IQ tests, based on questionable science, as Gunderson puts it, that measured intelligence, in part, by knowledge of English. Those with low scores were called morons, imbeciles, and idiots.

Despite new calls for bilingual education in the 1960s, particularly following the arrival of Spanish-speaking students from Cuba, English-only education has largely prevailed in America since the 1920s. Professor Gunderson quotes Miriam ‘Ma’ Ferguson, the first woman governor of Texas, who is reported to have said: ‘If English was good enough for Jesus Christ, it’s good enough for the children of Texas.’

Research approaches
Political and academic attitudes are also divided over ESL research, including topics such as the best way to teach reading. A report by the National Literacy Panel, established in America in 2002 to review research comparing bi-lingual and English-only programmes, was not published by the US Department of Education because of concerns about its technical accuracy. A $4.35 billion ‘Race to the Top’ fund was also established in the United States in 2009 to spur and reward innovation and reforms in state and district schools. However, most agree that it did not succeed in raising ELL achievement levels.

Professor Gunderson argues that politicians and education authorities have failed to understand the lack of diversity in categories employed by researchers and policymakers to identify immigrant students and those who have languages other than English as their home language. He believes researchers fail to acknowledge the diversity of English Language Learners’ experience and too often compare them with mainstream students who speak English as their first language.

Gunderson also points out the Catch-22 problem with categorisation. ESL students score lower than their English-speaking classmates because by definition their scores are constrained and if they score above the upper boundary, they are no longer ESL. So ESL achievement is limited by the very definition of ESL as a category.

Politicians and education authorities have failed to understand the lack of diversity in categories employed by researchers and policymakers to identify immigrant students.

Disaggregation and myths
It is vital to understand the variables behind labels and to disaggregate research results to reveal the underlying differences behind categories. This is validated by Gunderson’s research into Chinese learners of English in British Colombia in Canada. He found that, disaggregating immigrants by ethnolinguistic group revealed differences in achievement that, by chance, were related to socio-economic status. Mandarin speakers, for instance, achieve at higher levels than Cantonese speakers in British Colombia high schools because their languages are proxies for their families’ socioeconomic status.

Professor Gunderson’s Canadian ELL research provides numerous examples of the negative consequences of English Learner as a category in research, including how much variance there is between students in the same learning category. For example, Mandarin-speaking girls received significantly higher grades and were more likely to be eligible for university entrance than Cantonese-speaking boys. In addition Mandarin speakers from Taiwan received higher grades than both Cantonese speakers from Hong Kong and Mandarin speakers from China.

The study found other evidence of problems within unidimensional categories of learners, particularly with regard to the stereotypical view of Asian students as not struggling academically – the ‘myth of the model minority’. Professor Gunderson explains that such categorisations are based on the academic achievement of a limited number of individuals and are not representative of the group as a whole.

Sharing learning to improve outcomes
What this work demonstrates is that the negative view of ESL students as being responsible for their own and others’ poor achievement is neither reliable nor valid. ESL, ELL, and other labels seriously misrepresent the diversity of the human beings within them, and Gunderson urges caution in their interpretation.

How can the implications of these deficit labels be overcome? One approach Gunderson recommends is that teachers continue to pay close attention to the antecedents and consequences of labelling English Language Learners in their own schools and to explore students’ cultural and academic backgrounds and use that knowledge in their teaching. Crucially too, they must share their experience of teaching English as a Second Language. Wonderful school-based ESL programmes do exist says Gunderson; they are developed on teachers’ expertise and experience, and they have the potential to transform ESL teaching and learning. 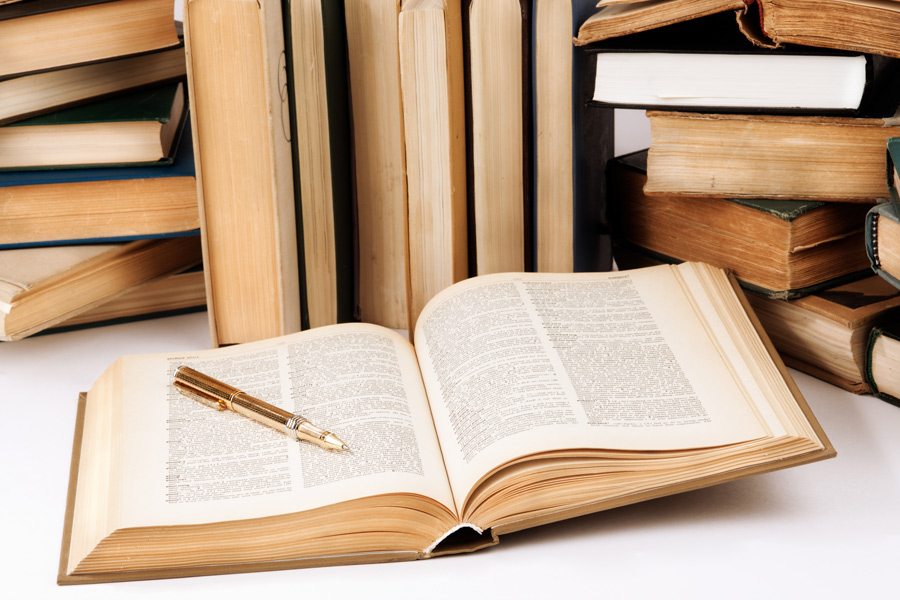 You have found that concerns you raised 20 years ago are still a feature of ESL education in the United States. Did your research identify any positive developments in the same period, and if so, what are they?

<>
The motivation to find the approach to ESL teaching and learning continues to fail to find a one-size-fits-all solution. It is simply a failed approach designed on the view that ELL represents all learners in the category. I have observed successful approaches such as theatre-based instruction in California, self-authored books in New York, integrated ESL/Content instruction in Washington, bilingual buddies in Idaho, ESL supported academic instruction in British Columbia, student developed media programmes in Ontario; all based on the needs and backgrounds of specific local ELL students. Local knowledge and teacher expertise are the key elements to success.

The dangers of labels: English as a Second Language was last modified: September 23rd, 2021

Gunderson, L (2020). The Consequences of English Learner as a Category in Teaching, Learning, and Research. Journal of Adolescent and Adult Literacy, Vol 64(4), pp 431–439. https://doi.org/10.1002/jaal.1116 https://languagesciences.ubc.ca/people/faculty/lee-gunderson https://lled.educ.ubc.ca/profiles/lee-gunderson/ 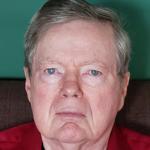 Lee Gunderson (PhD, Berkeley) is a Professor in the Department of Language and Literacy Education at the University of British Columbia where he teaches undergraduate and graduate courses in research methodology, ESL literacy theory and practice, and teacher education. He has recently been elected into the Reading Hall of Fame.