Arts & Humanities
Induction is typically understood as a process of deriving principles or laws from particular or individual instances. The Empiricist David Hume argued that such generalisations about the world cannot be justified using deduction (a logic-based method of reasoning), and that induction is in fact worthless, circular reasoning. However, Professor Uwe Saint-Mont of Nordhausen University of Applied Sciences in Germany argues that Hume’s notion of circularity may not be ‘circular’ at all. Rather, it is an example of a hierarchical structure of situations that build atop one another and create the logical propositions that form our understanding of the world.

Inductive reasoning is traditionally understood as the derivation of laws or principles of the world from particular, individual occurring scenarios. In other words, it is the process of turning the part into the whole; the particular into the general. Whereas deductive reasoning relies on valid premises giving way to a conclusion that is necessarily true; induction lays its structures on considerably shakier epistemic ground, seeing as it is only general conclusions that are drawn from an individual scenario. With induction, what is true for one provides good enough reason for it to be true for another.

Hume’s problem
There are several problems with induction and its role, particularly in philosophy. One such problem is that there is no way to necessarily prove the move from the specific to the general as each new scenario that the inductive generalisation attempts to explain, at once introduces its own unique set of premises. As Popper writes in Objective Knowledge, “there is no way with necessity from any facts to any laws.” The British Empiricist David Hume argued that induction is merely worthless, circular reasoning. Marcel Gauch reiterates that “a verdict cannot be reached inductively. Any appeal to the past successes of inductive logic […], is but worthless circular reasoning when applied to induction’s future fortunes.” Professor Uwe Saint-Mont of Nordhausen University argues that rather than being circular, such a method is more akin to a spiral; a hierarchal structure on which countless specific scenarios and their subsequent conclusions are built upon, and on which our beliefs are formed. 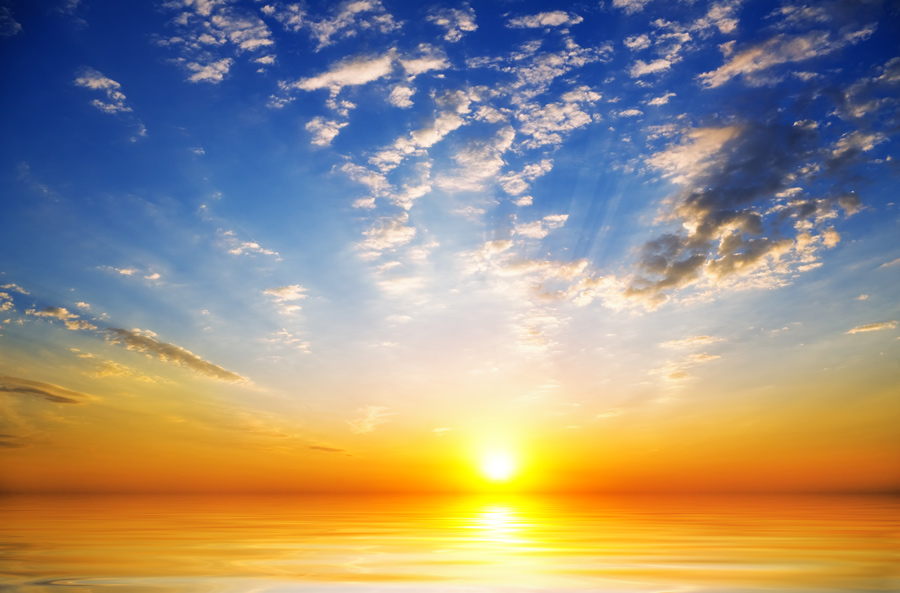 There is no doubt that Hume’s treatment of induction creates great difficulties for philosophy and the sciences. It has been dubbed by one analytic philosopher, ‘the mother of all problems.’ To understand Hume’s problem, consider this simple two step treatment. Firstly, Hume argues that inductive steps of reasoning (or generalisations) cannot be justified by using deduction because a valid deductive argument always runs from the more general to the less general (we see above that induction performs precisely the opposite function). Secondly, Hume argues that inductive steps cannot be justified using inductive reasoning itself because this would be mere worthless circularity. Seeing as it is the very nature of induction that is under interrogation, using induction to attempt to solve the problem would be pointless. Hume therefore concludes that there is no rational justification for induction of any kind. The glaring consequence of this, if he is right, is that there is no rational justification for science itself, seeing as science uses such inductive generalisations to form the basis of its theses.

The glaring consequence of this, if Hume is right, is that there is no rational justification for science itself.

Not circle, but spiral
Recently, Gerhard Schurz attempted to solve the problem through ‘meta-induction,’ a somewhat pragmatic process whereby, when faced with a situation in which induction works, then following those who have previously been successful is a good strategy. In a situation where induction does not work, then it still does not hurt to follow those who seem to have been successful. On the face of it, this helps to alleviate the issues caused by Hume’s argument; the meta-rule of following those who seem to be successful never hurts. However, this only momentarily moves the issue to one side. While it may be useful to do what has been successful in the past, this solution does not address Hume’s original charge of circularity, nor does it address Hume’s claim that induction never works. Schurz merely moves the issue to the ‘meta’ realm, rather than dealing with the problem itself.

Professor Saint-Mont tackles the problem of inductive circularity head on. He says that using arguments such as “Induction has worked in the past. Isn’t that good reason to trust induction in the future?” do indeed have an air of circularity to them. What’s more, is that they also seem to be begging the question; ie, the argument’s premises are assuming the conclusion rather than proving it. Take for instance the example of believing that the sun will rise tomorrow seeing as it has done so in the past. This is begging the question, since the conclusion that the sun will rise again is already contained in large measure in the fact that it has risen so far. Deductive methods are also not able to prove that the sun will rise tomorrow. That it has risen thus far does not logically entail that it will rise tomorrow. Nevertheless, the belief may be well founded. 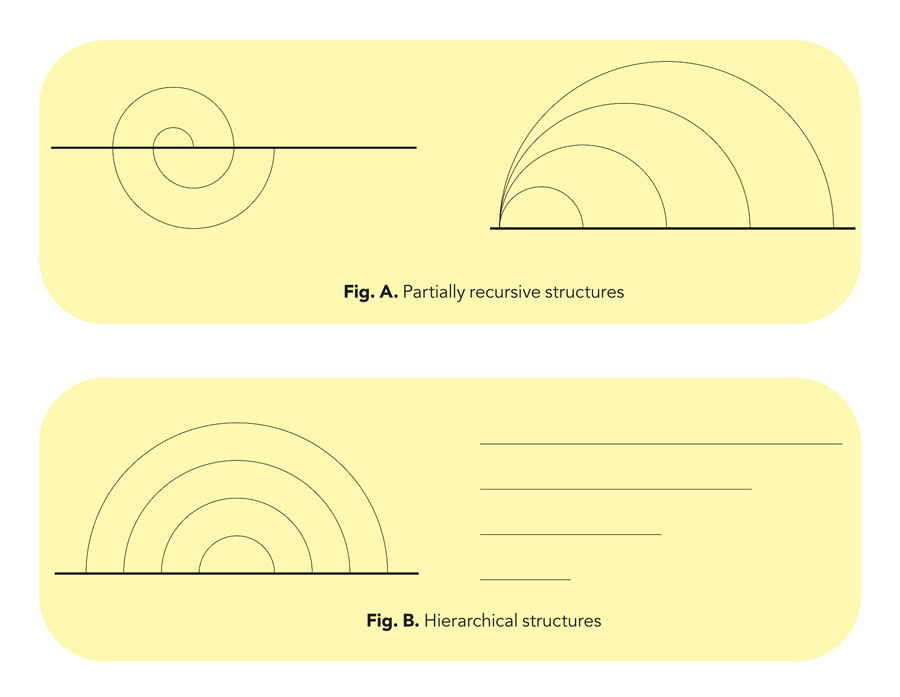 Professor Saint-Mont argues that inductive arguments are not completely circular as Hume claims they are. Rather, they are in fact more akin to a spiral; a hierarchical structure on which multiple propositions and conclusions are drawn (as illustrated in Figures A and B). Say for instance that the sun has risen n times until last Sunday, and that its rising until a particular day is represented by +1 for Monday, +2 for Tuesday, and so on up to next Sunday. By the end of the week we will have written n+1, n+2, n+3, and so on up to n+7. When this is drawn as a graph, we see lines drawn from n to a different number (ie, +1, +2, etc.) each time to indicate that the sun has indeed risen each day. The key thing here is that each and every time a new line is drawn, that line represents a particular individual instance in which the proposition that the sun has indeed risen is true. It is this that forms the hierarchical structure on which we can have more confidence in basing our beliefs. Inductive reasoning then, need neither be circular, nor merely tautological. It is in fact a spiral, a set of instances in which the proposition “the sun rose today” is true, not once, but many times.

Real world generalisations
The question that arises out of this line of reasoning is, why do such generalisations typically work so well in the real world? It is evident that we more often than not correctly predict future occurrences, ie, that the sun will rise tomorrow as it has done so today, but why? Professor Saint-Mont argues that these generalisations work because our predictions are governed by latent mechanisms in the phenomena that we observe and once we uncover those mechanisms, we can make more accurate predictions about such worldly phenomena. What is also at play here is a sense of permanence; a given structure to our reality. Again, we can (and do) use this structure to aid our predictions about the world. Our very existence in the world implies a well-ordered universe (seeing as if there were not such order, then we most certainly would not exist, let alone be able to observe the world), and thus, at least in this instance, induction is very much a working, useful line of reasoning. 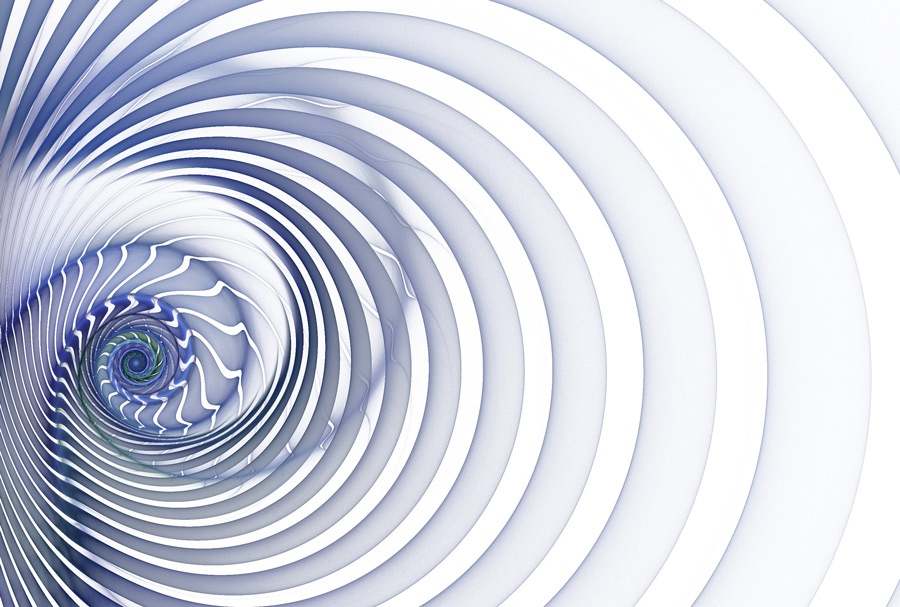 Do you think that this line of reasoning could/should affect our socio-political views of the world (in the sense that what has been true for one may not necessarily be true for another)?

<>
That’s a kind of relativism. If there is no common truth (= ground), things get much more complicated. For instance, we might not even agree on the fact that the sun has risen. This and many other kinds of post-modern or even post-scientific scepticism seem to be quite typical for the times we are living in.

Dear Mr Hume, your circle might actually be a spiral was last modified: September 15th, 2021 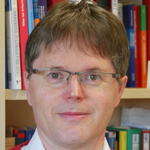 Uwe Saint‑Mont studied psychology, mathematics, and computer science at the universities of Trier, Erlangen and Dusseldorf, where he received his PhD in mathematics in 1996. Since 2004, he has been a professor at Nordhausen University of Applied Sciences. His research interests focus on statistical methodology and the philosophy of science.

Saint-Mont U. (2021). Dear Mr Hume, your circle might actually be a spiral. Research Outreach. Available at: https://researchoutreach.org/articles/dear-mr-hume-your-circle-might-actually-be-a-spiral/ (Accessed YYYY/MM/DD)