Arts & Humanities
The image of an adolescent growing up and making sense of the world is a familiar icon in many cultures around the world. Yuki Namiki from Tokyo Kasei University in Japan looks at how two 21st century American novels use the trope in line with literary tradition but also depart from it to explore family relationships in contemporary society. Both novels narrate the story of an adolescent boy who is at the same time innocent and mature – a “knowing child” – who embarks on a quest to find a lost father.

Literary critics generally agree that universal human experience can be reduced to, and described in, a limited number of archetypal plots. From “rags to riches” to “the quest” and “the journey”, distinct narrative arcs reappear in the stories told in poems, novels, films, television dramas, video-games and comic strips around the world.

A particular cultural icon is the theme of the adolescent, usually male, who sets out from the countryside to seek his fortune in the city. After a series of often negative experiences, he arrives at a state of self-realisation and reconciliation with the situation from which he was originally trying to escape. He returns home, having emerged from his experience as a grown man. 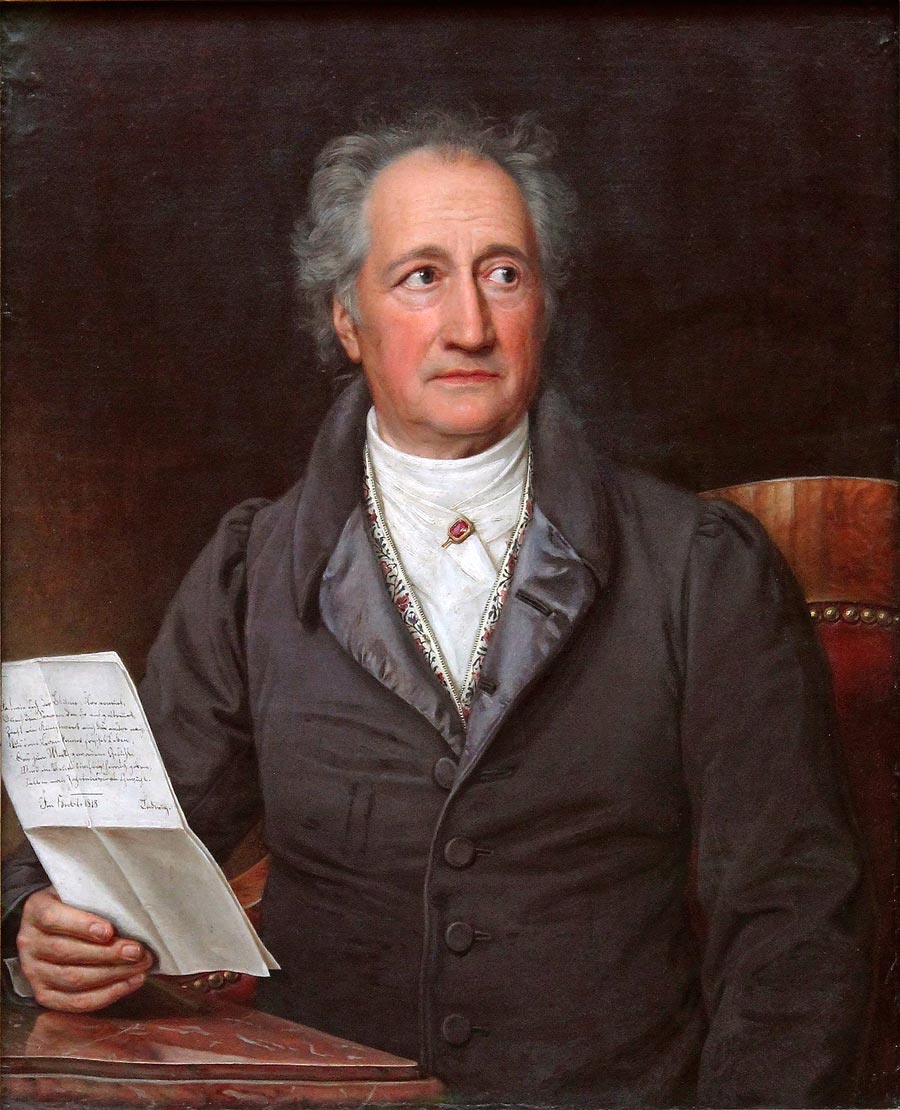 Though the storyline has featured in literature since classical times, literary critics cite the importance for its development of the German Romantic writer Goethe’s Wilhelm Meister’s Apprenticeship. Written at the end of the 18th century, the work is generally recognised as the prototype “Bildungsroman” or “education novel”.

More closely defined than the “coming of age” story, an important feature of the Bildungsroman theme in 19th century Europe is the time-setting: the hero’s journey of self-discovery takes place in a wider national context, for example Germany’s political trajectory towards unification. The change in the hero’s inner world therefore parallels external change in his homeland.

Bildungsroman influence
The influence of the Bildungsroman spread across Europe to America and the rest of the world, and continues to be traced by literary critics to this day. Yuki Namiki from Tokyo Kasei University in Japan specialises in Contemporary American Literature. In a recent paper, she examines two contemporary novels which feature prepubescent boys rediscovering their families: Helen Dewitt’s The Last Samurai (2000), and Jonathan Safran Foer’s Extremely Loud and Incredibly Close (2007).

A particular cultural icon is the theme of the adolescent
who sets out from the countryside to seek his fortune
in the city.

Dr Namiki’s paper also adds to the growing body of literary criticism which considers how the concept of family is understood in modern life and how it is portrayed in contemporary fiction. Far from the post-World War II ideal of the nuclear family, the modern ‘metafamily’ comprises various models as the notion of what it means to be part of a family has been reconfigured by different groups of people, for example same-sex couples, groups of homeless people, and people of different ethnic and religious backgrounds.

Dr Namiki argues that The Last Samurai and Extremely Loud and Incredibly Close should be regarded as important American Bildungsromane and that they “portray aspects of the ‘metafamily’ of the mother and child”. She explains: “As both stories position the family at the centre of emotion while focusing on the boy-hero’s quest, examining their similarities and differences can serve as an important starting point in discussing family figures in contemporary American literature.”

The Last Samurai
Set in London, The Last Samurai describes the relationship between an isolated and troubled single mother, Sibylla, and her exceptionally gifted child, Ludo. The story unfolds through seemingly random anecdotes narrated by the American Sibylla and later by Ludo, who was conceived after a one-night stand with a man who is unaware of Ludo’s existence.

To provide positive male role models, Sibylla shows Ludo reruns of the Japanese warlord film The Seven Samurai. She also introduces him to classical literature, including the Homeric epic The Odyssey. The film provides Ludo with different concepts of what it means to be male and the epic poem inspires his own quest to track down his biological father.

Ludo finds his father but does not tell him he is his son, because Ludo regards him as unworthy. As a result, Ludo sets out to find seven other candidates for a father figure, each of whom he judges by their qualities rather than their genes. He finally chooses Yamamoto, who recognises what Ludo is seeking and agrees, as Dr Namiki explains, “to fill the void in his family”. 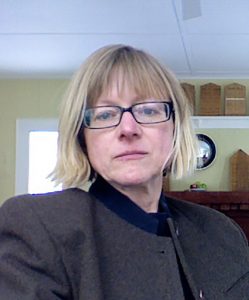 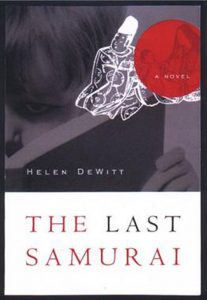 Helen Dewitt’s The Last Samurai follows a single mother and her son Ludo, who tries to find his father.

Unable to make sense of his father’s loss, Oskar struggles with the void that has also been created in his world. By chance he discovers a key that may have belonged to his father and embarks on a quest that leads him to understand more about his father’s sudden departure from the family.

Various clues present themselves in the form of encounters Oskar has with different people. Each helps him to piece fragments of information and emotion together to form a pattern. This helps Oskar accept his loss and realise that the pattern remains, like his father’s and his own lives, even though it can only be seen from a distance. Oskar also learns that his mother set the trail for him to help him come to terms with his father’s death. As Dr Namiki explains, the mother “restores Oskar to the position of the child he actually is”. 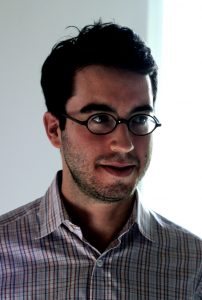 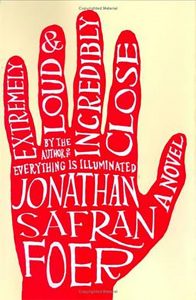 Knowing child
The Last Samurai and Extremely Loud and Incredibly Close differ from the traditional Bildungsroman norm in that their young heroes are no longer “innocents”. Instead, Dr Namiki locates both Ludo and Oskar in the tradition of the “knowing child”. The concept was coined in 1998 by Anne Higonnet, an art historian who studies the depiction of children in visual culture. Dr Namiki explains: “Marking a departure from the romantic idea of the ‘innocent child’, the term illustrates the presence of children ‘with body’, as subjects that actively trespass on, and are agents of change in the adult realm.”

Set in our troubled, contemporary times, both novels tell how Ludo and Oskar try to make sense of their environment and find father figures. Both also rely on narratives from fictional or real people to guide their feelings and help them in their quest – what literary critics refer to as “sentiment analysis” or finding “emotion in text”.

Both stories position the family at the centre of emotion while focusing on the boy-hero’s quest.

Dr Namiki argues: “Equipped with the keen mind, yet innocence and powerlessness of children, they are thrown into a world lacking a reliable foundation in both a broader social sense and in the characters’ personal environment. Given this void, the knowing child needs to construct a new relationship with the world.”

In addition, Dr Namiki locates Ludo and Oskar’s stories within an older literary trope – that of the “American Adam”. The concept was developed by the literary critic R.W.B. Lewis in the 1950s to describe young heroes, who, like the Biblical Adam – and America itself – grow up unburdened by a past and have to fashion their own identity as they discover the world and make sense of their place within it.

Redefining motherhood
It is not just the heroes in The Last Samurai and Extremely Loud and Incredibly Close who differ from the Bildungsroman norm. While mothers in the genre are historically shadowy figures who stay in the background, Dr Namiki argues that the mothers in these 21st century interpretations have significant new roles.

One of the qualities that lead Ludo to choose Yamamoto as his father figure is Yamamoto’s understanding of the strong emotional bond Ludo has with Sibylla. In some ways, Ludo is her guardian as he comes to recognise that her constant rerunning of the film of The Seven Samurai is a means of escape from her own difficult life.

In addition, it is Oskar’s mother who masterminds his quest to find his father and ultimately restores balance to their newly shaped family unit. She does this by helping him to see the bigger picture as well as the emotional detail that, as Dr Namiki explains, is “too loud and too close for his sensibilities”.

Family reconfigured
Dr Namiki argues that the family unit in contemporary America is redefined in The Last Samurai and Extremely Loud and Incredibly Close. Both are city novels which depict fragmented lives in anxious times and both offer a “child-centric vision of family and childhood” as their heroes “project their inner worlds onto the outer world”.

By exploring “possible forms of family” and positioning such exploration as an essential part of the heroes’ quests to find lost fathers, the novels explore “new familial modes in their relations with the maternal”. Dr Namiki concludes: “The family is reconfigured as an asylum for the mother-child relationship, with fatherhood being recognised as an empty space.” 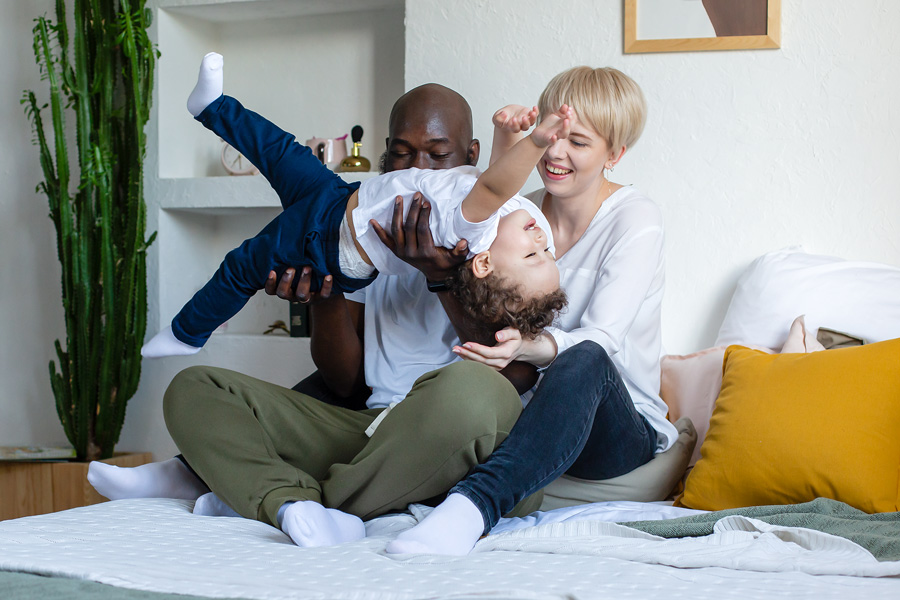 What inspired you to conduct this research? <>
In the time of uncertainty, it seems that more and more people seek refuge in the family as a reliable social unit. The family can be a refuge from outside world, so to say, but at the same time it can be a source of tilted power balance among its members, especially between mother and children. I found this phenomenon very interesting from a feminist point of view and tried to tackle the issue from a cultural representation angle. 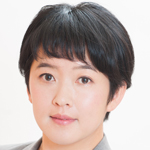 Yuki Namiki (PhD English, City University of New York) is Associate Professor of English at Tokyo Kasei University, Tokyo, Japan. Her main field of research is Contemporary American Literature, with a specific focus on representation of family at the time of crisis. Native of Tokyo, her research interest also includes catastrophe and its representation and Japanese contemporary culture.

Dr Namiki examines two 21st century American Bildungsromane, both featuring prepubescent boys rediscovering their families, and their mothers in particular. One is Helen Dewitt’s The Last Samurai (2000), and the other is Jonathan Safran Foer’s Extremely Loud and Incredibly Close (2007).

This work was supported by the JSPS KAKENHI under Grant Number 15K16703.