Arts & Humanities
Modern societies have largely been able to grow and develop due to fossil fuels and monetary systems. However, with more aging populations around the world, questions are starting to be asked about the sustainability of this paradigm. Professor Kozo Torasan Mayumi of the Kyoto College of Graduate Studies for Informatics in Japan reassesses the double-edged nature of fossil fuels and money.

In modern society, sustainability is a topic often linked to climate change. The well-known damage of global warming has intensified the debate around the use of non-renewable energy sources such as fossil fuels. However, the sustainability issues at stake aren’t restricted to ecological damage. In his book “Sustainable Energy and Economics in an Aging Population – Lessons from Japan”, Kozo Torasan Mayumi, Professor at the Kyoto College of Graduate Studies for Informatics, identified the potentially damaging nature of fossil fuels and their role in the modern economy. Looking to his native Japan, Prof Mayumi argues this country is a prime example of the challenges aging populations around the world face due to fossil fuels and contemporary monetary systems.

Simply put, fossil fuels and monetary systems have afforded modern society a very comfortable way of living. If you’re cold, you can turn on the heating and a fossil fuel powered infrastructure will quickly heat your home. Hungry? Simply grab your wallet and go to a local shop or café. However, once we take a step back and look at both the finite nature of fossil fuels and the increasingly infinite characteristics of money, then long-term problems around sustainability become apparent.

Shifts in population patterns
When Prof Mayumi looks to his native Japan, it’s arguable that this country – although advanced and well-developed – is facing four very serious predicaments as a result of its reliance on fossil fuels and money. This is because, while fossil fuels have allowed for fantastic developments, they have also caused big shifts in family dynamics and population patterns. Simple things like driving to work, automation and better living conditions have caused people to have children later in life or simply prioritise careers over traditional nuclear family ambitions. In addition, societal changes have contributed to this over the years, resulting in four key predicaments.

Firstly, Japan now has a shrinking population size with an inverted population pyramid: from 1980 to 2010, the number of newborn babies decreased by 32%. Several factors come into play here, but one significant change is the rise of fossil fuels which has led to mechanisation and therefore less physically intensive workplaces, meaning that people live longer and healthier lives. And, with people able to properly store food, heat their homes and live with all the other relative luxuries provided by such bountiful energy, over time this has created significant population shifts.

Secondly, this in turn has had serious impacts on the amounts of labour available for various workforces which poses long-term productivity and stability challenges within three of Japan’s most important sectors – agriculture, forestry, and fishery. Thirdly, there is a budget deficit and increasing debt. This is because of the falls in tax revenue from a shrinking population, with the Japanese government issuing national bonds to supplement this – as of 2015, this was estimated to be an outstanding debt of 902 trillion yen, or 8,44 trillion US-dollar. And fourth and finally, this all poses an imminent collapse of the country’s social security systems. When we add all these factors together, it creates a basic mismatch of revenue, productivity and expenditure for the Japanese state.

Money defies the laws of thermodynamics in that it can be created out of nothing… But who will repay this debt?

Implications for the economy
Prof Mayumi isn’t the only academic to have looked at the sustainability of aging populations. Several decades ago, Nicholas Georgescu-Roegen found that conventional economics were ignoring three crucial predicaments. These are the challenges posed by humans’ addiction to energy and minerals as they provide unprecedented comfort, social class struggles resulting from skewed access to goods, services and wealth, and the overall conflicts between nations when it comes to who has the most fossil fuels and resources. Unfortunately, the double-edged nature of energy and money isn’t confined to Japan.

Essentially, the modern high material standard of living currently enjoyed by society is supported by the large-scale consumption of fossil fuels. This has meant shorter labour hours and longer lifespans, which though positive have very real implications for economies and societies as a whole. This is then reflected in shifting employment patterns, with an increase in secondary and tertiary industries with primary sectors suffering. As developed as a society may become, there will still be a need for agricultural workers, maintenance staff, raw material extractors, engineers and so forth. Going back to Japan, the number of primary workers in the Japanese economy in 1952 made up 46% of the country’s entire workforce. Fast forward to 2010 and this was just 4%.

A biophysical debt
At the same time, monetary systems have played a significant role. It’s important to point out that money defies both the first and second laws of thermodynamics in that it can be created out of nothing and grow at a positive rate of interest. In effect, a perpetual motion machine is created. Money is made, spent, reinvested and then debt is issued. But who will repay this debt? Bluntly put, an aging population is predominantly comprised of retired workers who are not contributing to national productivity. In many ways, money must therefore be regarded as a biophysical debt from a communal perspective.

Here, it must be remembered that the most important principle of commerce is that a person – or nation – is only solvent if there are immediately available credits at least equal to the amount of their debts due and presented for payments. If the debts exceed the available credits, then this equilibrium is lost. There have been many critics of modern monetary policy over the years with some economists divided on the real long-term impacts of this. Whatever the reality, with such huge amounts of money and debt being created, and a limited workforce to pay this back, it’s easy to see how the scales start to tip.

The well-established paradigm of fossil fuels and money means
we – as a society – are more inclined to avoid these
inconvenient truths.

So, faced with such sustainability challenges what can modern society do? To get an idea of a potential way forward, we could look to Prof Mario Giampietro of the Autonomous University of Barcelona and colleague of Prof Mayumi. He has done a lot of work analysing the productivity and wastefulness of various energy sources. In particular, Giampietro has looked at both fossil fuel as well as nuclear and photovoltaic or PV systems (solar power to a layperson). His research confirmed much of what activists have long claimed, that as an energy source, PV systems require significantly less input of resources to produce electricity than compared to nuclear energy and coal.

These findings are not necessarily confined to the academic world and it is increasingly regarded that renewable energy sources require greater attention. But there is arguably a problem, and this is quite simply that due to the well-established paradigm of fossil fuels and money we – as a society – are more inclined to avoid these inconvenient truths (to borrow the title of Al Gore’s ground-breaking 2006 documentary).

Taking the red pill
In the 1999 film The Matrix, the protagonist is asked whether or not he is willing to take the ‘red pill’ which is capable of showing him the painful yet true path to reality. The alternative is the ‘blue pill’ that allows him to remain immersed in blissful ignorance. Since then, the ‘red pill’ concept has come to symbolise the possibility of receiving a fresh view of something that was previously perceived as doctrine.

Based on the evidence Giampietro has provided around the credibility of non-renewable energy sources, Prof Mayumi concludes in his book that because the biophysical, socioeconomic, technological and ecological factors associated with sustainable energy policy are so deeply connected with each other, it’s simply impossible to put these factors into conventional disciplinary fields. Therefore, faced with the very real risks created by aging populations, a new approach – no matter how inconvenient or initially difficult to swallow – is absolutely necessary in order to tackle sustainable energy policy and contemporary monetary systems. Taking into context the painful but potentially very necessary need for energy and monetary reform for modern society, perhaps modern society needs to take a red pill in relation to its views on fossil fuels and money.

Aside from Japan, which other countries would you argue merit the above arguments? For instance, where in Western Europe are these four predicaments being faced?

<> While Japan is an exemplar of the four bioeconomic predicaments, many advanced Western nations (including Italy and the UK) are actually in the same situation due to the double-edged nature of the superiority of fossil fuels and monetary systems. In this way, both the biophysical debt and the monetary debt are disproportionately accumulating in the aging population, resulting in a more unsustainable situation.

Why we need to reassess the sustainability of aging populations was last modified: September 2nd, 2020 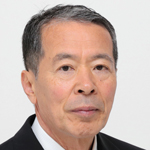 Kozo Torasan Mayumi is a Professor at the Kyoto College of Graduate Studies for Informatics. After 30 years’ involvement in energy analysis and bioeconomics, Mayumi, the last student of Georgescu-Roegen, is now working on the crucial role of both energy and money in relation to the sustainability of aging populations.

Prof Mayumi studies the double-edged nature of fossil fuels and money and its predicaments for bioeconomics.

Mayumi, K.T. (2020). Why we need to reassess the sustainability of aging populations. Research OUTREACH, 116. Available at: https://researchoutreach.org/articles/why-reassess-sustainability-aging-populations/ (Accessed YYYY/MM/DD)

Soil and groundwater contamination: An old and new issue needs to be solved
Earth & Environment
Read This Article
Unpacking primary biliary cholangitis and its burden in Japan
Health & Medicine
Read This Article