Biology
As the world’s population continues to grow, new ways to ensure the future food supply are needed. Many crops undergo genetic transformation – a process where new genes are introduced into a plant cell, which are then grown into a mature plant. One way to hasten crop improvement is to optimise the transformation process. With this aim, Uyen Cao Chu of Corteva AgriscienceTM, Johnston, Iowa, USA, has used an approach called Design of Experiments to optimise the transformation process in maize. This method allows many variables to be explored in a short amount of time.

Over seven and a half billion humans currently occupy our planet. As the twenty-first century rolls into its third decade, the world’s population continues to grow. According to the UN, the global population is expected to hit 9.7 billion in 2050.

As parts of the Western world respond to concerns over the climate crisis and population growth by turning to veganism, some scientists are occupied by a more fundamental problem: how to feed an ever-increasing population. Maize, also called corn in some countries, is the most important cereal crop; more maize is produced than either wheat or rice. Although some maize is consumed directly by humans, most is used for animal feed or turned into corn oil, starch, syrup or bioethanol. 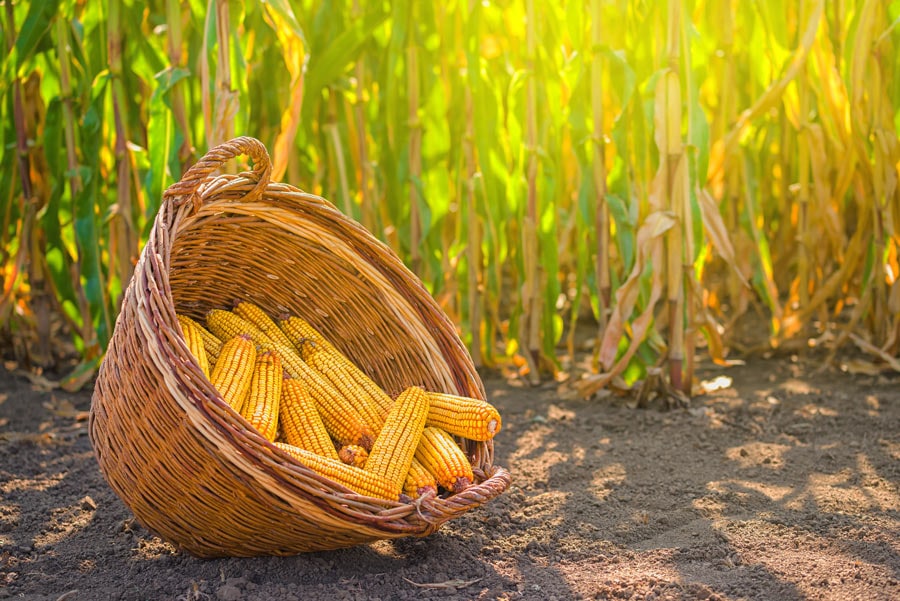 Since maize was domesticated 10,000 years ago, it has been continuously modified to meet the needs of the people growing the crop. All of the modifications since domestication have been at the genetic level. Currently, equipping crops with the genetic capabilities of insect resistance and drought tolerance is one way to ensure that the ever-increasing demand for food is met.

DoE: a new tool to investigate complex systems
Dr Todd J. Jones and his colleagues at Corteva AgriscienceTM are experts in plant biotechnology. Recently, they have been investigating ways to improve the efficiency of transformation systems in maize and other crops. Transformation is the processes by which new genes are delivered to the crop. Traditional transformation systems, which have been in use for several decades, are slow, labour-intensive and vulnerable to human error. The whole process, from the development of a mass of cells called callus (the source of the cells that eventually become new plants) to the growth of plantlets, takes around 10-15 weeks.

In 2016, Dr Jones was a part of a team that identified two genes, called Babyboom (BBM) and Wuschel2 (WUS2), that can dramatically improve transformation efficiency. These genes increase the efficiency of different stages of the transformation process and broaden the range of germplasm that can be transformed. This new system, using BBM and WUS2, has since been applied to other cereal crops and has proven to be a rapid, universal transformation system.

Despite these improvements, however, few other previous studies have attempted to improve efficiency by increasing the quality of the transformation process. To explore which factors might result in a higher quality process, Ms Chu used an approach called design of experiment (DoE). DoE is a form of statistical methodology that allows multiple factors in a complex system to be tested simultaneously; basically, it finds cause-and-effect relationships within a system. DoE allows systems to be tested to an extent that would be prohibitively time-consuming and/or expensive with traditional one-factor-at-a-time methods.

From petri dish to greenhouse
Ms Chu used DoE to investigate a total of ten different factors that affect plant regeneration and the development of healthy roots. These include the form and concentration of nitrogen, an essential plant nutrient needed for protein synthesis, and the type and relative concentrations of plant growth regulators (PGRs) and light conditions. The aim of the study was to identify how each of these factors should be applied in the transformation process – for example, how much of each nutrient should be given to the plants – to optimise the quality of the plant at every stage of growth.

The team used a well-established transformation process, which begins with isolating maize embryos and infecting them with a bacterium called Agrobacterium tumefaciens, which can efficiently deliver new genes into maize. The embryos develop somatic embryos stimulated by the expression of WUS2 and BBM and the somatic embryos eventually germinate. Once the new plants have developed roots, they are moved to a greenhouse and transplanted into soil. There, the plants grow to maturity. After pollination, the plants produce seed (the kernels on a corn cob most people envisage when they think of maize), which is harvested after around three to four months. The team measured the responses of the somatic embryos to the various factors at all stages of the transformation process.

A better, higher quality way to grow maize
Ms Chu found that many of the ten factors studied had a significant impact on the entire transformation process, from the very first embryonic stages to the time when plants were transferred to the greenhouse. In particular, the two macronutrients (nutrients that are needed in large quantities), nitrate and the ratio of ammonium to potassium, proved to be important in every response measured. Light and PGRs were also significant, but not in every response. In early development, low light intensity produced the best results. Later on, rooted shoots needed a higher light intensity for optimum development.

The DoE approach allowed the team to identify nutrient combinations that would successfully address plant quality problems that occur during the transformation process. It was also possible to identify the interactions between these nutrients and other factors such as light and PGRs.

During early embryo development, the ratio of ammonium to potassium was found to be crucial to the development of the plant. The most effective ratio for these two macronutrients turned out to be 1:1. This resulted in small, single and well-formed shoots that were strong and turgid. However, this changed later in the development of the plants, when more potassium is needed relative to ammonium. This allows the development of healthy leafy shoots, which in turn leads to healthier, stronger plants once the maize has been transferred to the greenhouse. These results suggest that the growth process, from transformed tissue to plantlets in the greenhouse, might be best encouraged by a dynamic system, where factors are varied in order to maintain optimal conditions at every stage.

The growth process, from transformed tissue to plantlets in the greenhouse, might be best encouraged by a dynamic system.

Optimising systems with DoE
Ms Chu found that, by using the optimised conditions identified in this study, the number of plants sent to the greenhouse doubled when compared with the current process. Genetic-level results also suggest that the regenerated plants grown under these conditions are likely to be more robust.

The valuable results gained in this research could only be achieved by using DoE. The traditional, one-factor-at-a-time experimental approach would have been far slower, requiring so many separate experiments that it is very unlikely to have been attempted. The chances of optimising a complex system, such as the maize transformation process, using these methods would have been remote. In contrast, the DoE approach allowed researchers to investigate multiple complex variables, and the interactions between those variables, in a greatly reduced time frame.

Potentially, DoE is an extremely useful tool for investigating complex systems, particularly in vitro, as these experiments are typically easily manipulated in controlled conditions. The work by Ms Chu has clearly illustrated this potential, and proven DoE to be an effective way to optimise the growth of transformed maize. If the challenges of feeding an ever-increasing population are to be met, studies like this could prove crucial in ensuring the future of the world’s food supply. 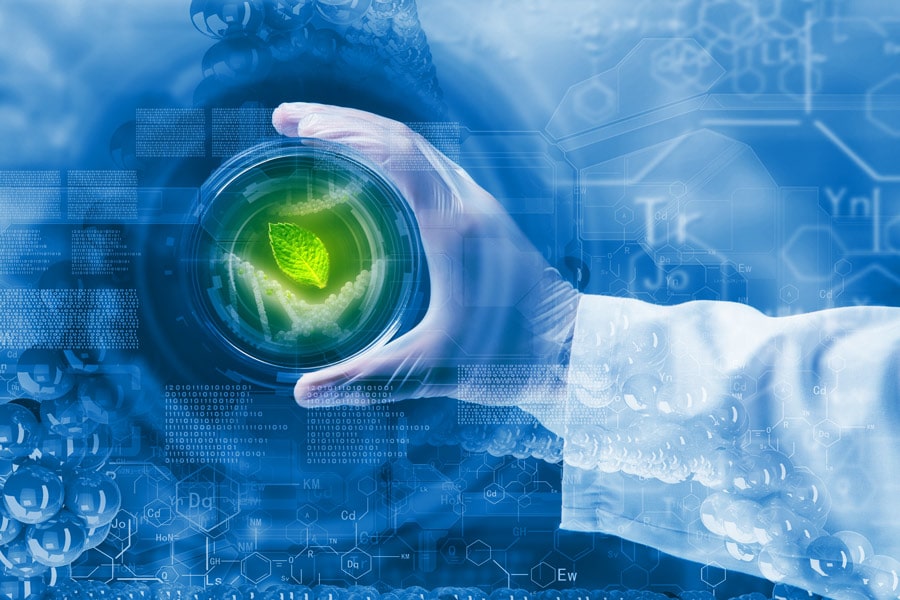 To what extent could the knowledge gained in this study be applied to other crops?

<> DoE methodology can, and indeed has, been applied to tissue culture and transformation of other crops. It is exceptionally useful for optimising plant tissue culture conditions where you need to examine multiple variables and understand the interactions between those variables. This last point is particularly important. In typical one-factor-at-a-time experiments, it is impossible to determine interaction affects. In our lab, we routinely use DoE methodology to optimise tissue culture conditions for any crop that we work on. 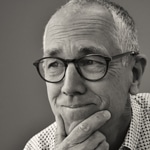 Todd J. Jones is the Research Director for the Crop Genome Engineering group at Corteva Agriscience™, located in Johnston, IA. He received his PhD from UC-Davis and has over 30 years of experience working in plant biotechnology with an emphasis on plant tissue culture, plant transformation and CRISPR-Cas genome editing. 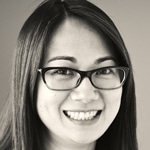 Uyen Cao Chu is a Senior Research Associate in the Crop Genome Engineering group at Corteva Agriscience™, Johnston, IA. She received her Master’s Degree in Seed Technology and Business Management from Iowa State University. She has broad experience in plant transformation and genome editing of various crop species and has a keen interest in exploring new technologies to improve the transformation and editing processes.

Dr Todd J. Jones manages teams responsible for all aspects of crop transformation and genome editing. This includes the development and implementation of efficient processes and cutting-edge technologies, such as the use of morphogenic genes to enhance transformation, and the discovery of new microbes for plant transformation. This research also satisfied the creative component requirement for the completion of Uyen Cao Chu’s Master’s degree at Iowa State University.