Health & Medicine
Diabetes affects millions of adults worldwide and is still a disease without a cure. While injections of insulin can help manage symptoms, there are currently no therapies to treat the underlying cause of diabetes. However, Dr Kenji Sorimachi has found that perhaps the answer lies in the form of carbonate complexes that show an ability to metabolise carbohydrates into glucose in cells, much as insulin would do.

Diabetes mellitus (DM), more commonly known just as diabetes, is a disease familiar to many of us. The International Diabetes Federation estimate that one in ten people worldwide are living with diabetes, affecting a total of 463 million adults in 2019. Perhaps even more worryingly, the Federation also predict that this number is likely to increase to 700 million adults by 2045.

Diabetes is typically classified into several types: types 1, 2 and gestational. Gestational diabetes occurs in pregnant women, typically only for the duration of the pregnancy, but can increase the risk of a dangerous condition known as pre-eclampsia and, if unmanaged, stillbirth. 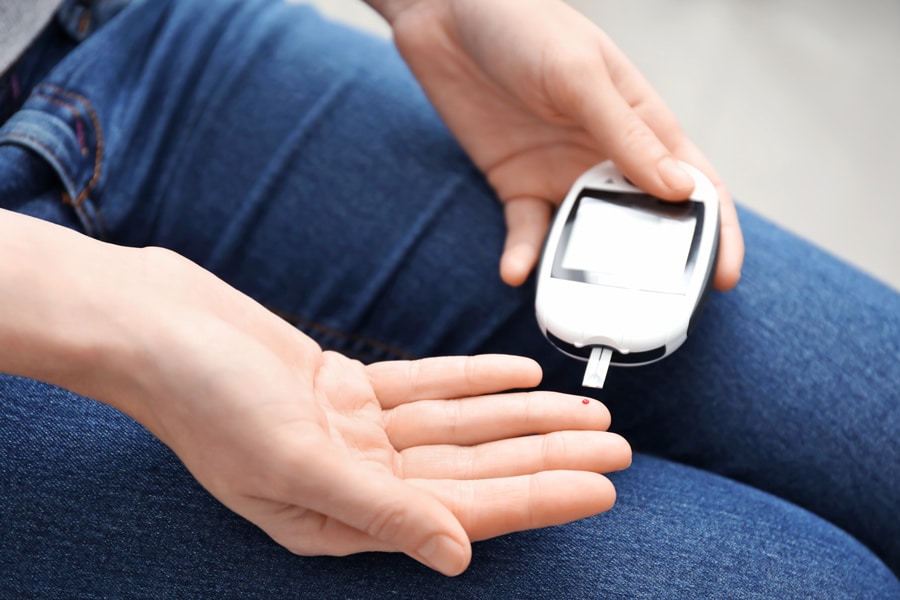 Type 1 diabetes typically occurs in younger people and, while the cause is lack of insulin, there is thought to be a genetic component. This accounts for a relatively small proportion of overall diabetes cases, with its more common counterpart being type 2. While some people seem to have a genetic predisposition towards developing type 2 diabetes, this version of the disease seems to arise primarily from lifestyle factors, including lack of exercise and obesity.

The trademark of both diseases though is in the body’s response to insulin. In the case of type 1 diabetes, the body simply does not produce insulin. For type 2, some insulin may be produced, but not enough for normal function, or the body does not respond to insulin as well as it should. This is why both types share many of the same physical symptoms, including hunger, thirst, fatigue and frequent urination.

Insulin is a peptide hormone that regulates the metabolism of carbohydrates, fats and protein and allows us to absorb glucose from them. Insufficient insulin can therefore lead to the starvation of cells, where glucose from food simply builds up in the blood rather than being absorbed as an energy source for cell function. The effects of this can be fatal, and there is still no general cure for diabetes. For type 1 the only management option is injection of insulin. However, Dr Kenji Sorimachi at Dokkyo Medical University in Japan may have an alternative treatment that, rather than just targeting the symptoms of diabetes, actually treats the disease itself.

A cure?
The inspiration for Dr Sorimachi’s research came from work on vanadium compounds that showed that these molecules could exhibit insulin-like effects. Vanadium is not generally thought of as one of the key metals in biology, unlike iron which is essential for red blood cells and zinc and magnesium which are found in many enzymes. However, vanadium complexes are present in seawater and particularly in water sources near volcanic regions.

Part of the reason vanadium is not considered one of the key metals in biology is because in large concentrations it is toxic. However, in the 1980s it was found that some vanadium complexes showed insulin-like effects both in human and cell line studies. Dr Sorimachi has continued to look into these effects, finding that vanadium pentoxide (V2O5) is capable of accelerating glucose consumption in cells, even at very low concentrations.

The fact that vanadium complexes exhibit insulin-like behaviour even at very low concentrations is important as these can be tolerated by the body with no adverse effects. As part of a normal diet, we can ingest up to 2 mg a day with no detriment to our health. Due to this, subsoil water from an active volcano, Mount Fuji, has been available for restricted sale since 2000. Studies in rats have shown this vanadium-rich water can improve the activity of liver insulin receptors and there have been no health concerns reported among the thousands of tourists and locals who come to drink this water every year.

Alternative carbonates
As vanadium complexes have some promise in diabetic treatment, Dr Sorimachi and his team have been exploring how to increase their effectiveness and boost their glucose-consumption rates. An ideal cure would be a non-toxic compound capable of metabolising carbohydrates at the same rate as insulin.

To do this, Dr Sorimachi has been using subsoil water from Mount Fuji but adding two carbonate complexes containing sodium. These carbonates, NaHCO3 and Na2CO3, are also entirely safe for human consumption. Dr Sorimachi found that small concentrations seemed to have more of an impact on accelerating glucose consumption in cells than the vanadium complexes in the subsoil water.

This is an important finding as it indicates these carbonate complexes may play more of a role in carbohydrate metabolism than vanadium. One reason for this could be that the carbonate species are alkaline. Metabolic acidosis, which occurs when a body produces too much acid, is often found in patients who also have insulin resistance. However, it is unclear whether part of the insulin resistance occurs due to metabolic acidosis or whether the acidity of the local environment has some effect on insulin.

Excessive alkaline conditions are as dangerous as excessively acidic conditions and so the addition of too much carbonate can lead to cell death. This limits the concentrations that can be used in therapeutic treatments. However, carbonates may have additional benefits in the treatment of diabetes other than simply accelerating glucose consumption rates.

All of Dr Sorimachi’s findings point towards the possibilities of a new class of therapeutic treatments for both type 1 and type 2 diabetes.

Countering anti-diabetics
Some chemical species, such as STZ, alloxan and nicotinamide, are known to induce diabetes in animals. These are known as diabetes-inducing agents. This is because compounds such as alloxan destroy the insulin-producing cells in the pancreas and leave the animal with a condition similar to type 1 diabetes in humans. As expected, when adding these diabetes-inducing agents to the cell cultures and looking at the rates of glucose consumption, they were significantly decreased. However, when Dr Sorimachi added one of the carbonate complexes to the diabetes-inducing agent, it prevented their diabetic effects and carbohydrate metabolism in the cells continued unaffected.

Alongside the seemingly protective effect of the carbonates, Dr Sorimachi also discovered that cells treated with carbonates produce lactate concentrations that are strongly correlated with the amount of glucose added. In people affected by diabetes, lactate production is also disrupted, which is an indication of problematic energy consumption and use in the body. Normally, we produce lactates (or lactic acid) in our muscles when exercising very vigorously where we have insufficient oxygen to supply to the cells. Dr Sorimachi’s findings suggest that the carbonates are therefore directly involved in the carbohydrate metabolism mechanism.

All of Dr Sorimachi’s findings point towards the possibilities of a new class of therapeutic treatments for both type 1 and type 2 diabetes and raise interesting new questions as to the exact mechanisms involved with the metabolism of carbohydrates and which compounds can therefore be used to have insulin-like effects in the body.

Given the number of cases of diabetes worldwide and how it can contribute to a variety of additional health conditions, including heart disease, Alzheimer’s and nerve and kidney damage, there is a real need for new effective treatments to manage the condition. Insulin is an effective treatment for many but some have allergic reactions. And, without careful management of dosage levels, insulin treatment can lead to dangerously low blood sugar levels, so alternative therapies that do not require injections would be highly advantageous.

What are the next steps in testing carbonate-based treatments?

<> We are looking to collaborate with a company which is interested not only in animal experiments in vivo using carbonates, but also in new anti-diabetic agent development.

Diabetes treatment: Could carbonates be an alternative? was last modified: June 1st, 2020 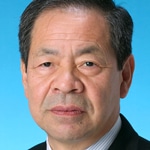 Kenji Sorimachi completed his PhD at Gunma University, Japan and postdoctoral studies at the National Institutes of Health, USA. He is Professor Emeritus of Dokkyo Medical University, Tochigi, Japan and the senior director of Gunma Agriculture and Forest Development Company, Takasaki, Gunma, Japan. He is the senior author of more than 100 published papers.