Health & Medicine
Diabetes is a common and life-long condition. The number of people diagnosed with diabetes has reached epidemic proportions worldwide. The search for new therapy to treat diabetes has taken an unlikely twist and led to the discovery of a potential benefit in silkworms. The silkworm is an economically important insect known for producing silk, however, Dr Yasuhiko Matsumoto and his team have also identified that silkworms represent a suitable animal model for screening compounds aimed at reducing the levels of glucose in the blood.

There is a strong demand around the world for drugs that can treat diabetes, however, animal testing is required before any drug can be trialled in humans. Recently, the potential of in vivo screening drugs in a new animal has been identified the silkworm, which acts as an effective animal model for testing glucose control. Over the last ten years Dr Yasuhiko Matsumoto and his team have investigated the potential of the silkworm to identify alternative treatments for diabetes. This has led to the novel preventative treatment using a lactic acid bacterium known as Enterococcus faecalis.

The search for novel anti-diabetic treatment
Diabetes is caused by the insufficient production of the hormone insulin or by the body’s resistance to the effect of insulin. This problem causes the blood sugar, also called blood glucose, to rise beyond the normal range. This often leads to a range of complications across the body, from frequent skin infections to long-term damage to eyesight. A range of complications occur due to the systematic nature of diabetes, therefore affecting many organs and tissues. Glucose is an important energy source needed for all the cells and organs of the body, however like most things, it is best in moderation.

Type 1 diabetes is an auto-immune disease that is caused by the body’s inability to produce insulin. Type 2 diabetes is the most common of the two subtypes usually caused by genetics and lifestyle and presents later in life. According to the World Health Organization, the number of people globally with diabetes has risen from 108 million in 1980 to 422 million in 2014. The number of people diagnosed with the condition is expected to rise. Therefore, the need for diabetic drugs is a major necessity. However, testing these drugs comes with its own challenges.

As blood glucose control requires hormonal control throughout the body, it is necessary to test the efficacy of newly identified anti-diabetic drugs in animal-models. Testing anti-diabetic drugs in diabetic mammals (such as mice and rats) has played a crucial role to the advancement of our knowledge and understanding of diabetes. However, the sacrifice of large numbers of mammals raises ethical concerns and is a very expensive method of testing.

The hyperglycaemic silkworm model may be highly useful for quickly evaluating the therapeutic effects of anti-diabetic drugs.

The silkworm model
The silkworm, otherwise known by its Latin name Bombyx Mori, is the larvae of the silk moth. It is the prime producer of silk. In addition to its commercial use, the silkworm has been identified as an effective model for testing antibiotics, antifungal medication and now anti-diabetic drugs. It provides a number of benefits over mammal testing. Silkworms are easier to rear than mammals, as they require a smaller space that can support large amounts of larva. Testing in silkworms does not share the same ethical concerns as testing in mammals. It is also more cost-effective and only small samples are required due to the small body size of the silkworm.

Surprisingly, the silkworm shares similar drug toxicity and basic pharmacokinetics (how the body treats a drug) with mammals. This makes the silkworm a useful alternative to testing in mammals. Both invertebrates and mammals have their blood glucose levels regulated by the insulin-signalling pathway. However, in the silkworm, bombyxin is the name given to the insulin-like peptide that acts like insulin found in humans. Dr Matsumoto and his team previously found that by feeding silkworms a diet high in glucose, hyperglycaemia could be induced.

The total amount of sugar in the haemolymph, which is analogous to blood in mammals, was taken up by the fat body of the invertebrate which is also similar to the effects that occur in mammalian liver and adipose tissue. His team also identified that human insulin reduced the level of sugar in the haemolymph, demonstrating that silkworms are useful for identifying the therapeutic effect of anti-diabetic drugs that would normally be identified in mammals.

Dr Yasuhiko Matsumoto and his team, whose focus has been on identifying novel approaches for drug discovery, found that when silkworms were fed a high-glucose diet, their glucose levels increased and their growth was impaired. However, when they were given insulin, normal growth was restored. His team showed that the activity of novel anti-diabetic drugs could be measured in the silkworm model.

Further development of the model
Interestingly, Dr Matsmoto found that the silkworm model was unaffected by type 2 anti-diabetic drugs. This was because a high-glucose diet fed over a short period was unable to induce the impaired glucose intolerance, characteristic of type 2 diabetics. Therefore, pioglitazone or metformin, drugs commonly used to treat type 2 diabetes, could not reduce the blood glucose level in the silkworm. The team demonstrated that if the silkworms consumed a high-glucose diet for a longer period of time, glucose intolerance could occur and thus provided a type 2 diabetic animal model. The type 2 diabetic silkworm model is useful for evaluation of the type 2 anti-diabetic drugs, metformin and pioglitazone.

Sucrose is a common sugar, frequently added to sweeten food. The sucrose-induced postprandial hyperglycaemia is linked to the onset of diabetes. When sucrose undergoes digestion in the body, it is broken down to fructose and glucose by an enzyme known as α-glycosidase. This process allows sugars to be absorbed in the intestinal tract and raises the level of glucose in the blood. Therefore, identifying a substance that could be added to food to prevent glucose absorption, could suppress the increase in blood glucose by intake of sucrose. 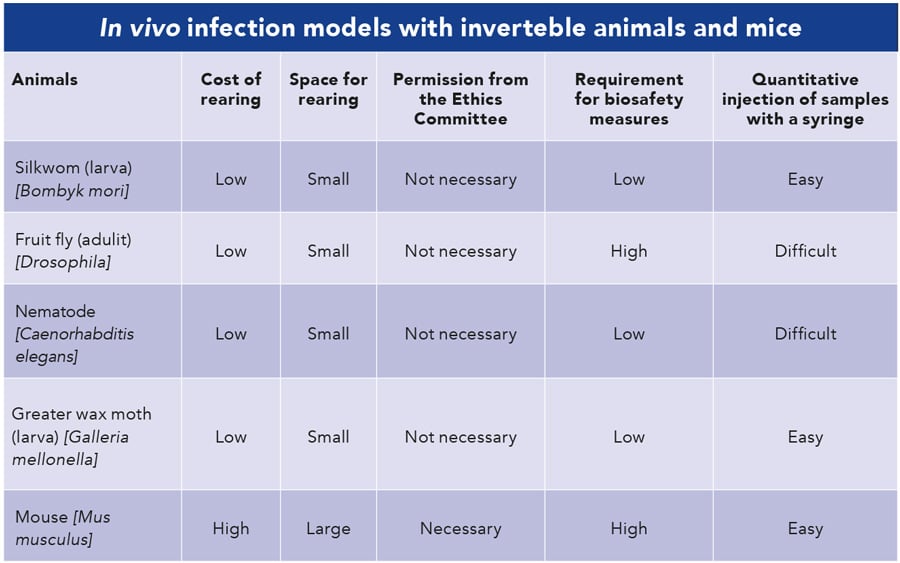 Discovering Enterococcus faecalis YM0831 using silkworms
To identify treatments that could prevent hyperglycaemia, the team focused on bacterial strains that produced lactic acid as a by-product. Lactic acid bacteria are used commercially to ferment food e.g. yoghurt. Other researchers previously identified that Lactobacillius rhamnosus strain, a type of lactic acid bacteria, could suppress the increase of blood glucose levels in mice, however evidence for a similar effect in humans is lacking.

By large-scale in vivo screening using the postprandial hyperglycaemic silkworm model, Dr Yasuhiko Matsumoto revealed that the lactic acid bacteria strain, E. faecalis YM0831, supressed the sucrose-induced hyperglycaemia in silkworms.E. faecalis YM0831 also inhibited the uptake of glucose by a human colorectal cell line otherwise known as Caco-2 and supressed hyperglycaemia caused by the ingestion of sucrose in humans. The findings indicate that a substance identified by silkworm model is effective to human health.

E. faecalis YM0831 was found to supress the increase of blood glucose in the silkworm. Dr Matsumoto and his team used a lactic acid bacterium that had been genetically modified to have reduced inhibitory action for glucose uptake in the intestinal cell line. They found that the same genetically modified bacterium also reduced the inhibitory activity of the bacterium’s ability to suppress hyperglycaemia in the silkworm. This suggests that the inhibitory action of E. faecalis YM0831 in the intestinal cell directly affects hyperglycaemia in host animals.

The silkworm model has demonstrated the potential of using E. faecalis YM0831 for preventing hyperglycaemia in diabetic patients as a form of preventative treatment. Their research provides a viable and efficient in vivo screening model that could potentially replace the common use of diabetic mammals in anti-diabetic drug discovery. Notably, this model has been shown to be effective in other major therapeutic areas such as identifying anti-fungals, anti-virals, and antibiotics. With further research, the silkworm model could be an important screening tool for many other conditions.

What are some of the potential benefits that may come out of the commercial use of E. faecalis YM0831 to create functional food for diabetic patients?

<>E. faecalis YM0831 is a lactic acid bacterium therefore it is useful for producing yogurt, a functional fermented food. Yogurt is a very good food for daily intake. We have demonstrated that yogurt produced by the E. faecalis YM0831 suppressed sucrose-induced hyperglycaemia in humans. Daily intake of the yogurt will help us to inhibit postprandial hyperglycaemia, and results in prevention of onset of diabetes.

Could the commercial use of E. faecalis YM0831 to create functional food help women who suffer from gestational diabetes as well?

<> Yes. Daily intake of the yogurt produced by the E. faecalis YM0831 might be effective to prevent onset of gestational diabetes by suppressing postprandial hyperglycaemia. 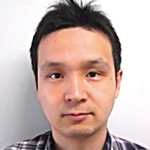