Health & Medicine
Cancer treatment is improving all the time, but one area where progress has been slower is in the treatment of metastases, the secondary growths that break away from the initial tumour. Metastasis is responsible for 90% of cancer-related deaths – the development of new diagnostic and treatment methods is crucial. Professor Heike Allgayer of Ruprecht Karls University Heidelberg, Germany, believes the source of these much-needed innovations might be found in the metastasome: the sum of all the molecular characteristics of metastases. In investigating the metastasome of colorectal cancer, Professor Allgayer has already made significant discoveries that could form the basis of a new approach for preventing and treating metastases.

Cancer affects as many as one in every two people during their lifetime. Although progress in modern medical science means that many forms of the disease are now more treatable than ever before, unfortunately cancer can still be a terminal diagnosis. Metastasis – when cancer begins in one part of the body but then spreads to other areas – is still by far the most frequent cause of cancer-related deaths. This is despite recent advances in personalised medicine, where medical interventions are individually tailored based on a patient’s predicted risk of disease or response to treatment.

A huge amount of research effort and funding is devoted to deciphering the causes of, and finding new treatments for, cancer. However, research into metastasis is still surprisingly fragmented. There are several reasons for this, such as the fact that, until recently, few suitable experimental models were available; also, worldwide, there are not enough cancer centres with access to sufficient samples of metastatic cancer to be able to carry out meaningful research.

Recent technological developments, in areas including genetics, bioinformatics and mathematical modelling, have made new tools available for investigating the mechanisms of cancer metastasis. Professor Allgayer and her colleagues believe that these advances, combined with the pressing need for new ways to tackle metastases (also called metastatic lesions or tumours), mean that the time is right for fundamental advances in this important area of research. 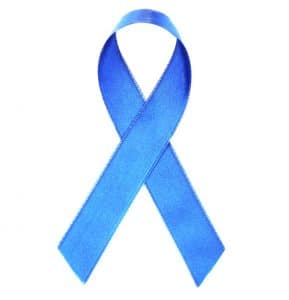 A better understanding of metastasis
Since the early days of her career, Professor Allgayer has been striving to better understand the process of metastasis. From her early work on disseminated cancer cells (cancer cells that have left the primary tumour and survive in the circulation to potentially cause metastasis in a different organ), through the study of particular genes discovered to promote or regulate metastasis, the logical progression of Professor Allgayer’s work has been towards defining a phenomenon called the metastasome.

Essentially, the metastasome comprises all the specific molecular characteristics of metastases, including genomic, epigenomic (proteins that control the function of DNA), transcriptomic (the different types of RNAs expressed by the genome), proteomic, molecular and functional features. A better understanding of the metastasome will help the treatment, or even prevention, of cancer metastasis to become possible.

A better understanding of the metastasome will help treatment, or even prevention, of cancer metastasis to become possible.

One of the most common types of cancer is bowel cancer, also called colon or colorectal cancer. For this reason, it is also one of the more well-researched forms of the disease. Professor Allgayer and her colleagues have been using the setting of colorectal cancer to investigate and initiate the definition of the metastasome.

The team recently reported the results of an innovative study of colorectal cancer. During the project, Professor Allgayer and a large interdisciplinary team examined twelve examples of colorectal metastases that had been matched to the primary tumour. In other words, the primary cancer of these patients was in the colon or rectum; in all but one case, the metastasis was in the liver. This was the most comprehensive whole genome study of its type to date, and provided crucial information on the nature of the metastasome and its role in metastasis.

How does metastasis occur?
One of the aspects of cancer that Professor Allgayer and her team hoped to understand was how metastasis actually occurs: both the way it begins and how it progresses. In the past, researchers have come up with many different ideas to explain the progress of metastasis. Two relatively recent models are the parallel progression (also called early dissemination) model, and the linear progression model. Put simply, the parallel progression model says that cells capable of creating metastases leave the primary tumour at a very early stage of the cancer development. The primary tumour and metastatic lesion then evolve, or grow, separately (or in parallel). On the other hand, the linear progression model says that primary tumour growth is sequentially followed by the development of metastases.

One way to investigate which of these models best represents what actually happens is to look at genetic mutations. Both the primary tumour and the metastasis accumulate genetic mutations as they develop. Professor Allgayer’s study found that, on average, 65% of mutations are shared by both the primary tumour and the corresponding metastasis. In one case, 92% of mutations were shared. These results appear to support the linear progression model.

However, other data also supported the possibility of a parallel progression model. In some cases, the proportion of shared mutations was much lower; as low as 32% in one case. Also, previous research has found that disseminated tumour cells, some of which are the source of metastases, can be detected at a very early stage of primary tumour development.

A more thorough understanding of the metastasome could improve targeted therapy at the earliest stages of treatment.

Based on her own and previous research, Professor Allgayer suggests a model of metastasis involving early dissemination of cancer cells. Some of these cells will be capable of forming metastases. The timing of the separation of these metastatically-capable cells could determine whether the metastases appear to follow a parallel or linear progression model. However, regardless of which model more closely reflects the true situation, Professor Allgayer’s research has shown that the metastasis always carries genetic mutations that are not found in the primary tumour.

The metastasome in colorectal cancer: clinical consequences
Professor Allgayer’s study found that, on average, 19% of genetic mutations are unique to the metastases. This was seen in all 12 cases studied. Although there are other possible explanations for this finding – such as that the sample taken from the primary tumour did not contain the particular cells that gave rise to the mutations seen in the metastasis – other studies also discovered genetic changes particular to the metastases.

These findings are highly significant for the development of potential future diagnostic strategies and treatments. Even the most cutting-edge personalised medicine, such as that offered by the Comprehensive Cancer Centers, uses targeted therapy based on the genome of the primary tumour alone. As many genetic changes are, as shown by Professor Allgayer’s research, specific to the metastases, such therapies would miss the relevant genetic changes and the tumour cells possibly driving metastasis and would therefore not be useful in preventing the development of metastatic cancer. This would also explain why metastases sometimes still occur even years after the primary tumour has been completely eliminated by treatment.

There is a clear need for the role of the metastasome to be considered in the earliest stages of cancer diagnosis, if metastasis is to be prevented. Professor Allgayer’s research looked at specific genetic changes that are characteristic of metastases – if these can be conclusively identified, early cancer testing could include screening for these changes. Similarly, a more thorough understanding of the metastasome could improve targeted diagnosis and therapy at the earliest stages of treatment.

The future of targeted cancer treatment
In cancer treatment, the full potential of personalised medicine is currently limited by a lack of understanding of metastasis. This is reflected in the fact that, unfortunately, 90% of deaths due to cancer are a result of metastatic disease. Professor Allgayer believes that there is an urgent need for a concerted, worldwide research effort to investigate larger numbers of metastases of cancer patients. Only a large-scale project like this would be able to accurately and confidently identify changes at the genome, transcriptome or other molecular levels particular to cancer metastases, which in turn would lead to the development of improved diagnostic methods and treatments. A “human cancer metastasome project” would open up new avenues for targeted, personalised tools for tackling metastatic cancer, ultimately improving the prognosis for millions of cancer patients worldwide.

What will be (or should be) the focus of the next steps of research into the metastasome?

<> An international concerted action of as many centres as possible, overcoming our own national interests and putting an emphasis on collaboration based exclusively on the pressing problem and vision to combat metastasis together, supported by funds given by political leaders of as many countries as possible. The Human Cancer Metastasome Project should be on the political agenda with an equally high priority as the World Genome or the Human Cancer Genome Project. 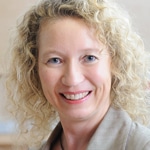 Prof. Dr. med. Heike Allgayer, MD, PhD, is Director of the Department of Experimental Surgery-Cancer Metastasis, and Vice Director of the Centre for Biomedicine and Medical Technology (CBTM), Mannheim Medical Faculty, Ruprecht-Karls-University of Heidelberg, Germany. She received her MD and Dr. med. at Ludwig-Maximilians University Munich in 1995/1996 and her PhD (molecular biology) at the University of Houston-MD Anderson Cancer Center in 1999. As a board-certified surgeon and molecular biologist, her major focus is cancer metastasis and translational research. Her publications (most cited original article: currently >3000 citations) have received 23 scientific awards, including the Research Award of the Alfried-Krupp-von-Bohlen-und-Halbach-Foundation, the EACR Cancer Researcher Award Lecture, the Langenbeck and Sauerbruch Research Award, and the Young Investigator Award of the American Association of Cancer Research (AACR). She is an active member of the AACR, ASCO, EACR, the EORTC Advisory Board for Translational Research, WORLD.MINDS and Associate Editor of the International Journal of Cancer and of Molecular Oncology, amongst other appointments. In 2017, she became elected as a Fellow of the European Academy of Cancer Sciences (EACS).

Many thanks to Dr Naveed Ishaque, Prof Benedikt Brors, all members of my department who contributed strongly to this work, and all other co-authors of our Nature Communications paper; it was a big team effort between several players in translational metastasis research and several new developments made by the bioinformatics colleagues.