Behavioural Sciences
For most of us, friendships are an essential part of our lives, and forming them usually comes naturally; we don’t even think about it. In fact, research shows that complex social constructs are at play and influence the choices we make about who we form friendships with. Diverse friendships, for example where people differ in race or religious background, have been shown to reduce prejudice. In a study using a unique approach to testing, Dr Angela Bahns explores what factors facilitate the formation of diverse friendships, and how people’s beliefs about diversity relate to their friendship choices. Her findings highlight the complexity of friendship formation and offer an insight into how diverse friendships are formed.

Diverse or cross-group friendships are those that include people from, amongst others, different socioeconomic backgrounds, religions, races, and sexual orientations. The benefits of such friendships for both children and adults are widely reported. As these include reduction of prejudice, diverse friendship has been used in formal settings as a strategy for doing just that. However, as social science has shown, simply putting people from different backgrounds together does not guarantee a positive result. The contact hypothesis suggests that for this kind of interaction to reduce prejudice it must occur under specific conditions, including equal perception of status, common goals, cooperation, and the support of authorities. These conditions can be difficult to achieve in a prescribed setting. Thankfully, many of them are met naturally in the context of friendships between members of different groups.

Studying diverse friendships
In order to get a complete understanding of the formation of diverse friendships, social scientists need to consider individual preferences for same-group or cross-group friends, and community characteristics such as the size of the potential friendship pool (e.g., a college campus), and the diversity of the people within that pool. The latter constrains people’s opportunities to express their preferences about diversity. 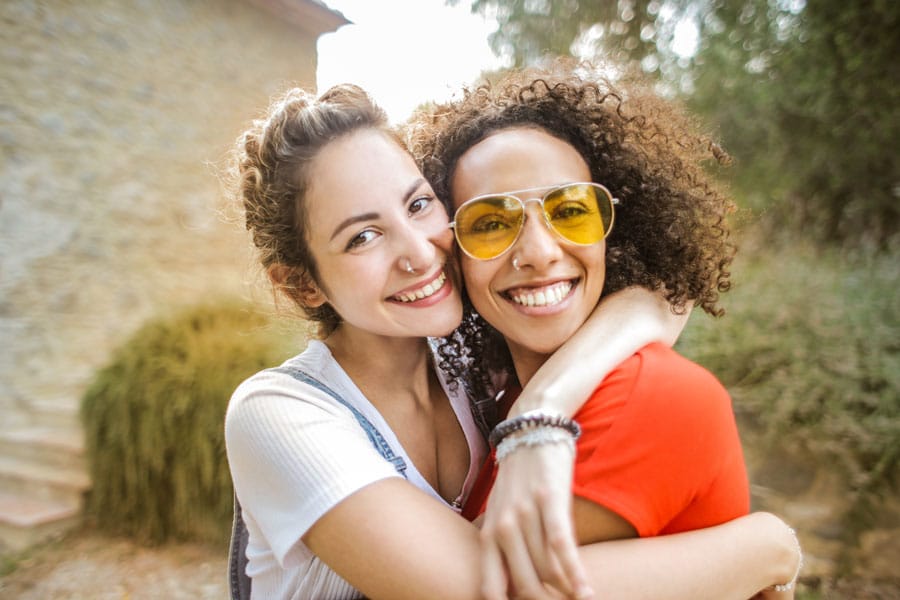 It would not be unrealistic to assume that we prefer to form friendships with people similar to us. Indeed, much research has focused on this approach. Some people have a preference for diversity. However, there has been relatively little research on this area. Furthermore, when friendship diversity is studied, it often focuses on race, ignoring other relevant groups.

The free-range dyad harvest method
The work of Dr Angela Bahns addresses both the above points by looking at how beliefs about the value of diversity relate to friendship choices. She asks the question, “Are people who say they value diversity more likely to have diverse friends?”

Seeking diverse friendship can be
helped or hindered by the characteristics of the surrounding community.

Typically, research on friendships uses one of two methods: either bringing pairs of friends into the lab or asking individuals about their friendships. The former is biased towards long-term friendships, and the latter only includes one member of a friendship pair. Both of these problems, along with others associated with the aforementioned methods, are circumvented by Dr Bahns’ free-range dyad harvest method, where pairs of people interacting in public spaces (who usually report being friends) are approached and surveyed on their attitudes, values, and social identities.

The above method was employed in Dr Bahns’ recent work, in which 552 pairs of people were recruited from across 10 colleges or communities. Samples were selected to vary in population size, and racial/ethnic diversity, so that these community characteristics could be tested as factors in influencing friendship choices. A questionnaire was used to measure the key construct valuing diversity, which assessed views on diversity in the dimensions of race, ethnicity, sexual orientation, nationality, age, social class, and disability status. Social and political attitudes were also assessed by having participants rate how strongly they agreed or disagreed with statements such as “I believe marriage should be between one man and one woman” and “I support female contraception”. Participants were asked to state how they preferred to be identified in terms of racial/ethnic group, religiosity, sexual orientation, and nationality. This information was then compared within pairs to classify them in each category as diverse or not diverse.

Research findings
Dr Bahns’ data suggest that in answer to her main research question, people’s beliefs about diversity do predict their friendship choices. However, her findings highlight the complex nature of this relationship, and suggest that it changes dependent on the type of diversity being considered. People who reported valuing diversity were likely to have diverse friendships as defined by race, religion, and sexual orientation. In contrast when it came to attitudes and values, positive diversity beliefs were associated with choosing similar friends; pairs who valued diversity highly were the most likely to share similar attitudes and values. For the participants in Dr Bahns’ work, it seems valuing diversity did not apply to diversity of thought. This is noted as a potential area for future study.

For the participants in Dr Bahns’ work,
it seems valuing diversity did not apply to diversity of thought.

Previous work has suggested that diverse friendships are more likely to form in smaller compared to larger communities; in other words, the more choice there is, the less friendship diversity is observed. Importantly, this finding assumes people prefer similarity (which is more common than preferring diversity), so with more choice people are better able to choose similar friends. This was supported by Dr Bahns’ finding that religious diversity within pairs was more likely to be observed in smaller compared to larger communities. However, Dr Bahns suggests that something more than just the opportunity to interact affects diverse friendship formation. She proposes that the combination of both preference and opportunity best explains friendship choices. Indeed, her work demonstrates this in that valuing diversity increased the likelihood of a pair being religiously diverse, and this was especially true in smaller compared to larger communities.

Somewhat contrary to predictions though, pairs were on average more attitudinally diverse in larger compared to smaller communities. But, this changes when the pairs’ beliefs on diversity are taken into account; especially in larger contexts, valuing diversity is associated with attitude similarity among friends. As Dr Bahns explains, pairs in her work tended to have similar scores for valuing diversity, so it is not surprising that they also tended to share attitudes.

In terms of gender, findings were largely consistent with previous work – pairs of men relative to pairs of women and mixed gender pairs, were more likely to be diverse in terms of religion and nationality. In line with work that suggests heterosexual men are more likely to have negative attitudes towards gay men, the male pairs were less likely to be diverse in terms of sexual orientation. Gender was unrelated to friendship formation in the context of race, and attitudes. Furthermore, mixed gender pairs were not reliably distinguishable from same gender pairs on any measure.

Dr Bahns highlights several sampling limitations that should be considered when looking at her data. Firstly, data were not nationally representative: the majority were collected from the Northeast region of the United States where more liberal political views tend to be held, which would be reflected in the diversity beliefs of the sample. Importantly, diverse and non-diverse pairs were still distinguishable even with this restriction. Secondly, it was difficult to ensure adequate representation of community size and racial diversity, since size and diversity tend to go hand in hand. Finally, the study did not explicitly define the relationships of the pairs included. However, as Dr Bahns notes, regardless of the official definition, their appearing together in public reflects a meaningful social choice that is reliably related to their diversity beliefs.

Conclusions
The work of Dr Bahns shows that beliefs regarding the value of diversity reliably predict friendship outcomes across a broad range of diversity characteristics, not just race. The research also highlights that seeking diverse friendship can be helped or hindered by the characteristics of the surrounding community. In terms of interventions for prejudice reduction, Dr Bahns concludes that the most reasonable strategy would be to educate people about the value of diversity. We should also seek to create diverse communities to provide the opportunity to express preference. However, this would need to be addressed with care: education would need to be in place first, and there would need to be consideration for the broader diversity climate. As the research shows, for people who prefer similarity, a diverse community can make it easier to satisfy this goal by providing a broader pool from which to form friendships.

Other than informing strategies for prejudice reduction, what are the other practical applications of the findings?

I found that people who say they value diversity are even more likely to choose friends who have similar attitudes and values. This suggests that “thought diversity” is not often recognised as an asset in personal relationships. One implication is that people will have difficulty cooperating with others who do not share their beliefs, which could harm workgroup performance in diverse settings where collaboration across moral and political divides is required.

The effect of diversity beliefs on friendship formation was last modified: March 17th, 2020 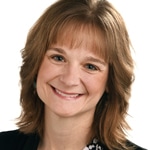 Angela Bahns is an Associate Professor of Psychology at Wellesley College doing research on prejudice, diversity beliefs, and friendship formation. She holds a PhD in Social Psychology from the University of Kansas and a BA from Pomona College. Professor Bahns teaches classes in statistics, research methods, and social psychology.

Dr Bahns examines how and why people develop diverse friendships.