Health & Medicine
Vitamins are essential nutrients our bodies require to perform important functions. Although they can be absorbed through a healthy lifestyle, many people are deficient in vitamins such as vitamin D and vitamin K. Dr Hanne van Ballegooijen and her team from Amsterdam UMC, location VUmc, work to understand the consequences of such deficiencies on human health. Future research may focus on the combination of specific vitamins and long-term impact of supplement use, a popular worldwide trend.

Vitamins are organic compounds essential for our bodies to perform a range of specific functions. As we cannot produce these ourselves, we must absorb them through our daily diets or lifestyles. Two important fat-soluble vitamins are vitamin D and vitamin K.

Why do vitamins matter?
Vitamin D is responsible for controlling the amount of calcium and phosphate in our bodies. Without vitamin D we cannot absorb calcium, which means our bones are at risk of becoming soft or brittle. Vitamin D is often associated with getting enough sunlight, as the majority of vitamin D comes from exposing our bare skin to sunlight. It is very difficult to get sufficient vitamin D from diet alone.

Less commonly understood than vitamin D is vitamin K. Unlike vitamin D, vitamin K is predominantly obtained through diet. Sources include leafy green vegetables, fish, fermented dairy and eggs. Vitamin K is the term used to represent a group of compounds (vitamin K1, vitamin K2 etc. based on their chemical structure and side chain) which contribute towards our body’s ability to clot blood. Vitamin K can only be stored in small amounts and should be consumed daily.

Understandably, anyone concerned about vitamin D deficiency may choose to top up their levels with artificial forms known as supplements. The use of supplements is widespread practice throughout the world with tablet forms often available in supermarkets at low prices. However, the availability of over-the-counter supplements containing single vitamins or nutrients may not take into consideration the unknown long-term consequences and the importance of the interaction between different vitamins.

The consumption of a well-balanced diet is most important for the prevention of chronic diseases.

Vitamins D and K may work together to ensure calcium is correctly distributed in our bodies. Whilst vitamin D plays an overarching role in stabilising bodily calcium levels in our blood, vitamin K helps to ensure the calcium is distributed to our bones, as well. Research by Dr Hanne van Ballegooijen of Amsterdam UMC, location VUmc, is some of the first to investigate the health benefits of this combination of vitamins.

How can vitamins D and K affect our health?
Dr van Ballegooijen’s research forms part of 10 years of study into the function of vitamin D in our bodies with a particular focus on cardiovascular health. Specifically, her latest research considers the potential mechanism between the interaction of vitamin D and K and explores the benefits to both cardiovascular and bone health.

Cardiovascular health problems affect many people around the world and according to the World Health Organization, account for a third of deaths worldwide. The consequences are devastating. Bone health problems are less often directly culpable as a cause of death, but are particularly common among older adults. Unfortunately, this demographic is also at increased risk of cardiovascular difficulties.

The specific aim of the research by Dr Hanne van Ballegooijen was to discover the potential synergy of vitamin D and K to best understand their combined functionality. That began by unravelling the complex interaction between the two vitamins to better understand their impact on each other. One of the hypotheses is that vitamin D stimulates the creation of vitamin K-dependent proteins within the body. Once created, these proteins need vitamin K for optimal functioning. In this way, our body ensures that our calcium levels will always be well distributed. Without vitamin K, these proteins cannot carboxylate to function properly. But what if these vitamins are not supplied in optimal amounts due to supplementation of only one vitamin? The team suggests that widespread vitamin D supplementation may therefore be part of the reason for the vitamin K deficiencies identified in humans.

Findings from population studies
The team hypothesises that vitamins D and K could only interact correctly with each other if they were present in combination and in the right amount. As previously mentioned, many people choose to take supplements. However, the long-term consequences of even low-dose vitamin D supplements have not received much research attention.

In the studies conducted on Dutch population cohorts, some groups were found to be particularly at risk. Older adults who were deficient in both vitamins were found to have greater risk of high blood pressure also known as hypertension. The study used data from the Longitudinal Aging Study to research the incidence of high blood pressure and hypertension in people aged 55 to 65 years. When the participants were followed up approximately six years later the team found 62% of the group with insufficient vitamin D and K had developed hypertension. The combination of low levels of vitamin D and K also showed participants had increased systolic blood pressure when compared with the group with higher levels of both vitamins. The team concluded that the combination of low levels of both vitamins D and K led to increased systolic blood pressure and a greater risk of incident hypertension.

The long-term consequences of vitamin D supplementation on clinical outcomes are poorly understood.

The team originally hypothesised that members of “at-risk” groups who used vitamin D supplements and had low vitamin K levels would be at greater risk of disease. Their research has shown that those undertaking vitamin D therapy or taking supplements with low vitamin K status had indeed a much higher risk of mortality and graft failure. The next step is to unravel whether vitamin D combined with vitamin K rich foods or vitamin K supplementation together could improve bone and cardiovascular health. 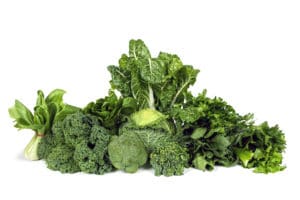 Research in the future
Having already researched vitamin D and vitamin K extensively, Dr Hanne van Ballegooijen still has plans to discover more about the impact and consequences of vitamin D for human health. Future research may include considering the consequences of long-term vitamin D supplement use. This research would form an important part of future health knowledge as the side effects of long-term vitamin D supplement use remain poorly understood.

The future will tell us whether successful vitamin D supplementation, when used appropriately in combination with vitamin K, could prove to be an inexpensive solution to develop new preventative methods of stimulating cardiovascular health.

Considering modern lifestyles, is it realistic to expect the majority of the population to obtain sufficient amounts of vitamin D or vitamin K without supplements, or do we need to instead improve supplements?

More clinical data about the potential interplay between vitamin D and vitamin K metabolism is urgently needed before broader treatment recommendations can be given.

The consumption of a well-balanced diet is key for population-based primary prevention of chronic diseases. As more is discovered about the powerful combination of vitamins D and K, it gives a renewed reason to eat a healthy diet including a variety of foods such as vegetables and fermented dairy for bone and cardiovascular health.

Dream team: Improving hearts and bones with vitamins D and K was last modified: May 28th, 2019 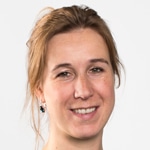 Dr van Ballegooijen is an assistant professor at the Amsterdam UMC, location VUmc, at the department of Nephrology and Epidemiology & Biostatistics, Amsterdam. Her research is focused on nutrition and lifestyle determinants in the etiology of cardiovascular diseases and chronic kidney disease. A better understanding of these relationships may help to promote cardiovascular health. Further, she is involved in teaching and supervision of students in the field of nutritional epidemiology and cardiovascular and kidney disease. She enjoys these teaching activities to encourage critical thinking and to stimulate others to outperform themselves.

Dr Hanne van Ballegooijen has been working on vitamin D for almost 10 years. Her work suggests that vitamin D status alone is not strongly related to cardiovascular disease and that combining vitamin D with vitamin K might improve its efficacy.

One thought on “Dream team: Improving hearts and bones with vitamins D and K”