Many drugs target individual actions of a specific virus or bacteria. However, development and application of a broad-spectrum compound which targets the whole immune response would allow one therapy to have a global application for human disease. Dr P. R. Raghavan, CEO of Nanorx Inc, has invented one such dietary supplement, Metadichol®, which is thought to act via vitamin D receptors to influence the immune system.

Antibiotic resistance, and the emergence of novel viruses, such as COVID-19, both present major challenges to human health. Whilst there are ongoing investigations into vaccines and alternative approaches to antibiotics, a broad-spectrum agent, able to target both bacteria and viruses would be an additional tool to help manage infectious diseases.

What bacteria and viruses have in common is the structure of their cell membranes. The cell membranes of both bacteria and viruses are formed from a lipid bilayer. This lipid membrane is made up of two layers of lipid molecules (phospholipids, fat, waxes and sterols), facing in opposite directions. The membrane keeps molecules, such as proteins, within the organism and prevents them diffusing into regions of the cell where they are not required. However, molecules can still be moved from the inside of the cell to the outside, and vice versa, using pumps which transect the lipid bilayer. When the structure of the lipid bilayer is lost, for example in damaged or dying cells, immune cells recognise this and eliminate the cell.

Dr P. R. Raghavan, CEO of Nanorx Inc, works in the field of nanomedicine and his company aims to provide a solution that can be applied to a wide variety of settings, moving away from a ‘one drug one target’ approach.

Metadichol® and vitamin D receptors
In 2008, Dr Raghavan developed a product named ‘Metadichol®’ (also known as ‘Nanosoma® Nanoojas®’) which has since obtained patents from the U.S., as well as worldwide. Metadichol® is made from an absorbable nano-emulsion of a type of lipid molecule called policosanol, normally found in foods such as peanuts, sugar cane, rice and wheat. Found in foods we eat every day, policosanols have been used as a dietary supplement for many years as they have been suggested to reduce cholesterol level in number of studies.

Metadichol® competes by binding to vitamin D receptors, displacing the bacteria or viruses and enabling normal functioning of the immune system.

Metadichol® has now been made into a nano-emulsion, a delivery system frequently used for drug delivery which involves a mixture of two liquids, such as water in oil or oil in water droplets. This allows controlled or sustained release of substances such as drugs, genetic material or other biologically active ingredients; it also enhances the stability and bioavailability of substances. This nano formulation has unique effects on other various disease biomarkers not seen in non-nano formulations.

Metadichol® is thought to act on vitamin D receptors (VDRs) which can be found on many different tissues throughout the body, including immune cells. Dr Raghavan and his team have published work which shows that it acts as an inverse agonist on nuclear receptors, Thyroid A (THRA) and Thyroid B (ThRB), Aryl Hydrocarbon receptor (ARH), Nuclear receptor ROR Gamma (RORC), and Estrogen related receptor alpha (ESRRA). Through this action it can activate all the other 48 nuclear receptors.

Bacteria and viruses often bind to VDRs, that are responsible for innate immunity to mount an effective response against invading pathogens. It is thought that Metadichol® competitively displaces the bacteria attached to the VDR and enables normal functioning of the innate immune response.

If this is the case, this would make Metadichol® the only known inverse agonist of the VDR, meaning that it binds to the same site as the natural ligand of Vitamin D receptor (1,25 dihydroxy Vitamin D3) but induces a response very different from the Vitamin D3 agonist. Dr Raghavan hypothesises that Metadichol® may be a protean agonist, acting as both a positive and a negative agonist on the same receptor.

Vitamin C and the immune system
In addition to vitamin D activation, vitamin C is also required to maintain a healthy and effective immune system. For example, vitamin C has been shown to reduce severity of symptoms and length of illness in the common cold. It also functions as a cofactor in bile acid synthesis, facilitates thyroid hormone production and aids iron absorption, amongst other roles. Whilst most people obtain sufficient vitamin C from their diet, some people may be deficient in the vitamin, increasing their risk of developing scurvy, as well as less severe issues such as lethargy, impaired wound healing and depression.

In a non-randomised study, Dr Raghavan supplemented 30 individuals with Metadichol® and showed improvements in vitamin C levels threefold higher than what is achieved even with grams of Vitamin C intake.

Metadichol® also increases expression of the Gulo gene four-fold (@ 100 picogram/ml) in mouse adipocytes. This is needed for the pathway in the conversion of glucose to Vitamin C and this gene is dormant in humans. Dr Raghavan suggests that Metadichol® recycles vitamin C by increasing Glut4 gene expression, which is a dehydroascorbic acid transporters, 10 fold (@100 picogram/ml) that is needed for entry of oxidised Vitamin C to enter cells where they are then recycled. This occurs through antioxidant pathways, as Metadichol® binding to VDRs increases glutathione levels. Glutathione is an antioxidant which is capable of recycling other antioxidants, including vitamin C and has been shown to be increased in rats supplemented with Metadichol®. 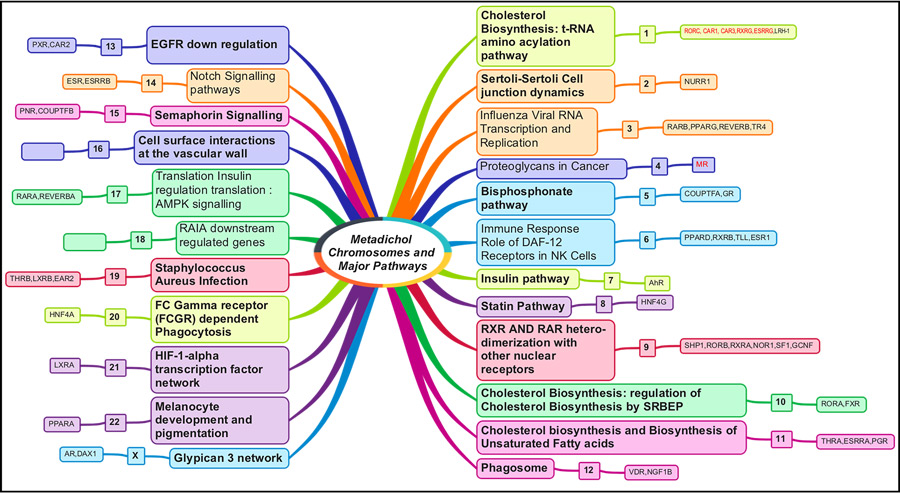 COVID-19
In a publication (awaiting peer review) Dr Raghavan has recently reported that Metadichol® may be a potential therapeutic against COVID-19, as he has successfully shown that under laboratory settings, the compound can prevent virus replication in a human cell line. Dr Raghavan proposes that Metadichol® can inhibit a protein TMPRSS2 used by the coronavirus to bind to its target cells, therefore blocking this route of infection effectively stops the cell entry mechanisms used by the virus.

A cell culture experiment also showed Metadichol® was able to inhibit virus replication and, as discussed above, may also impact the immune response via the vitamin D pathway. Furthermore, known co-morbidities for COVID-19 infection, such as hypertension and diabetes may also benefit from Metadichol®.

In 1903 Thomas Alva Edison said “The doctor of the future will give no medicine, but will interest his patient in the care of the human frame, in diet and in the cause and prevention of disease.” Metadichol® may fulfil his vision.

Further cell culture studies have been done, focusing on a range of other viruses, including influenza, Ebola, and yellow fever. However, these findings have not yet been translated into rodent or animal models. A number of case studies, each investigating various disease, have also shown benefits of the supplement in viral diseases and other diseases, such as type 2 diabetes skin diseases and hypertension.

Studies conducted in India, the U.S. and Switzerland have suggested that Metadichol® is effective against bacteria, TB and Malaria. Dr Raghavan reports promising results from research exploring the effects of the compound in the fight against tuberculosis. The studies found that it was possible to inhibit the growth of drug resistant MDR as well as XDR in vitro. Clinical studies are ongoing in TB patients to investigate its potential as an immune booster against tuberculosis. 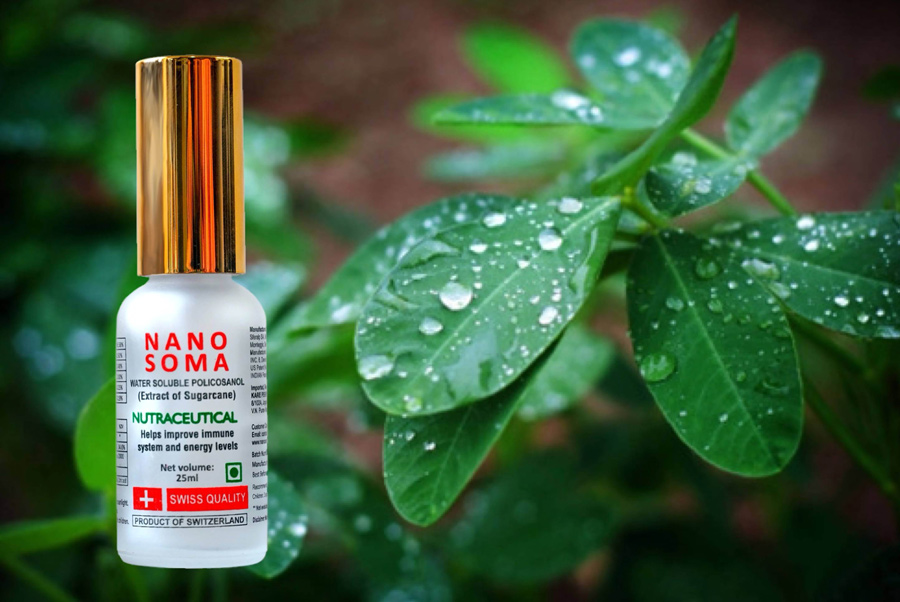 A novel dietary supplement
Metadichol® is a non-toxic product made from renewable sources. It is available as a spray, an edible gel and in cream form. In using a topical cream or gel applied to the skin, Metadichol® can promote the therapeutic and immune effects of vitamin D, in addition to enhancing vitamin C utilisation and collagen formation.

Nano-emulsions are gaining attention due to their improved drug solubilisation capacity, long shelf life, ease of preparation and improved drug bioavailability. Metadichol® is water soluble, and able to penetrate cells and act on nuclear receptors, bind to DNA and regulate the expression of genes. Metadichol® is thought to increase telomerase activity in umbilical cord cells 16-fold at 1 picogram/ml, and in doing so, could optimise the number of immune cells in the body available to fight infections and also the potential to reverse ageing.

When this delivery method is combined with a compound with reported benefits for a number of human diseases, it is clear to see why Metadichol® has so much potential for human health.

As Metadichol® binds to vitamin D receptors and displaces bacteria what are the impacts on other pathways and functions that are normally facilitated by vitamin D?

<=”acceptedAnswer”> We have carried out a study of Metadichol® with THP1 cells and seen that it expresses over 2300 genes. We have narrowed this to 754 genes, of which over 600 are regulatory genes, each of these genes control 10-100s of other genes. Over 200 major pathways are activated. The key pathways based on our unpublished work and ongoing work are metabolism, cholesterol biosynthesis, innate immune system, adaptive immune system, and steroid biosynthesis (p values of E (-20) or lower). Metadichol® works at fine-tuning the biological system through the regulation of metabolism and immunity that are key to mitigating most diseases at the macro level.

Dr P. R. Raghavan is CEO of Nanorx Inc. He has a PhD in Organic Chemistry from Oregon State University (1979) and a M.S. in Chemistry (1972) from I.I.T. Mumbai. He has 25 years of drug discovery experience at Columbia University, Max Planck Institute, Germany, Ciba-Geigy (now Novartis) and Boehringer-Ingelheim Pharmaceuticals.

One thought on “Metadichol® a novel nano lipid formulation”