Health & Medicine
Professor Silvia Conde and her team from the NOVA Medical School, NOVA University of Lisbon, have proposed a new strategy for treating metabolic diseases. Previously, they showed that an over-active homeostasis sensor called the carotid body could cause insulin resistance and disrupt glucose tolerance, common in Type 2 diabetes. In their new study, Prof Conde’s team applied a kilohertz frequency alternating current into the carotid sinus nerve of diabetic animal models, which resulted in a significant recovery. This type of bioelectric neuromodulation could be developed into an alternative therapy and clinical diagnostic tool for a range of metabolic disorders in the future.

There’s no sugar coating it – how and what we eat has a huge impact on our bodies. A high fat, high sugar diet can upset a body’s mechanism to deal with the excess. This upset can cause resistance to the sugar-regulating hormone insulin and failure of insulin-secreting pancreatic beta cells. These result in deterioration of overall glucose metabolism. Once diet and exercise can no longer contain the condition, patients need external glucose-lowering agents to control their blood sugar levels.

Despite a number of treatment options, Type 2 diabetes is one of the fastest growing health threats in the world, with a predicted 500 million global patients by 2040. Many patients maintain poor glucose control despite insulin treatment and combination therapy, which suggests these strategies may not treat the prime sources for the disease onset.

Due to their insulin-sensing ability, carotid bodies are likely to be important metabolic sensors for controlling energy homeostasis.

In fact, obstructive sleep apnoea and ovarian syndrome patients have also shown resistance to insulin. If distorted glucose tolerance can occur independently from obesity, some unknown biological triggers could be at the root of these metabolic disorders.

Carotid bodies
One possible trigger candidate for Type 2 diabetes is the carotid body. Carotid bodies are chemoreceptors located in the bifurcation of carotid arteries, which run along both sides of the throat. Their main purpose is to detect changes in oxygen, carbon dioxide and pH levels in the blood. When faced with dangerous levels, carotid bodies increase the frequency of impulses, known as ‘action potentials’, in their sensor nerve, the carotid sinus nerve. This nerve signals the central nervous system to turn on a range of responses to calm the situation. These responses induce homeostasis – balance of the internal environment.

Prof Conde’s research team saw the carotid body as a new therapeutic target for treating metabolic diseases. In 2017, they performed a chronic bilateral surgical resection (partial removal) of the carotid sinus nerve, which disconnected its signalling to the brain in diabetic rat animal models. Astonishingly, they found that resection of the sinus nerve restored normal insulin sensitivity and glucose homeostasis for up to 11 weeks. Prof Conde’s study proved that an over-active carotid body could therefore be key to understanding the pathophysiology of Type 2 diabetes and other metabolic diseases.

However, Prof Conde suggests that the surgical procedure is an unlikely therapy for diabetic patients. Resection of the carotid body is not only irreversible and invasive, but could have lasting side effects, such as impaired responses to oxygen and carbon dioxide levels, and loss of adaptation to exercise and blood pressure regulation. A safer way of decreasing carotid body function was therefore still missing.

Bioelectric neuromodulation
Prof Conde’s team embarked on the hunt for an alternative solution. In partnership with Galvani Bioelectronics (formerly GlaxoSmithKline Bioelectronics), her 2018 study proposes a new strategy for rebooting over-active carotid bodies – energy itself, or in this case, electricity.

The team hoped to find out whether bioelectric modulation of the carotid sinus nerve could restore insulin sensitivity and glucose tolerance in Type 2 diabetic animal models. A group of rats were fed a high fat and sugar diet for 14 weeks, after which cuff electrodes were implanted bilaterally into the carotid sinus nerve of the diabetic group. Similar electrodes were also planted onto control group rats, fed with a normal diet. Additional sensors were placed in the rat diaphragm to record electrical activity of the skeletal and heart muscles.

A 50 kilohertz (kHz) frequency alternating current (KHFAC) was then run through the electrons into the carotid sinus nerve. After nine weeks of bioelectrical treatment, the rats were examined for insulin sensitivity and glucose tolerance by measuring biomarkers such as plasma insulin, glucagon, c-peptide and lipid profiles.

The results were remarkable. The team found that the bioelectric treatment significantly increased insulin sensitivity and glucose tolerance after one week. These effects continued throughout the rest of the treatment period but reversed back to diabetic levels after the KHFAC was ceased. Bioelectric treatment showed similar efficiency as did resection of the carotid sinus nerve. However, bioelectric modulation was fully reversible, and had no significant side effects.

Prof Conde highlights that currently no medical device links carotid body function to neuroendocrine status, nor are there any clinical guidelines focusing on how the organ balances glucose and lipid homeostasis. She highlights that functional diagnosis of the carotid body would also have disease predictive value, as it could screen for patients with developing respiratory and metabolic disorders.

Overcoming side effects
Despite these predictions, neuromodulation of the carotid sinus nerve is still far from a viable therapy. Bioelectric modulation can result in similar side effects as surgical resection, since KHFAC treatment could affect other functions of the carotid sinus nerve, such as accurately adjusting blood pressure. Although these effects did not appear in Conde’s 2018 study, the continuous electrical current into the nerve could impair blood pressure fine tuning, exercise intolerance and carbon dioxide sensitivity in humans.

Prof Conde’s team currently focuses on minimising the off-target effects of bioelectric neuromodulation. One way to do this is to identify and characterise specific neural circuits related to over-activity in metabolic diseases. The team hypothesises that different fibres within the nerve link to different stimuli and mapping out these neural pathways can develop selective therapeutic modulation.

Prof Conde states that promising uses for continuous high frequency blocking of the sinus nerve would be “to resynchronize action potential firing disease patterns in specific fibres” or perform an “intermittent block of the carotid sinus nerve”. These approaches could lead to bioelectric treatments that discriminate between glucose and insulin mediating pathways without affecting others, such as oxygen and carbon dioxide chemo-sensitivity.

Thoughts for the future
Overall, Prof Conde’s research shows how little we still understand our basic energy metabolism. Her research takes us a step closer to the root causes of common disorders like Type 2 diabetes. The proposed bioelectric treatment of the carotid body is a tuneable and reversible strategy, which could have minimal interference with a patient’s daily activities. However, as Prof Conde points out, the next step is to find a bioelectric method for selective modulation and with no off-target effects.

How did you first get interested in the possibility of bioelectric neuromodulation of the carotid body?
After our publication in 2013 in Diabetes (Ribeiro et al., Diabetes, 2013) where we described how the carotid body is involved in the genesis of peripheral insulin resistance and that carotid body dysfunction is present in animal models of metabolic dysfunction, we were contacted by the recently (at that moment) formed GSK bioelectronic unit. They were searching for diseases controlled by the peripheral nervous system that could be targeted bioelectronically. We started a collaboration with them that resulted in the present findings – that carotid sinus nerve bioelectronics modulation can restore insulin sensitivity and glucose homeostasis in animals with Type 2 diabetes.

The carotid body: A candidate for regaining glucose tolerance in Type 2 diabetes was last modified: May 22nd, 2019 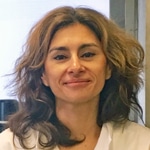 Silvia Conde graduated in Biochemistry in 2000 and pursued her PhD in 2007 from both NOVA University of Lisbon and the University of Valladolid. She is Principal Investigator at CEDOC and assistant professor at NOVA Medical School. In 2009 she was awarded the Portuguese L’Oréal Medals Honor for Women in Science.

Prof Conde’s work focuses on the carotid body and its role in metabolic diseases.

2 thoughts on “The carotid body: A candidate for regaining glucose tolerance in Type 2 diabetes”