Earth & Environment
The Arctic contains important records of tectonic and geological oceanic history, yet is a vastly under-sampled area. However, a better knowledge of the past climate and tectonic history of this region is crucial to understanding contemporary climate change and modern geological hazards. This is what makes the research of Dr Lindsay Worthington at the University of New Mexico and fellow researchers so important. Their collaborative work to develop new proposals and reinvigorate existing proposals for scientific ocean drilling in the region will combat the issue of under-sampling in the Arctic.

The Northern Pacific, Bering Sea and Western Arctic regions contain important tectonic data, paleoclimatic records (data concerning the earth’s past climatic changes) and paleoceanographic records (data concerning the history of the oceans in the geologic past with regard to circulation, chemistry, biology, geology and patterns of sedimentation and biological productivity). These records can be used to obtain a better understanding of modern day climate change as well as geologic hazards in the area, including volcanism and tsunamis, as well as the Alaska-Aleutian margin. This is a boundary between two tectonic plates in the region that has been associated with several large magnitude earthquakes in the last decade alone.

These regions remain seriously under-sampled by scientific ocean drilling however, and is necessary for obtaining these tectonic, paleoclimatic and paleoceanographic records. Only one International Ocean Discovery Program (IODP) drilling expedition has been north of the Aleutian Islands (a volcanic island chain belonging to both Russia and the USA in the North Pacific) since 1971, and only one expedition has recovered cores from the Arctic Ocean. The entire eastern Gulf of Alaska has never been drilled. 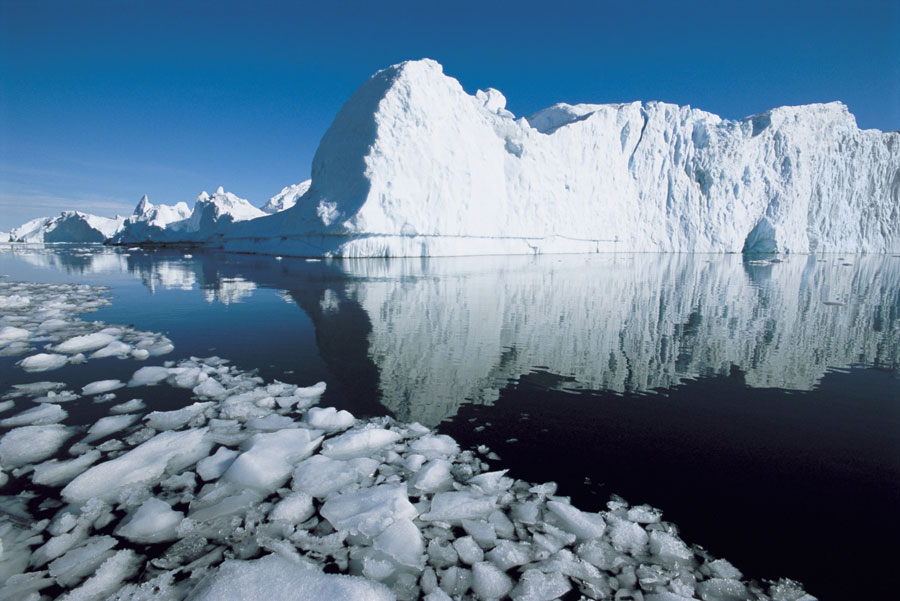 Both tectonic, paleoclimatic and paleoceanographic records can be collected via the coring and drilling of sea floor sediments and sea ice via the US National Science Foundation’s (NSF) funded drill ship, the R/V JOIDES Resolution which serves the NSF International Ocean Discovery Program (IODP). This ship is scheduled to operate in the North Pacific in 2023. This presents a tremendous opportunity for planning and achieving high-priority science objectives in this region. In order to ensure that this ship is used to its best advantage, it is necessary that drilling expeditions are proposed prior to this time.

This is just one such proposal that has the potential to extraordinarily advance knowledge on modern climate change and geologic hazards.

Well-conceived and coordinated drilling expeditions are needed, both to expand scientific understanding and to make effective use of the NSF’s funded drill ship. This is why in September of 2018, 76 scientists from nine different countries participated in the workshop ‘Scientific Exploration of the Arctic and North Pacific: Community-driven Priorities for Ocean Drilling’. Convened by Dr Lindsay Worthington from the University of New Mexico, as well as Dr Kristen St. John from James Madison University, Dr Bernard Coakley from University of Alaska, Dr Juliane Mueller from the Alfred Wegenger Institute and Dr Matthias Forwick from the University of Tromso, the workshop aimed to develop new proposals and reinvigorate existing proposals for scientific ocean drilling in the area. Funded by the International Ocean Discovery Program, the US National Science Foundation, the US Bureau of Ocean and Energy Management and the Norwegian Petroleum Directorate, this project and associated workshop focused on regional coordination, therefore encouraging the development of new coordinated drilling strategies. Successful drilling proposals usually take four years from initial submission. Therefore, the rationale for the workshop was to form proponent groups to submit proposals for scientific drilling to IODP, in order to take full advantage of the planned availability of the JOIDES Resolution.

What will Ocean Drilling achieve?
Ocean drilling is necessary in order to explore and study the composition and structure of the Earth’s oceanic basins. Ocean drilling can enable access to marine sediments, which contain important archives for better constraining past climate and tectonic history. This information is critical to understanding modern climatic changes as well as geologic hazards.
In the North Pacific, the Bering Sea and the Arctic Ocean region, previously limited drilling is currently hampering scientific understanding of fundamental Earth processes such as the impacts of oceanic exchange between the Arctic and North Pacific Oceans on long-term climate evolution. Variations in climate change can be seen in marine sediment cores that enable reconstructions of changes in sea level, ocean salinity, temperature, sea-ice extent, and the response of marine ecosystems. This paleoclimatic data can be used to inform understanding of contemporary climate change. It is therefore pertinent that these historical records are accessed via ocean drilling. 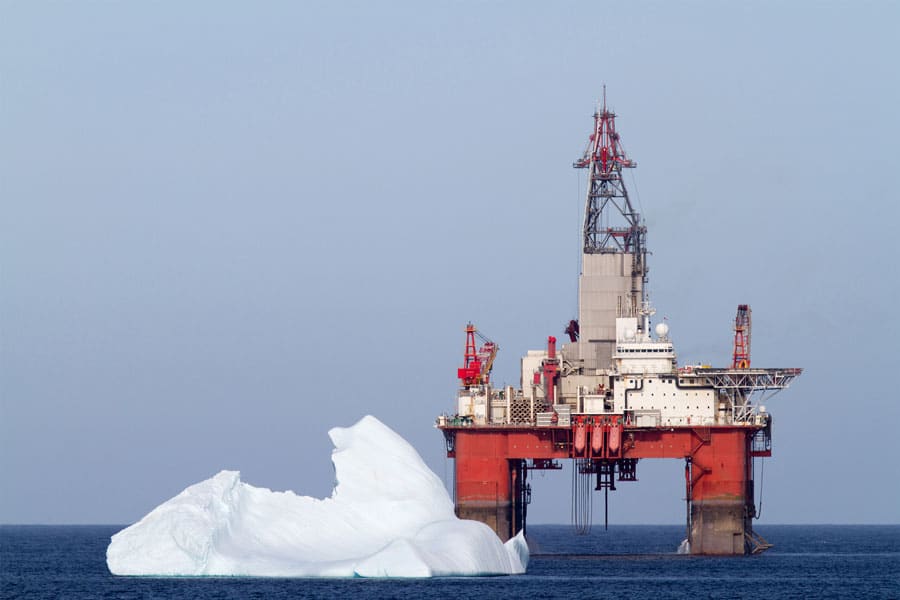 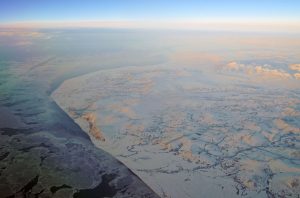 Not only can ocean drilling inform current knowledge of contemporary climate change, it can also expand knowledge of Alaskan earthquakes, and other tectonic activity in the area. By finding out more about past tectonic activity in the area through obtaining data on the evolution of the mantle magmatic source in the egion, understanding of subduction and tectonics in the North Pacific can be increased. Further paleoceanographic data concerning patterns of subduction zone earthquakes, submarine landslides and tsunamis can also be accessed through ocean drilling. Increasing knowledge on these fundamental issues has great potential to help modern understanding of tectonic activity and climate change through the use of paleoceanographic reconstructions.

Workshop Summary and the Future of Ocean Drilling for Research in the Arctic
A particular focus of the Scientific Exploration of the Arctic and North Pacific workshop was to get early-career scientists involved with the drilling program, in order to ensure longevity of research. To support this goal, a pre-workshop session discussed the process of preparing, submitting, and revising drilling proposals, as well as what happens after a proposal is selected for scheduling. Notably, the workshop was successful in engaging early-career scientists, but was also crucial in developing new collaborations, as well as strengthening existing partnerships in order to create proposals that have the potential to advance scientific knowledge in the region.

It is safe to say that the Scientific Exploration of the Arctic and North Pacific project has made a significant contribution to future knowledge.

During the workshop, a total of 15 proposal ideas were recognised as priorities, and science and data leads were identified. These proposals spanned the geographic region of interest, and included three for the Bering Sea, four for the Arctic and eight for the North Pacific. These proposals were written by proponents at the meeting as well as by other researchers in the broader community. 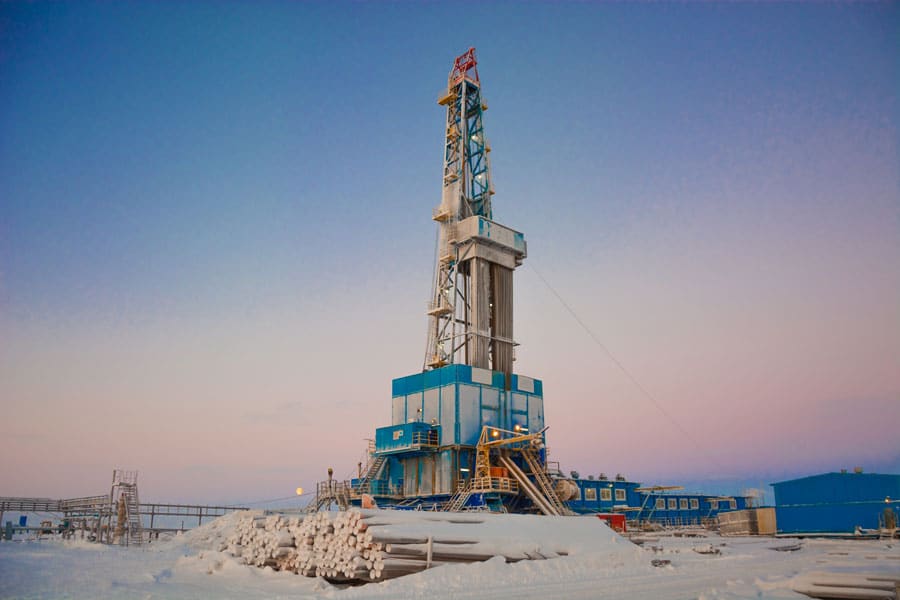 Through the study of higher resolution paleoseismic records (records of past tectonic and seismic activity), it is likely that more can be learned about the factors that contribute to the intensity of mega-thrust earthquakes. Southern Alaska presents a great opportunity to investigate these factors, due to the excellent conditions thought to have preserved high resolution data. It is thought that through ocean drilling, more could be learnt about how mega-thrust earthquakes progress. 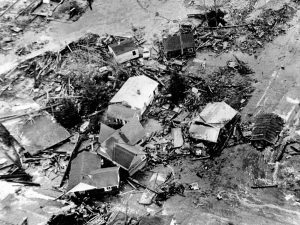 This is just one such proposal that has the potential to extraordinarily advance knowledge on modern climate change and geologic hazards through ocean drilling in the North Pacific, the Bering Sea and Arctic Ocean region. 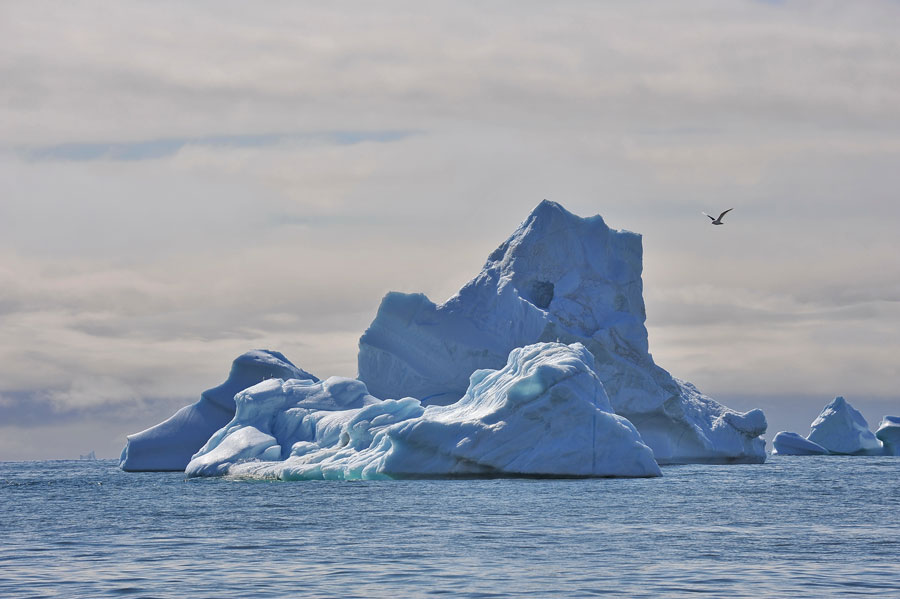 Other than the NSF’s funded drill ship, what made you and your collaborators realise the need for a workshop to address a lack of ocean drilling in the North Pacific, the Bering Sea and the Arctic Ocean region?

<> The Arctic region is one of the last frontiers in oceanography and tectonics and has essentially operated as a ‘black box’ for many questions addressing global and hemisphere-wide processes. Further, climate change at these high latitudes presents a scientific challenge with far reaching societal implications. Accessing archives of past climate can help us understand what to expect as the Arctic warms in the future. In Alaska, multiple large scientific initiatives in recent years have contributed significant insight into Earth structure. Ocean drilling is the next step in ground-truthing observations.

Drilling for knowledge: A collaborative approach to ocean drilling in the Arctic was last modified: May 30th, 2019

Dr Worthington is an assistant professor at the University of New Mexico. She uses seismology and geophysics to study Earth structure, mountain-building, glacial dynamics and plate boundary fault processes.

Dr Lindsay Worthington’s research focuses on subsurface imaging of the Earth’s crust to understand geologic processes such as mountain-building and feedback between surface processes and tectonics.