Health & Medicine
Lower back pain is a common health issue in adults. Many treatments, both conventional and alternative, are available. Dry needling is an alternative medicine technique that is gaining popularity among physical therapists and their patients. In an upcoming study, Dr Ulrike Mitchell of Brigham Young University, Provo, USA and her team will investigate the potential of dry needling to relieve pain and improve functionality in lower back pain sufferers.

Lower back pain is an extremely common complaint. Around 80% of adults will experience lower back pain at some point in their life. Although sometimes there is an obvious cause, the source of the pain is often unknown; fortunately, many cases resolve themselves within a few weeks. However, 20% of people with lower back pain will develop a chronic condition, where the pain persists for more than 12 weeks.

Chronic back pain sufferers may try many different treatments, including alternative medicine techniques. Some of the most popular choices are manual therapies, which include osteopathy, chiropractic treatment and physiotherapy. Within the field of physiotherapy, a treatment known as dry needling (DN) is becoming increasingly common, both for back pain and for ailments affecting other parts of the body.

Although DN appears superficially similar to acupuncture, the two practices are actually quite different. Acupuncture originates in traditional Chinese medicine and aims to treat ailments by altering the flow of “chi,” or energy, within the body. In contrast, practitioners of DN follow clear evidence-based guidelines to target specific problem areas, known as “trigger points”, in muscles.

During DN, a therapist uses very fine, stainless steel needles, called filiform needles. These are inserted into specific myofascial trigger points – which are sometimes called “muscle knots” – underneath the skin. Trigger points are spots in muscles that produce pain when pressed or irritated. The best way to detect trigger points is a subject of debate but may largely rely on the skill and experience of the therapist.

Dry needling has been shown to be effective in reducing pain, but a great deal remains unknown about how it actually works.

Can dry needling relieve pain and improve movement?
The primary aim of DN is to treat muscle pain and impaired movement. Exactly how this is achieved is currently poorly understood. However, it is generally accepted that when the needle is inserted into the trigger point, it creates a local muscle twitch, which inactivates the trigger point. Several different theories have been suggested to explain this inactivation. Most of these involve the effect of DN on muscle fibres (individual muscle cells) and the nervous system, which controls muscle action.

As with many alternative medicine techniques, the efficacy of DN is sometimes controversial. For example, one study has suggested no difference in treatment effect between DN and placebo, while others have shown that DN can effectively reduce pain when compared to other treatments. Other studies have found that DN seems to be better at reducing pain than either stretching or electric nerve stimulation, and at least as effective as manual trigger point release.

A new study
Even though some evidence suggests that DN is effective in reducing pain, a great deal remains unknown about how the technique works. Clearly, more research is needed if the full potential of DN is to be understood.

Dr Ulrike Mitchell and her team aim to fill some of the gaps in our knowledge of DN. Previous studies have focused on it as a method of pain relief. In a new study, Dr Mitchell will try to find the working mechanism behind DN while examining whether DN can improve functionality – in other words, reduce disability in back pain sufferers.

In this first-of-its-kind study, Dr Mitchell and her team will investigate the effect of DN in three areas: pain, functionality and mechanism.

Dry needling and pain
Dr Mitchell will measure pain using the pain pressure threshold (PPT). This is defined as the minimum amount of pressure needed to cause the patient to feel pain. Previous studies have found that DN can increase the PPT, indicating a reduction in patient’s pain. In this study, Dr Mitchell will assess how the PPT changes after treatment in the two groups of patients: those who receive DN, and those in the control group who receive the sham-needle treatment.

Dry needling has been shown to be effective in reducing pain, but a great deal remains unknown about how it actually works.

Dry needling and functionality
Some patients suffer reduced physical ability, or functionality, due to lower back pain. After one week of treatment, Dr Mitchell will investigate whether functionality is higher in patients who have received DN, compared to those who received the sham-needle treatment.

Patients’ functionality will be checked using several questionnaire-based assessments. One of these is the Patient-Specific Functional Scale, which is a widely accepted method to compare a patient’s functionality before and after a particular treatment. Patients choose five important daily activities – for example, putting their shoes on – and rate these on a 0-10 scale of difficulty. After treatment, patients rate the same activities on the same scale, to see if there has been any change in functionality.

Dry needling: mechanism
Dr Mitchell hopes to discover whether DN of a particular trigger point can also increase the PPT of trigger points in other muscles innervated by the same segment (a segment is part of the spinal column, made up of two vertebrae and the space between them; in each segment, two spinal nerves innervate the surrounding muscles), or even on the same side of the body. This will improve our knowledge of the mechanism by which DN can reduce pain.

Dr Mitchell and her team will recruit 50 patients, aged between 18 and 65, to this study. These patients must have a painful trigger point in their lower back and gluteal muscles. Half will be assigned to the DN group, and half to the control, sham-needle treatment group. Both groups will receive two to three “treatments” over the course of one week, as well as therapeutic exercises.

Normally, a double-blind trial, where neither the physician/therapist nor the patient know whether they are in the treatment or control group, is ideal. In this case, it is impossible to blind the therapist to the type of needle they are using. Instead, to ensure a fair test, one therapist will perform both DN and sham-needle treatments, while another will carry out the testing and therapeutic exercises.

Revealing the facts
Dr Mitchell and her team hypothesise that DN will increase PPT in the lower back muscles, decrease lower back pain and improve functionality, when compared to the sham-needle treatment. In addition, DN of a specific trigger point should increase PPT in trigger points in other muscles innervated by the same segment (i.e. gluteals). The use of sham needles as a control will give this study a level of reliability that has previously been difficult to achieve.

Whatever the results, this study will add to the growing body of research around alternative medicine techniques and muscle pain management. Physical therapy is an evidence-based skillset; it is therefore essential that as techniques such as DN increase in popularity, their use is supported by a sound evidence base. This allows both patients and their therapists to be confident in the benefits of their chosen treatment. If DN becomes a standard part of the physical therapist’s toolkit, patients may be able to enjoy a smoother, quicker rehabilitation from debilitating pain.

Do you think that dry needling has the potential to replace other, more conventional physical therapy practices, or is it best used as just part of a treatment regime?

<>I don’t believe that DN will replace other practices, nor should it. It is an additional skill that physical therapists can obtain through continuing education; however, only relatively few therapists take advantage of this opportunity. Those who do generally find DN to be very effective in treating muscular pain. DN should always only be used as an adjunct treatment, never as a stand-alone practice. DN is not the panacea for all muscle pains, but it has earned its place in evidence-based practice. The mystery surrounding its working mechanism makes it so interesting to research.

Dry needling could hold the key to relieving lower back pain was last modified: January 29th, 2020

Mitchell, U. 2019. Does the addition of site-specific trigger point dry needling to physical therapy exercise intervention evoke segmental neuromodulation in the lower extremity and if so, do these changes make an impact on the subject’s disability? Unpublished text

Mitchell, U et al. 2018. Positional changes in distance to the pleura and in muscle thickness for Dry Needling. Physiotherapy Mitchell, U et al.2018. The construction of sham dry needles and their validity. Evidence-based Complementary and Alternative Medicine http://doi.org/10.1155/2018/9567061. 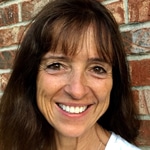 Ulrike Mitchell received her Bachelor of Physical Therapy in Germany, was manual therapy certified and received her advanced Master of Physical Therapy degree from the University of St. Augustine, FL, in 2000. She graduated from Brigham Young University, UT, in 2005 with a PhD in Exercise Science. She teaches at BYU Advanced Musculoskeletal Anatomy and Orthopaedic Impairment. Ulrike is an Orthopaedic Certified Specialist (OCS) and a Fellow of the American Academy of Orthopaedic Manual Physical Therapists. Her research is currently directed towards 1) the effects of dry needling and 2) the health of the intervertebral disc.

This project is in part funded by the American Academy of Orthopaedic Manual Physical Therapists (AAOMPT). 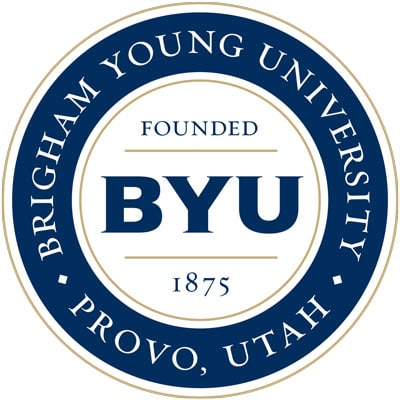 Mitchell U., 2019, "Dry needling could hold the key to relieving lower back pain" Research OUTREACH (110). Available at: https://researchoutreach.org/articles/dry-needling-could-hold-the-key-to-relieving-lower-back-pain (Accessed YYYY/MM/DD)