Earth & Environment
Gary Yohe, a Professor of Economics and Environmental Studies at the Wesleyan University has been on the front lines of climate change research for the last 40 years. This is an overview of his influential work on climate change risk management, adaptation, mitigation, detection and attribution.

Gary Yohe specialises in Microeconomic theory, Natural Resources, and Environmental Economics. As well as his research on the economics of climate change and integrated assessment modelling, he has edited books like ‘Avoiding Dangerous Climate Change’ (Schellnhuber et al, 2006) and ‘Microeconomics: Theory and Applications’ (Mansfield and Yohe, 2003). He has been involved with the United Nations Intergovernmental Panel on Climate Change (IPCC) since the mid-1990s, and was a senior member of the IPCC when it was awarded a share of the 2007 Nobel Peace Prize with Al Gore. Yohe was a member of the New York (City) Panel on Climate Change and the standing Committee on the Human Dimensions of Global Change of the National Academy of Sciences. He was also vice-chair of the Third National Climate Assessment under the Obama Administration.

Yohe’s focus on climate change started in the early 1980s when he was invited by William Nordhaus to participate in a National Academies Panel on that topic, at a time when globally only ten or so economists had any knowledge of the issue. His initial work created “spaghetti graphs” to depict a wide range of possible carbon emissions scenarios. Since then, he has published more than 190 scholarly papers, policy notes, and opinion pieces on climate change mitigation from an economic perspective. 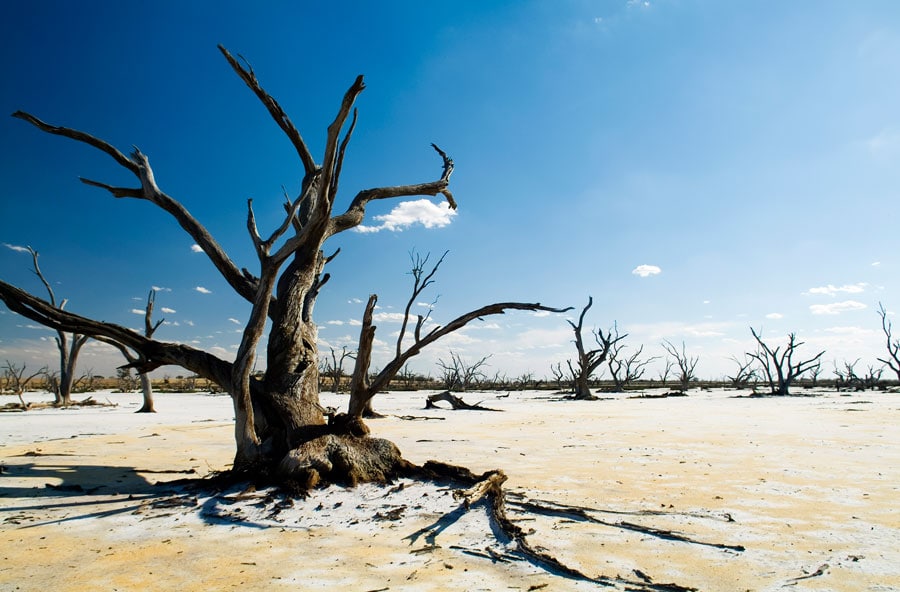 Most recently, his ‘A Review of Discerning Experts’ (Yohe, 2019) has attracted attention because of the insights he presents from his experiences with the IPCC. These insights were directed at changing the way the world, and its decision-makers, should consider climate change and climate policy risks.

Over the course of his long career, Yohe has posed the following key pointers:

Changes in approach
In 2007, the United States Supreme Court found that carbon pollution “may reasonably be anticipated to endanger public health or welfare”. That decision implied that carbon dioxide – the most important greenhouse gas – could be treated as a pollutant under the Clean Air Act. Carbon is no ordinary pollutant. Like methane and other heat-trapping gases, it is different from other more familiar atmospheric or water borne pollutants. These pollutants are not regional, contemporaneous, or easily controllable; nor are their consequences reversible. Rather they are global, do not respect social, economic or political boundaries, and their effects extend well into the distant future. Greenhouse gases therefore require large collective actions over centuries.

While the IPCC initially applied cost-benefit analysis approaches to this pollution problem, one of Yohe’s key contributions was his collaboration with many others on the creation of “Reasons for Concern (RFCs)” in Chapter 19 of the Contribution of Working Group Two to the Third Assessment of the IPCC (Bernstein et al, 2007). There, he and his colleagues spelled out five reasons for concern about climate change, but only two were fundamentally economic. The other three highlighted extreme events, risks to unique and threatened systems, and large-scale discontinuities; each could be calibrated in whatever metrics were appropriate. Iterations of RFCs have appeared in subsequent publications from IPCC and various scholarly journals like Proceedings of the National Academies of Science and Climatic Change. His work has contributed to this legacy because it measures the impacts of climate change using not only monetary currency, but also metrics such as species loss and the loss of one particular species – humans. Using this expanded range of metrics revised perceptions of how climate change is analysed by scholars and perceived by decision-makers – making it much more realistic in terms of how the world really works.

Iterative risk management
Yohe considered that bringing risk management to the fore was (in his mind and many others) the most important conclusion from any IPCC report assessment. He was right. These were, and still are, the 30 most important words authored by the IPCC (Bernstein et al, 2007, pg. 22). Notice that they, too, were from 2007 (a seemingly historical high point). That Synthesis Report concluded that global warming was “unequivocal” with human emissions of greenhouse gases the primary cause, and that “Responding to climate change involves an iterative risk management process that includes both adaptation and mitigation and takes into account climate change damages, co-benefits, sustainability, equity, and attitudes to risk”.

These sentences changed forever the way that decision-makers across the planet look at climate change. The days of claiming that the planet was not warming were over. And cost-benefit analysis could no longer be used as the only approach to a policy debate. It took many years for Yohe and his varied colleagues to get widespread recognition for this conclusion across the globe, but it happened.

Detection and attribution
It has been known for at least two decades that climate change has advanced beyond the point where mitigation alone can solve the problem. But decision makers still need to be able to attribute the risks that they observe to climate change given “confounding factors” like population growth that influence a particular risk in concert with climate change. Why? Because it is impossible to project future climate-driven impacts without understanding the causalities and correlations between markers like global mean temperature and non-climatic factors like population and, finally, detected risks (likelihood and consequence, remember).

Sea level rise
Sea level rise and coastal zone management is the perfect laboratory to examine adaptation and mitigation options using a risk-management perspective in the context of detection and attribution issues. For example, Hurricanes Harvey, Irma and Maria (etc.) showed that estimates of losses must be calibrated in the metric that makes the most sense. It is here where the metric of currency is shown to be most lacking – a human life is a life is a life. With the evolution of Yohe’s work in coastal zones, it has become apparent that we should prepare for a future that would prevent more extreme violations of past conditions (by mitigating) as well as preparing to protect against previous records – even the historical worst extremes in terms of damage.

At this point, the risk-management approach asks, “How much insurance should we buy?” and “How can we respond after an event that exceeds the boundaries of that insurance?” to communities who have seen those questions before.

The days of using cost-benefit analysis as the only approach were over. Risk management was the way forward.

Adaptive and mitigative capacities
Yohe’s work with others (e.g., Yohe and Tol, 2002) has helped to identify the following list of underlying determinants of decision makers’ capacities to adapt and to mitigate. This list, that has been used by researchers from around the world to organise their thoughts about resilience and the ability to respond, includes:

1. access to resources
2. availability of response options
3. strong human, social, and political capital (#’s 3, 4, and 5)
6. a decision-making structure taking responsibility
7. an ability to separate signal from noise, and
8. a population that supported all of the above.

Yohe and Tol proposed a “weakest link” hypothesis (Tol and Yohe, 2007) -– judging the relative strength of each factor and using the minimum to determine overall adaptive or mitigative capacity makes enormous sense. It has been a productive insight in planning adaptation and mitigation.

But the SCC was never intended to estimate the efficient price of carbon (i.e., an efficient tax on carbon). A calculation that supports that policy estimate needs to take account of the cost of mitigation – the other side of the cost-benefit calculation.

However, estimates of the SCC do help to measure the value of policies or programs that may reduce or increase carbon emissions as a side effect. One example is the increased mileage (CAFÉ) standards for automobiles – they increase mileage per gallon (increased fuel efficiency) and reduce emissions of several greenhouse gasses including carbon. Calculations of the SCC give a numerical value to be added to the benefits of (CAFÉ) standards in a cost-benefit calculation.

So, cost-benefit analysis is still in the game, but not everywhere.

The SCC achieved perhaps its most high-profile moment when Justice Sotomayor participated in a three-judge panel that decided that carbon dioxide was a pollutant. The automobile industry took that decision to the Supreme Court. In a 5-3 decision authored by Chief Justice Roberts, the Court agreed that carbon dioxide fell under the Clean Air Act as a pollutant. Without the considerable research of Yohe, such rulings could have been a lot more difficult to achieve.

How has the arena of climate change research changed your career?

William Nordhaus’s invitation to participate in an early National Academy of Sciences report on Changing Climate changed my life. It opened my eyes to an enormous frontier of unexplored but fundamentally critical questions that were ripe for exploration from a rigorous economic perspective. Nobody in the early 1980s knew what those questions might be. Few knew what equations to write down. And so on… It was therefore important to work not only those questions, but also how to think about answers to the fundamental questions – carbon is not a familiar pollutant, Reasons for Concern expand the calibration of damages, iterative risk management is a key for all of those calibrations, but risk and iterative are the most important words, attribution is more important than detection of risk, understanding capacities to adapt or mitigate is very challenging, and the social cost of carbon tries to summarise complexities that cannot be calibrated – but it is the best that we can do to calibrate the carbon effects of policies and programs that are directed towards non-climate goals.

Professor Gary Yohe has devoted most of his professional life to climate change research. This focus started in the early 1980s. Since then, he has published more than 190 scholarly papers, policy notes, and opinion pieces. Most recently, his review of Discerning Experts (#189 on his CV) has attracted attention because he supplemented that volume’s thorough coverage of three case studies with insights from his own research interests and his experiences with the United Nations Intergovernmental Panel on Climate Change, various National Academies of Science panels including America’s Climate Choices (www.nas.edu), the (U.S.) National Climate Assessments (he was a vice-chair of the Third National Climate Assessment), the New York (City) Panel on Climate Change, as well as multiple testimonies before the two branches of the U.S. Congress.

Prof Gary Yohe has, since 1982, dedicated his career to climate change research.

Prof Yohe has had many collaborators throughout his career. His mentors have been William Nordhaus, Thomas Malone, Alan Manne, and Stephen Schneider.