Physical Sciences
Wildland fires spread when flames merge together: individual leaves ignite, the flames merge, and the fire spreads. Similarly, when adjacent bushes catch fire, the flames merge together forming a larger, more intense fire capable of spreading faster. Professor Thomas H. Fletcher of Brigham Young University has carried out laboratory experiments and computational simulations of flames merging together in order to shed light on this process and pave the way to more efficient and computational modelling of wildfires.

The 2018 wildland fire season in California hit international headlines when dozens were killed, and property worth billions was destroyed. According to the National Oceanic and Atmospheric Administration (NOAA), records dating back to 1933 show that California experienced several of its costliest, deadliest, and largest wildfires to date during 2018. According to the Insurance Information Institute, 8.8 million acres were burned in 2018 in the US as a whole, and figures from 2017 indicate that 4.5 million homes in the US are at high or extreme risk of wildfire.

It is crucial to understand how fires spread in order to improve prediction systems and mitigate damage. Professor Thomas H. Fletcher of Brigham Young University, Utah, is at the forefront of research into flame merging, providing a crucial piece of the jigsaw puzzle by investigating the process by which flames from adjoining leaves or bushes join together to form larger flames. 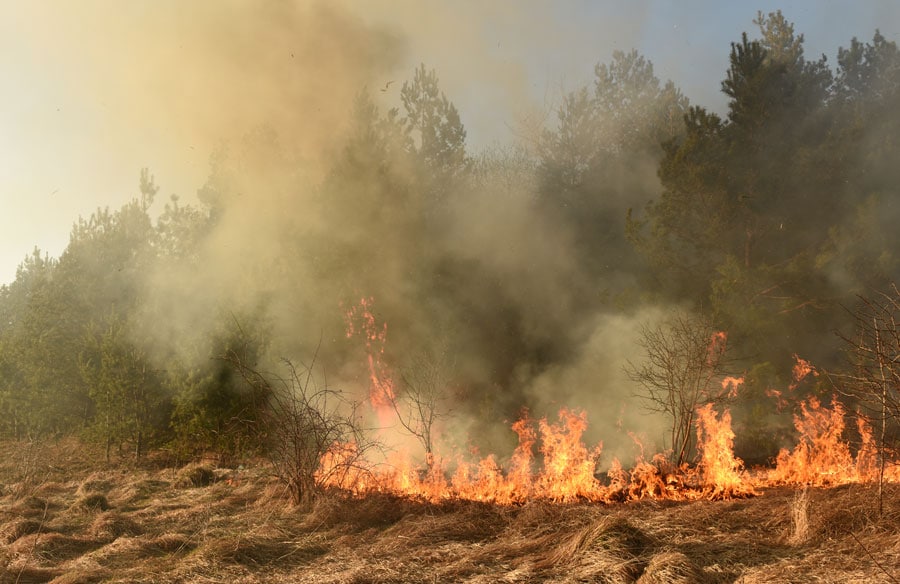 Flame merging in wildland fires
Wildland fires spread when flames merge together, spreading flames both within bushes and from one bush to another. Professor Fletcher has investigated flame merging by carrying out both laboratory experiments and computational simulations of the process. A better understanding of this process could aid the development of more efficient and accurate wildfire prediction models.

Experiments were carried out using two pieces of ceramic felt soaked in n-heptane, designed to reproduce the behaviour of solid fuel sources such as trees and bushes (Figure 1). The pads were 1.5 x 1.5 inch squares, with a thickness of 1/8 inch. The structure of ceramic felt does not change during combustion, and therefore does not affect the flame height and shape. N-heptane-soaked felts do not change shape while they burn, eliminating problems seen in previous studies. The combustion observed during this experiment was therefore very similar to combustion observed in interactions between leaves and bushes. To conduct the experiment, the researchers placed the felt pads on thin ceramic rods with very low thermal conductivity to minimise heat loss, and then varied the distance between the pads. A ruler stick was placed next to the flames to measure flame height. The researchers videoed the experiment, and the flame height and width were calculated from computational analysis of the videos.

Investigating the process by which flames from adjoining leaves or bushes join together to form larger flames is a crucial piece of the jigsaw puzzle.

Professor Fletcher and his team carried out several experiments merging two flames with different initial separation distances. The researchers placed the pads at horizontal distances of between zero and 3.5 inches from each other at the start of the experiments, varying the distance in intervals by 0.5 inches. The vertical distance between the pads was varied in 0.5 inch increments up to 18 inches. The researchers measured the merged flame height, width and area for each combination of vertical and horizontal separation distance.

The team’s findings were compared to simulations of a similar geometry using a computational fluid dynamics model called the Fire Dynamics Simulator. Fluid dynamics models solve equations governing the behaviour of fluids in order to simulate temperatures and velocities in the fire.

What does this mean for wildfire prediction and response?
This comparison of observed and modelled results is important because, having verified that the model accurately reproduces experimental results, researchers could extend the computer model to include additional flames or other important variables present in the real world, such as wind. Solving the fluid dynamics equations is computationally intensive, but enables the development of simpler and faster so-called ‘empirical’ models that describe the process of flame merging based on both experimental and simulated results. This could help with the development of more accurate and efficient models of fire spreading, helping improve the response to wildfires.

This could help with the development of more accurate and efficient models of fire spreading, helping improve the response to wildfires.

Controlled burning to prevent wildfires
Prescribed (or controlled) burning is one way of removing smaller plants in order to help reduce the spread rate of wildfires. When plant material is burned by wildland fires, it goes through two processes: pyrolysis and combustion. In further work, Professor Fletcher and colleagues investigated pyrolysis, the first thermochemical reaction (after the evaporation of water) involved in the process of burning many materials including plant matter. It differs from combustion in that it does not involve oxygen.

The products of pyrolysis (liquid tar, solid char and noncondensing/permanent gases) mix with oxygen at high temperatures, in the presence of an ignition source, within the flammability limits, to form flames. The researchers studied the products of pyrolysis of living and dead tissue for 14 plant species native to the US. The work was repeated for both fast pyrolysis (occurring in a flame) and slow pyrolysis (associated with smouldering). There was only a slight difference in pyrolysis between the living and dead species. However, fast pyrolysis resulted in higher yields of tar than in slow pyrolysis.

These results, along with additional detailed analysis of the differences in the products of pyrolysis for living and dead plants of different species, add to our understanding of the process and can be used to prepare more accurate models to help predict the best conditions in which to carry out prescribed burning and also to limit fire runaway.

Looking to the future
Climate change is projected to increase the length of wildfire seasons and increase the occurrence of the largest fires across the western US due to warmer, drier conditions which dry out vegetation, resulting in more kindling being available for fires. The fires in California in November 2018 were associated with a long hot summer and a late start to the wet season. The number of large fires in the US increased between 1984 and 2011, a trend that NOAA says can be partially attributed to climate change. Professor Fletcher and his team are producing crucial information that will help mitigate the effects of wildfires both now and in the future as the risk increases. More accurate and efficient modelling will be a crucial part of the fight against wildfires, enabling property and lives to be protected.

What impact do you hope that your work will have on wildfire response and prediction?

<> We hope to add value to the science behind prediction of both wildland fires and prescribed fires, both in a time applicable to active fire-fighting efforts and for detailed forensic analysis after a fire. Our research efforts include details about the chemistry and reaction behaviour as well as providing reduced-order computational tools that describe much of the behaviour without requiring several days or weeks of computational time. In this way, we hope to improve both the accuracy and speed of describing paths of fires, enabling better decision-making processes regarding suppression and safety. 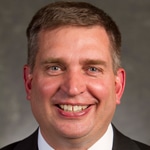 Dr Thomas H. Fletcher is a Professor in the Chemical Engineering Department at Brigham Young University. Before BYU, he worked at the Combustion Research Facility at Sandia National Laboratories in Livermore, California. Professor Fletcher is a world expert in pyrolysis of coal and low-grade fuels, with more than 30 years of experience in coal research.

Professor Fletcher’s research interests include pyrolysis and combustion of coal and biomass, coal gasification, use of synfuels in gas turbines, and fundamentals of wildland fire ignition. 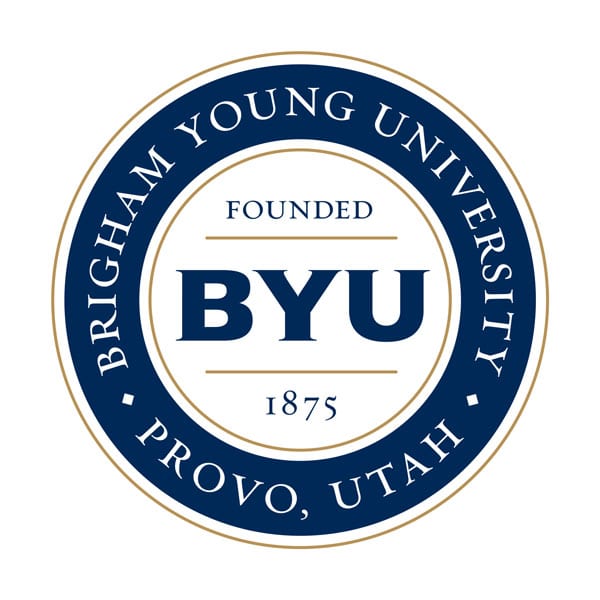