Physical Sciences
Biochar is receiving considerable attention because of its potential use in carbon capture, crop production, water quality control and environmental restoration. For a long time, its activity has been attributed to its adsorption properties. Recent work, however, indicates that biochar plays a much more active role in promoting abiotic and microbial transformations in water and soils, acting as a powerful redox agent. Professor Pei Chiu and his collaborators at the University of Delaware are investigating the links between the electron storage capacity of biochar and its ability to support contaminant degradation and the metabolism of bacteria in soil and sediment. Their findings have implications for contaminant biogeochemistry and may lead to development of new and more sustainable remediation methods.

Biochar is a spectrum of stable, carbon-rich solid material, which has been used for millennia as a soil conditioner to improve the physico-chemical properties of soils and promote their fertility. It can be obtained from biomass of various origins through a process known as pyrolysis, in which wood and other organic materials are heated in the absence of oxygen. Its structure is highly porous, which makes it ideal as a matrix for trapping water, metals, nutrients, and organic chemicals and as a habitat for microorganisms. Biochar has also been actively investigated in view of its role in carbon sequestration: pyrolysis converts easily biodegradable plant carbon into chemically stable biochar, thus preventing its oxidation to carbon dioxide. In addition, biochar may play an important role in reducing biogenic greenhouse gases and thereby mitigating climate change. Despite its large number of environmental and technological applications, the mechanism through which biochar exerts its impacts remains poorly understood.

Biochar as an active electron transfer mediator
Biochar and other black carbon species are ubiquitous in soils and sediments and contribute significantly to the fraction of organic carbon in the environment. They play an important role in the slow cycling carbon pool in soils, therefore taking part in the global carbon cycle. In addition, they can act as highly effective sorbents for organic and metallic pollutants. 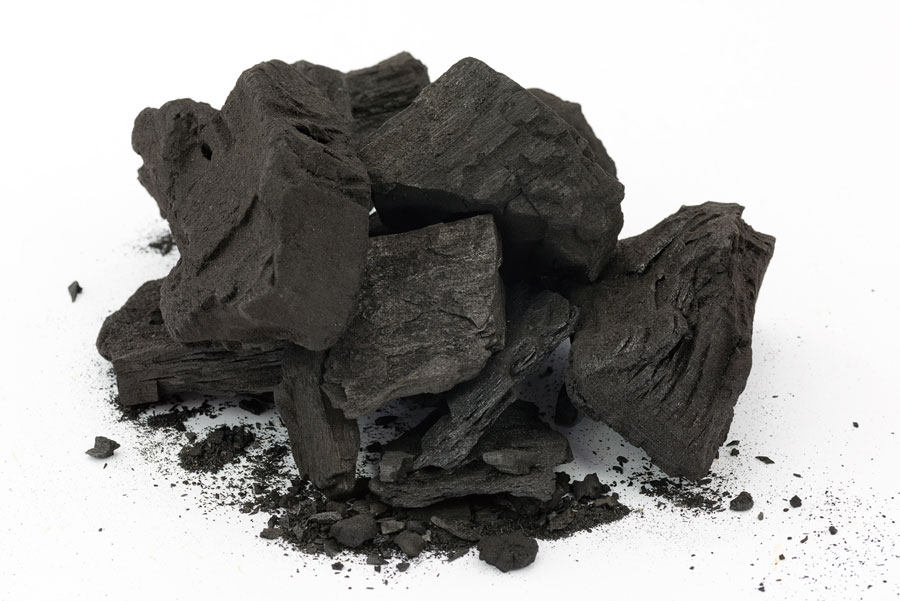 Until recently, biochar has largely been considered a nonreactive sorbent, and most studies on its environmental impact have focused on its role as a chemically inert sequestering agent for various pollutants. Like other forms of black carbon, such as soot, activated carbon, graphite, carbon nanotubes and graphene, it has now been established that biochar, far from being a passive host matrix for pollutants, plays instead a crucial role in catalysing the chemical transformation of many pollutants.

The mechanism through which biochar exerts its catalytic activity is currently being actively investigated. It appears that the graphitic structure and/or the presence of chemically active functional groups, such as (hydro)quinones, are crucial factors in the chemical activity of biochar. In a series of articles published between 2002 and 2009, Professor Chiu and his team have shown that the graphitic structure of black carbon plays a major role by promoting the transport of electrons and hydrogen atoms during organic pollutant reduction. In addition to facilitating chemical reduction processes, biochar can however also play a far more subtle role in driving and regulating chemical transformations in soils. The presence of reactive quinone groups makes it possible for biochar to reversibly store and exchange electrons, thereby enhancing the catalytic efficiency of the material.

Professor Chiu and his collaborators have systematically studied the redox properties of biochar using chemical redox titration, and have shown that ESC is a common property of all plant-based biochars. Depending on the biomass source and pyrolysis conditions, over a billion trillion electrons can be stored and exchanged by a single gram of biochar. In particular, pyrolysis temperatures of 400-600oC appear to be optimal for producing biochars with high electron accepting/donating capacity.

Microbial electron exchange
The presence of a substantial number of quinone groups in high-ESC biochars suggests that biochars can play a role in supporting microbial transformations in soil, by acting as both electron donors and electron acceptors. This can therefore provide a mechanism, alternative or complementary to abiotic catalysis, that could explain the unique redox activities of biochar.

Biochar can be regarded as a reservoir of bioavailable electrons, explaining its key role in beneficial soil amendment processes and soil denitrification.

In order to test this hypothesis, Professor Chiu and his collaborators examined the influence of wood-based biochar on the activity of Geobacter metallireducens, an anaerobic bacterium that oxidises short-chain fatty acids, alcohols and monoaromatic compounds. In normal conditions, this bacterium uses insoluble Fe(III) oxide as an electron acceptor. Professor Chiu’s results indicate that biochar can play a dual role as an electron acceptor in the oxidation of acetate and as an electron donor in the reduction of nitrate to ammonium by Geobacter metallireducens. Biochar can therefore be regarded as a reservoir of bioavailable electrons or electron vacancies, which may explain its key role in beneficial soil amendment processes and soil denitrification.

Soil remediation and climate control
Because of its ability to promote both microbial oxidation and reduction, its rechargeable nature, its large ESC, and its high stability and low mobility, biochar can be a useful electron storage medium for the biodegradation of contaminants and for engineered soil remediation approaches. Approximately 20% of the ESC in biochar is accessible to bacteria in soils. Bacteria can either “eat” or “breathe” biochar, using it as their electron donor or acceptor, as in the case of Geobacter metallireducens, in much the same way as we consume sugar or oxygen to sustain ourselves. Biochar and other black carbon materials are produced globally at a rate of several million tons per year and they may provide an important electron reservoir in soil and sediment, play a critical role in geochemical cycling of trace elements, influence the electron flow through anaerobic microbial ecosystems (and hence the production of different greenhouse gases), and control the fate of contaminants in natural and engineered environments.

The possibility to tailor the electrochemical properties of biochar for specific applications by modifying the pyrolysis conditions and feedstocks is particularly appealing. Biochars can be engineered to possess extensive redox capacities (by exploiting the large number of quinone functional groups at intermediate pyrolysis temperatures) or that act as conductive media through the condensed aromatic sheets generated at higher temperatures. These approaches could prove to be more cost-effective and sustainable than existing technologies for soil restoration.

Implications for biogeochemistry
In addition to guiding the development of biochars of environmental relevance, Professor Chiu’s findings strongly suggest that chars and other black carbons play a larger role in a variety of biogeochemical electron transfer reactions than previously recognised. For instance, the ubiquity of black carbons in soils and sediments may be linked to the ability of microbes in these systems to use them as terminal electron acceptors in anaerobic respiration. In turn, this may shed light on the fundamental question of why natural organic carbon is so good at “shuttling” electrons and on how environmental effects have driven the evolution of electron transfer pathways in living organisms.

One of the most far reaching findings of your research is that the electron acceptor/donor properties of biochar can be tailored by controlling the pyrolysis conditions that convert biomass into char. This may lead to the development of new forms of biochar with novel physical properties. What are the areas and technologies that will most likely benefit from the availability of chars with enhanced ESC and electron transfer properties?

<> I envision (and hope) that, by tailoring biochar’s abilities to conduct, store, and exchange electrons, we can develop cheaper and more effective technologies to avoid formation of biogenic GHGs such as CH4 and N2O, to better manage the global nitrogen cycle, and to restore impaired natural waters and soils. But none of these would be possible without a clear understanding of the basic science. I hope our work can contribute to that understanding, one that will lead to new applications tomorrow that we fail to imagine today. 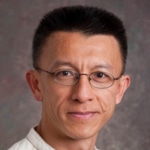 Dr Pei Chiu is a Professor in the Department of Civil and Environmental Engineering at the University of Delaware. His research is concerned with the degradation of chemical and microbial contaminants in natural environments and in engineered systems, such as water treatment and soil remediation systems involving biochar or zero-valent iron.

The goal of Prof Pei Chiu’s research is to understand the origin, distribution, and accessibility of biochar’s electron storage capacity in order to develop novel, science-based technologies.