Natural capital refers to natural assets, including geology, soil, air, water, and all living things. In short, the natural world provides the food we eat, the water we drink, and the materials we consume in our pursuit of society and development. However, to the detriment of society as a whole, short-sighted mismanagement of natural capital, often in the name of economic benefit for the few, is widespread. Overexploitation not only impacts on ecology and biodiversity, but also reduces human resilience to extreme events like soil erosion, droughts or floods, while increasing social challenges such as diminishing food security, conflict over natural resources, and population displacement.

The overexploitation of natural capital is linked to society’s tunnel-vision focus on economic growth, most commonly represented by metrics such as the gross domestic product (GDP). However, we generally fail to recognise the intricate relationship between GDP and natural capital. Moreover, as a measure of short-term economic trends, GDP fails miserably in placing an accurate value on natural capital. Recent years have seen the tide begin to turn: nature-based solutions (NbS) are increasingly promoted and alternatives to GDP have been developed – for instance, the inclusive wealth index (IWI), which includes three capital types: physical (infrastructure and building), human (education and health), and natural (forest, land, water, and fuel). Political, industrial, economic, and social initiatives are increasingly taking into consideration social and environmental impacts, aiming for carbon neutral/negative status has become mainstream, and ‘ethical consumers’ represent an increasingly powerful voice.

The natural world provides the food we eat, the water we drink, and the materials we consume.

Recently, the World Economic Forum and partners launched 1t.org, a multi-stakeholder initiative to support efforts to grow, restore, and conserve 1 trillion trees around the world. The ‘4 per 1,000’ initiative (www.4p1000.org), launched by the French government at the COP21 Paris climate summit in 2015, aims to boost carbon storage in agricultural soils by 0.4% each year to help mitigate climate change and increase food security. While organic fertilisers and composts are limited and mostly decompose quickly, wood materials, which are mainly composed of lignin materials, offer an alternative microorganism decomposer as part of the new Forest CoCycle Management System, mentioned in this article. The Intergovernmental Panel on Climate Change (IPCC) provides an approach for estimating mineral soil organic C stocks from biochar amendments to soils; biochar has matrix functions on microorganisms and contributes not only to carbon sequestration, but also to effective microorganisms’ activity, which supports the co-existence with plants and microorganisms.

Despite these steps forward, accurately evaluating and quantifying natural capital remains problematic, with no standard practices agreed. At Hokkaido University and the NPO Shimokawa Research Institute for Forest Future Society (now NPO FutureForest Institute) in Japan, Professor Mitsuru Osaki and Mr Takashi Kasuga have been attempting to address this issue. In particular, they have developed a carbon-negative model for forest-based natural capital. Forest CoCycle Management is a forest management approach based on Coexistence, Cooperation, Cohabitation, and Cycles of energy, materials, cash-flow, and stock. The system helps to produce renewable wood energy, biochar for carbon sequestration and improved plan growth, microorganisms-decomposed wood materials for agriculture as organic composts, and economic timber products. To test their model, the researchers have focused their efforts on Shimokawa town, where they have applied cash-based methods to evaluate carbon and energy flows.

The forests of Shimokawa
Shimokawa is located in boreal northern Hokkaido, Japan, and the town’s land is heavily forested (64,420 ha, or 88% of the total area). More than a third of the town’s economic output comes from forestry, wood manufacturing, and agriculture. Shimokawa is sparsely populated, and of the residents who remain, a third are over 65 years old. However, the town has avoided the fate of many others in a similar position (which are slowly disappearing) owing to its 2008 designation as a ‘FutureCity’. The FutureCity programme, run by the Cabinet Office of the Government of Japan, designates model cities as test sites to tackle social issues, including rapid ageing and environmental degradation. According to the programme design, a FutureCity is one in which there is a self-sustaining socio-economic system, where ‘everybody wants to live’ and ‘everybody has vitality’. In particular, a FutureCity places emphasis on creating social value (eg, healthcare, security, culture), environmental value (eg, low carbon, good waste management, biodiversity protection), and economic value (eg, stable employment, tourism, urbanisation).

In Shimokawa, natural capital is concentrated in boreal forests and agriculture. In its capacity as a FutureCity, Shimokawa set out to achieve economic stability using its forest resources and the application of Forest CoCycle Management. Various initiatives have been introduced, with the town building on its existing strengths in its quest for sustainability. Forest management has been practiced in the area for generations; in the 1960s, between 40 and 50 ha of forest was planted and harvested each year. Today, via a 60-year tree nursing plan, approximately 50 ha of forest is used for logging and replanting. In addition, the town has embraced new technologies to optimise sustainable timber production (eg, a light detection and ranging [LiDAR] survey), instigated a zero-timber-waste policy (eg, the conversation of timber waste to wood biomass energy and biochar production), and installed wood biomass heaters and boilers.

The natural capital value exceeded the yearly gross production of the town by seven times.

In addition to purely monetary values, the data show that annual tree growth in Shimokawa exceeded the annual harvest of trees. Moreover, the town is carbon negative, meaning that on balance, the trees provided a CO2 sink to the tune of 107,249 t-CO2 /year, even when considering the CO2 emitted from industries and households. As a result, the town is able to issue J-credits; that is, carbon credits managed through a central scheme of the Government of Japan. On a more human level, the forest management and timber industries created local jobs, became a focus for study tours that bought visitors into the community, and provided a basis for social welfare in the town.

The continued survival of Shimokawa in the face of a dwindling and ageing population points to the success of sustainable natural capital schemes in preserving communities and the environment. Through their work, Osaki and Kasuga were able to take this a step further by quantifying the values of natural capital in the town and its benefits. However, the researchers stress that this is just a first step. Their NCV accounting exercise needs to be repeated and updated to monitor the situation and facilitate effective land management.

How have the demographics of Shimokawa changed since this initiative was launched? Has the population grown and/or become younger?

The population of Shimokawa is still decreasing. Between 2015 and 2020, the population declined by 11.9% because of ageing – currently, 40.2% of the residents are over 65 years old. However, entrepreneurs, artists, planners, and cookers, who are creating a new lifestyle culture, are bringing new life to Shimokawa. Also, the town is becoming increasingly popular for visitors wanting to commune with nature, care about their health and mental wellbeing, and work in agriculture, forest, and animal husbandry in the short term. 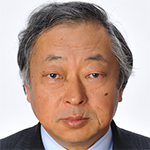 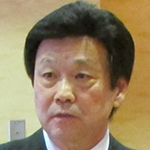 Takashi Kasuga graduated from Takushoku University in political economy and worked on regional sustainability and development at Shimokawa Municipal Government, Hokkaido Prefecture, Japan. In 2021 he was assigned by the National Cabinet Office to Director of Shimokawa Environmental FutureCity Promotion Project. Subsequently he became a Researcher of NPO FutureForest Institute and a member of Shimokawa Town Council.