Behavioural Sciences
Cooperation with others generates prosperity within human society, yet research into the evolution of cooperation, particularly indirect reciprocity, has left much unexplained. Indirect reciprocity involves assessment rules and draws on moral judgment. Most studies assume that people will consider all the information available to them before deciding whether to cooperate. Dr Isamu Okada, Associate Professor at Soka University, Japan, has integrated theory and empirical research and demonstrated that people participating in reputation-based cooperation exhibit selective inattention behaviour: while people willingly receive information, they do not automatically base their decisions on all of the information in their possession.

The ability to cooperate with others, including strangers, has generated prosperity within human society since the beginning of time. The evolution of cooperation has received much attention from social scientists, yet the concept of cooperation is still unexplained. Direct reciprocity is an acceptable explanation when there is repetition, meaning that A helps B, then B helps A, and so on. When the opportunity for such repetition does not occur, indirect reciprocity – where cooperation is based on reputation rather than repetition – offers a more substantial solution. Indirect reciprocity is effectively conditional cooperation. It is underpinned by social norms that enable us to distinguish between the good who deserve to be cooperated with, and the bad who should be refused cooperation. This can be observed with online services such as Amazon and eBay, where potential customers can check the vendors’ reputation and use this information to inform their decision of whether to make a purchase or not.

Indirect reciprocity involves assessment rules and draws on moral judgment. Studies have shown that these assessment rules achieve retributive justice, where donors cooperate with those who are good and do not cooperate with those who do not help the good. These rules are crucial to evolutionarily stabilise a cooperative regime. People acquire information through their assessment of others. With indirect reciprocity, the donor will decide whether or not to cooperate with the recipient based on the information that they have acquired regarding the recipient. The majority of studies assume that people will consider all of the information available to them. Dr Isamu Okada, Associate Professor at Soka University, Japan, is carrying out research that indicates, however, that this assumption is implausible, and that people participating in indirect reciprocity exhibit selective inattention in that they actually ignore some of the information that has been presented to them.

What data and whom data
Dr Okada explains that although people obtain a variety of information to assess other, the most important information relates to the previous actions of both donors and recipients. He refers to these as ‘what data’ and ‘whom data’ respectively. Cooperative donors attract a good reputation while uncooperative or defective donors attract a bad reputation – thus informing the what data. Since individuals can be both donors and recipients, theoretical analysis indicates that individuals who cooperate in their donor role whilst defecting against those with poor reputations when in their recipient role will also foster a good reputation. The evolutionary stability of cooperation therefore involves the consideration of both whom data and what data or, in other words, reputation information of both donors and recipients is required.

Dr Okada’s research involves bridging the gap, integrating theory and empirical research. Results from his social psychology experiment reveal that while people willingly receive information, they do not automatically base their decisions on all of the information in their possession. This indicates that selective inattention occurs in reputation-based cooperation.

Social dilemma experiment
Dr Okada recruited 152 university students to take part in his economic experiment where participants play an online social dilemma game that involved making decisions on whether to cooperate with the recipient players. The research focus was on the behavioural differences associated with the information that was disclosed to the participants during the game. Participants took part in more than 50 rounds of the ‘indirect helping game’. In each round information was available on the actions of the recipient as well as the recipient’s recipients in the previous five rounds.

Conversely, when the donor participants were informed that the recipients had previously interacted with players with good reputations and had good whom data, their decision-making was notably influenced by their recipients’ previous actions and the decisions depended on the what data.

Examining how we value others in order to foster cooperation with strangers essentially reveals our moral values.

Properties of indirect reciprocity
In addition to selective inattention, this investigation has revealed other properties of indirect reciprocity including justified defection, where participants declined to cooperate with bad recipients, and a prosocial chain, with participants promoting social acceptance. Dr Okada believes that these properties can be considered to be evolutionarily acquired traits. He continues: “Indirect reciprocity is a very social and complex cooperation mechanism that requires sophisticated cognitive systems and information processing. I believe that the properties we have identified have been an important adaptive basis for realising the complex cooperation mechanism.”

Throughout this research Dr Okada has sought to resolve the conflicts between existing theory and empirical research. He has extracted indirect reciprocal norms that enable stable cooperation to be maintained and underpinned these with both his theoretical and empirical studies. Dr Okada explains that examining how we value others in order to foster cooperation with strangers essentially reveals our moral values and demonstrates what we consider to be good and bad. He concludes: “In my future work, I would like to clarify the reality of human moral judgment by empirical studies and confirm whether it can maintain stable cooperation from an evolutionary viewpoint by theoretical analysis.”

Why do you think it has it taken until now to resolve the conflicts between existing theory and empirical research into cooperation?

<>Theories and experiments are complementary in nature, and the phenomena discovered by experiments are often explained by the rigorous logic provided by theory. But the conflict this time was due to the assumptions that theory and experiment were unknowingly (or unintentionally) based on. I am familiar with both theoretical and experimental research trends and can consider both issues equally, so I was able to build a framework to relax these assumptions. 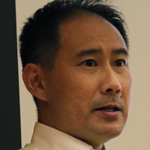 Dr Okada is refining the concept of cooperation prevalent in the social sciences to factor in selective inattention based on moral judgment.