Health & Medicine
Two human genes, HERC5 and HERC6 have protective effects against HIV and other viruses. Dr Stephen D. Barr from Western University, Canada, traces the evolution of these genes throughout human history and investigates their protective effects. His work has shown that these genes are involved in an evolutionary arms race, with host defence mechanisms and the virus ever trying to outwit one another. Increased understanding of the viral mechanisms involved may present novel therapeutic targets for antiviral treatments.

The immune system is part of the host’s defence mechanism against potentially dangerous pathogens, such as bacteria and viruses. However, many viruses have evolved ways in which they can avoid elimination by the cells of the immune system. These adaptations include avoiding detection or hiding from immune cells, interfering with host processes or preventing recruitment of immune cells to the site of infection.

HIV is one such virus which evades the immune response by preventing antibodies from binding to itself and by destroying immune cells, amongst other strategies. Understanding more about the mechanisms which viruses use to avoid antiviral activity is vital for the future development of antiviral drugs.

The HERC gene family and HIV
Several proteins induced by signalling molecules, called interferons, have previously been identified as exhibiting antiviral activity towards HIV. These proteins include those encoded by a family of genes called HERC genes. There are six HERC members that are classified into ‘large HERC’ proteins (HERC1 and HERC2) and ‘small HERC’ proteins (HERC3, HERC4, HERC5 and HERC6). The small HERC proteins are highly similar proteins of which only HERC5 and HERC6 are interferon-induced in humans. Although the functions of the small HERC family members are not fully understood, they do have antiviral effects.

Dr Stephen D. Barr and his team at Western University, Canada, previously discovered that the human protein called HERC5 potently inhibited the replication of human immunodeficiency virus (HIV), identifying it as a new candidate for HIV therapy. In contrast, whilst HERC6 also inhibited HIV replication, it did so to a much lesser extent than HERC5.

Based on this work, the Barr lab were also interested in the origin of the HERC5 gene and how its antiviral activity has evolved in vertebrates.

In order to do this, they searched genome databases to find the earliest emergence of the small HERC gene members and tracked their evolution through vertebrates over time. More recent versions, or distantly related versions, of genes can be recognised by matching similarities in their genetic sequences to their ancestral genes. In this way a family tree of genes can be made, which identifies the original genes and follows the changes and divergence of these genes over time and between species.

Dr Barr’s team showed that the oldest member of the small HERC gene family is HERC4. HERC4 is present in one of the few lineages of jawless fish that survive today, sea lampreys, which originated almost 600 million years ago. HERC4 has since duplicated itself three times at different evolutionary timepoints in the tree of life. The last expansion of the HERC family happened after the divergence of the ray-finned fish, such as eels, salmon and sturgeon, around 400 million years ago and this probably resulted in a duplication of the HERC6 gene which gave rise to HERC5. The earliest vertebrate identified to possess HERC5 was an ancient marine organism called the coelacanth, a type of fish that emerged over 400 million years ago.

Since viruses such as HIV have been in battle for so long, they have had time to learn ways to get around the host defence shields and become smarter.

To better understand how HERC5 and the other HERC proteins evolved in vertebrates, Dr Barr’s team compared dozens of evolutionarily divergent HERC proteins, looking for similarities and differences that might give clues about how the antiviral function of HERC5 emerged. One example of a program which they used for this complex analysis is the Structural Alignment of Multiple Proteins (STAMP), which aligns proteins based on their three-dimensional structures. The STAMP analysis showed that a particular region of the HERC5 protein that is key for antiviral activity, the RCC1-like domain, was highly similar in other HERC proteins and in HERC proteins from evolutionarily distant species, such as coelacanth and human. This highlighted the potential that HERC5 in other vertebrates, and perhaps other HERC proteins, may possess antiviral activity and that this activity has an ancient origin.

An evolutionary arms race
In order to avoid detection and destruction by the host immune defences, viruses continually evolve mechanisms to escape detection. To combat this, host defences must also evolve to keep pace with the viral adaptations. This evolutionary arms race, sometimes called the Red Queen hypothesis, is the driving force behind the battle to simply survive in a constantly evolving environment. This dynamic coevolution process is caused by a positive feedback loop; gain of fitness, or the ability to survive, in one organism must be met by an increase in fitness by the competing organism.

HERC genes originated in marine species; however, not all vertebrates possess HERC genes. This suggests that different forms of the genes emerged at different points during evolution, when they would confer a survival advantage to the host. Two of the more recent HERC genes, HERC5 and HERC6, were observed to have been involved in an evolutionary arms race with viruses for hundreds of millions of years. Because of this battle, these genes have developed sophisticated ways to put up a shield in cells to block viruses.

Using sequence analysis, the Barr lab showed that positive selection pressure is causing both HERC5 and HERC6 to evolve. For example, they have previously demonstrated that part of the RCC1-like domain in HERC5 has been evolving for over 100 million years in this way, providing further evidence that these genes are inextricably linked with viral evolution. Interestingly, HERC3 and HERC4, which also possess the RCC1-like domain, do not seem to be evolving under selective pressure despite being much older than HERC5 and HERC6.

Antiviral effects against other viruses
In order to assess whether the antiviral effects of the genes were effective against related viruses, Dr Barr and his team tested their antiviral activity towards a non-human virus, the monkey version of HIV called simian immunodeficiency virus (SIV). SIV is thought to be at least 32,000 years older than HIV, so it could be hypothesised that primate immune responses may be more evolved to target SIV compared to HIV. They tested HERC5 and HERC6 as these exhibited both the strongest and the weakest antiviral effects in human cells.

Two of the more recent HERC genes, HERC5 and HERC6, were observed to have been involved in an evolutionary arms race with viruses for hundreds of millions of years.

Since viruses such as HIV have been in battle for so long, they have had time to learn ways to get around the host defence shields and become smarter. Consequently, this new level of sophistication can allow these viruses to jump the species barrier to establish new infections in humans, a process called zoonosis. An interesting comparison would be to infect monkey cells with the viruses to see whether the observations from human cells are also seen in another species.

Development of novel therapies
Dr Barr’s work investigating the arms race between genes and viruses has provided new insights into how both the immune system and viruses have evolved. The work by the Barr lab has highlighted that the HERC family are likely to have an important role in intrinsic immunity. Dr Barr’s ultimate goal is to discover more about the mechanisms which viruses use to inactivate HERCs and other similar antiviral proteins. In doing so, he provides a window of opportunity by which this knowledge can be exploited for the development of novel antiviral drugs. If these mechanisms can be specifically targeted, antiviral genes such as HERCs will remain active during infection and will increase viral clearance and therefore improve the outcome for the patient.

How do you plan to further develop your understanding of the antiviral effects of the HERC proteins?

<>We are currently comparing the antiviral activities of evolutionarily diverse HERC proteins towards HIV and other viruses such as Ebola virus to better understand how broad the antiviral activity of HERCs are, and to discover how viruses evade these HERC proteins for survival. We also hope to test these effects in animal models that are more biologically relevant to the human immune system.

Evolutionary arms race: A 400 million-year-old battle between HIV and ancient genes, HERC5 and HERC6 was last modified: May 22nd, 2019 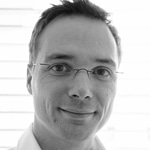 Dr Barr obtained his PhD in Molecular Biology from the University of Calgary under the supervision of Dr Lashitew Gedamu, studying a family of antioxidant proteins called Peroxiredoxins and how they protected cells from infection by Leishmania. He then studied various aspects of HIV biology as a Postdoctoral Fellow with Dr Rick Bushman at the University of Pennsylvania. He continued his Fellowship with Dr James Smiley at the University of Alberta where he studied the host interferon response towards HIV. In 2008, Dr Barr became an independent investigator where his laboratory continues to study the host interferon response towards viruses such as HIV and Ebola virus.

Dr Stephen Barr’s work aims to illuminate the evolution of the HIV virus and the family of HERC genes that inhibit HIV. 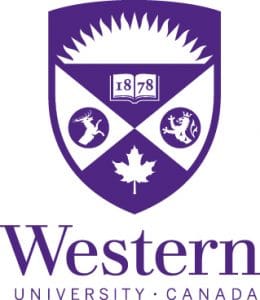