Engineering & Technology
Prof Sudhangsu Chakraborty’s book takes us on a very personal journey, detailing his life and work. His life story serves to highlight the pre-eminent role that engineers play in society. Engineers bridge the gap between art and science, often creating artifacts that are technically innovative but also become landmarks. Chakraborty points out the importance of engineers playing a role in governance and project completion as well as at the concept and design stages of a project.

Professor Sudhangsu Chakraborty, a prominent structural engineer, has written a book detailing his life and work, beginning with his recollections of his childhood in India (falling in modern-day Bangladesh), and covering a long, distinguished career that took him all over the world. Chakraborty is at pains to emphasise the pre-eminent role that engineers play in society, bridging the divide between art and science to create buildings and infrastructure that improve lifestyle of the population as a whole. Engineers are creators who use their analytical prowess and training combined with creative and practical skills to serve the society of which they are a part. His life demonstrates the key role of engineering innovation in nation building and creating a modern, sustainable lifestyle for all.

Chakraborty’s work across much of the world, particularly Asia and Africa, is too extensive to delve into in much detail in this article. However, the reader is left with a clear sense that he has contributed a huge amount to nation building via his work. Chakraborty himself is keen to stress that the role of engineers in society is sometimes overlooked, as they work silently and most often behind the public eyes. However, engineers innovate by blending their scientific and mathematical skills with a practical mindset to improve life for many.

Engineering: An art and a science
Prof Chakraborty argues that engineering scientists are creators. He reasons: “Engineers become creators by the sheer dint of their efforts, education, professional understanding and practice and research, supported by their institutions. They serve society in many ways, imparting pride to the profession through their impressive accomplishments. Engineers are also leaders: demonstrating what human endeavour is capable of. This dual mandate, as a worker and a leader, is a fine balancing act. This requires skills above and beyond those that go into seamless engineering.”

Chakraborty’s life demonstrates the key role of engineering innovation in nation building and creating a modern, sustainable lifestyle for all.

In a private university near Thanjavur in Tamil Nadu, a street is named after the eminent 20th century engineer and governor Sir Visvesvaraya and the Dewan (loosely, the Chief Administrator) of the Princely State of Mysore. His name is however more readily associated with his pioneering engineering accomplishments, particularly the Krishnaraja Sagar Dam, than for his administrative excellence. Tellingly, although the institution is largely focused on engineering, most of the streets are named after scientists and mathematicians, bar a few aerospace engineers. This feels like a missed opportunity to promote the role of engineers in the development and welfare of society.

Chakraborty brings our attention to a well-known engineering quote, “The scientist seeks to understand what is; the engineer seeks to create what never was.” This is a key point: engineers are creators first and foremost. Engineers are practical scientists: it is one thing to research and acquire fresh knowledge, but this knowledge needs to be applied through practical business paradigms and seamless engineering. As human beings, replicating established procedures is attractive to us: the well beaten road is often the safest, while innovation always entails a venture into unknown terrains, along unfamiliar paths. Ultimately, the skill of an engineering scientist is in encouraging innovation rather than just adhering to set procedures.

The Kieler Horn folding bridge in the German city of Kiel is a prime example of engineering creativity. The bridge has become a tourist attraction in the locality: its practical use to the economy is also evident each time it folds in three parts to allow a vessel to pass to and from the port. The Eiffel tower is also an example of a brilliant engineering creation that is loved by millions. It was built in 1889 by engineers of the company owned by Gustav Eiffel in the face of adverse criticism from architects and the contemporary Paris literati. Today, it is the most visited monument in the world.

The achievements of engineers are brilliantly showcased in the 1450 ft Willis Tower in Chicago, structurally and innovatively designed by Fazlur Rahman Khan. The tower pioneered the so-called bundled tube structure, which revolutionised the building of skyscrapers, and has been used many times since, including in the Burj Khalifa structure in Dubai.

Another key example of the creativity and ingenuity of engineers is the Second Vivekananda Bridge Tollway project: the provision of a second bridge across River Hooghly for northern Kolkata. Engineers used an innovative structural system known as the extradosed bridge and overcame the considerable challenges associated with building in a central location just 50 m from the existing bridge. Notably, the very people who marvel at this creation often don’t know the names of the engineers who designed the project. Indeed, engineers work silently behind the scenes. Products made by engineers come to people as an accomplished work; little do they come to know of the intense involvement and hard work invested. The only time society wakes up to the presence of the engineering community is, unfortunately, when a disaster happens.

To Chakraborty, engineers are “rational and analytical artists, creating masterpieces that excite people while serving them and also expanding the scope of their profession. They indeed are a special breed for the simple reason they have defined what appears to be an oxymoron – rational artist.” 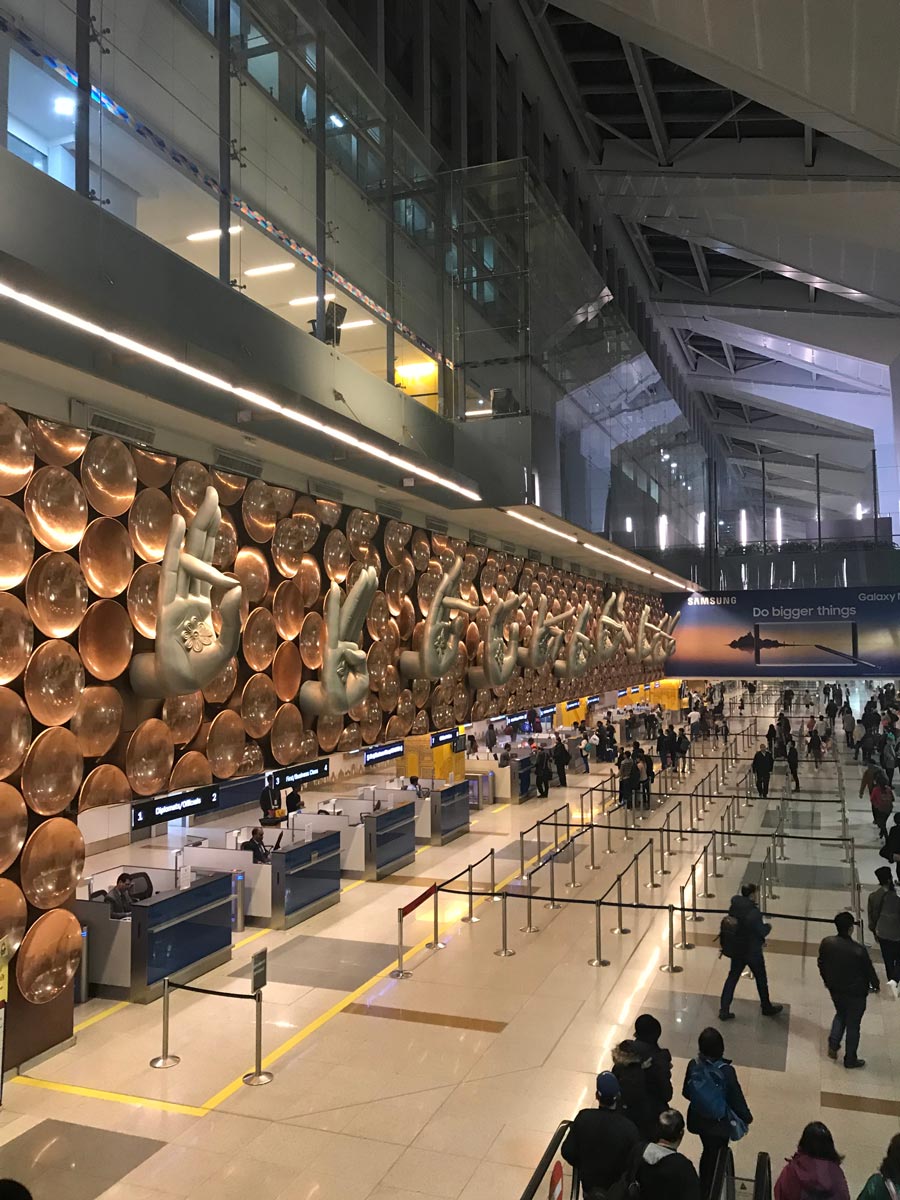 Engineers in governance and project implementation
Another important point is that engineers must be involved in the planning of projects, rather than merely being involved at the design stage. Unfortunately, engineers are often not asked to be involved in the planning stages of major projects, resulting in the original concept being modified during implementation resulting in a structure that may not reflect the original concept. A great strength of the Vivekananda Bridge project was the involvement of engineers at key planning stages. Again, it would be valuable for engineering education to include more about how to lead and manage projects.

Without the involvement of engineers, many projects tend to be delayed and experience implementation problems. It is important to have sufficient time for doing proper technical due diligence, the process of government procurement, and so forth. Engineers must be involved in implementation and governance as well as taking technical decisions.

As Chakraborty puts it, “It is only by sitting at the high table and raising our voice, that engineers will get back to their glory days of deep and wide appreciation from society. When the fifth industrial revolution commences, it is the engineering scientists who will interface with Nature. That is how civilisation will move forward.” 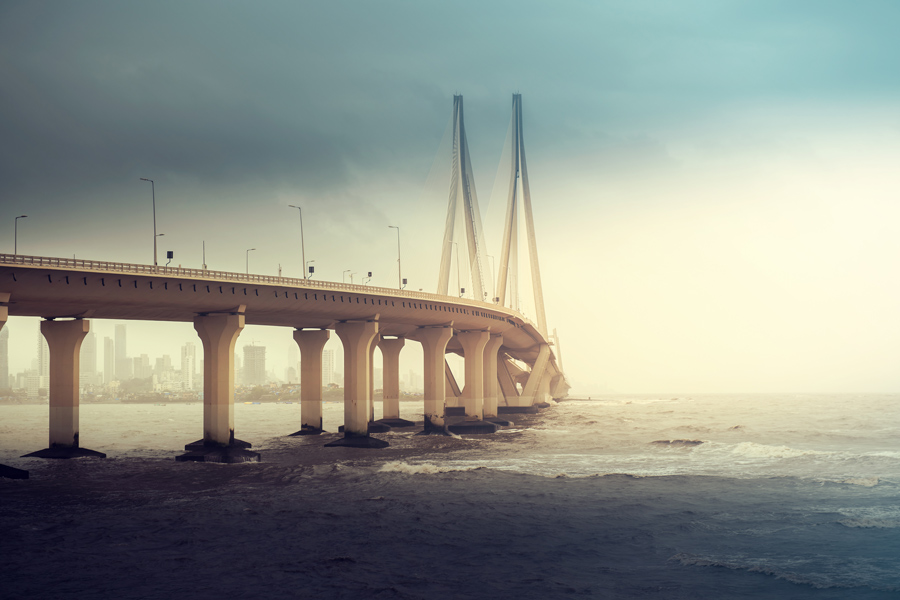 How do you think engineers can contribute to the fifth industrial revolution?

<>We are in the cusp of fifth industrial revolution aiming to make the world “better” and more “efficient”. Beyond leveraging the benefits of being a “digital native”, the engineers would like to be more creative; and such creativity will interface with Nature.

Even in the current COVID-19 crisis, amalgamating health, technology and science, a digital health ecosystem is being created, as engineers are changing their toolkit more expansively by holding firm against pulls of traditional products and design. Disruptive risk assessment and corresponding allocation is now a part of this enlarged toolkit. It must be so acknowledged by leaders of society, as we, engineering scientists, are working for the Future as well as driving the Future.

Engineers’ pre-eminent role: An account of six decades in the industry was last modified: August 12th, 2020 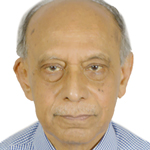 Prof SS Chakraborty is chairman of the Second Vivekananda Bridge Toll way Co, and Chairman Emeritus of Consulting Engineering Services. He has directed his efforts towards achieving developmental goals through quality professional interventions in an inclusive and sustainable manner. Many of his designs have contributed to paradigm shifts and established precedents through innovations globally. He is recipient of various life-time achievement awards nationally and internationally, including Indian National Academy of Engineering and Institution of Civil Engineers (UK).

Professor SS Chakraborty’s prestigious engineering career has provided overall guidance ensuring coordination among multiple disciplines for infrastructure facilities in India and overseas. The main fields of his expertise are capital-intensive engineering projects, including end-to-end design of many long-span bridges. His expertise extends to all aspects of planning design and cover various fields such as agriculture, environment and healthcare.