Health & Medicine
Dr Aida Serra of the IMDEA Research Institute Food & Health Sciences in Madrid, Spain, together with Dr Siu Kwan Sze of Nanyang Techological University, Singapore, and Dr Xavier Gallart-Palau at the Institut Investigació Sanitària Pere Virgili, Tarragona, Spain, is driving forward research concerning the mechanisms underlying Alzheimer’s disease (AD) and its progression. To do so, they are focusing their efforts on intercellular communication via special cellular carriers called extracellular vesicles (EVs). Recent research has indicated that changes in the neurovascular unit and in sustained blood flow highly influence EV molecular profiles in the brain. The researchers have also unveiled that EVs may be implicated in the impairment of cellular maintenance mechanisms underlying AD.

Alzheimer’s disease is well known to be the most prominent cause of cognitive decline and dementia. The most well-recorded neuropathological signs associated with this devastating disease include the accumulation of senile plaques and neurofibrillary tangles observed in autopsies of AD-disease brains. These agglomerations are usually caused by a build-up of proteins, namely amyloid beta and Tau. Amyloid-beta protein is derived from a precursor molecule known as amyloid precursor protein (APP) which is predominantly produced by neurons in AD-diseased brains. Although the accumulation of proteins like amyloid-beta is a primary sign of AD, its development and progression, this process is also evident in non-AD-diseased brains undergoing the natural aging process.

Researchers have inevitably come to understand that other molecular mechanisms underlying AD progression are at play. Dr Aida Serra of the IMDEA Research Institute Food & Health Sciences in Madrid, Spain, in collaboration with Dr Siu Kwan Sze of Nanyang Techological University, Singapore, and Dr Xavier Gallart-Palau at the Institut Investigació Sanitària Pere Virgili, Tarragona, Spain, are one group of a litany of researchers who are endeavouring to elucidate the subtle molecular topologies within the landscape of AD that may contribute to its progression.

Extracellular vesicles
Dr Serra and her colleagues have been investigating the small nanoscale lipid vesicles responsible for the transportation of cellular matter, including signalling lipids, proteins, and genetic information. Lipids are fluid structures made up of chains of hydrogen and carbon molecules. They can form complex or simple structures making up materials like fats, waxes, hormones, oils, vitamins, and most of the cell membrane not constituted of protein. Lipid vesicles like extracellular vesicles (EVs) can, therefore, be described as structures residing within or outside of a cell that contains fluid or cytoplasm (cellular liquid) enclosed by a lipid bilayer.

Alzheimer’s disease is well known to be the most prominent cause of cognitive decline and dementia.

Different types of EV
Most cells within the tissues of the body contain organelles (the ‘internal organs’ of a cell) that have surfaces made up of lipids like the EVs. Some EVs form by budding from the cell’s lipid plasma membrane enveloping its cargo as it forms. These types of EVs are called microvesicles and may also include apoptotic bodies and oncosomes. EVs can travel outside of the cell into the intercellular space and act as important messengers for intercellular communication. This allows for the efficient operation of a variety of important processes. Another type of EV is called an exosome and involves the inward cellular machinery through the multivesicular bodies to form intracellular vesicles that carry material from the cell surface and extracellular space.

EVs are known to be able to pass between cells of the same or different tissues, exchanging their cargo as they go. EVs can enter and leave the central nervous system (CNS), being able to pass through the blood-brain barrier. While studies exist to confirm this and other EV pathways, little is known about if or how these extracellular vesicles contribute to diseases of the CNS like AD.

EVs and neurovascular unit dysfunction
In 2019, Dr Serra, Dr Sze, Dr Gallart-Palau, Dr Hase and Dr Kalaria endeavoured to elucidate whether cerebral hypoperfusion (CH) alters the molecular composition of EVs while affecting the neurovascular unit in preclinical and clinical human dementias. Hypoperfusion defines a situation where there is a reduced amount of blood flow to organs and tissues of the body. The researchers used mouse models that were fitted with microcoils near the main artery supplying blood to the brain. This process is called bilateral common carotid stenosis (BCAS) and was used to limit blood supply, and therefore the flow of oxygen to the brain. Control mice underwent Sham (fake) surgery, without the insertion of a microcoil. The EVs from the brain tissue and circulating EVs were then analysed. Additionally, molecular profiles of EVs were compared between the BCAS and postmortem human brain tissues once affected by preclinical AD and mixed dementias (Dem).

EVs and AD progression
In a study published in 2020, the research team used unbiased proteome-wide analyses of EVs derived from brain tissue of donors that showed histological signs of AD, Dem, and age-matched controls to investigate their potential role in AD progression. The proteome is the complete set of proteins expressed by an organism.

Results from this study indicated that the biological synthesis of EVs becomes altered during the preclinical stage of AD. This was illustrated in their data which showed an increase in EV proteins along with an increase in EVs characterised by MHC (major histocompatibility complex) class 1 markers. MHC class 1 markers or antigens are essentially protein complexes on the surface of all cells within the body (except blood cells) that present pathogenic antigens or ‘non-self’ materials from bacteria or viruses to other cells responsible for destroying the pathogenic material. MHC class 1 complexes are therefore integral for cellular immunity and keep the body safe.

In previous studies, MHC class antigen-containing EVs have been attributed to bone marrow dendritic cells (DCs). Studies have shown that the functional properties of DCs change in response to amyloid-beta toxicity, inducing the release of proinflammatory molecules. In the study by Dr Serra and colleagues, findings provide palpable evidence supporting the mediation of the interaction between DCs and amyloid-beta by EVs.

The group’s research has highlighted the importance of brain EVs in AD neuropathology establishment and progression.

The presence of GABARAP protein was also observed in EVs, but its inclusion was disrupted in the post-clinical stages of AD. The LAMP1 protein, associated with lysosomes, was found to be lacking in EVs but was significantly upregulated in brain tissues during the course of AD. The GABARAP protein is essential in the process of breaking down an organelle known as the mitochondria in cells and for the closure of vesicles in mitophagy (degradation of the impaired mitochondria).

The 2020 study headed by Dr Serra, Dr Sze and Dr Gallart-Palau highlighted the significance of EVs in the neuropathophysiology of AD. At the preclinical AD stage, EV content reflecting proinflammatory and neuropathological features aligns with impaired autophagy (removal of dysfunctional cellular components).

Conclusion
Taken together, the international collaborative research has highlighted the importance of brain EVs in AD neuropathology establishment. Their research has also garnered further evidence of the effects of hypoperfusion on the neurovascular unit with particular attention focused on changes in EV protein content that may be implicated in the several pathological responses in human dementias. Specific EV markers for AD prognosis have been identified and, in the future, might be used for generating new therapeutic interventions.

Do you plan to investigate other dietary compounds for their anti-tumour properties behind capsaicin?

<> It has been proposed that future pharmacological interventions focused on suppressing EVs biogenesis might potentially provide therapeutic outcomes in AD. Although this might be true, we still need to know what kind of vesicles should be targeted by these therapeutic actions (exosomes vs. microvesicles). We need also to know what kind of potential targets in these vesicles should be antagonised to avoid the harmful effects of EVs on the spreading of the disease. Similarly, we need to understand how to potentiate and which kind of vesicles and molecules are implicated in the compensatory effects that brain EVs provide to compensate the effects of several classic neurodegenerative hallmarks including inflammation, proteinopathy and angiogenesis. 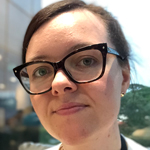 Dr Aida Serra is senior researcher at IMDEA and head of +PecProteomics. Dr Serra was recently awarded with the Talento senior funding programme (Comunidad de Madrid, Spain) to research on the biogenesis and function of extracellular vesicles in human health and disease by mass spectrometry proteomics. 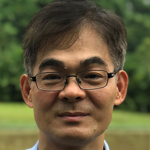 Dr Siu Kwan Sze is head of the proteomics unit at the Nanyang Techological University, Singapore.
Dr Sze is a world-renowned expert in neuroproteomics and the biochemistry of hypoxia-related human diseases. 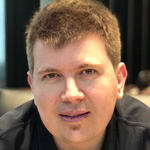