Arts & Humanities
On December 11 2019, one of the two members of the Appellate Body (AB), the appeals board of the World Trade Organization (WTO) retired, an on-the-face-of-it innocuous event, but one which may lead to the disruption of the global economy in the near future. Professor Julien Chaisse at The City University of Hong Kong explores this issue. He examines the idea that with the body down to one member, and the appointment of more members being blocked by Trump’s administration, this vital part of the WTO’s dispute settlement mechanism is suspended and trade wars such as the current USA-China one, may become more common.

The World Trade Organization (WTO) is an international non-governmental body that we’ve all heard of, and yet most of us are not entirely sure of what it is, what it does, nor how it was created. Essentially it provides the legal ground-rules for international commerce, binding governments to conduct their trade and trade policies according to an agreed set of principles and rules. Although negotiated and signed by governments, the goal is to help producers and providers of goods and services, exporters, and importers conduct their businesses. The WTO’s main objective is to help trade flow smoothly, freely, fairly and predictably, and has been in place since 1995.

The WTO replaced the General Agreement on Tariffs and Trade (GATT), the body set up in 1947 to help rebuild the world economy after World War Two. This initially consisted of mediation by working parties of trade diplomats, which, over time gave way to increasingly rules-based adjudication by panels of independent experts. However, it was run on the philosophy of “positive consensus”, which meant that any party could veto any part of the process. Despite being initially successful, its main drawback was that it was slow and could easily get deadlocked, which encouraged participants to bypass it altogether to find unilateral or bilateral agreements, that commonly ignored third party interests, often creating more problems.

From the 1970s many nations began to call for reform, and after almost eight years of negotiations from 1986-1994, the WTO was born. There were three features that distinguished it from its predecessor under its new Dispute Settlement Understanding (DSU). The first was that trade would include services, government subsidies, and intellectual property rights. The second was that it would not be run on “positive consensus”, but upon the idea “reverse consensus”, which meant that instead of each country wielding a veto, all countries would have to agree to reject a ruling. The third was that all information about the resolution of disputes was transparent, so that companies and service providers, both upstream and downstream, could plan more effectively for any changes that might occur.

Any disputes between nations are settled using the WTO’s Dispute Settlement Mechanism (DSM), which deals with these trade-related legal spats among the member countries. The WTO’s DSM is made up of two tiers. The first tier is where the disputes are adjudicated by ad-hoc panels, while the second tier is the WTO’s appeals mechanism – what is called the ‘appellate body’ (AB) of consensually-appointed members.

The AB provides binding decisions on the members in their disputes and WTO members have almost always adopted the AB’s rulings. As a result, the level of efficiency of the WTO dispute settlement system is extremely high, and stands above most adjudicatory mechanisms in other international institutional set-ups. In short, the AB has been essential to maintain stability in international trade for the benefit of all nations, producers, sellers, buyers, and consumers for the last 25 years, and has been called the crown jewel of the multilateral trading system.

The WTO’s main objective is to help trade flow smoothly, freely, fairly and predictably, and has been in place since 1995.

What’s the problem?
Over the last quarter century, member countries have used the WTO dispute settlement mechanism far more than they did the GATT one, and by-and-large it has been successful. It has dealt with roughly ten times as many disputes annually as its predecessor, with two-thirds of these going to appeal with the AB, and four-fifths of the decisions upheld. While most disputes in the early years involved the USA or EU (who generally “won” more than their fair share), in more recent years, the emerging economic powers of China and India, as well as many smaller nations, have been increasingly using the system in order to protect their economic interests. An integral part of the system is the ability to appeal panel decisions with the AB.

The AB generally consists of seven members, but as of mid-2017, it was reduced to three members which is the minimum number of members required for its functioning. When the time for new appointments came due to death and retirement, the United States under the direction of Donald Trump, blocked them, raising concerns that the AB has functioned as a “court” and that Washington DC never agreed to this style of its functioning in 1995 during the establishment of the WTO.

Then on December 10th 2019, two of the members of the body completed their terms and with just one sitting member, the body is now practically defunct which some international observers have called an “existential crisis”. Many observers think that the WTO system without the AB will move back to the GATT days where political power influenced the adoption of decisions rather than the rule of law. This is perhaps Trump’s plan, in that the USA will be able to use its global economic dominance in order to gain favourable trade agreements. While these same observers claim that there will be under-enforcement of laws, the author does not agree. Chaisse believes the problems will lie in the other direction, as there may be a greater risk of the demise of the AB with over-enforcement. Without an appeal with the AB, the winning party of a trade dispute may escalate retaliation of the legal violations of the losing party much above the actual violations, and thus lead to destabilising trade wars.

How will this affect trade?
We have witnessed this over-enforcement issue outside of the WTO in the recent past. The US has imposed unilateral tariffs on steel and aluminium imports under the garb of “national security” concerns. Countries including India have retaliated and have imposed counter-tariffs on US imports; a further headline example is the current US-China trade war is that has escalated tremendously with no solution in sight for the near future. If this unilateralist syndrome also plagues the WTO, then countries may keep retaliating against each other and raise trade barriers with no end in sight.

The real danger is that the global market will fall foul of multiple nations wielding these short-term unilateral threats and economic actions which will be as bad for the smaller economies as the big. The economies and businesses of all nations have all become used to running on economic models of free trade and predictable open markets, so destabilising trade wars are bad for everyone in the long-term.

Professor Chaisse’s research shows that all WTO Members have an interest in a DSM that functions smoothly and effectively.

WTO’s shortcomings, and solutions
That is not to say that the WTO’s Dispute Settlement Mechanism is without problems. As time goes on, the duration of individual cases gets longer and longer. While over half of all disputes are settled at the consultation period, the time taken for the formation of a DSM panel to the issuance of their report has grown from the original six months to an average fifteen months, and compliance often takes three times longer than the initially envisioned three months. Much of this comes from the fact that with 25 years of rulings, there is vastly more evidence and expert input to be considered. The author believes that, for instance, it should be possible to place limits on the number and length of submitted materials as virtually courts do in the world. Moreover, it would be wise to expand the capacity of the WTO secretariat to support dispute panels because the administrative WTO support could help the organisation to better meet Members’ demand for its adjudication processes.

Although, that’s all hypothetical if new members cannot be appointed to the AB by the member states of the WTO, which basically means getting the USA to play ball.

Chaisse’s research shows that all WTO Members have an interest in a DSM that functions smoothly and effectively. Prof Chaisse summarises: “The challenges facing the DSM today are political, more than legal. Addressing them requires sophisticated political negotiations, mutual understanding and cooperation, both within the WTO and elsewhere. In any case, it is certain that unilateral action cannot achieve governments’ goals, nor those of key stakeholders such as business.” 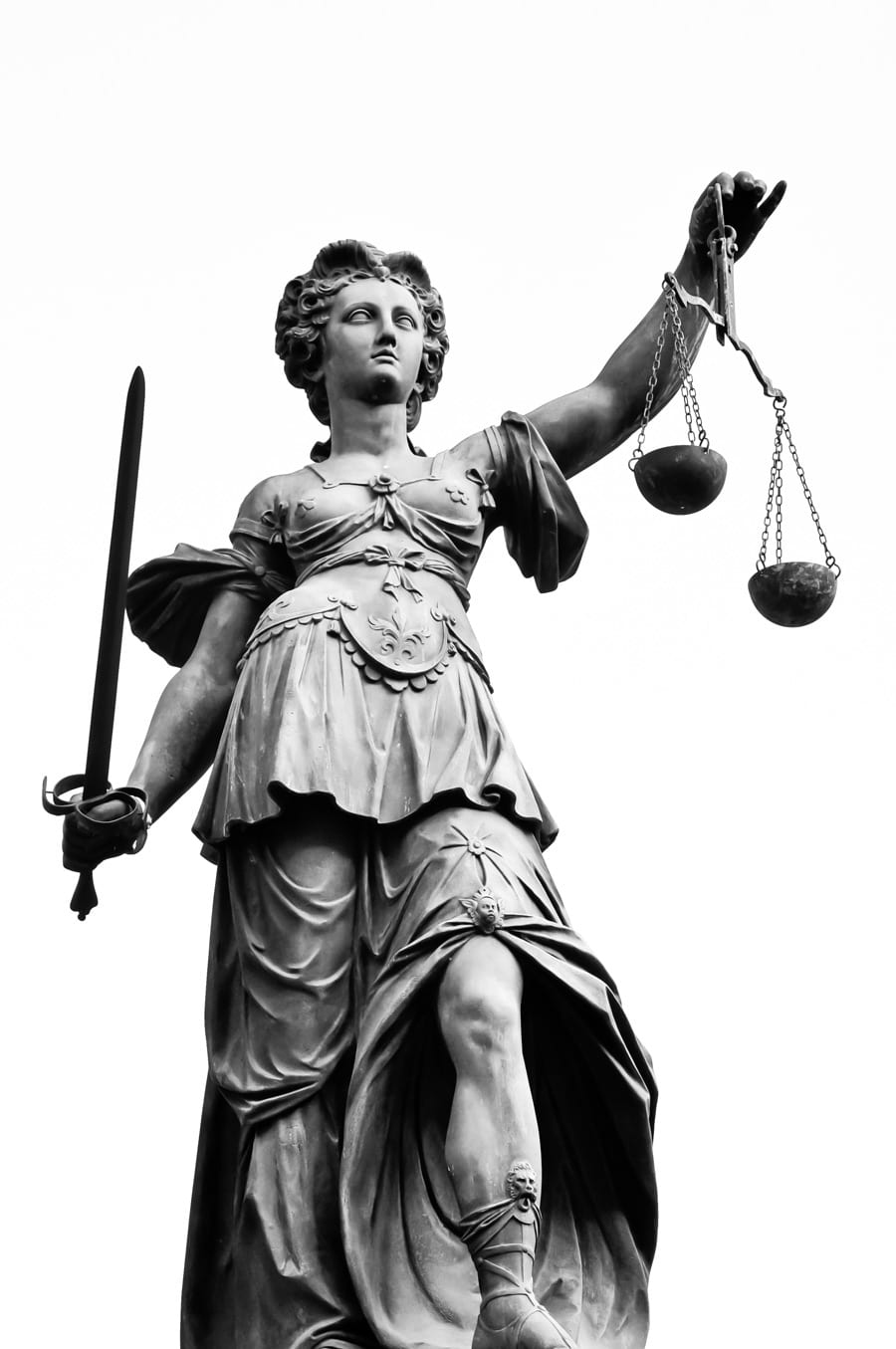 Are we just going to have to wait until Trump leaves the world stage, or are they any specific strategies the international community can use in order to get the AB/WTO up and running again?

<> There are specific strategies that can be implemented immediately such as introducing greater flexibilities in the way WTO adjudication process works, strengthening the WTO secretariat capacity to support litigating parties, and demonstrating that a modernised WTO can address new issues and challenges of today.

What do you see as the most pressing future challenges for WTO members?

<> The first most pressing challenge is the likely increase of trade disputes. Without an appeal with the AB, the winning party of a trade dispute will very likely escalate retaliation of the legal violations of the losing party much above the actual violations, and thus lead to complex, long lasting and destabilising trade wars. The second most pressing challenge relates to the risk of losing relevance for the dispute settlement body which has been the cornerstone of WTO success over the last two decades. Members must protect, modernise, and revive the DSB if they want to get through the ongoing and forthcoming trade wars. 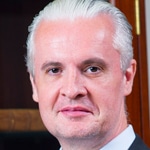 Julien Chaisse is Professor at The City University of Hong Kong, School of Law. He is an award-winning scholar of international law with a special focus on the regulation and development of economic globalisation. His teaching and research include international trade/investment law, international taxation, arbitration, and Internet law.